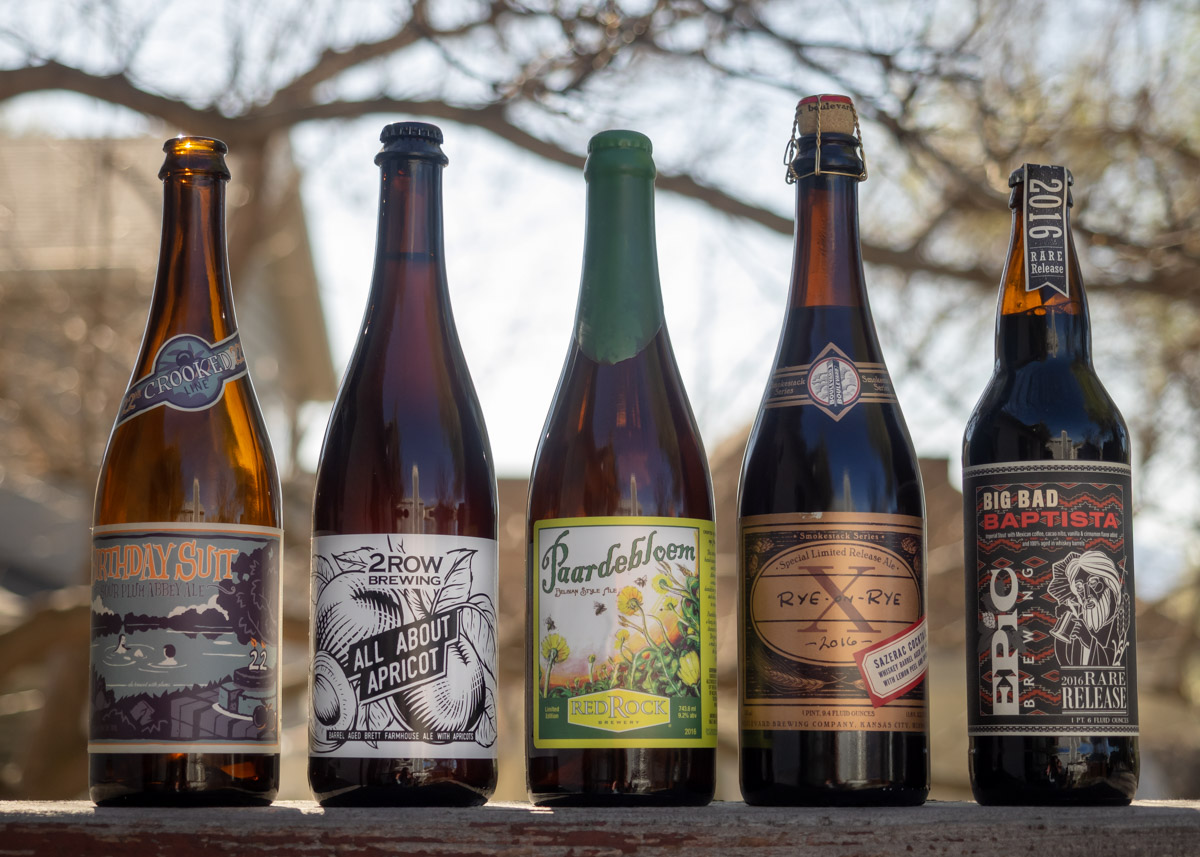 When stuck at home with dwindling funds, the time has come to finally put a dent in that dusty hoard of bottles you have stored in the cellar. I love collecting all the new beer releases from local breweries, but that habit has produced what feels like an insurmountable stockpile that really ought to be enjoyed before it has passed its prime. Although some beer ages well, there is a limit to the number of years any beer should be allowed to remain tucked away. It can be interesting to observe how beer changes over time, but the longer you wait, the higher the chances it has reached over-the-hill status. Yes, I know you are saving them for a special occasion, but too often the perfect moment to pop the cork never seems to come. What better occasion is there than the end of the world? You can’t take ‘em with you when you go, so drink up! 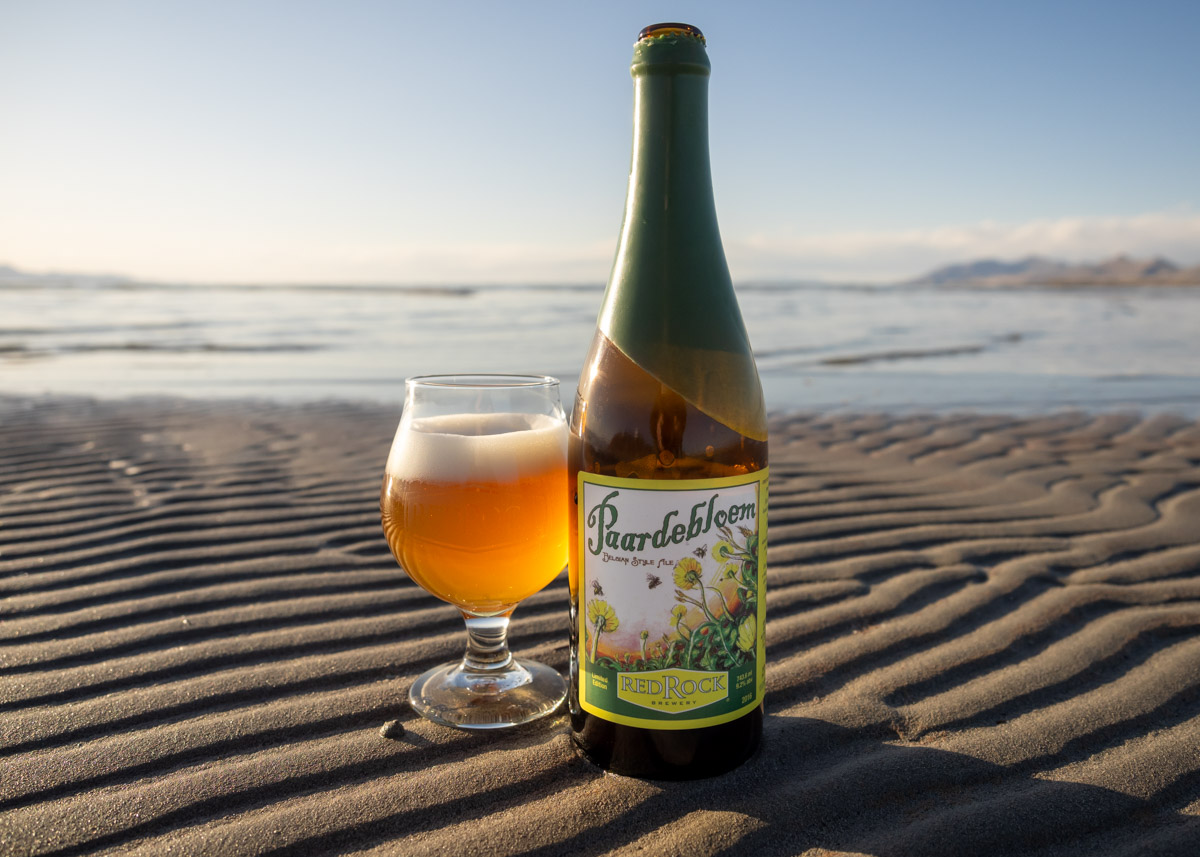 The name of the beer is Flemish for “dandelion” in reference to the dandelion greens used for bittering. The Belgian-style ale is made with hand-toasted Pilsner malt, grains of paradise, fresh peaches, and of course, dandelion greens instead of hops. The beer spends a year in chardonnay barrels before being blended and bottle conditioned with Champagne yeast. For more on the process, read Lauren’s Paardebloem article from 2016. There is a reason this beer sells out so quickly on release day.

If you are going to age a beer, this one does wonderfully! Bottle conditioning is great for the aging process because there is live yeast in the bottle still working and adding complexity to the beer. As I sip it, I notice the delicate fruit notes and esters from the yeast are going strong along with a delightful lemony tartness and dry, oak finish. There is just a touch of bitterness at the end from the dandelion greens and some subtle hints of spice. Life always seems a little bit brighter when I open a bottle of Paardebloem. 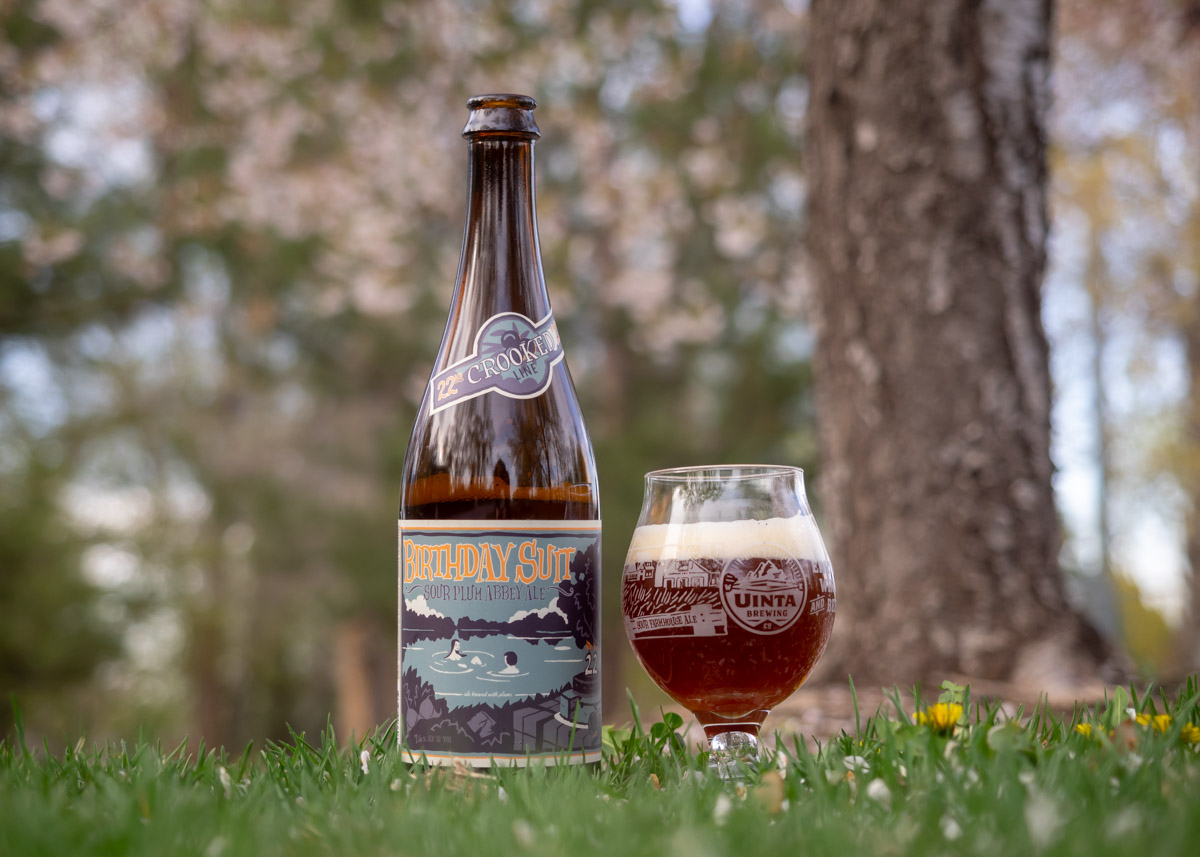 When it comes to birthdays, Uinta Brewing sure knows how to party! Since 2012, when the brewery celebrated its 19th anniversary, there has been a new special “Birthday Suit” released to mark the occasion. The beer is different each year, but they have typically been some form of sour ale. Sour ales can age rather well because they often have wild yeasts and microflora that help flavors evolve over time. This vintage brewed with plums and a traditional Belgian abbey yeast strain, fared rather well. The intensity of the sourness faded to reveal a sweeter base behind the essence of tangy dried fruit and funk. Thanks to Uinta for giving us this gift every year, and many happy returns! 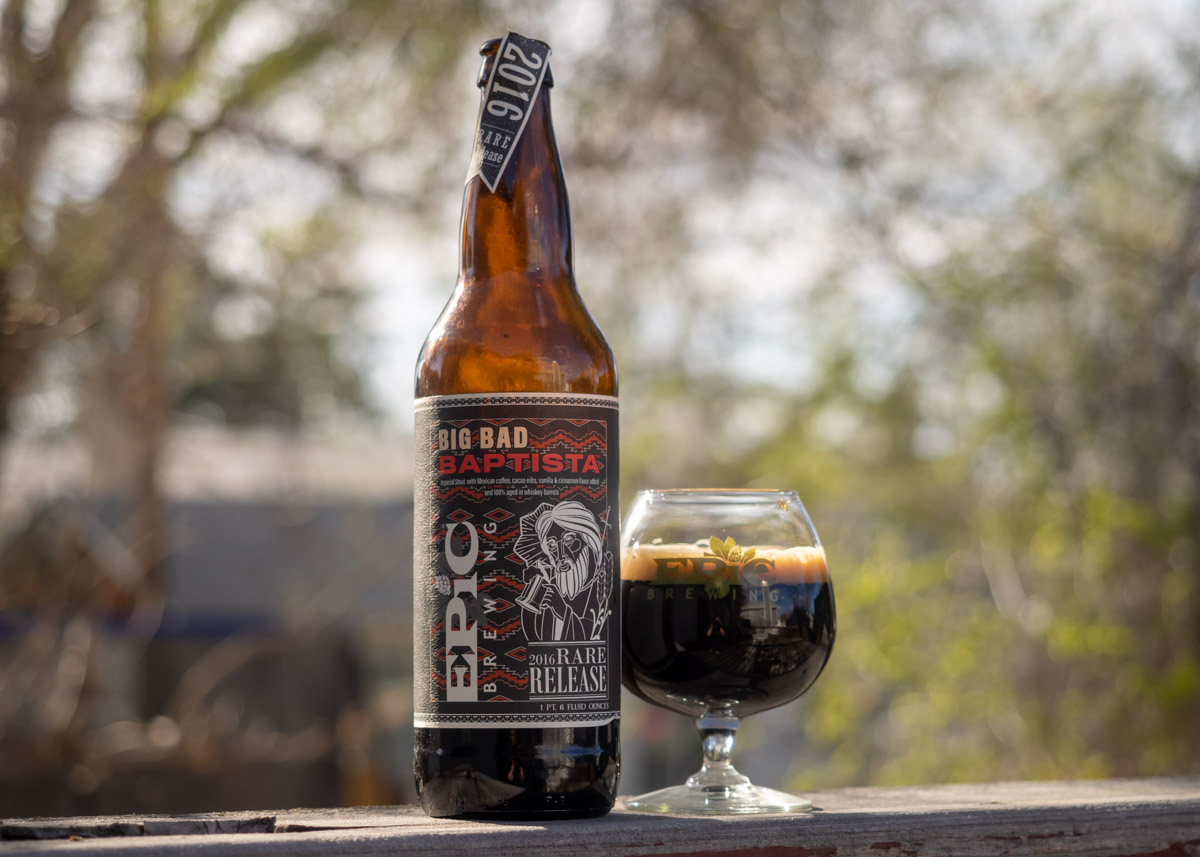 For years Epic Brewing has been brewing the popular Big Bad Baptist Imperial Stout made with coffee and cocoa nibs then aged in whiskey barrels. I have been a big fan myself and wrote an article, Big Bad Baptist for Dessert, back in 2015. Rich, malty beers with high alcohol content tend to hold up well to age, but coffee can be a different story. Best case scenario, the coffee only fades a bit, but sometimes it can develop a bell pepper flavor. Best to be a bit more conservative when aging coffee beers.

In 2016, Epic began to release variations of the original, including Big Bad Baptista. This version, inspired by Mexican coffee, has vanilla and cinnamon in addition to the coffee and cocoa nibs. There have been other BBB variants since, but this remains one of my favorites! Since this bottle is about 4 years old, I was worried that it might have deteriorated, but was pleasantly surprised. The sweet, boozy stout still has very detectable spices and vanilla notes. What a treat! 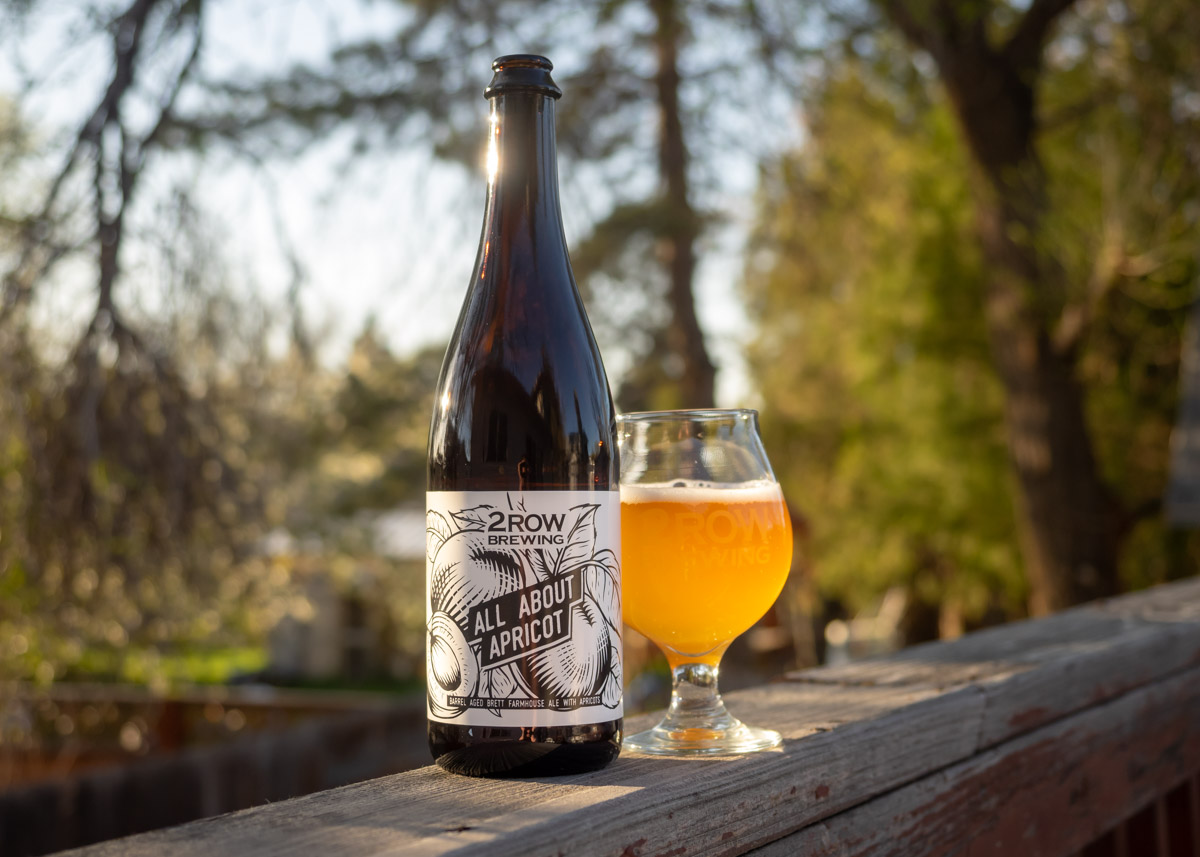 All About Apricot – Two Row Brewing

Released in May of 2019, this chardonnay barrel-aged Brett farmhouse ale made with apricots, is the youngest beer in this lineup. Brettanomyces (Brett for short) is a wild yeast that really takes its time but can add unique and multifarious flavors to a beer. Brett beers are fun to cellar because they are ever changing. In my experience, they almost always get better as the yeast refines the quality of the beer. That has certainly been the case with this beer! I tried All About Apricot just after it released and enjoyed it, but the months have taken it to another level indeed. The layers of fruit, funk, and light, floral tartness are a joy to the palate. It finishes dry with oaky tannins and the tang of apricot skins. An absolutely gorgeous beer!

If you are curious about Brett, check out these other Crafty Beer Girls articles!

Who Is This Brett, and What Does He Want with My Beer?
The Beasties Within Your Glass
Brettanomyces Misconceptions 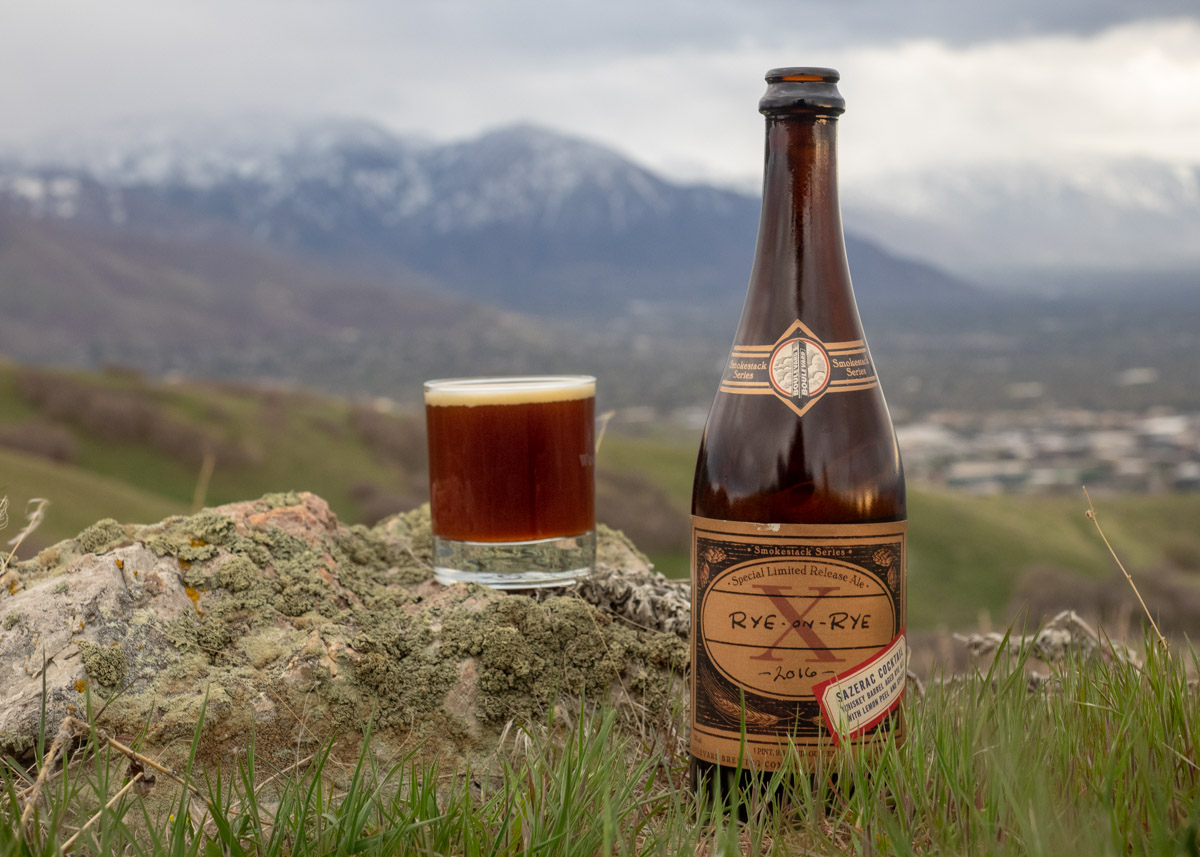 This is a 2016 special release of Boulevard’s popular “Rye on Rye”, a tawny rye ale aged in Templeton rye whiskey barrels. The Sazerac version is a nod to the classic New Orleans cocktail consisting of rye whiskey, a sugar cube, and Peychauds bitters, served in an absinthe-washed glass, and garnished with a lemon peel. To mimic the flavors of a Sazerac cocktail, the beer was brewed with cinnamon, cardamom, and star anise to simulate the absinthe and bitters along with lemon peel in the boil. Although I was hard-pressed to detect the lemon peel, I did get the desired impression of drinking a Sazerac. The rich, full-bodied beer is sweet and boozy with a spicy backdrop and finishes with notes of black pepper.

If you too have a stash of aging beer waiting for an excuse to be dusted off and enjoyed, what are you waiting for? There is no time like the present to see if the years have been kind or if you’ve missed the window of perfection. Cellaring beer is a neat experiment, but don’t hide those beauties away for too long. A beer collection won’t keep forever.