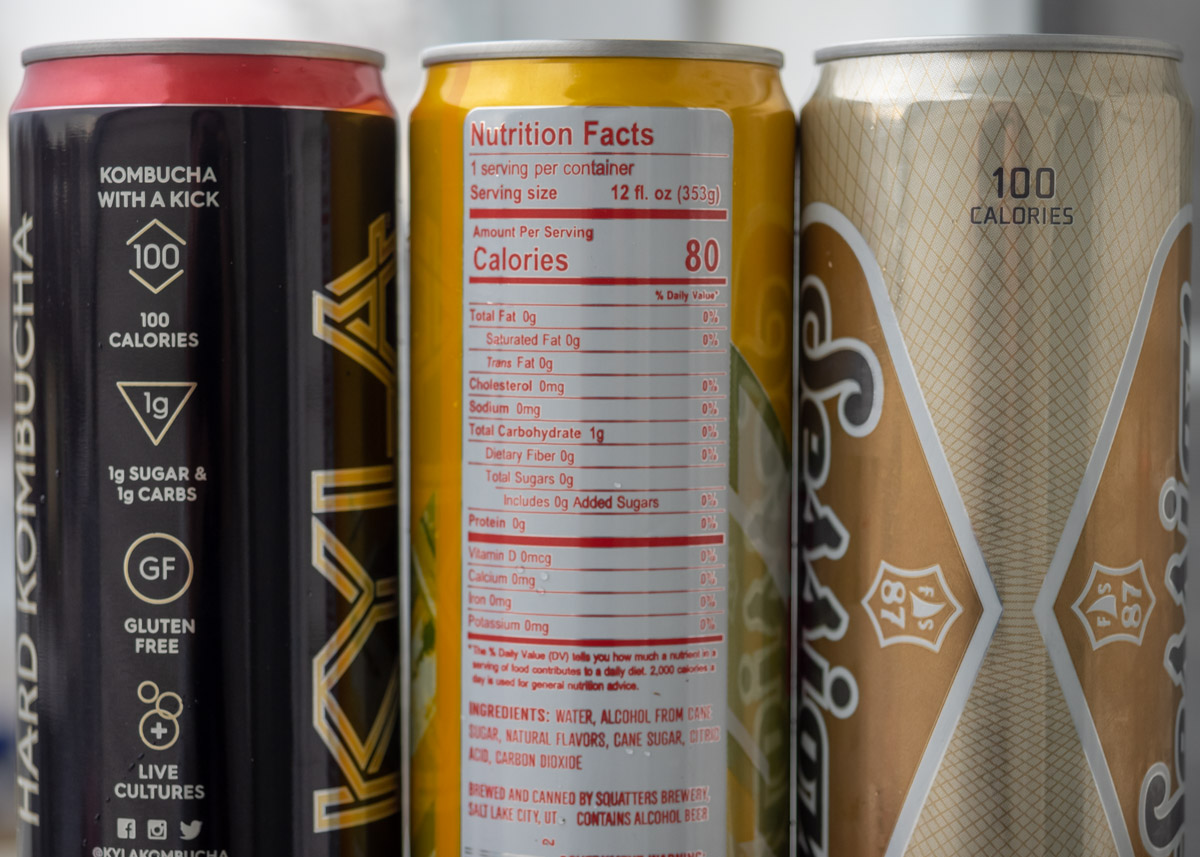 Now that the holidays are over, many of us realize that we’ve been over-indulging for the past few months. January is a good time to reel things in and try to find balance again. For some, that could mean a “dry January”, but for those of us who don’t want to give up alcohol completely, there are some options that will help us cut back on calories and carbs while still enjoying happy hour.

It’s always important to consider the realities of drinking alcohol. There are potential health concerns that could make drinking a very bad idea for some people. But there is a way to drink with moderation that will keep you from spiraling into a harmful state of bad health that could take years off your life. In my article A Healthy Happy Beer Drinker, I explore some methods of maintaining balance while enjoying what you love. In 2020, the options available to those who are looking to slash calories, carbs, and gluten, are becoming numerous. Just take a walk down the beer aisle of your local grocery store and you’ll find an array of new products marketed specifically to drinkers who want lighter, healthier alternatives. 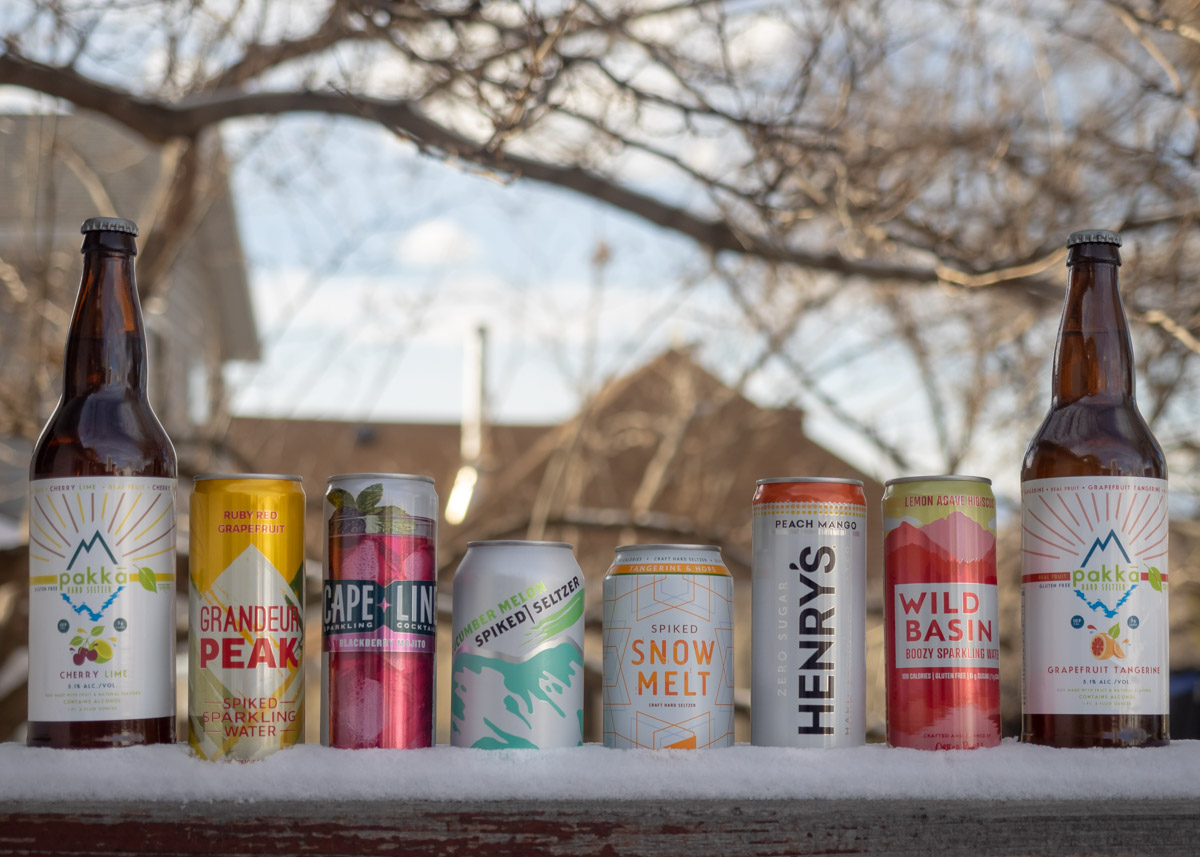 In Lauren’s latest Great American Beer Festival Experience, she laments the invasion of these beverages into the craft beer industry. Because of their popularity, many breweries are now adding hard seltzer to their production rotations. While this may not be the kind of bubbly drink a brewer would prefer to be making, the reality is that there is a demand for a zero-carb, low-calorie, gluten-free, lighter-than-beer substitute. I understand her distress, and I also see the benefit for a craft brewery to get into the hard seltzer business. Most customers will want beer, but why not offer something for the friend who prefers not to drink it? Even beer drinkers may find an occasion that calls for cracking a can of hard seltzer.

I tried a variety of spiked seltzers as I was researching this article and they haven’t quite won me over. The flavors are overall fairly bland and understated, of course that’s part of the appeal. I’ll happily drink La Croix when I want something without alcohol, but when it’s beer ‘o clock, I’m ready for the real deal! Still, I can certainly see having one from time to time if I’m looking to catch a buzz without the heaviness of beer. Many hard seltzers have calorie counts at 100 or less, zero carbs, and even no sugar in some cases. But I wouldn’t call them healthy. There is virtually no nutritional value to the mixture of carbonated water, alcohol, and flavor. Not only that, but they are almost too easy to drink. You could find yourself consuming more alcohol than usual if you feel you can afford to drink more than one. They literally go down like water. 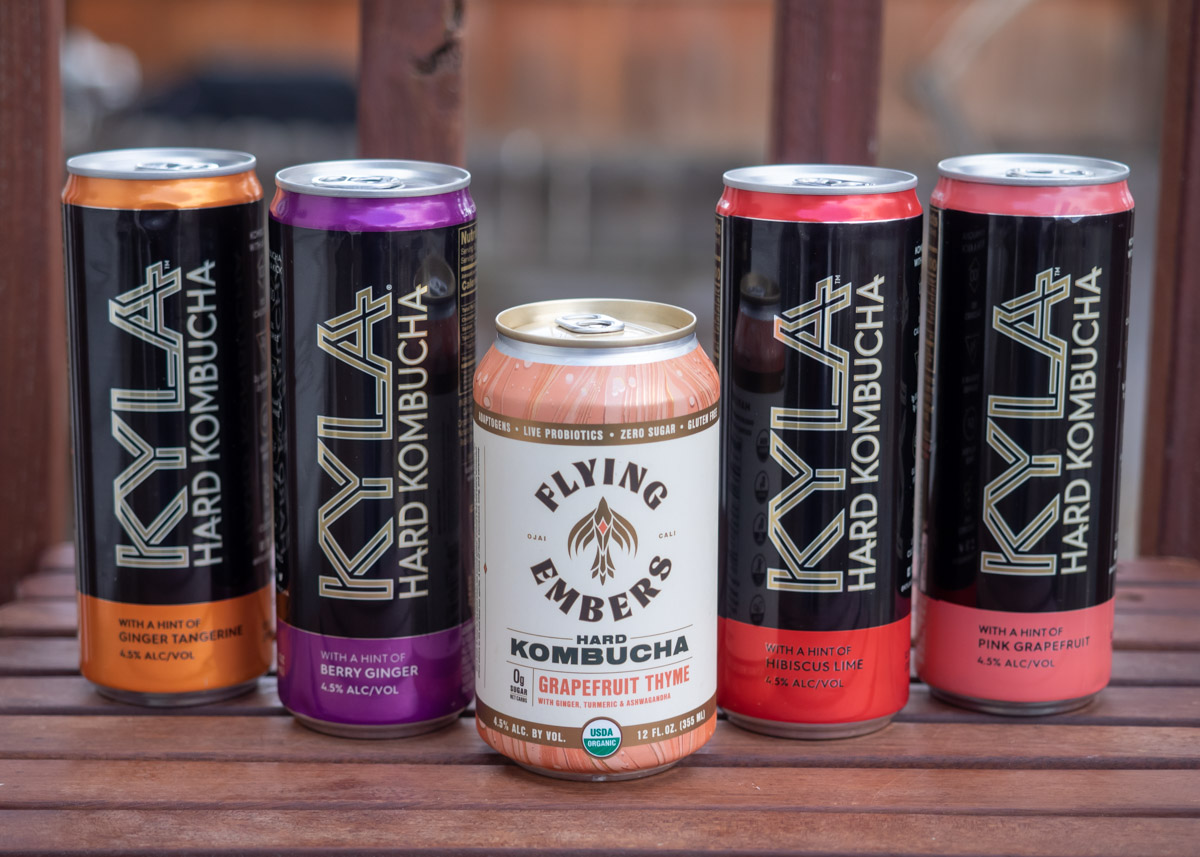 This may be my new favorite alternative to beer. Unlike hard seltzer, hard kombucha has actual flavor! Fermented from tea with a symbiotic culture of bacteria and yeast (SCOBY), kombucha is naturally tangy, a bit funky, and often has juices and other additives to enhance the flavor and nutritional value of the beverage. Regular kombucha has some alcohol occurring already, so it’s not a stretch to have a version with a bit more of a kick. Because of the bacteria culture, kombucha also has a probiotic element to it, which is said to aid in digestion and gut health. Brands vary with calorie counts, sugars, and carbs, but they fall well below your average craft beer beverage and are naturally gluten-free. 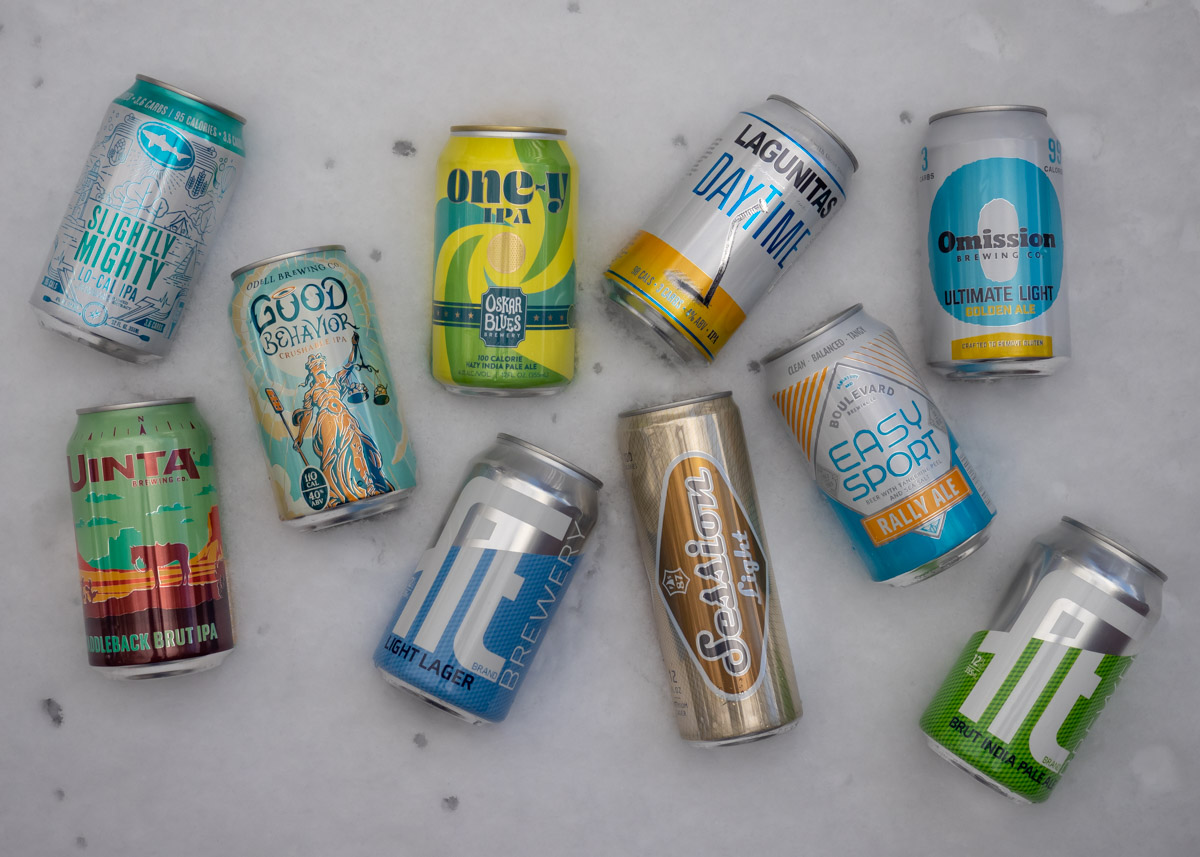 Gone are the days when light beer was made only by the large, domestic brands. Many smaller craft breweries are now offering low-cal, low-carb beers for consumers looking to cut back on such things without giving beer up completely. They often fall in the lower ABV (alcohol by volume) category, since alcohol content is responsible for a large portion of the calories present in beer. But, don’t assume they’ll be watered-down, flavorless beers. I found several light IPAs in addition to the expected lagers and blonde ales. Spoiler alert: they’re delicious!

I applaud breweries who have figured out how to make a 12-ounce beer at around 100 calories that isn’t tasteless. Body and flavors are on the lighter side, but these brews still taste like beer. While I do enjoy the intensity of a double IPA or an Imperial stout, there is always room for an easy-drinking beer that doesn’t clobber me with richness and alcohol content. Last year I fell in love with Brut IPAs, that palate cleanser to offset the haze craze. They utilize an enzyme that allows the yeast to ferment more of the sugars, so you’re left with a dry, effervescent beer that also has fewer calories and less carbs than a comparable IPA. Read more about them in my article Brut IPA: The Bubbly of Beers. They’re a great option when keeping it light.

Brewers have also been using an enzyme to “remove” gluten from beer. This process doesn’t remove gluten completely; instead it breaks it down into smaller fragments for the body to process. Gluten-removed or gluten-reduced beers aren’t guaranteed to be safe for gluten-sensitive individuals, but they are lower in calories and carbs as a result of the process. Because they are brewed with the usual grains found in beer, they don’t really taste any different. I’ll pass on a gluten-free beer made from sorghum (a naturally gluten-free plant), but I’ll happily down a gluten-removed beer any day of the week. 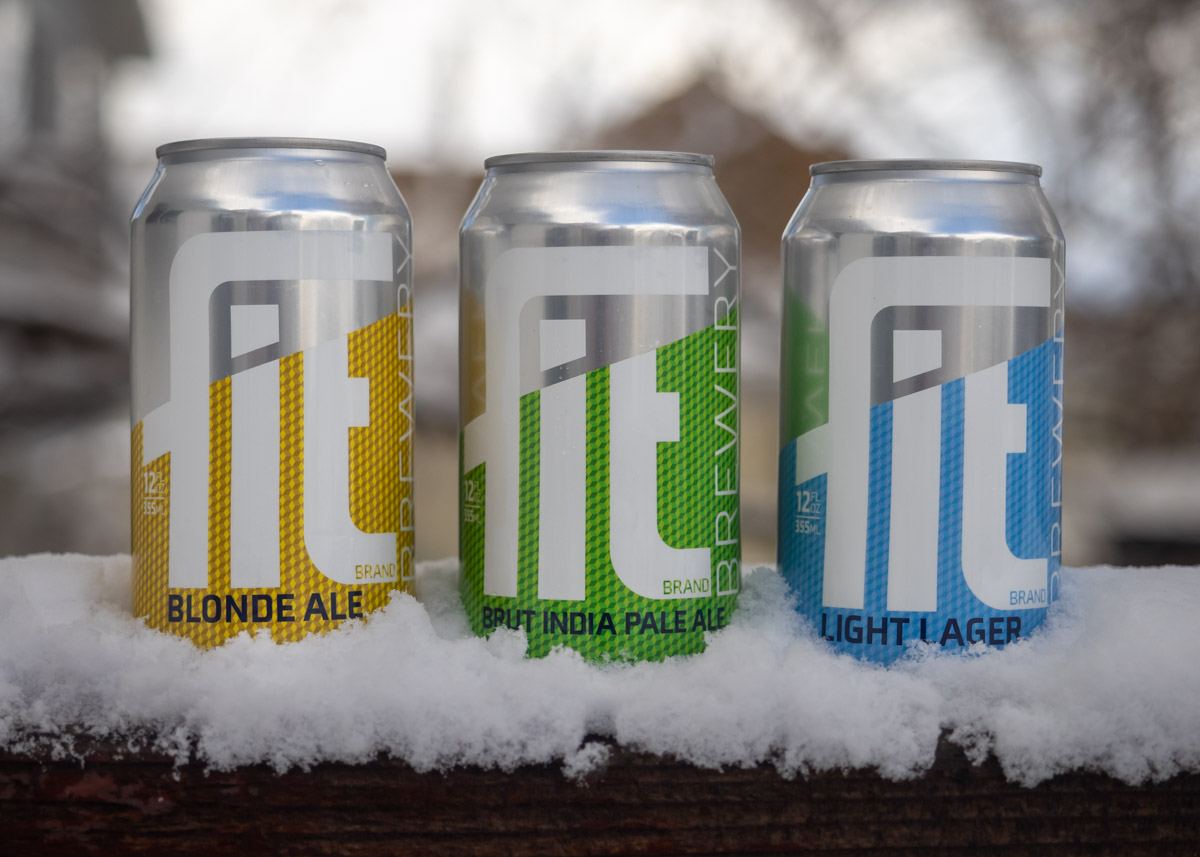 Utah locals look for the new line of low-calorie, low-carb beers from FIT Brewery. No, it’s not a new brewery; it’s Shades Brewing. The line-up consists of Inspired Brut IPA, Focus Blonde Ale, and Triumphant Light Lager. My favorite of the bunch is the light lager, and I have a hunch it may be the same beer that won Shades a bronze medal at the International Beer Awards. Look for them at your neighborhood grocery store.

Whatever your goals for 2020, consider these options to help you exercise some moderation in your drinking habits. These days, there are plenty of alternatives available that won’t have you feeling like you’re missing out on something. As always, consider purchasing from local and independent craft breweries. Drinking is a pleasure we don’t have to feel guilty about!