If you’re looking for some thorough backstory on exactly how and why I wound up on the doorstep of one of the finest breweries in America, check out the three-part post on my Midwest road trip (Part 1, Part 2, Part 3). New Glarus Brewing Company deserves a post all its own and labeling my detailed experience there as “Part 4” would have been an insult. My rosey lense of perspective will never give you the true New Glarus experience, but I’ll still try my damndest.

As a short introduction, my best friend Julie, her husband Michael, their retriever puppy Arc and I went on a road trip to Julie’s home state of Wisconsin this past June 2019. When Julie asked what I’d like to do on our week and a half trip, I responded, “I don’t care – as long as we go to New Glarus.” We visited many breweries and beer bars along the way, but none of them so profound as the one nestled in the humble Swiss town of New Glarus, Wisconsin. (The town website is actually www.swisstown.com!) Hopes, dreams, and expectations were child’s play. I’d need bigger feelings for the brewery on the hill. 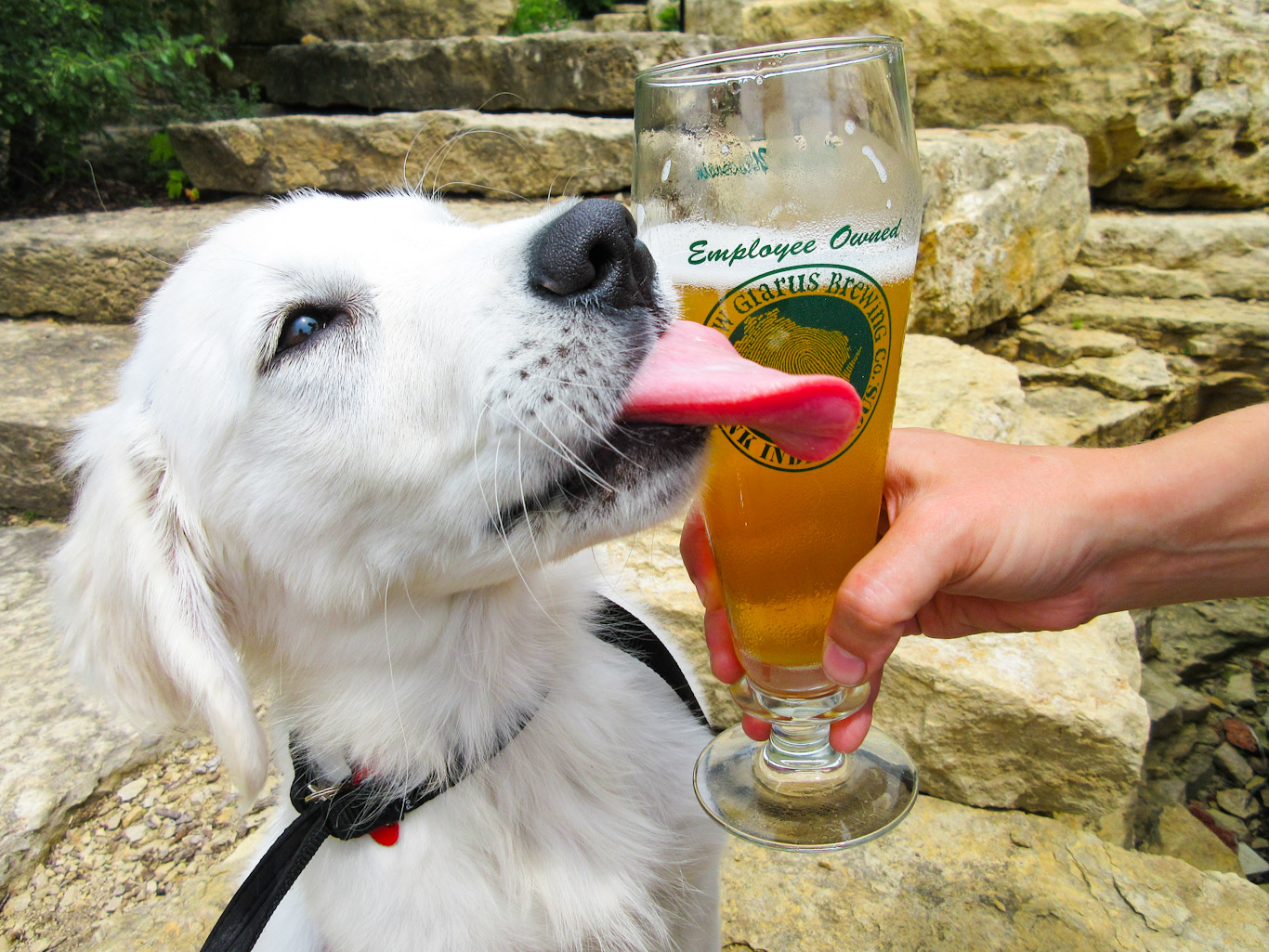 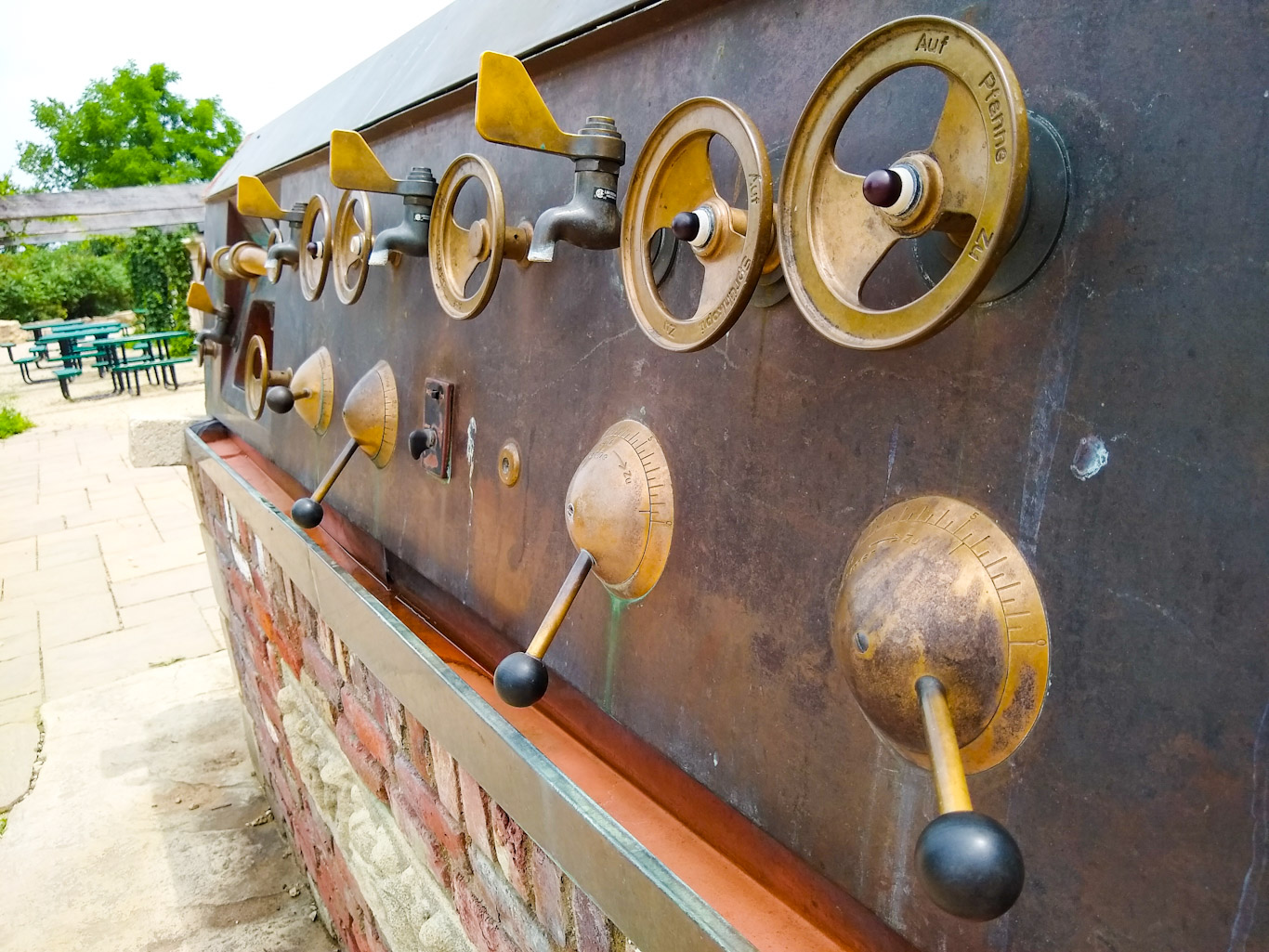 Giddy, awestruck, and inspired, I found a new reason to love New Glarus around each corner. For starters, the parking lot was relatively empty, and we thoroughly enjoyed sharing the facilities with minimal other guests. We didn’t even make it to the biergarten before hopping on the cow for a photo. Thirst eventually drove us off the plaster beast and up the hill for a taste from the source. Wisconsin Belgian Red and Spotted Cow gave our gaping jaws a rest as our eyes drank in the European decor. An old German brewhaus control system sat with operational water spigots at the ready for guests to rinse their glasses. Eager hop bines crept up trellises and cascading stairs led guests down to multiple nooks ripe for an intimate afternoon under partly cloudy skies. 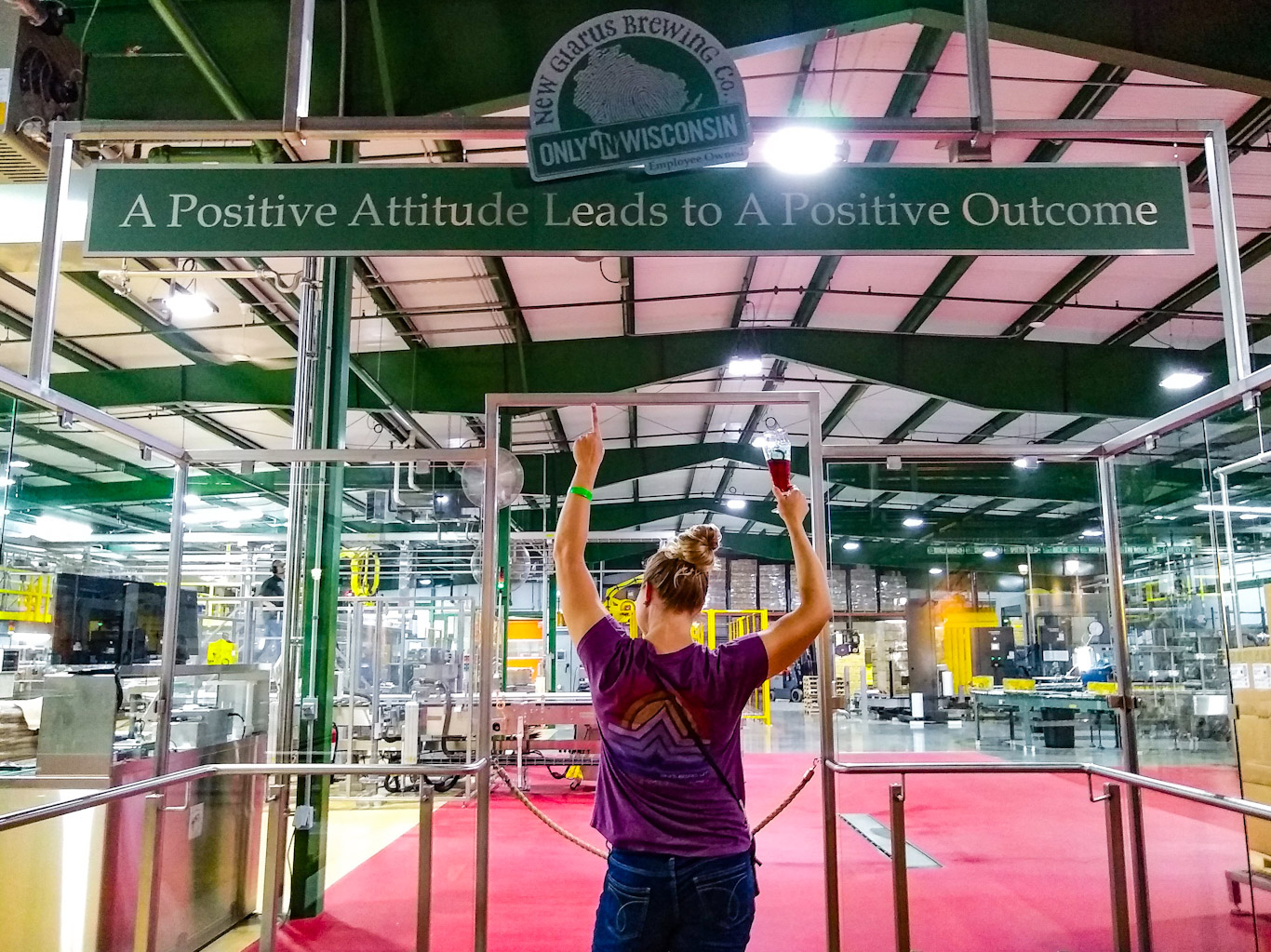 The brewery was even more impressive than the biergarten. A sign stating “A Positive Attitude Leads To A Positive Outcome” hung over the packaging area, a motto to live and work by. Somewhere in between the copper kettles and the open top fermentors, Julie started crying. The three of us had different reasons for loving the experience, but it was definitely amplified by our joint enjoyment. I may or may not have let a tear streak down the wrinkles of my uncontrollable grin. 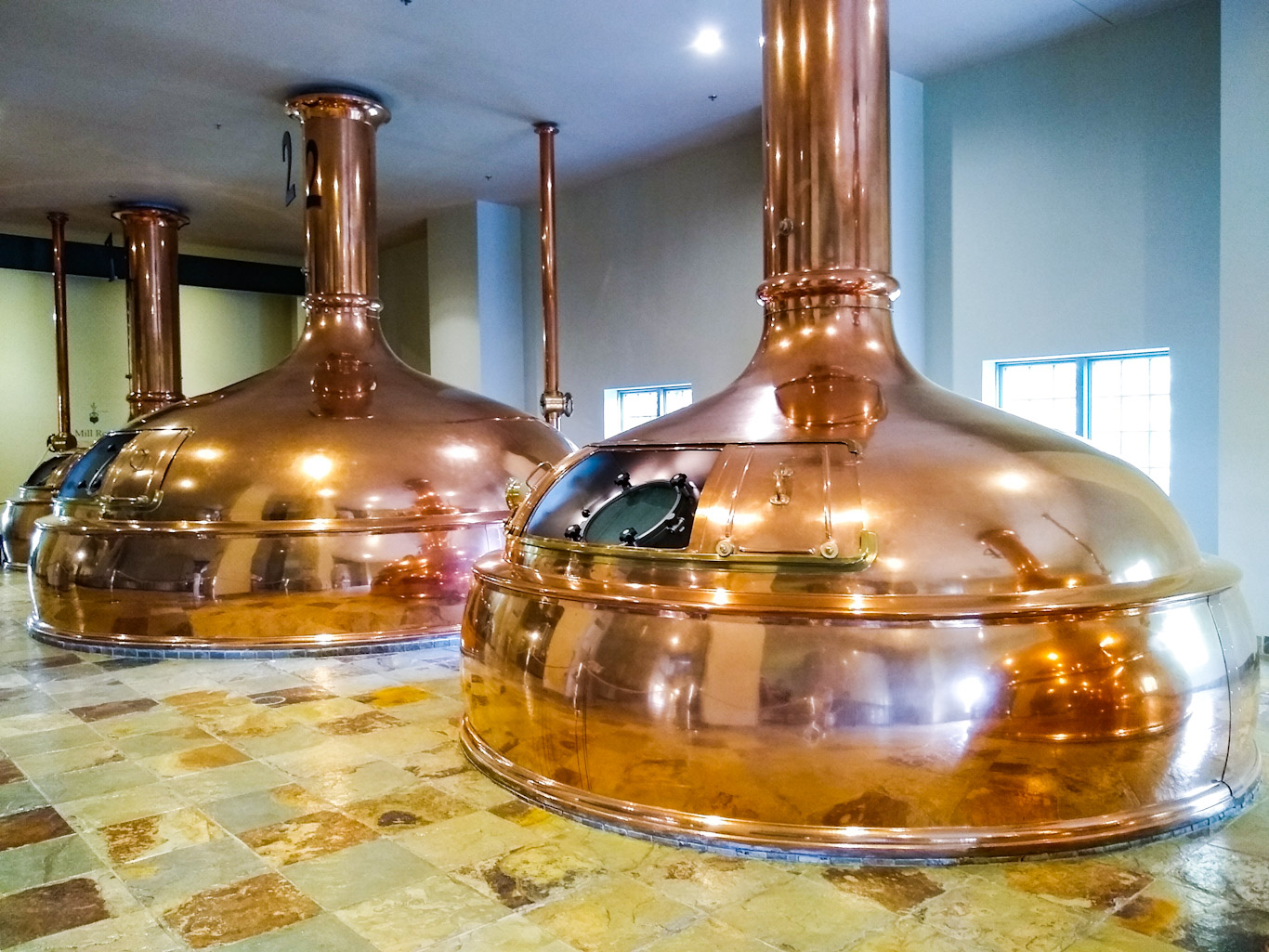 I’m a brewer by trade, and a snob by choice. I notice certain things when I walk into a brewery that the layman wouldn’t think twice about. I see the water spots on your windows, the layer of dust on your fermentor tops, the two-day old crusted yeast on the side of your blowoff bucket, and every time your service staff dips the faucet head into the beer I’m about to drink. Some or even all of those things may not matter to other brewers because the beer might taste just fine. I’ll probably never say anything, because I’m being a picky snoot, but it hangs somewhere in the back of my consciousness like a soft dissonance. Even under my pretentious magnifying glass, New Glarus proved to be truly immaculate!!! Angelic harmony echoed through my mindspace. I had died and gone to New Glarus.

There wasn’t a speck of dust in the entire brewery (I checked). My nitpicking was fruitless. Everything was in its place, meticulously clean, and aesthetically gorgeous. The layout of the buildings and grounds was thoughtfully planned and purposeful. Every interaction with their service staff was positive and often informative. Not a single thing stood out as wanting, myself included.

My only regrets were not signing up for the hard hat tour many months in advance, and my intolerance for cold weather. It might have been a balmy 75° F when we visited in June, but there was no way in hell my cold-blooded Jersey girl ass could tolerate -30° F in the dead of winter. Meaning, I couldn’t follow my dreams of living and working in the small Swiss town of New Glarus, at least not year-round. I suppose I’ll have to settle for summer visits. 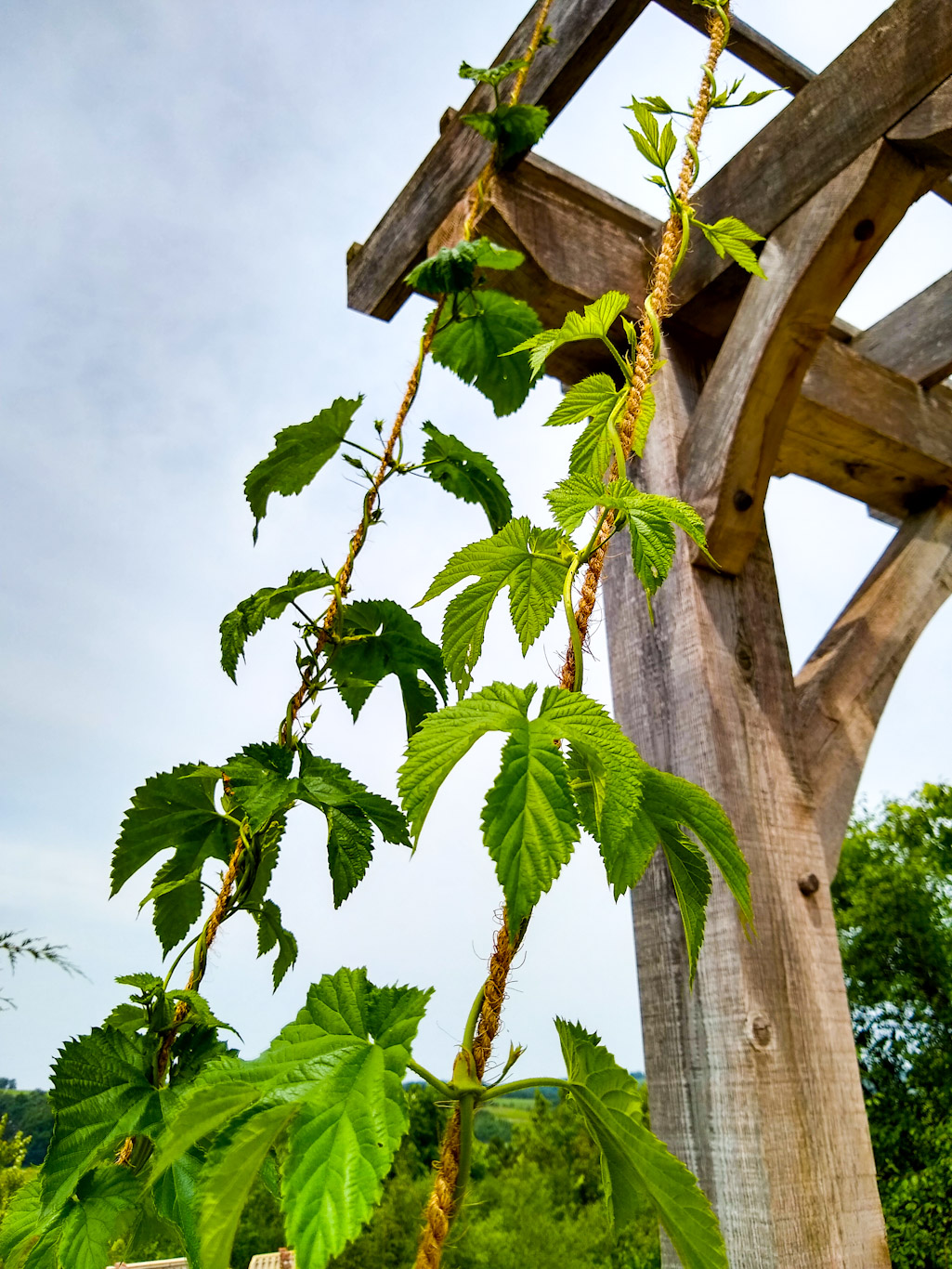 We each filled a few six packs and sat our cases up on the counter. The clerk made smalltalk, reminding us how lucky we were to visit on such a slow afternoon. I had picked out a selection of their seasonal offerings, which rang in at $15 a pop. The beer I was most excited about was the Gotlandic. I first learned about and tasted the dark, smoky, juniper style back in January at the 2019 Big Beers, Belgians, and Barleywines Festival seminar titled Ancient Nordic Beer Styles (click to read my post!). I was elated to have the opportunity to try the rare style again!

Putting such an emotional, impactful experience into words can do injustice to the reality. It’s the equivalent of cramming a 360° view full of smells and feelings into a 3 x 5 Kodak print. You’ll never have the taste of Door County cherries lingering on your tongue as your eyes well up at the sight of a spotless, dustless brewery unless you visit New Glarus yourself. What are you waiting for? 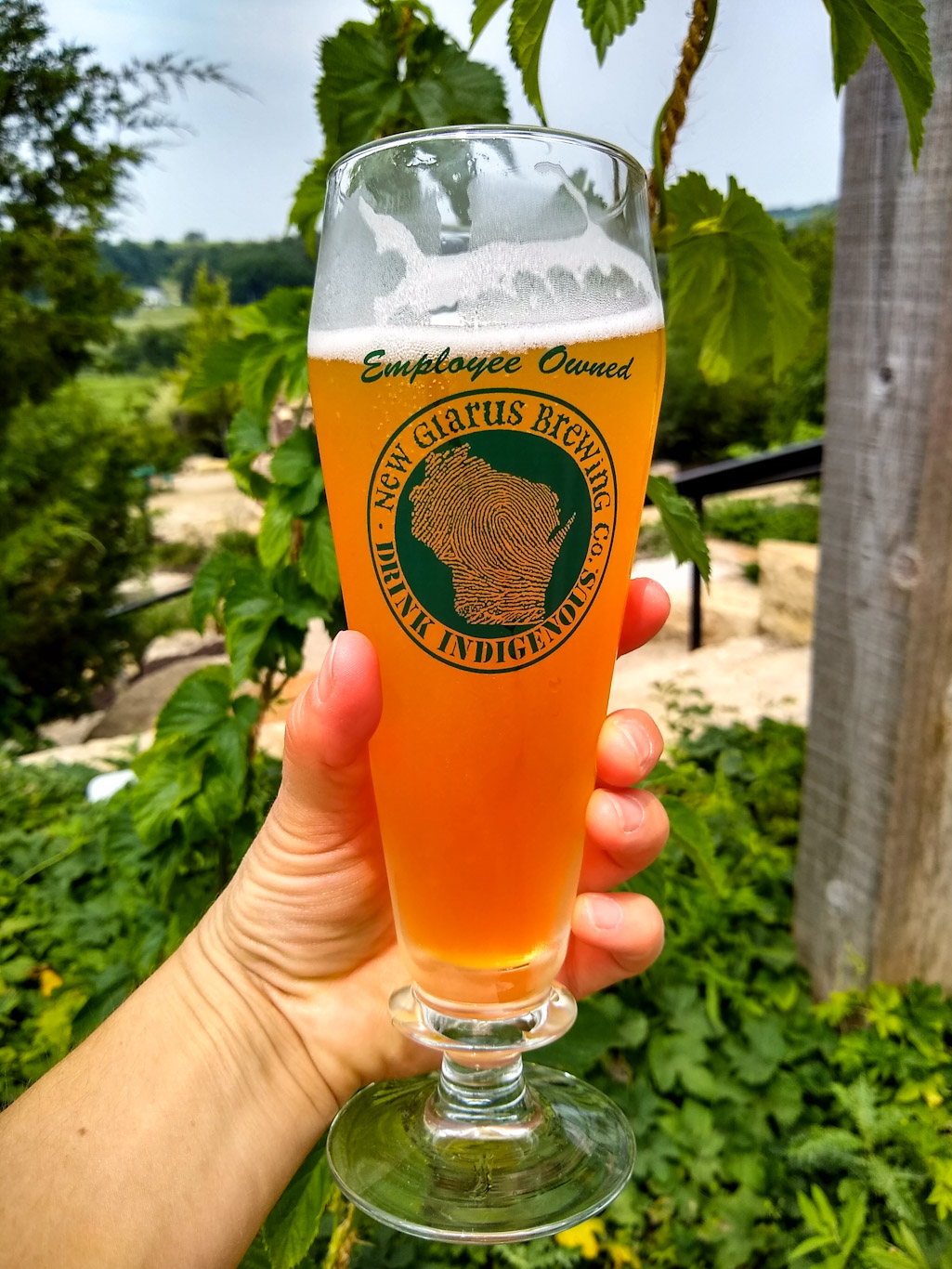