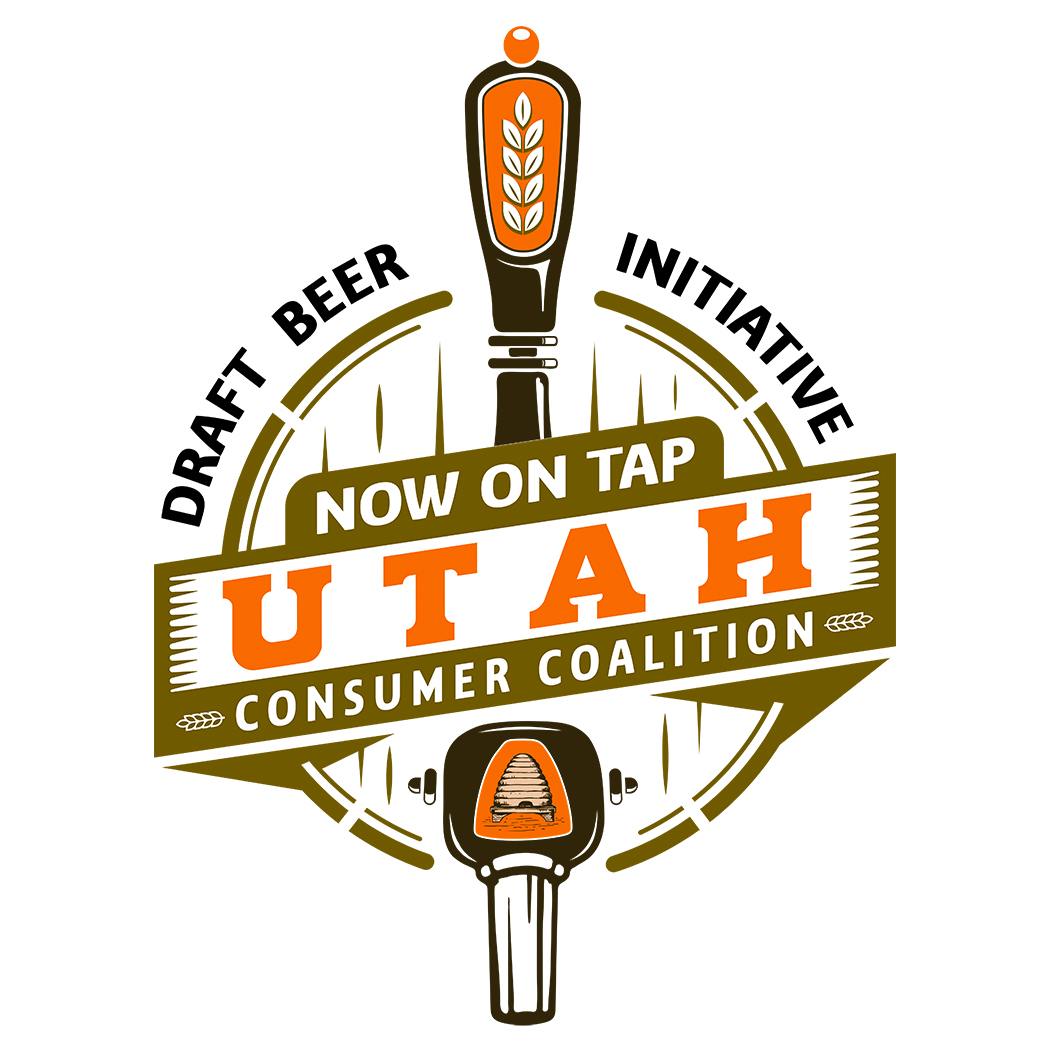 The alcohol laws in Utah have long been a frustration for consumers who often feel powerless to affect change. Their only tool seems to be filing a complaint via social media, an act about as effective as screaming into a black hole. What if there was a way for consumers to join forces, find power in numbers, and get a seat at the table? That’s the goal of the Utah Consumer Coalition, a new non-profit organization that hopes to find a way to enact sensible changes to Utah’s liquor laws. It’s first target is to convince legislators to allow “heavy beer” (beer above 5% ABV as of November 2019) on draft, a move that would reduce packaging waste and potentially decrease overconsumption by giving consumers the option to order a smaller serving of products with higher alcohol content.

Being angry is the easy part. Finding a way to go beyond the complaining and initiating a plan of action is a lot more difficult. That’s exactly what Michael Druce is in the process of doing through the Utah Consumer Coalition. Druce is an entrepreneur and a long-time beer enthusiast who has taken on various projects for Red Rock Brewing, including opening their beer store and managing their transition to self-distribution. As director of the UCC, Michael Druce has set the wheels in motion for a new activism outlet that will tap into the consumer base and give a voice to “constructive complainers”. “To be effective at making these changes, you need to be persistent, and consistent. It’s the only way that it happens,” he says, “I feel like [we] owe it to the next generation of beer drinkers to clean up some of these issues.”

After the roller coaster that was this year’s SB 132, a bill that aimed to raise the cap of beer in grocery stores from 4% ABV (alcohol by volume) to 6% ABV, it was apparent that the voices of consumers weren’t being taken into consideration. Deals were being made behind closed doors between lobbyists working for special interests and large corporations like Wal-Mart. Even local breweries seemed out of step with the desires of their own customers when they opposed the bill in the interest of protecting their businesses. The Utah Consumer Coalition is a true grassroots movement made to specifically represent the people. Their strategy is to find ways to improve existing alcohol laws in a way that respects Utah’s values.

This includes working with the Church of Jesus Christ of Latter Day Saints who have a powerful interest in protecting the state’s tight control over the industry. They are adamantly opposed to any legislation that would “weaken” the alcohol laws, including: the privatization of Utah’s beverage control system, any increase in alcohol license quotas, permitting the sales of heavy beer, wine, or distilled spirits in grocery stores, or allowing direct distribution of these products outside of the state-controlled system. In addition, the Church is not too keen on anything that would increase sales or consumption of alcohol in general. They feel that Utah has managed to strike a good balance between the “reasonable availability” of alcohol and protecting the population from its detriments. There is no desire for Utah to model itself after other states because in their minds, different is good. Watch this video to hear it straight from the horse’s mouth.

It may seem like Utah’s alcohol culture is at odds with the larger non-drinking religious culture that has enacted some of the country’s strictest liquor laws. In many ways it is. But there is common ground to be found. As responsible drinkers, we need to acknowledge that alcohol can cause harm. We can all agree that underage drinking, overconsumption, and impaired driving are not good. Wanting to reduce the negative effects of alcohol is understandable. If we want to make changes, these negative effects must be taken into consideration in order to craft a winning argument. We can approach our alcohol laws with a respect for Utah’s existing culture and be concerned partners looking to make improvements to current laws. 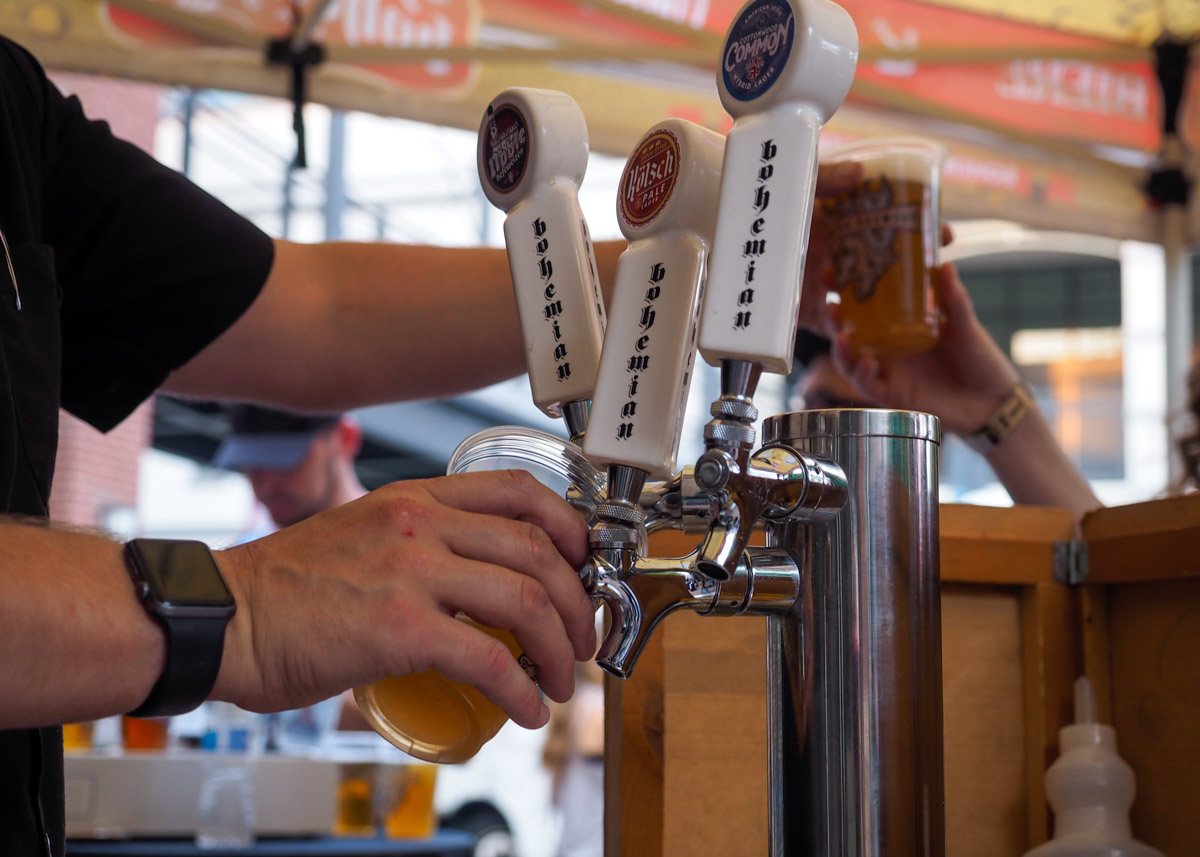 That’s where the Utah Consumer Coalition’s first goal comes in. The UCC isn’t looking to raise the cap on grocery store beer. It isn’t trying to abolish the DABC (Department of Alcohol and Beverage Control). Their focus is on a single issue; allowing heavy beer to be poured on draft. Currently higher ABV beer must be packaged and served in bottles or cans, but with a modest change to the law, it could be kegged and dispensed directly into a glass at a bar, restaurant, or taproom. “Of all the things we’ve got encased in liquor laws in the state of Utah, this one could actually be improved! We can get a yes on it! I think we can negotiate the yes because there’s so much upside for everyone involved,” explains Druce, “We can actually decrease overconsumption. We can get a win for the environment, which would be huge! We can save Utah small businesses millions of dollars per year in packaging waste.”

As legislators attempt to protect the population against the evils of alcohol, some laws enacted in Utah seem to make little sense. Requiring heavy beer to be packaged is one of them, as I mentioned in my previous article Earth Friendly Drinking. It seems to stem from the fact that bottles and cans are easier for the DABC to handle. They don’t have the refrigeration required to properly handle kegs. The same could be said for packaged beer too, but there are circumstances in which this beer is never in the physical possession of the DABC. Still, breweries are made to package beer that will ultimately be served on the premises, which seems incredibly wasteful.

The state has made allowances for private entities to stand in for the DABC as “packaging agencies” under certain conditions. Even so, the state maintains its regulatory control and ability to tax the product. All the infrastructure is in place. They would simply need to allow licensed distributors to handle the product. “You’ve already got a licensed wholesaler, a licensed distributor; even the carriers are licensed,” says Druce, “All of these people are already licensed, already controlled, already have a refrigerator.” Even if the state didn’t want to hand things off to distributors, Druce argues, it doesn’t mean they need to spend millions of dollars building refrigerated warehouses. They could lease space or contract through private entities, just like they do with their packaging agencies. 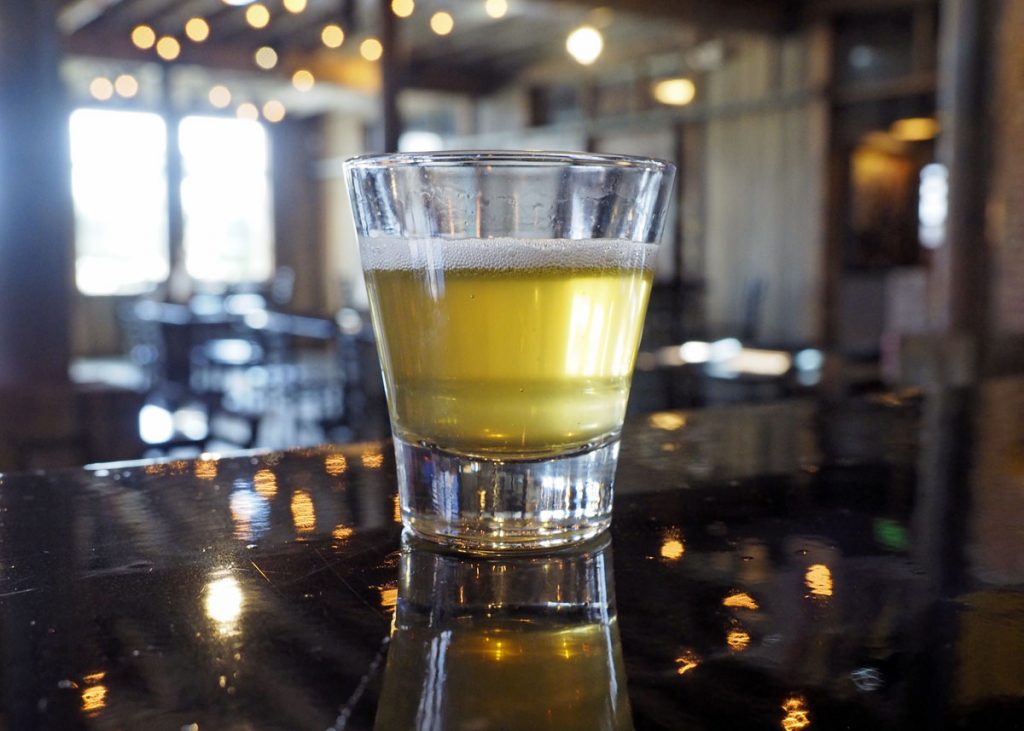 Beyond the practicality and environmental friendliness of allowing heavy beer to be poured on draft, there is another upside. This law could decrease consumption of higher ABV beers by giving consumers the option to order smaller servings by the glass. It stands to reason that a reduction in consumption will also reduce the potential for impaired driving. Another win! But what about the children? Allowing heavy beer on draft will not lead to an increase in underage drinking because it makes no changes to the accessibility of these beverages to minors. Bars and restaurants still need to be properly licensed and must check ID before serving. Consumers won’t have direct access outside the state’s control and limits to amounts they’re allowed to possess remain the same. The only thing that would change is the beer’s container.

For those who want to buy bottles or cans to-go, fear not! Breweries would still have the option to package their product for you to take home. A positive side-effect would allow consumers to fill their own growlers at establishments licensed to do so. Currently, breweries who want to sell a growler of heavy beer must pre-package it. Many have instituted growler exchange programs to make this possible. It’s silly since the result is the same. You end up with 64 ounces of beer in your possession. Why not have your own growler filled fresh when you order it?

Believe it or not, there is already some precedence suggesting the Utah legislature is open to allowing heavy beer to be handled by distributors and poured on draft. In 2009, Representative Curtis Oda presented a bill to the House that would have done just that. They acknowledged the fact that the DABC was unable to handle the product properly without diminishing its quality. The bill passed overwhelmingly in the House, but the clock ran out in the Senate. For more on this story, check out the UCC website. I had no idea how close we were to this reality!

Although the Utah Consumer Coalition is still in its building stages, it is committed to be in it for the long haul. The target for this first goal is 2020, but if that doesn’t happen, the UCC will stick with it until it succeeds. “If we had a six-figure war chest to support this, would things go quicker? Yes, I think it would,” says Druce. “I think it’s healthier to form and to develop as a grassroots movement because now it has passion, it has longevity, [and] it’s got real people that are really interested.” The UCC will represent consumers exclusively but are not opposed to working with other groups. Druce adds, “To the degree that our interests intersect, we will work with anyone.”

If you would like to join the movement, the first step is to declare yourself. Go to the website and sign up for the email list. Likes on social media aren’t going to cut it. As the coalition develops, you’ll be given the opportunity to participate at whatever you level you feel inclined to. Businesses can also show their support by signing up as advocates or even supporting the UCC financially. The Coalition is not interested in the enraged or indignant. This endeavor will need good, level heads if it hopes to triumph. If you’re ready to see heavy beer on draft and fewer bottles and cans in the landfills, raise your hand, stand up, and be counted!

More on The Politics of Utah’s Alcohol Laws