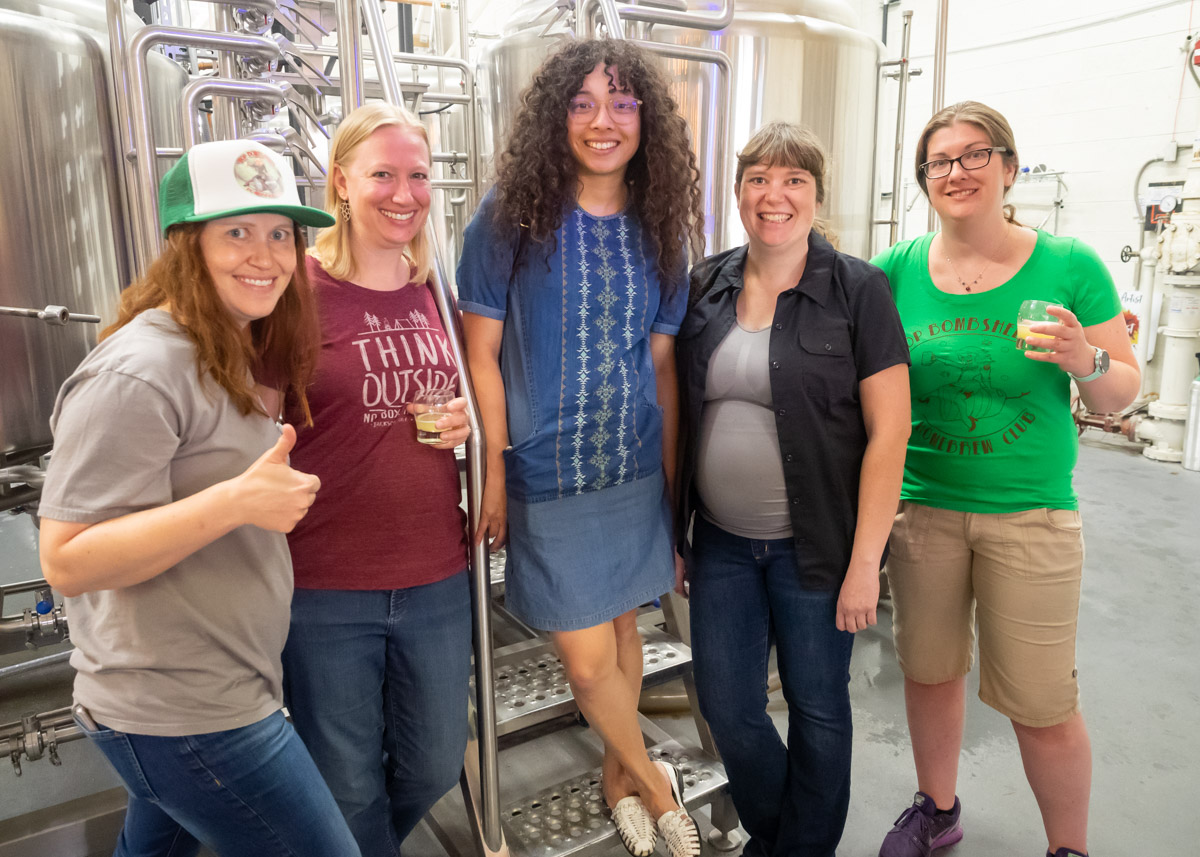 For the professional brewer, making beer is a job; it’s part of everyday life. The homebrewer is likely a weekend warrior finding spare time to brew, but not any less passionate about the beer they make. These two worlds come together when a local brewery and homebrew club join forces to collaborate and create a special beer together. Recently, the Hop Bombshells Homebrew Club teamed up with SaltFire Brewing to brew a saison using the 2nd annual Pink Boots Hop Blend. As a member of the all-female homebrew club, I was able to participate in the birth of Saison de Femme, and really immerse myself the process.

The saison recipe was crafted by the Hop Bombshells in collaboration with SaltFire’s head brewer, Mike Dymowski. The idea was to showcase the Pink Boots Hop Blend without making the obvious hop-forward IPA. The herbal and citrus notes of the Loral, Glacier, Mosaic, Simcoe, and Sabro hop blend seemed like a good fit for the earthy saison style. It also fits right in with SaltFire’s existing seasonal saison series, even utilizing the same yeast for fermentation. Hibiscus was added for color, and to tie in some of the herbal and floral notes in the hops. We added some rye and spelt to the barley base as well.

Deciding on the final recipe was a process that started with a test batch in which the wort was divided up between various Hop Bombshells members. Each varied fermentation temperatures, dry hop additions, and even experimented with beets. I was on “team beet” during recipe discussions. We wanted the beer to have a pink hue, and I thought beets, the definition of “earthy”, would be a complementary addition to our saison. The beet saison test batch had a lovely roasted beet flavor and a gorgeous deep pink color. But ultimately, it was decided that scaling the beets to a commercial-sized recipe was more work than we wanted, and using hibiscus was going to be more approachable for drinkers. 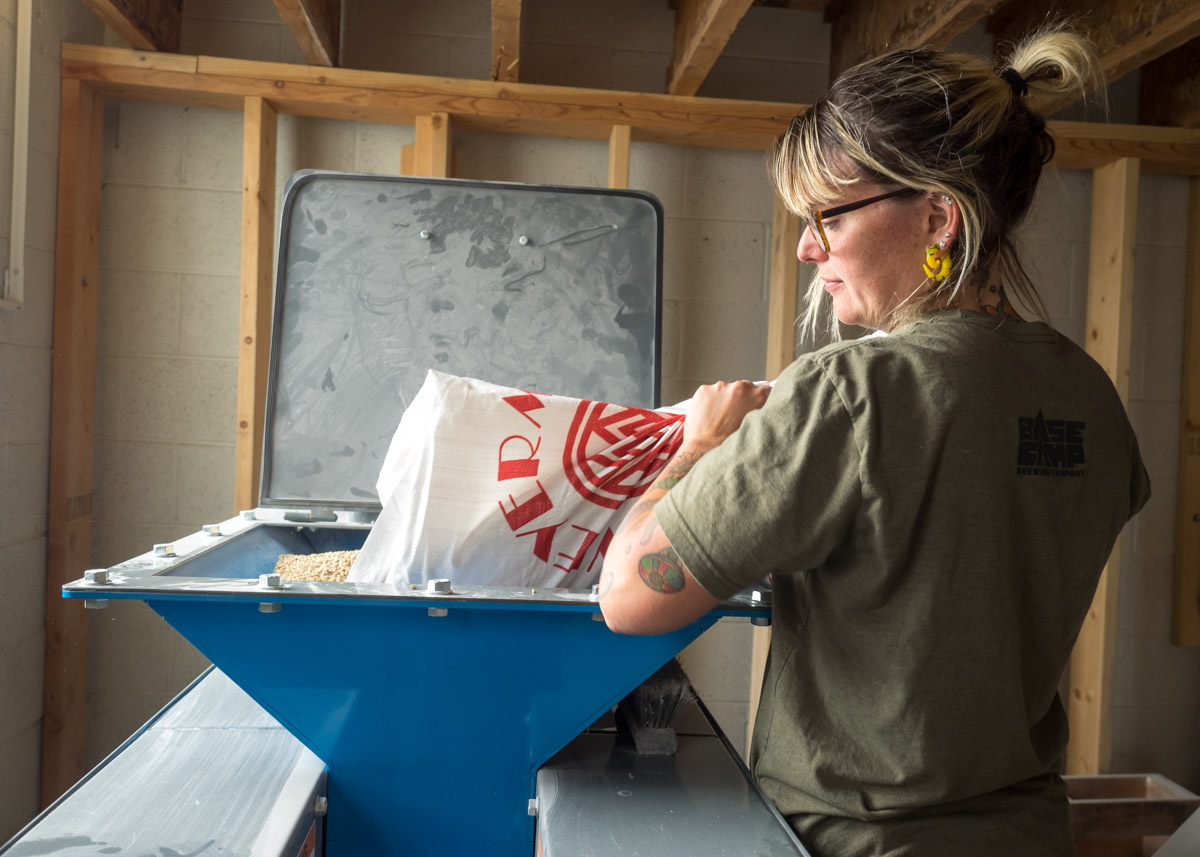 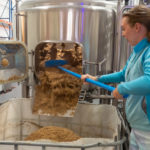 Brew day was a lot of fun and a LOT of work! This is the most hands-on I’ve ever gotten with a commercial brewing process. I brewed with the Pink Boots Utah Chapter back in May as I detailed in my article, On Wednesdays We Wear Pink Boots, but that system is larger and more automated, and there were a lot more ladies helping that day. For Femme de Saison, I helped to lift 55 lb. bags of barley and empty them into the mill at eye-level, requiring me to carry them up a step ladder. I also helped hoe spent grains from the mash tun, used a hose to spray the boil into submission (preventing boil-over), and poured hops into the whirlpool at flame-out. My muscles were happily tired and sore the next day, reminding me of the work I’d put in.

I was in awe at all the attention to detail that goes into producing a beer. Besides getting the recipe just right, a brewer needs to know their system and be able to hit precise temperatures and gravity readings throughout the process. That’s where Mike D comes in. As our host, he kept us on task and set us up for success by guiding us every step of the way while allowing maximum participation for each Bombshell in attendance. We leaned on his experience, but still felt like our abilities and input were employed. 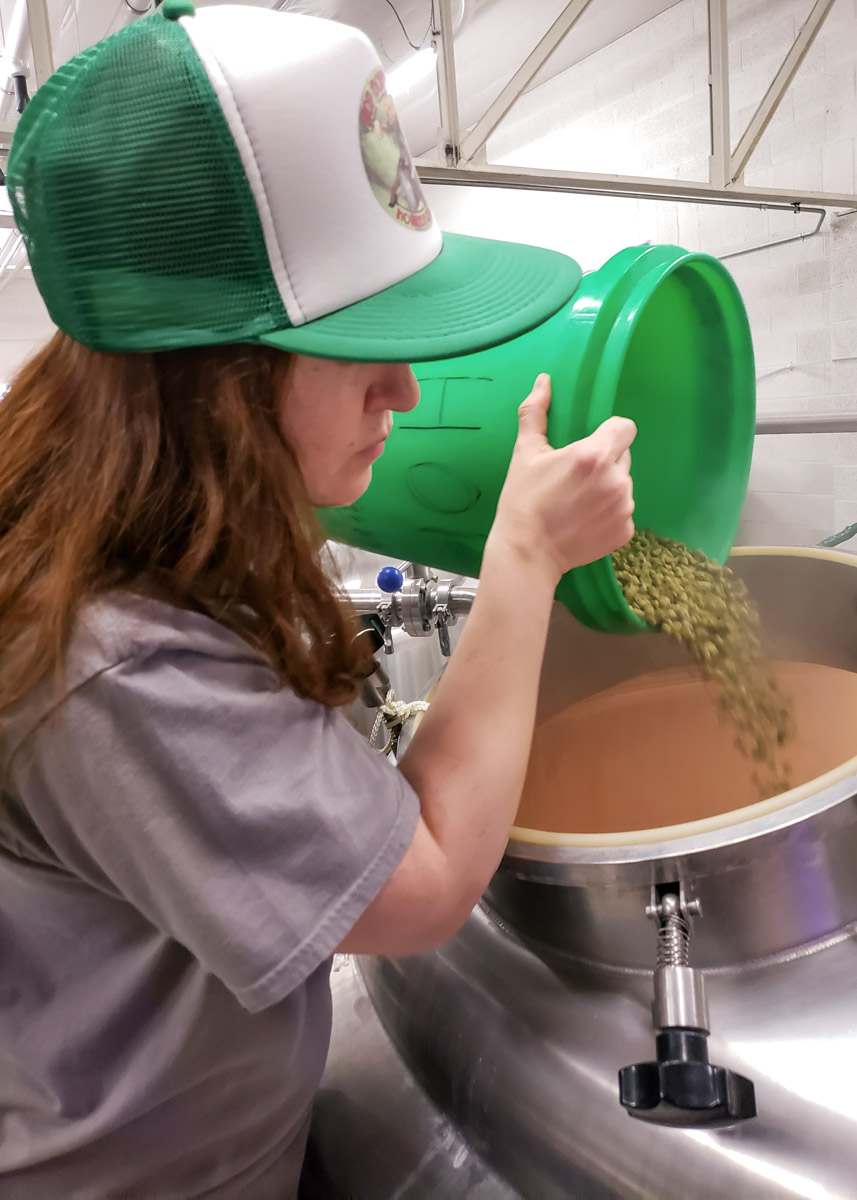 As we brewed, we decided as a group how much of the Pink Boots hops to use in the kettle, and how many to save for dry hopping. After opting to save them all for post-fermentation additions, we picked out a combination of hops that SaltFire had on hand similar to the Pink Boots blend to add to our kettle along with a big bag of hibiscus. The wort was then pumped into a fermenter where the French Saison yeast was waiting to turn it into delicious beer! 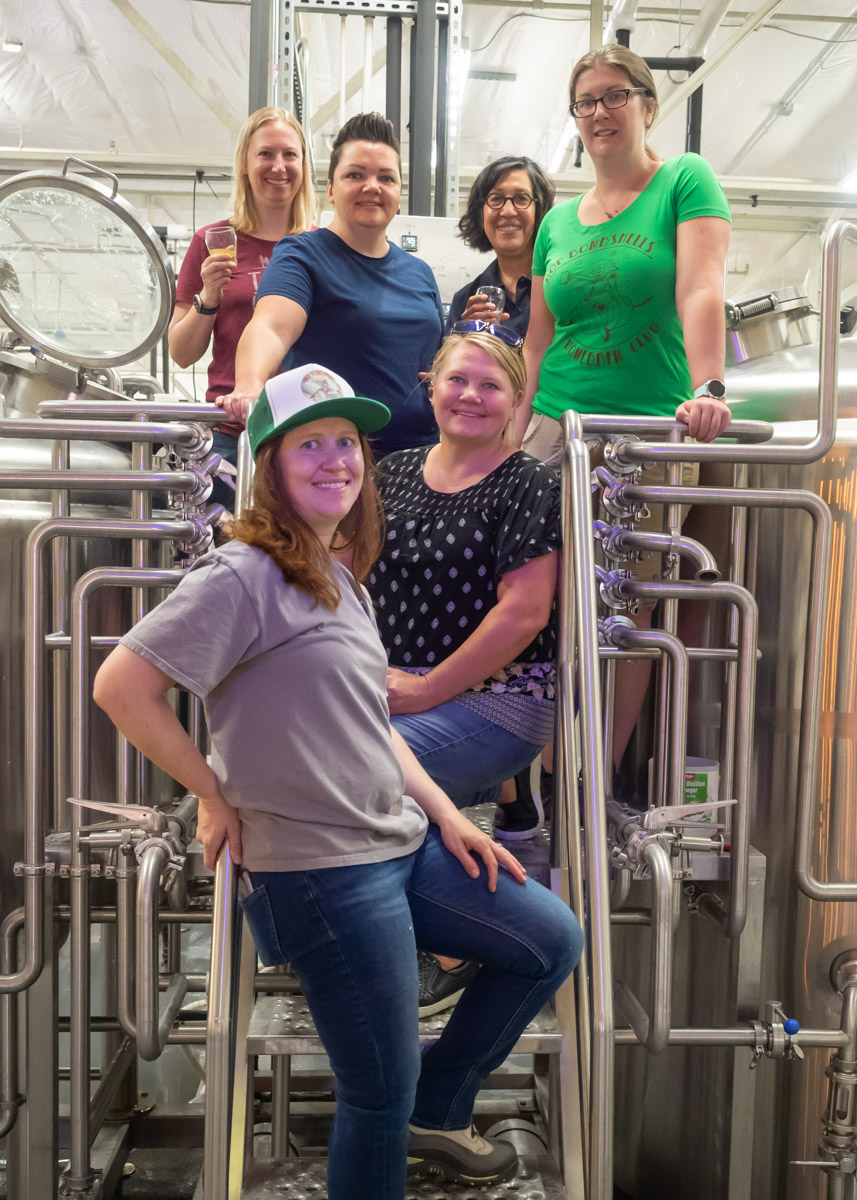 Progress reports indicate the beer is turning out quite tasty! It should be ready by either the end of July or early August. Watch the Hop Bombshells and SaltFire social media feeds for news on a release date. You can also sign up for the SaltFire newsletter to get info on potential early release access. If you’re a cool chick who is into beer, consider joining the Hop Bombshells Homebrew Club and learn to Brew Like a Girl (must read article). Then, you too can enjoy a fun-filled brew day like this one!