One of the coolest Utah residents has got to be Andy N. Condor. He lives at the Tracy Aviary in Salt Lake City, and he’s turning 60 this year! That’s a respectable age for us humans, but did you know a bird could live that long? Andy is an Andean condor, and he’s expected to live into his late 70’s. His species is the largest flying bird in the world, weighing up to 33 lbs. with a wingspan as wide as 11 feet. Andy is so cool, that a local brewery, Toasted Barrel, made a beer just for him. Andy Ale is now available at the brewery and will be served at Andy’s adult birthday party this Wednesday, June 19th. Don your finest black and white cocktail attire and join us to toast this magnificent bird.

I had the privilege of meeting Andy when I joined him for his morning walk at Tracy Aviary. This is a regular occurrence that you too can experience if you find yourself at the aviary during the cooler morning hours. His trainer, Helen Dishaw, leads him through the grounds, feeding him small morsels of fresh meat as they go. They are often joined by Andy’s walking buddy, a black vulture named Chewy. Andean condors are part of the same vulture family. They eat the carcasses of dead animals and have nearly featherless heads and necks to keep from getting messy while they feast. A gorgeous white ruff of feathers at the base of Andy’s neck makes him look like he’s wearing a fine fur collar with his dark suit.

To celebrate his 60th birthday, Tracy Aviary reached out to Toasted Barrel Brewery and asked them to create a very special beer in honor of Andy. They wanted to use grains from South America, the habitat of the Andean condor, along with local Utah ingredients to represent his hometown. The brewery came up with several options for the Aviary staff to choose from. The winning beer was a black rye saison brewed with Patagonian malts and base grains from Salt Lake City’s Solstice Malt. The dark malts from Patagonia make the beer as black as Andy’s feathers. 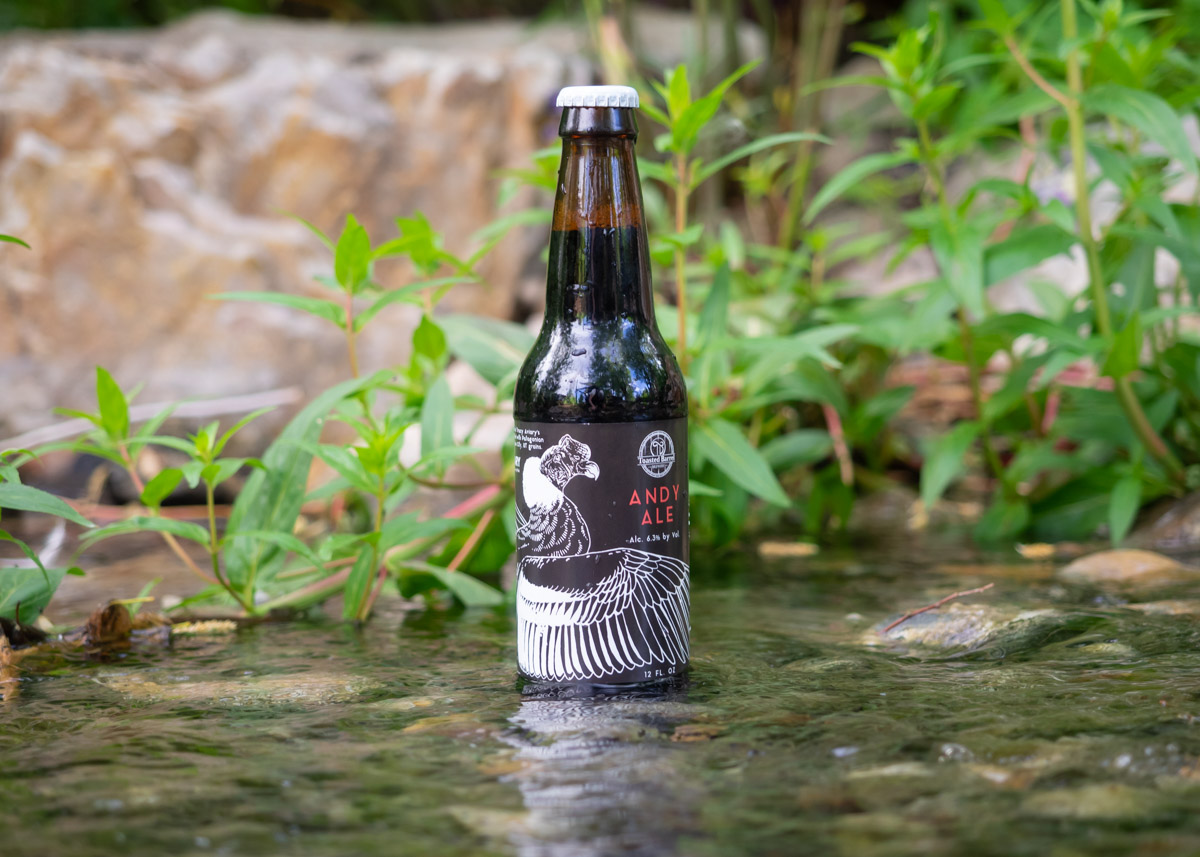 Andy Ale turned out tasty! I love the rich, roasted malt character with a bit of spice from the rye. Saison yeast accentuates the spicy notes while adding just a hint of banana. It’s a smooth, beautiful beer to complement a badass bird. Andy’s likeness can be seen on both the label and the commemorative pint glass. You’ll want to pick them both up at Toasted Barrel Brewery. 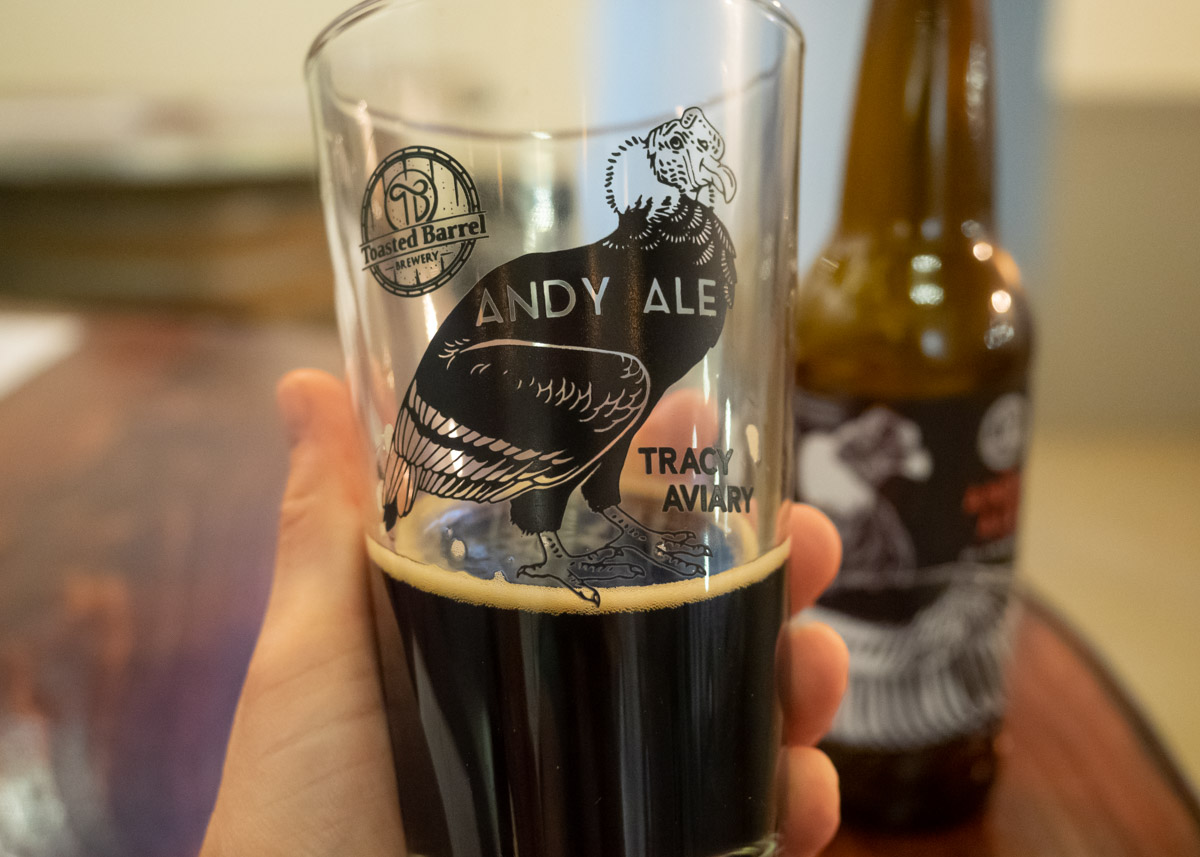 But why stop there? Celebrate Andy’s birthday the right way by attending the 21-and-older “bird-day” celebration at Tracy Aviary on June 19th from 6-9pm. If you haven’t tried the new Andy Ale, this is your chance. Party-goers are encouraged to dress in their best black-and-white cocktail attire to match Andy, who is scheduled to make an appearance. Admission is $23 and includes one drink, live music, and snacks. Use the discount code, CRAFTYBEERGIRLS, and receive $3 off your ticket. It’ll be a fun night to drink to a local cele-birdy, and guest of honor, Andy!

This week’s party for Andy isn’t the only beer event being hosted by Tracy Aviary. Watch for Birds & Brews evenings featuring local breweries on August 1st and September 12th. Another offering, called Birdlesque (August 30th), adds a sexy burlesque show into the mix. Also, OktoBIRDfest will take place on October 11th so mark your calendars! Tracy Aviary is doing good things in the name of conservation by helping to increase public knowledge of birds and their habitats and working on various projects in North, South, and Central America. It’s a great organization to support and a fun place to visit. 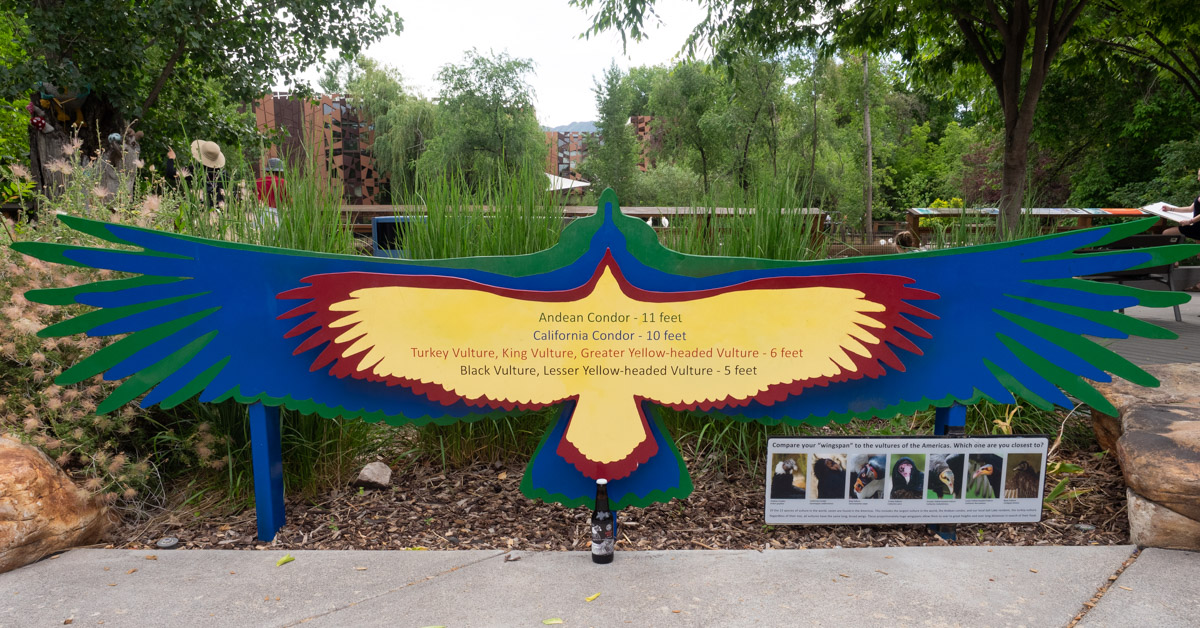 It was truly and honor to meet Andy N. Condor and it’ll be our pleasure to attend his party on Wednesday. We hope to see you there!

Follow Andy on his Facebook page, and look for a photo gallery on our Crafty Beer Girls page.