One of Utah’s most anticipated breweries has finally opened its doors to the public. Templin Family Brewing, located at 936 South 300 West in Salt Lake City, UT, is a welcome addition to the Granary District’s growing population of fine drinkeries. Like any German lager, T.F.’s beauty lies in the subtle details. A strong foundation of gemütlichkeit (German word meaning warm friendliness/good cheer) can be felt from the top of the wooden hangar ceiling to the bottom of your kellerbier. Step in, sit down, and drink it all in. 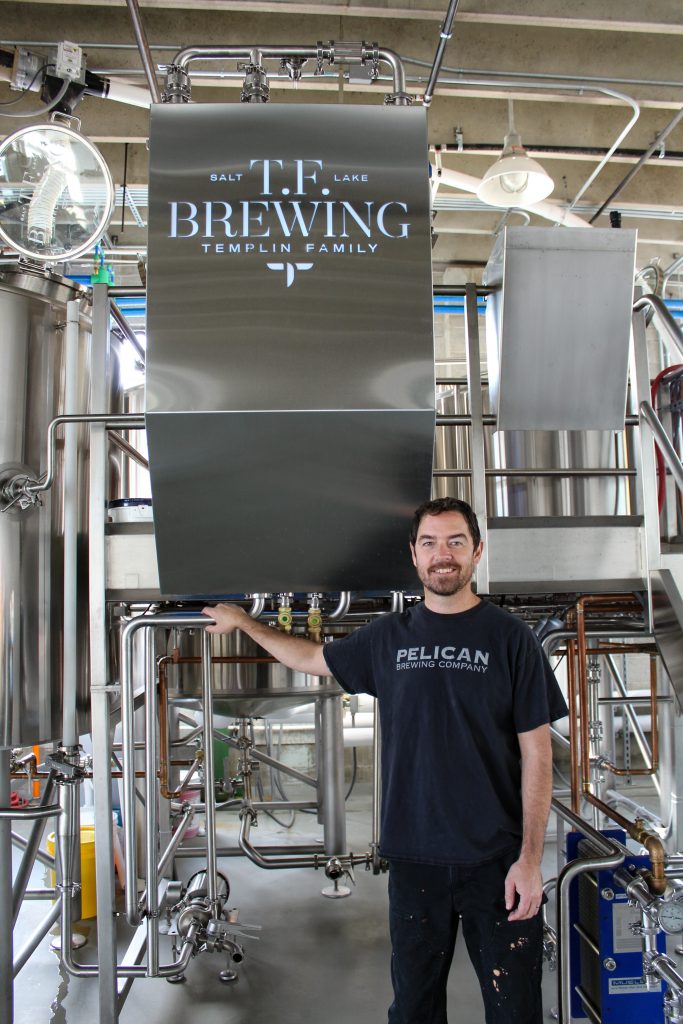 A rather large part of the familiarity you’ll feel when you enter T.F. is due to the possibility that you’ve been drinking Master Brewer Kevin Templin’s beer in Salt Lake for decades. He began his brewing career at Desert Edge in 1995, and several years later, became the brains and heart behind Red Rock Brewery’s beer for 17 years. For most people in the brewing industry in Salt Lake, and many others across the globe, Kevin is an essential member of a large brewing family. The generosity and kindness he extends to all people is an infectious warmth that ignites the taproom. You’ll never see more smiles in one building.

It’s not “Kevin Templin Brewing”, because Kevin isn’t a glory hound; he’s a family man. “Family” is in the name – like a more genuine, non-corporate Olive Garden commercial without the unlimited breadsticks – because the business was built from family effort. Even the name of their first canned beer, Ferda (hockey term meaning “for the boys”), promotes fellowship and the idea of doing good to others. 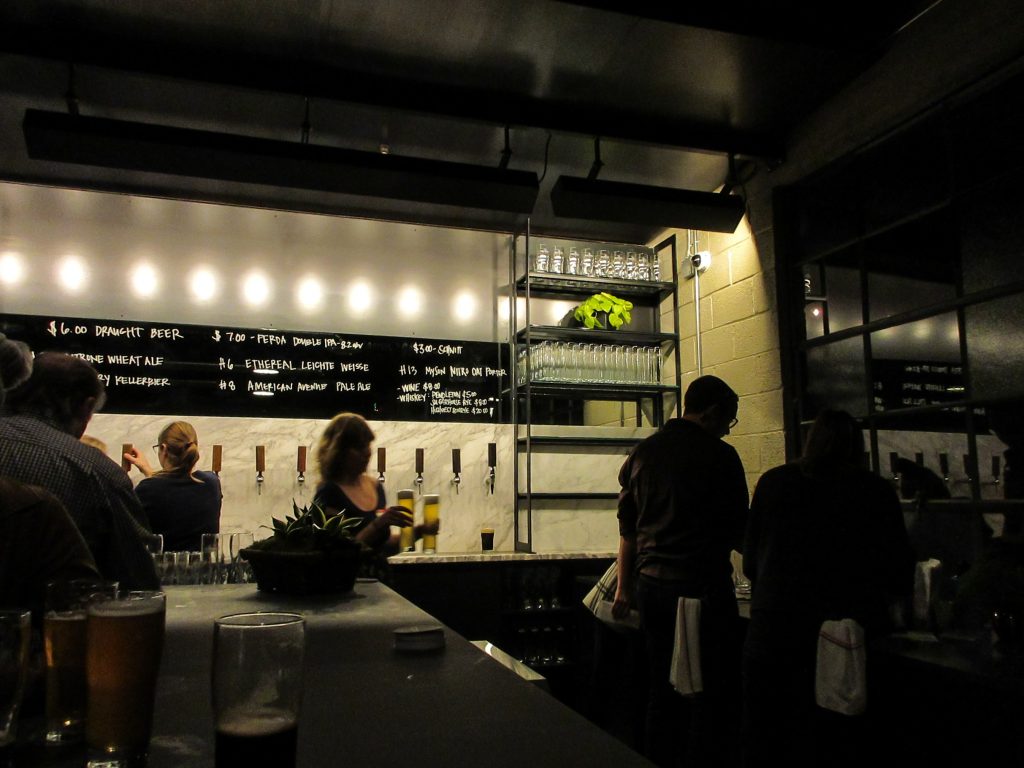 Good vibes and positivity echo throughout the brewery painted in tones of gray and pale blue. The communal, european style seating of long tables and bench seats encourages mingling, from which one can almost always see directly into the brewery. The overall style is modern industrial with a German touch – an unsurprising accent coming from a brewer who loves German beer almost as much as he loves his family. Thirteen taps are mounted on a solid, white marble backsplash below a mirror that lists the current beer offerings. T.F. specializes in German styles, while also presenting impressive American standards. Each beer is served in proper glassware designed specifically for its style. Every detail is an intentional effort to foster the ideal drinking experience.

The back of the house is home to a 15 barrel (465 gallon) brew system that was custom made for T.F. Brewing by DME Brewing Solutions. 6 fermentation vessels, 3 stationary brite tanks, and 3 portable brite tanks round out the stainless steel forest. The southernmost building of the brewery is the barrel house, where stacks of wooden barrels from various distilleries and wineries will be filled with beer for aging. As it is with lagering, patience is the key to the barrel aging process. 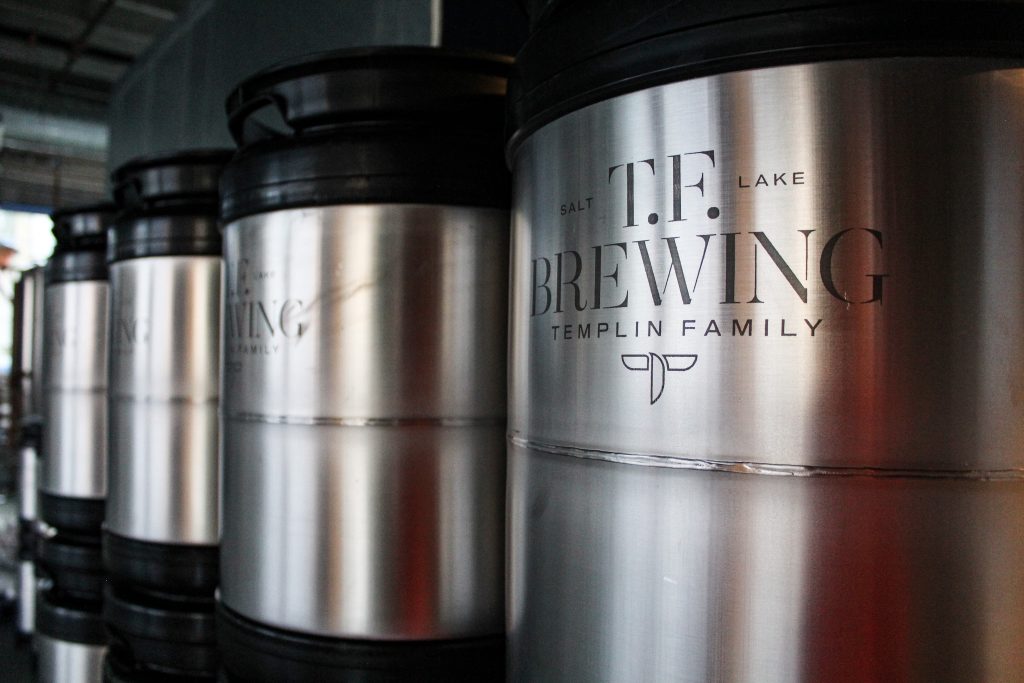 The majority of the beer sold by T.F. will be directly through their adjoining tap room and beer store. 16oz cans and a limited amount of kegs will be distributed throughout Salt Lake City, but the idea is that the beer is best consumed from the source. Cans to look forward to are the high point Albion Belgian Style Trippel, as well as the low point Granary Kellerbier and Ethereal Leichte Weisse, which may hit grocery store shelves as soon as January or February. Tap room beers you can expect to see coming up are a NorthWest Pale Ale, Helles, Farmhouse Ale, and Schwarzbier. Their projected yearly production is 880 barrels (27,280 gallons), which is a little over one brew day per week. Don’t expect T.F. to start cranking out insane volumes of cans anytime soon. For now, their ambitions keep them snugly within their own neighborhood and taproom.

I first met Kevin when I started working at the Red Rock Beer Store back in late 2015. Within about a year, Kevin and the brew crew had taken me under their collective wing, and I began learning the ropes of the brewery. Keep it simple. Keep it clean. Be safe. Be humble. Take it easy. Play good tunes. Beer is a process that shouldn’t be rushed, and should always be respected. When I stood in T.F. Brewing this morning and heard Kevin reiterating all the things he had been telling me since day one, it felt grounding. It felt like home!

So long as the kellerbier keeps flowing and seats are filled with good people, I’ll keep coming back for more. 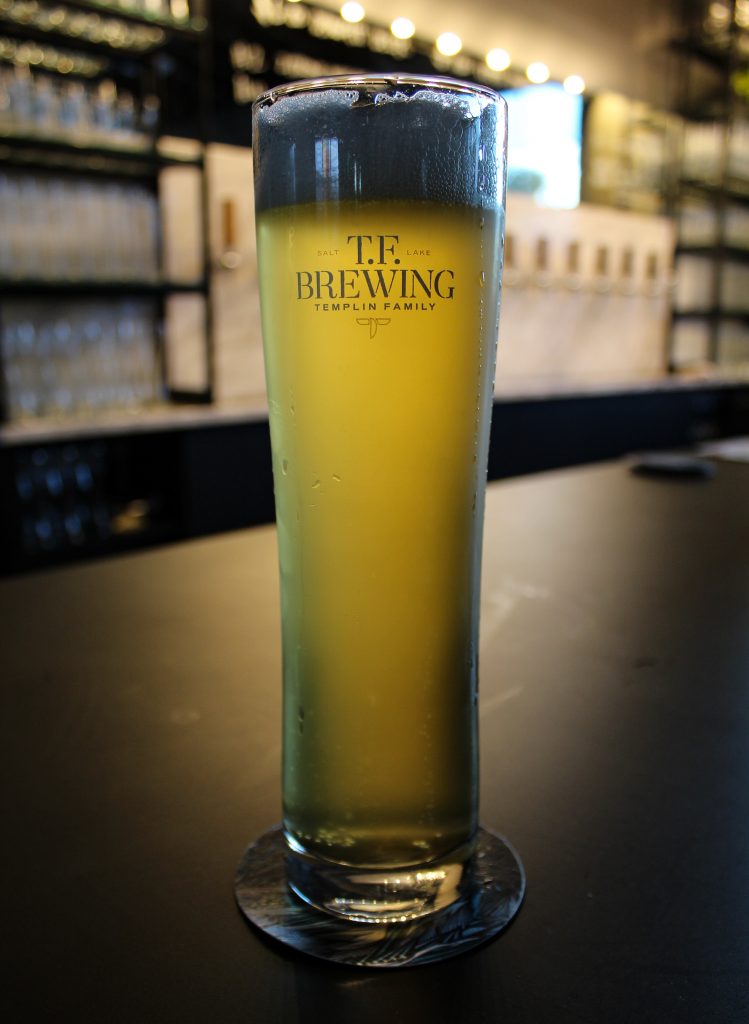