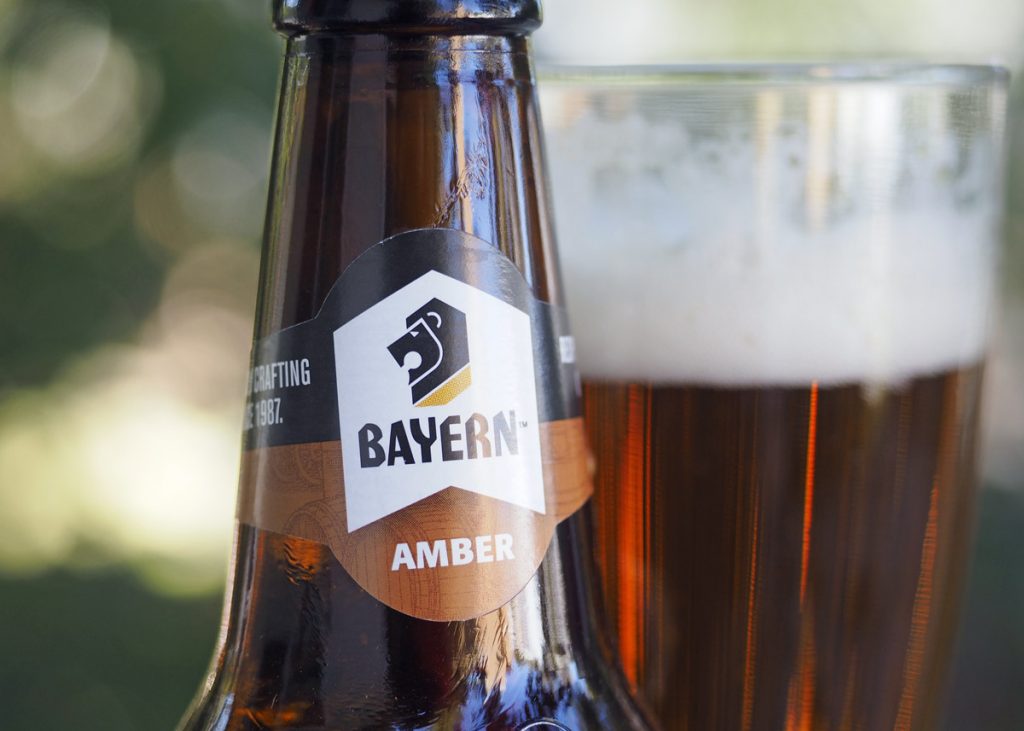 When I wrote about my recent adventure, Bikes and Beers in Washington, I deliberately left out one of my stops. Yes, it was Missoula, Montana (not Washington), but I also think the brewery I visited deserves its own post. Bayern Brewing isn’t a typical brewery – not at all. They hold tightly to their German heritage while employing a forward-thinking attitude that other breweries could learn from. It’s a wonderful paradox that works perfectly for them making Bayern a must-stop on any trip to Missoula. 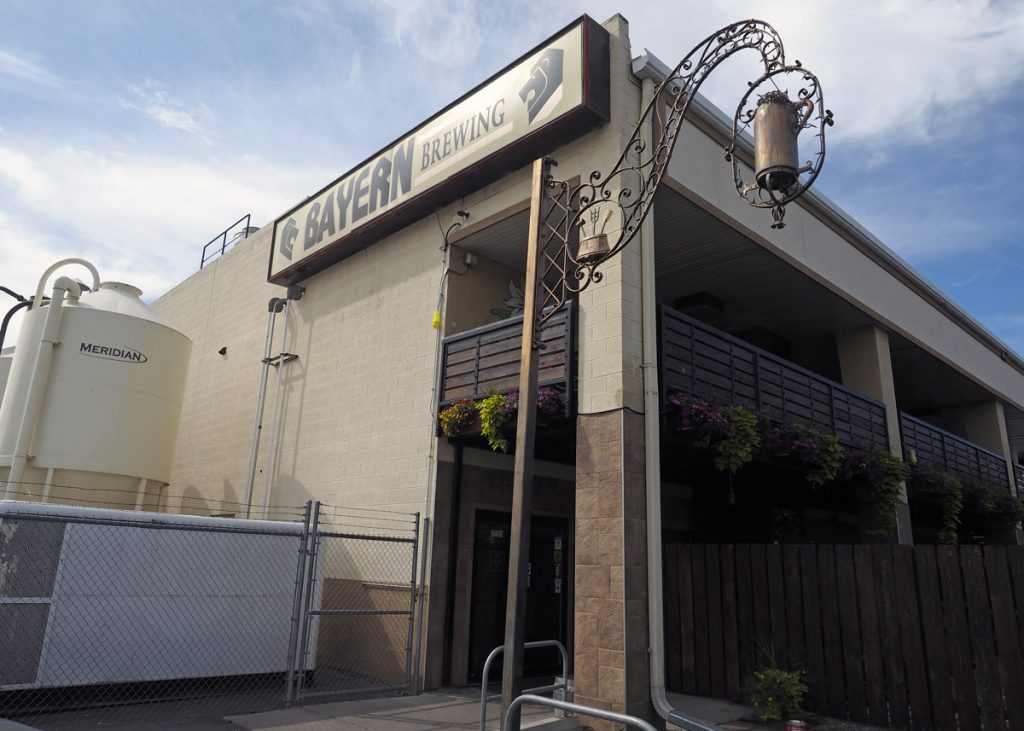 I have been to Missoula a couple of times before, but I didn’t stop at Bayern. This trip wasn’t even supposed to take us through Montana. A road closure in Washington forced us to make a detour. I’m glad that my husband was with me because Bayern is just the kind of brewery he’s happy to be dragged to. John doesn’t drink, but he loves food and always has stomach space held in reserve for German fair. Bayern Brewing is distinctly German. The name is the German word for the state of Bavaria, home to the brewery’s founder. Jurgen Knoller opened Bayern back in 1987 giving it deep roots of more than thirty years in the city of Missoula. 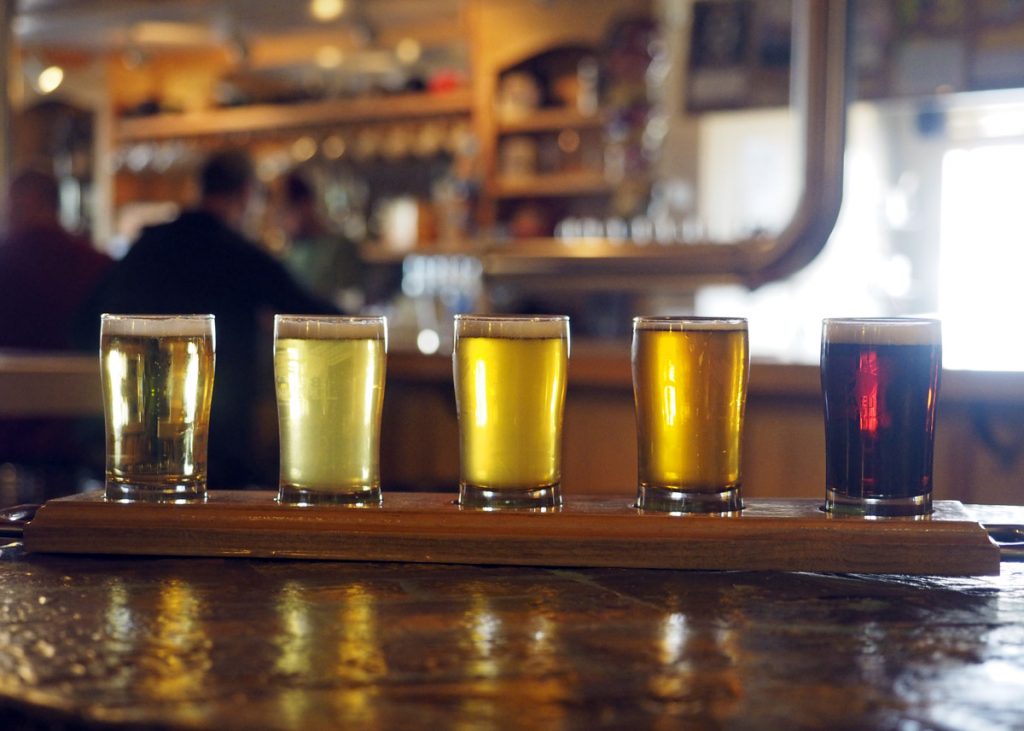 Bayern Brewing takes its German origins very seriously. They brew in accordance with the German Law of Purity (Reinheitsgebot) of 1516, which decreed that beer be made only with yeast, malted barley, hops, and water. You won’t find any adjuncts in the beer or artificial carbonation. All the beer is naturally carbonated and fully matured in the traditional way. Bayern is also a lager house, much like Bohemian in Salt Lake City, specializing in Bavarian-style lagers with the occasional ale, like Hefeweizen, here and there. The beer isn’t trendy, but it’s consistent, and the quality is top notch. 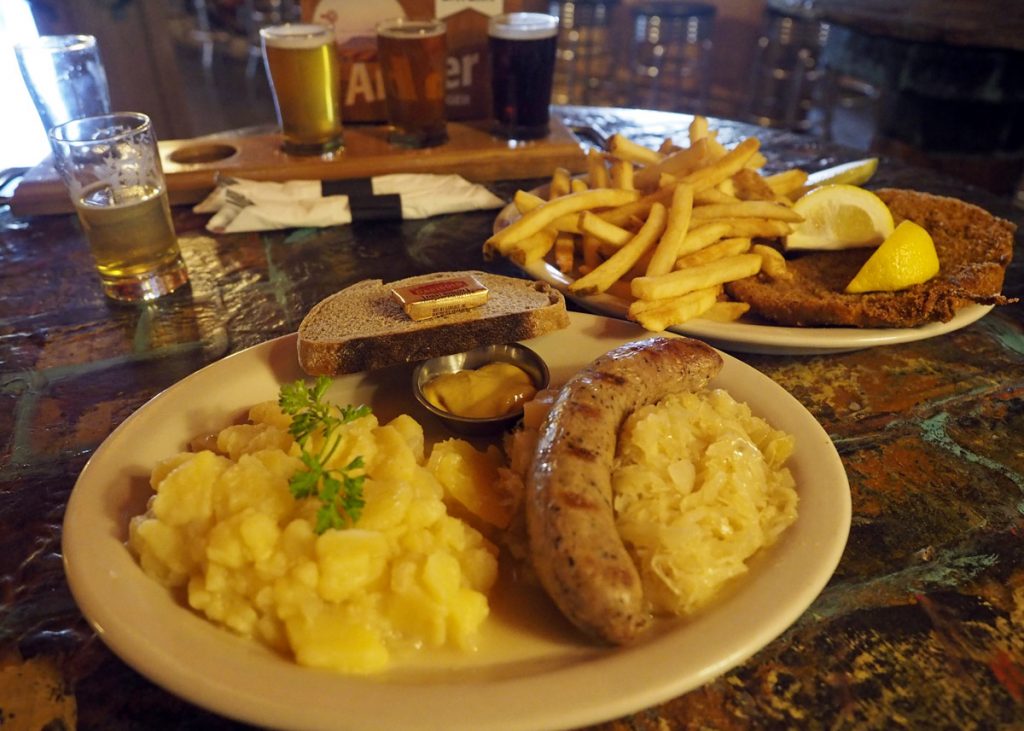 To compliment the beer, the Edelweiss Bistro at Bayern offers a variety of traditional German dishes made with fresh local and imported ingredients. My husband was thrilled with the Wiener Schnitzel, made with Montana pork, and I had bratwurst and sauerkraut with German potato salad. I enjoyed it with a flight of Bayern beer while watching the workers in the brewery through a glass window in the restaurant. After lunch I received an unexpected offer; a tour of the brewery from Brewmaster Thorsten Geuer!

Touring Bayern Brewing was a rare treat. Geuer has been with the company for 15 years, most of the time the brewery has been at its current location. It was on the tour that I discovered Bayern’s progressive side. What I didn’t realize when watching the workers through the window was that they weren’t bottling beer. They were actually washing bottles!Bayern  has a unique program called EcoLeague in which they collect qualifying bottles from multiple beer brands, wash those bottles, and re-use them for their own product. It’s really an amazing thing to watch, and something I’ve never seen at a brewery before. 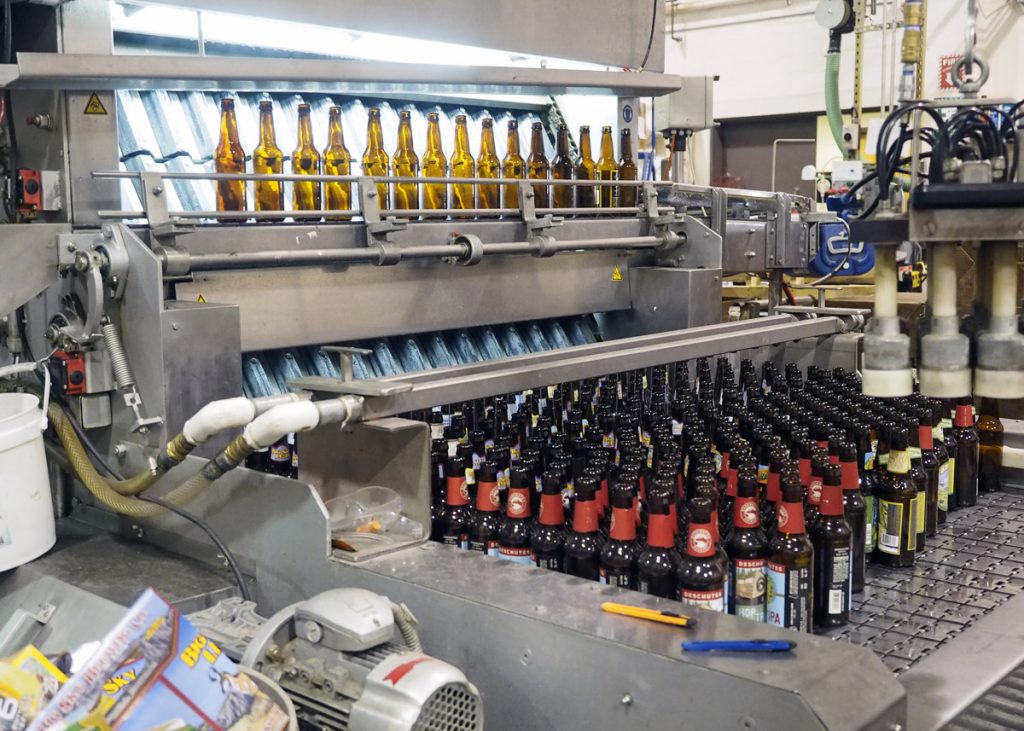 The bottle washer they use at Bayern is yet another German import. This investment made a lot of sense for a brewery in Missoula, Montana. The amount of money spent on shipping is much higher when your city is located many miles from the larger hubs of the distribution network. By collecting bottles in the vicinity of Missoula, being economically friendly is also cost-effective. This is a concept that has been floated by Utah’s Red Rock Brewing in Salt Lake City. Although, the accessibility of Salt Lake may not hold the same incentive to save on shipping costs that it does in Montana. I personally love the idea of local breweries washing and reusing glass bottles as an alternative to hauling them to recycling dumpsters. I’m already saving my glass and making my rounds to all of the breweries. I’d prefer to see that glass bottle have a longer life before it needs to be crushed and processed at a recycling facility.

In addition to washing glass bottles, which they pay $0.05 cents each for, Bayern collects used 6-pack holders at $0.10 cents apiece. Cyclists who bike to the brewery can also receive a discount. To help conserve water, Bayern donates a percentage of their brand, Dancing Trout, to the non-profit, Montana Trout Unlimited. It’s good to see that even an old-school brewery is making an effort to be environmentally friendly and doing their part to preserve precious resources. 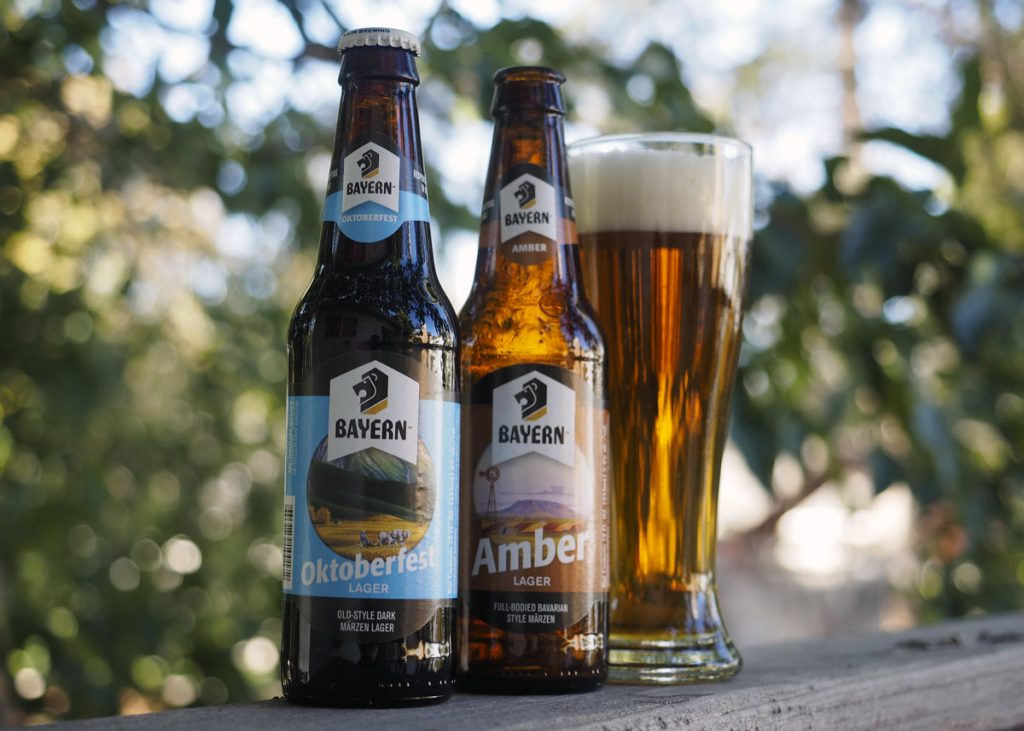 The next time you find yourself traveling through Missoula, Montana, don’t forget to make a stop at Bayern Brewing. At the very least, grab some bottles from Orange Street Food Farm. Not only will you be drinking some amazing German-style beer, but you’ll also be supporting a brewery that looks to the future in all the ways that matter. Prost!

Stay tuned to our Facebook Page for a full photo gallery.