… actually, it was a brewery. And since we’ve decided to be so specific, it was Fisher Brewing Company in Salt Lake City, Utah, joined by The Chocolate Conspiracy and Raclette Machine in the name of flavor exploration and sensory discovery! On Sunday, August 12th, these three SLC gastronomic powerhouses teamed up for a pairing event, in which guests were given five pairings of beer, chocolate, and cheese. The order of tasting the three components of each pairing was self-guided, with occasional suggestions from gurus Tim Dwyer (Fisher Brewing), AJ Wentworth (The Chocolate Conspiracy), and Zara Ahmed (Raclette Machine). Words may never be as tasty as the real thing, but I’ll try my best. 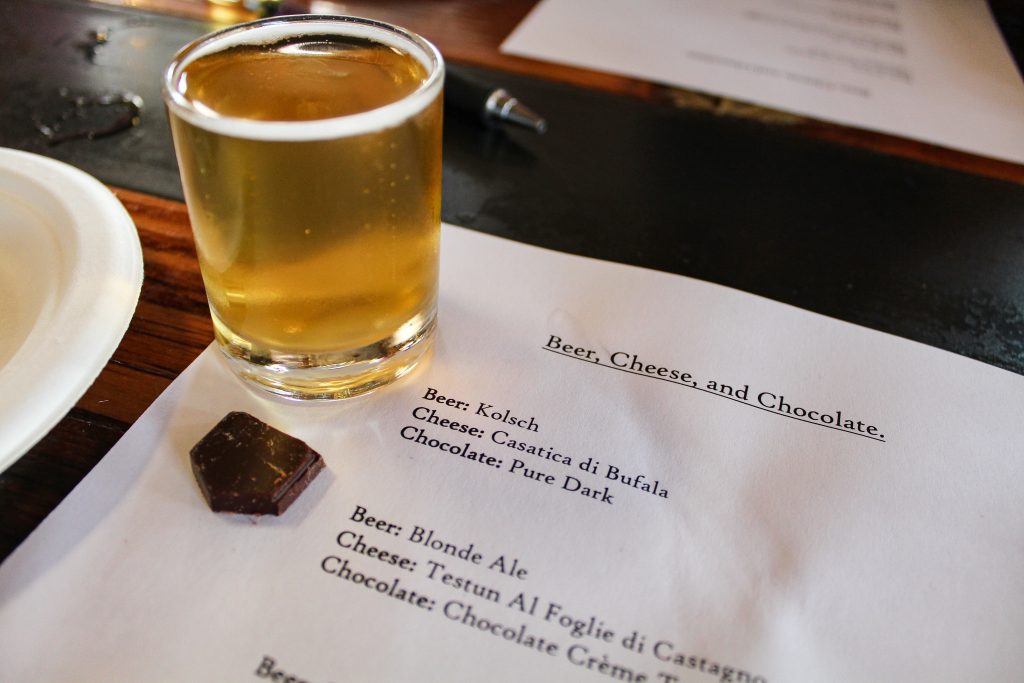 The first pairing featured my new favorite cheese. The mildly sweet nature of the Italian water buffalo cheese was reminiscent of buttercream, and jived with the kolsch to bring out subtle fruit notes. The simplicity of Pure Dark gave an earthy grounding to the glory of Casatica di Bufala – heavenly dirt! Maybe I could just have four more of pairing #1?

Salt is a big player in this pairing, pushed to the forefront by the cheese, elevated by the mild sweetness of the blonde ale, and countered by the creamy, coconut driven flavors of the truffle. My favorite order of pairing for this one was chocolate, cheese, then beer, which is the order of viscosity from heavy to light. This insured some chocolate was still lingering by the time beer made it to the party. 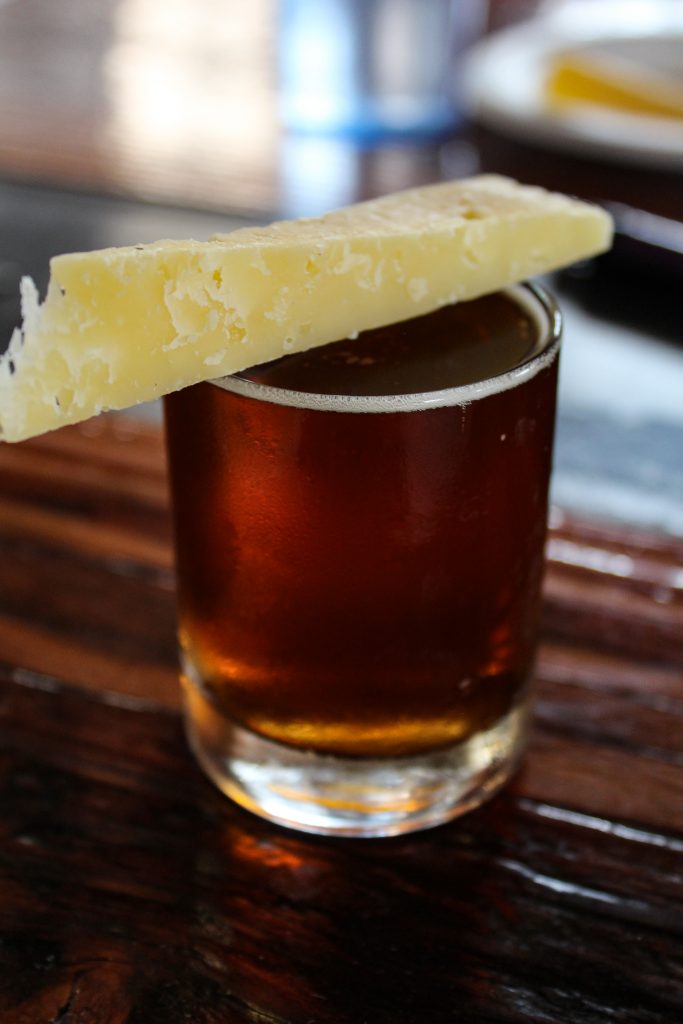 Mild Child is, hands down, my favorite beer made by Fisher. It’s complex in the most drinkable way, and it’s exactly what I want to drink five of on a Sunday afternoon. I thought the only way to make it better was to drink it on cask, but apparently a bit of cheese and chocolate are able to get the job done, too! The salty, almost grainy texture of the Utah cheese yielded an almost grilled cheese-like toastiness when paired with the beer. The Porter chocolate, made by soaking cocoa beans in Fisher Porter for seven days, added a delicate layer of cocoa goodness to the pairing.

I call this pairing the white, blue, and blue. While subtle similarities make this pairing accessible, it’s the contrasting flavors and textures that make this really work. The fruity character of the mosaic hops in the White Pale matches well with the floral and berry notes of the chocolate, both of which bring their own bitterness. The cheese tames the bitterness with wild tang, while lending a creamy mouthfeel to contrast the carbonation of the beer. 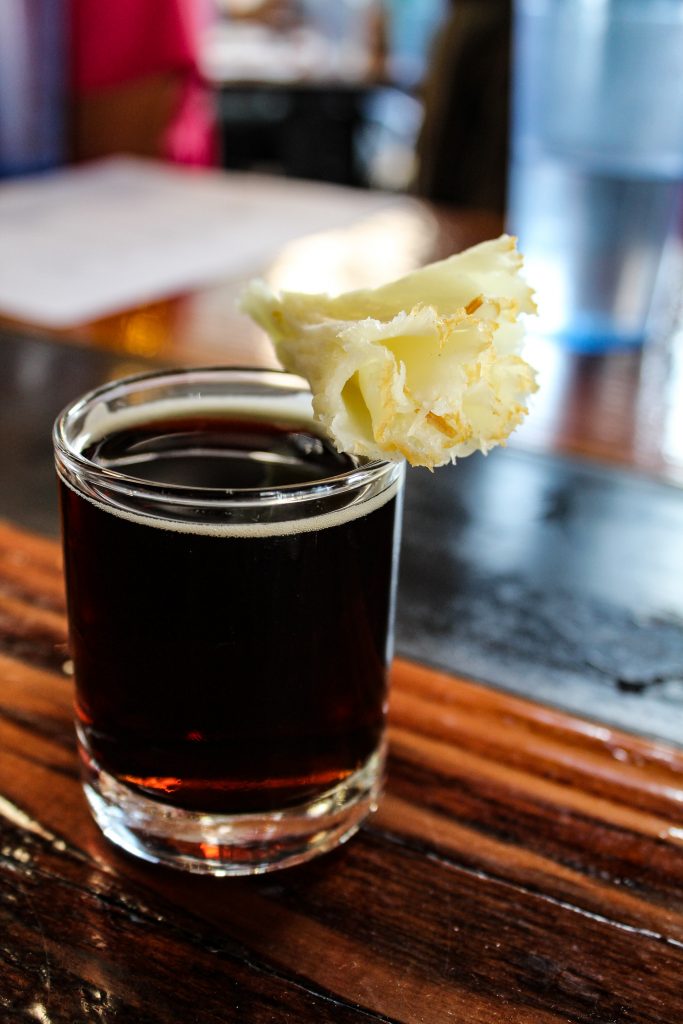 The final pairing was a true nod to the appropriate ending to any good meal – dessert! And what’s a finale without a bit of flare? That’s right, they whipped out the cheese curler for this one. The way the P’tit Basque was curled up had me thinking mushrooms right off the bat, and probably had me looking for earthy, rich notes in the pairing. The chocolate shared several similarities of nuttiness and cocoa with the Porter, and in combination with the airy, creaminess of the cheese, I was convinced I had been delivered a slice of chocolate cake!

It was an afternoon well spent! Keep your eyes peeled for future organoleptic events of beer, chocolate, and cheese pairings on social media. Thank you Tim Dwyer (Fisher Brewing), AJ Wentworth (The Chocolate Conspiracy), Zara Ahmed (Raclette Machine), and all helpers for organizing this tasty occasion! Looking forward to the next!