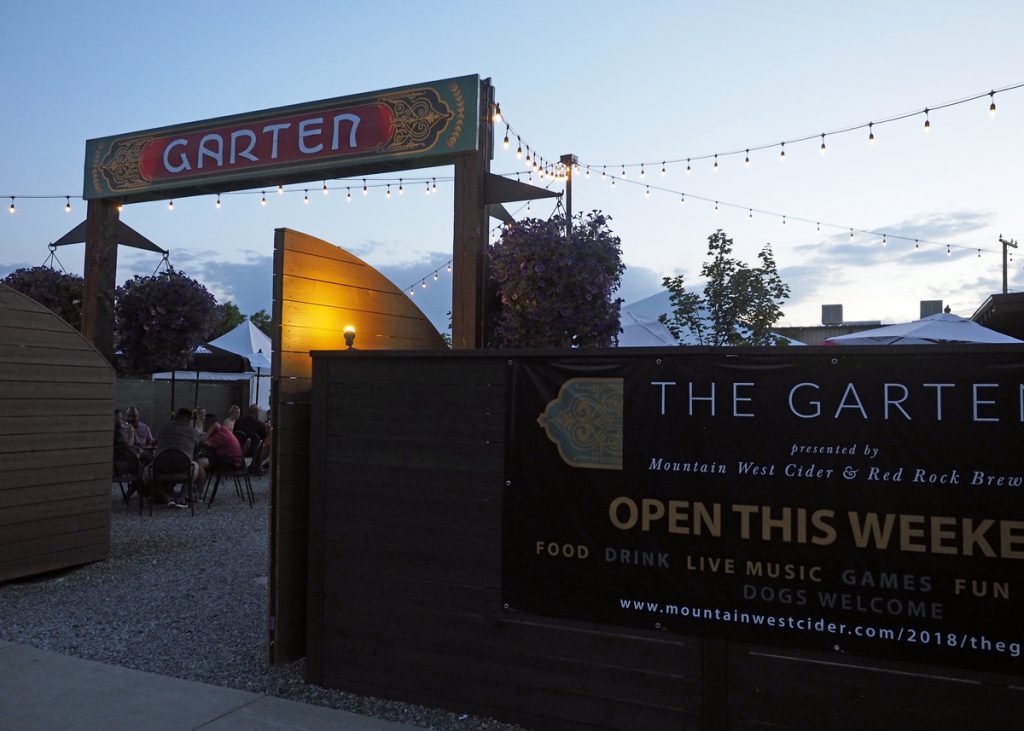 There’s a German word, gemütlichkeit (ɡəˈmo͞otlikˌkīt), which is used to express a feeling of warmth, friendliness, and good cheer. You can find gemütlichkeit at a biergarten (beer garden) where folks gather to socialize and enjoy a sense of community and peace of mind over a stein of cold beer and a plate of good food. The Garten in Salt Lake City has built a lovely outdoor space to provide just that; the magic of the biergarten.

The biergarten originated in the German state of Bavaria where lagers were being brewed without the benefit of refrigeration. Lagers need to be slowly fermented and then aged at cool temperatures so brewers dug cellars deep in the ground for the beer to live. To further aid in insulation against the heat of the sun, the ground above the cellar was covered in gravel and chestnut trees planted for shade. Naturally, this pleasant, shady setting adjacent to the brewery was the perfect place to enjoy a cold one. Soon the biergarten became part of Bavarian culture. 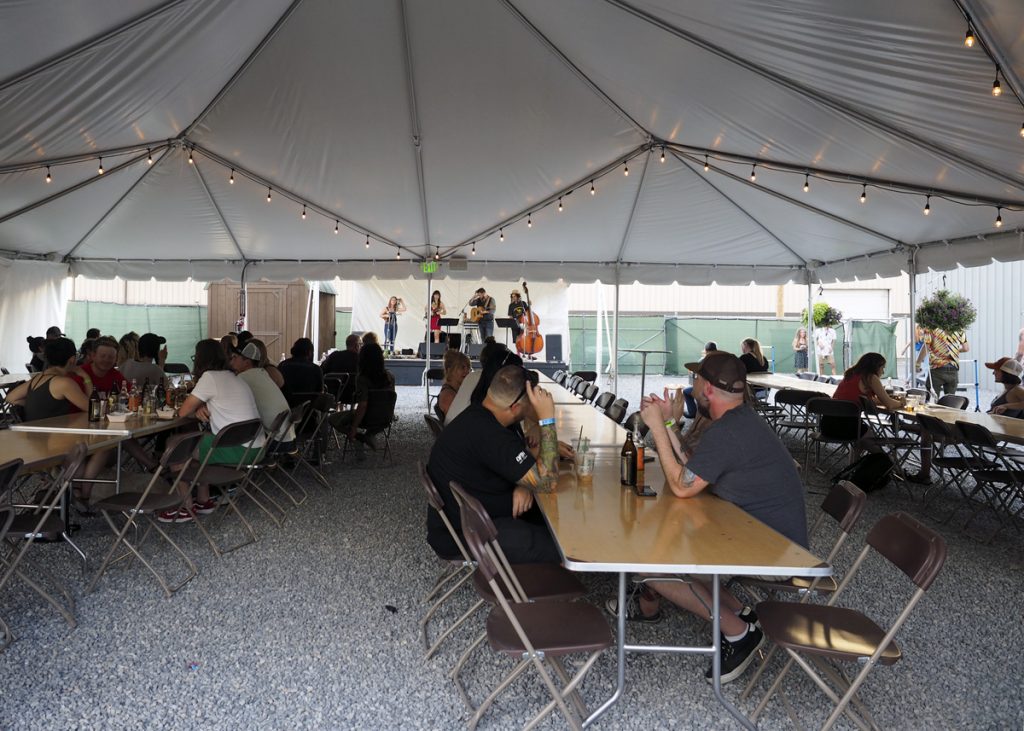 A traditional biergarten has long tables where friends and strangers alike sit together and converse. Food, live entertainment, and games encourage merriment and fellowship. In the old days, steins of beer had lids to prevent any unwanted element of the surrounding environment (leaves, bird poop, etc.) to fall into your beer. People could even bring their own picnics from home to enjoy in this place of communal gathering. With the immigration of many Germans to America in the 19th century, biergartens made their way into American cities and have found a place in our own culture.

These days, many beer gardens in the US have their own flavors and a definite modern twist. Many are just outdoor drinking areas at local events, but some are permanent establishments offering many of the traditional elements found in the originals. This summer, experience a taste of what a beer garden should be as Salt Lake City welcomes The Garten to the Marmalade District (west of the capitol building). If you’ve attended the 4th West Fest hosted by Red Rock Brewing Co. and Mountain West Hard Cider, you know the location (417 N. 400 W.). 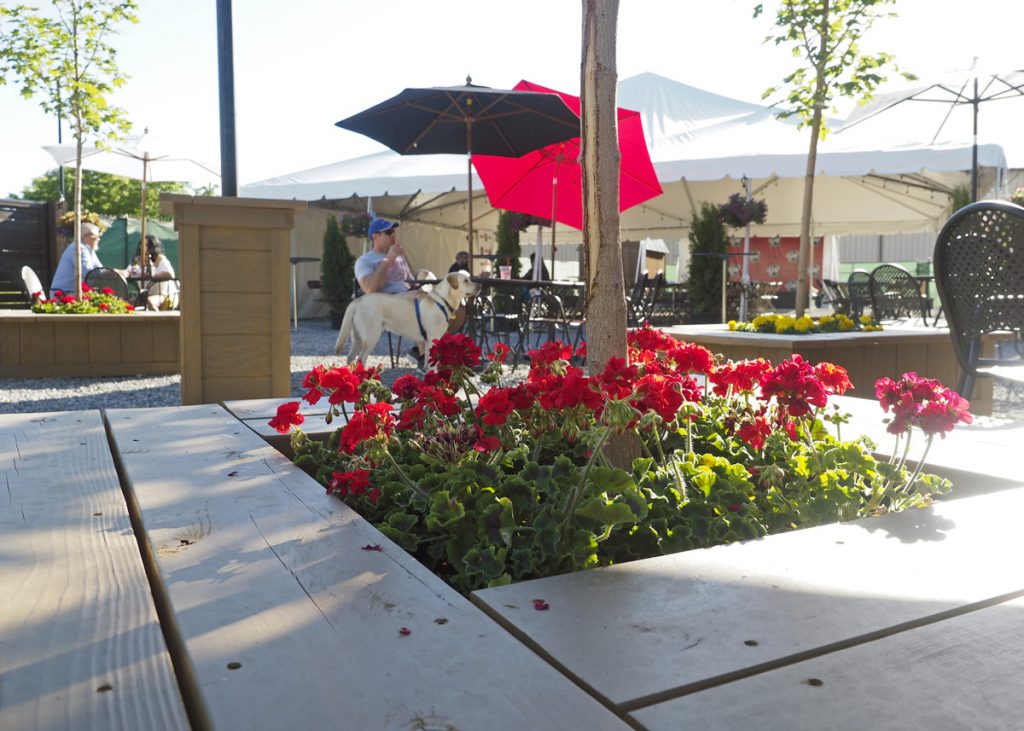 The venue itself, adjacent to the Mountain West Hard Cider building, has seen some upgrades and improvements, like the permanent bar complete with a flat screen and shelves for displaying liquor, cider, and beer options. Hanging planters overflowing with flowers adorn the fences and big tent giving the space an Alpen feel. The long tables under the big tent encourage social interaction with strangers; friends you haven’t met yet. Games of ladder golf, cornhole, and giant jenga await. Strings of warm glowing lights add to the ambiance and make it truly magical in the evening hours. 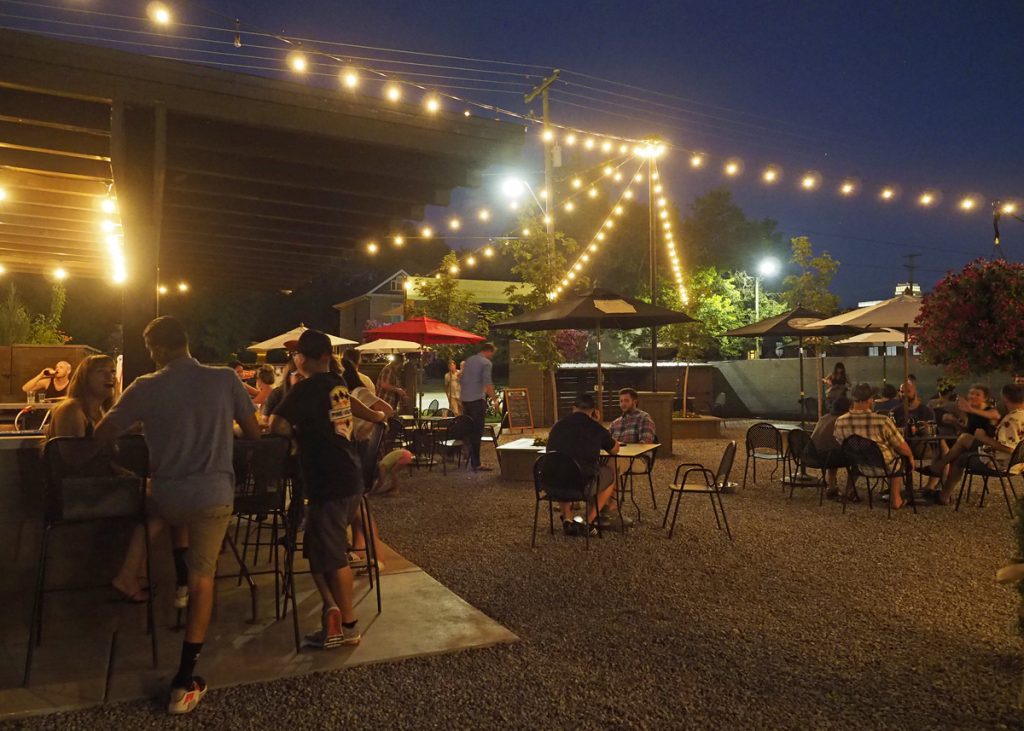 What makes The Garten so striking is the atmosphere. This isn’t just a bar. It’s a place where people can come together, with their kids and their dogs, and enjoy a little gemütlichkeit. There’s a full bar, live music, a food truck, games, and all-around good vibes. It feels like a community. And it’s unique for Utah. Outside of this state, a scene like this might be normal. But here, where strict liquor laws limit the mixing of children and alcohol, it’s special. 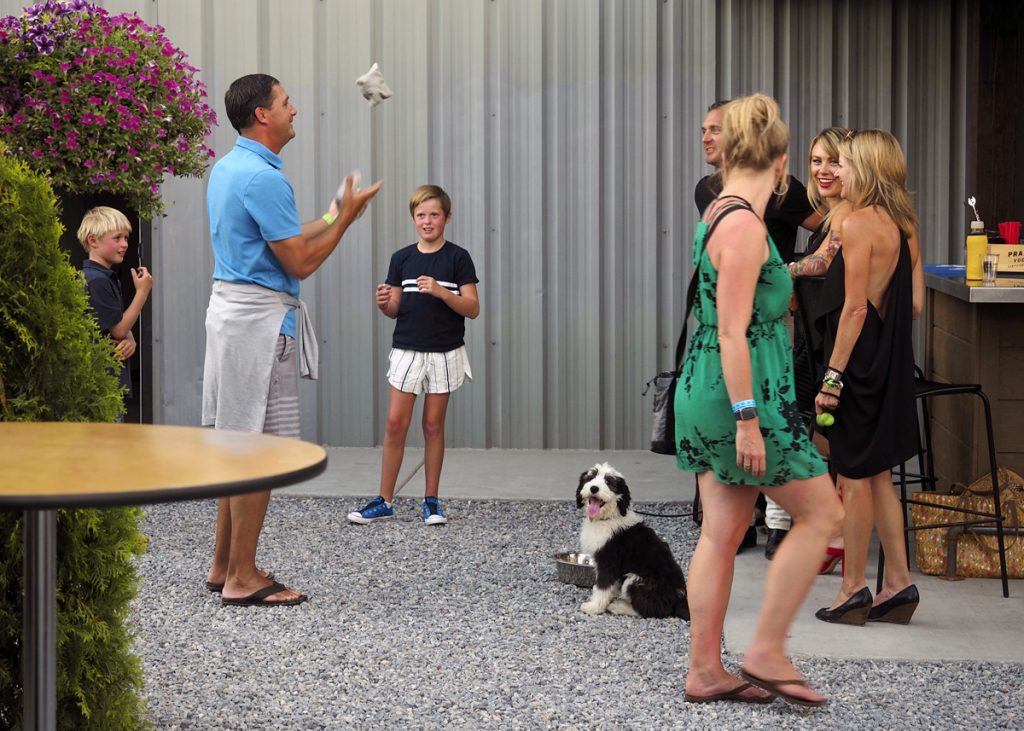 For now, The Garten has a series of temporary event licenses keeping them open on weekends during the summer of 2018 through Oktoberfest (closing October 7th), but they’d very much like to become a permanent fixture. If they achieve that goal, they likely won’t be able to maintain the current vibe. As of July 1st, 2018, Utah requires liquor licenses to be either a “bar” or a “restaurant.” The Garten would be hard-pressed to conform to strict restaurant rules leaving only the 21-and-older bar option barring children. Continuing the limited temporary permit option is the only way to keep The Garten as it should be. Perhaps it’s time to petition our state representatives to allow all Utahns the freedom to be adults and to be parents who are allowed to take their children to a beer garden if they choose. 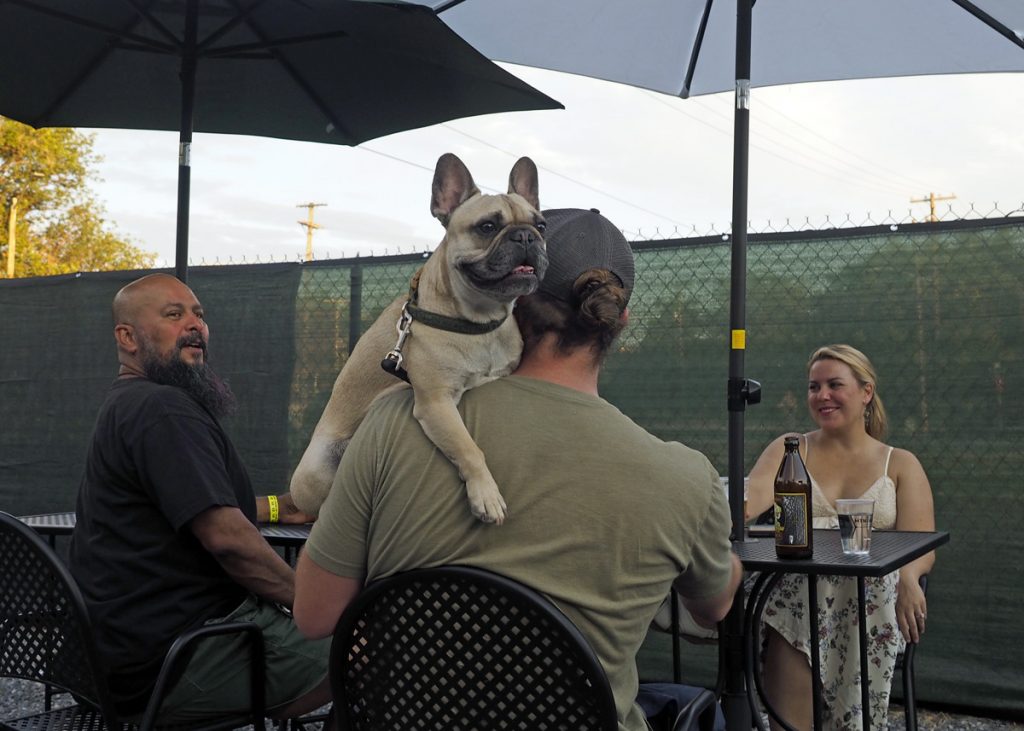 Any weekend is a good one to visit The Garten. Open Friday, Saturday and Sunday through October 7th, there are only a couple of exceptions. The Garten will be closed the weekend before Pioneer Day (July 20-22) and the weekend of the Utah Beer Festival (August 17th -19th). Check out the Marmalade Jam Fest on September 22nd and the 4th West Fest Oktoberfest edition on September 29th and 30th. Get down there at least once this year to enjoy good food, good music, and good people. Order a beer, a carafe of cider, or a cocktail and experience a bit of gemütlichkeit in your life. It’s the magic of the biergarten right here in Salt Lake City.