My recent trip to Germany with the Pink Boots Society has blessed me with a plethora of information about which to write a seemingly endless stream of Bavarian-influenced blog posts. As I’ve been writing about the adventures of Zoigl, the breathtaking beauty of The Hops of Hallertau, and the delectable Bamberger Zwiebel, dozens of memories have been popping into my head. In a fit of reminiscence, I’ve recounted some of my most fond moments. May you find them just as silly and memorable as I did. 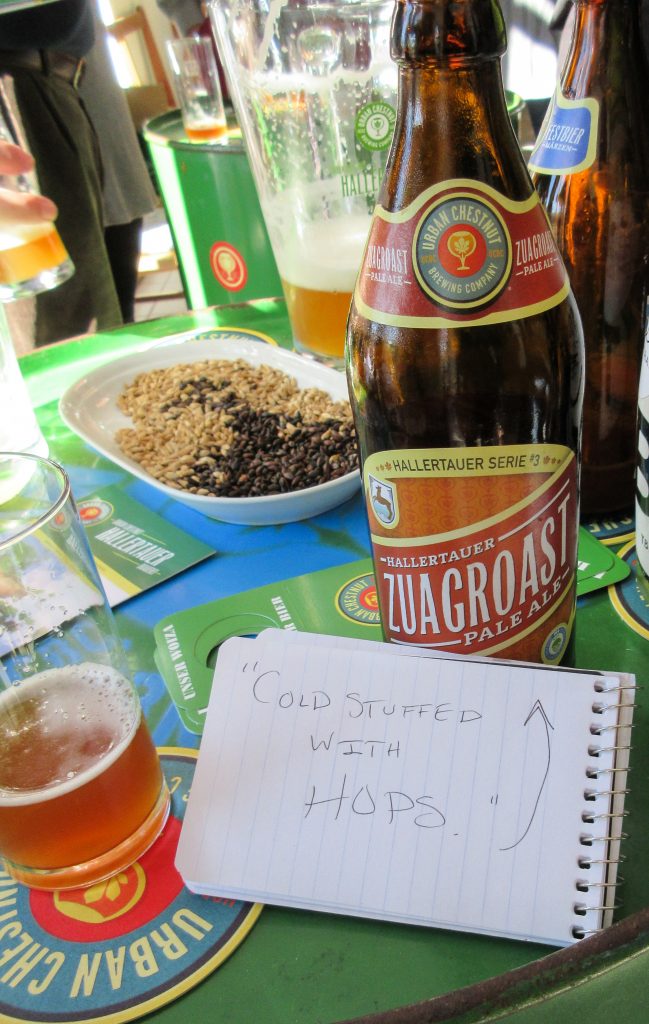 It was a promising, sunny morning in Wolnzach when our small coach rolled into the parking lot of our first stop of the day. Many of us were just waking up from our coach naps as we unhurriedly stepped and stretched our way out into the morning air. Goats and chickens greeted us through a nearby fence. Actually, they wanted nothing to do with us, but we loved them just the same, and for no reason other than their cuteness. 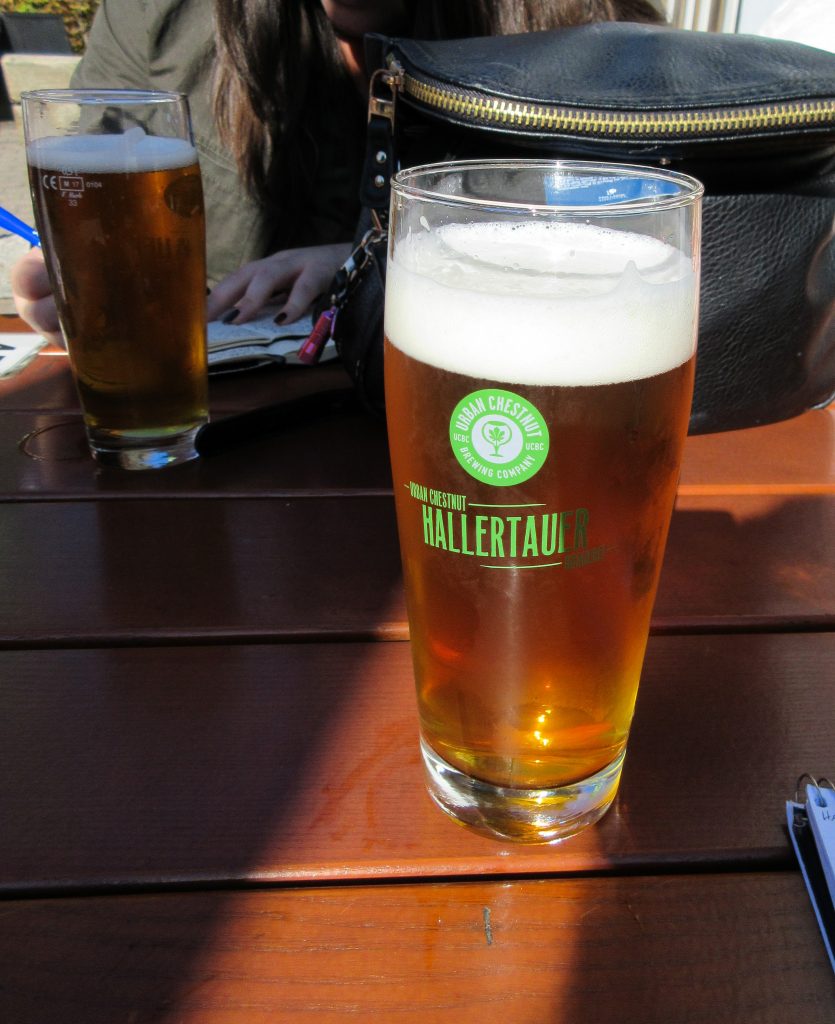 We had arrived early, or maybe our tour guide was late, but whatever the mixture of circumstances, we had time to relax and soak in some vitamin D over Zwickelbier in the biergarten. From my observation, part of the German rite is drinking beer at any time of day and nobody judges you for it. We took full advantage that AM as we reflected on the previous day’s happenings, the pronunciation of “Willi Becher” glassware, and life in general.

Somewhere between the near end of my first beer and the ponderings of my second, we were ushered into the brewery to begin our tour of Urban Chestnut. After hearing their origin story and wandering the brewery and cellar, we were given the opportunity to taste a few beers. Our tour guide, Simon, was kind enough to speak English for us during the tour. But sometimes phrases get a bit lost in the translation. When describing the way hops were added to a particular beer, Simon said it was, “cold stuffed with hops”. It only took a bit of imagination to realize he was talking about the process of dry hopping – adding hops to beer that has already begun fermenting. We shared a good laugh, and I don’t think any of us will ever think of the process the same again! 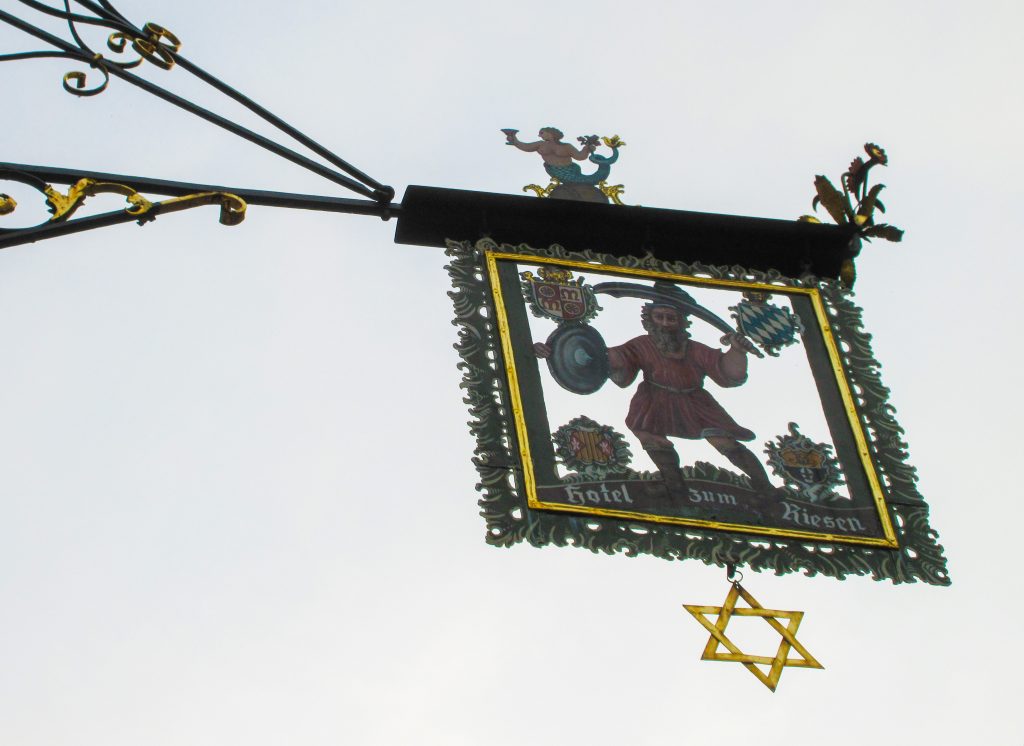 Tour-mate Katie, tour guide Tom, and I were the first to arrive at our meeting place in Miltenberg, Germany. The rest of the group was en-route to the small town straight out of a Disney fairytale, and would arrive one by one or in smaller groups throughout the day. The three of us dragged our suitcases from the train station to the hotel, their weight intensified by the burden of jetlag. We got checked in, made comments about the strangeness of the bed linens and toilet buttons, and then were off to explore the town.

Katie and I found lunch and our first beers of the ten day trip at Kalt-Loch Bräustüble. One half liter turned into two, and then talk of finding a third elsewhere made me thankful I had worked on my tolerance before leaving home. We climbed up the hill to a castle, attempted to find an elusive biergarten along the Main River, and eventually ended up at Zum Riesen. We found an empty wooden table and chatted over kellerbier, noting the time we were supposed to return to the hotel to meet the rest of the group. It wasn’t long before the neighboring table of elderly men began questioning us, and asking if we were “sheep”. The town had a few large herds of foreign people being shepherded around by tour guides with microphones. The laughter that ensued was amplified by the fact that we not only got their joke, but that we understood it despite the language barrier.

One man named Oskar joined us at our table while we discussed our interests. He mentioned that he had been born in the house we sat in, and Elvis Presley had frequented the pub in the late 1950s while he was stationed near Miltenberg. His eyes grew big and he smiled wide as he told us that one time, his mother had almost booted Elvis from the pub for not having proper identification. He slapped the table and let out a hearty laugh. 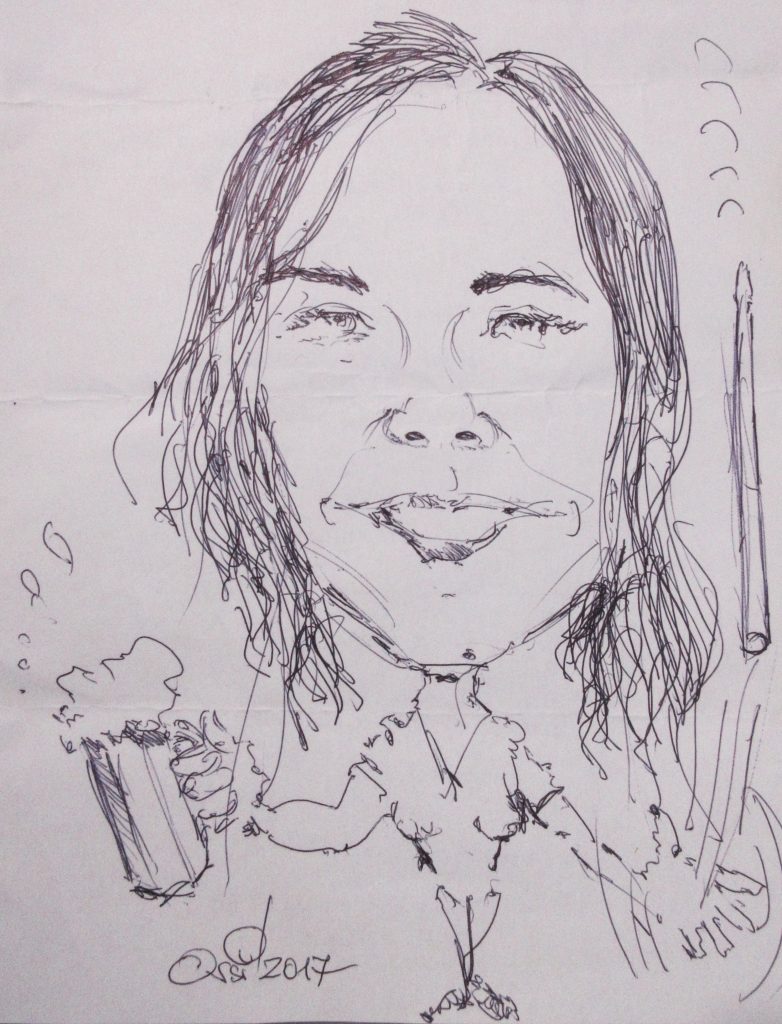 The time for us to join our other tour-mates was nearing, but Oskar insisted that he draw my caricature. Katie set up a screen of menus around Oskars artwork in progress as he sketched my cartoon-self with a beer in one hand and a drumstick in the other. When he was done, the menus were removed and the masterpiece was revealed. Hah! If you had asked me 24 hours earlier what my first evening in Germany would be like, having my caricature drawn by an old Miltenburg resident in a pub that he was born in would not have been my first guess! 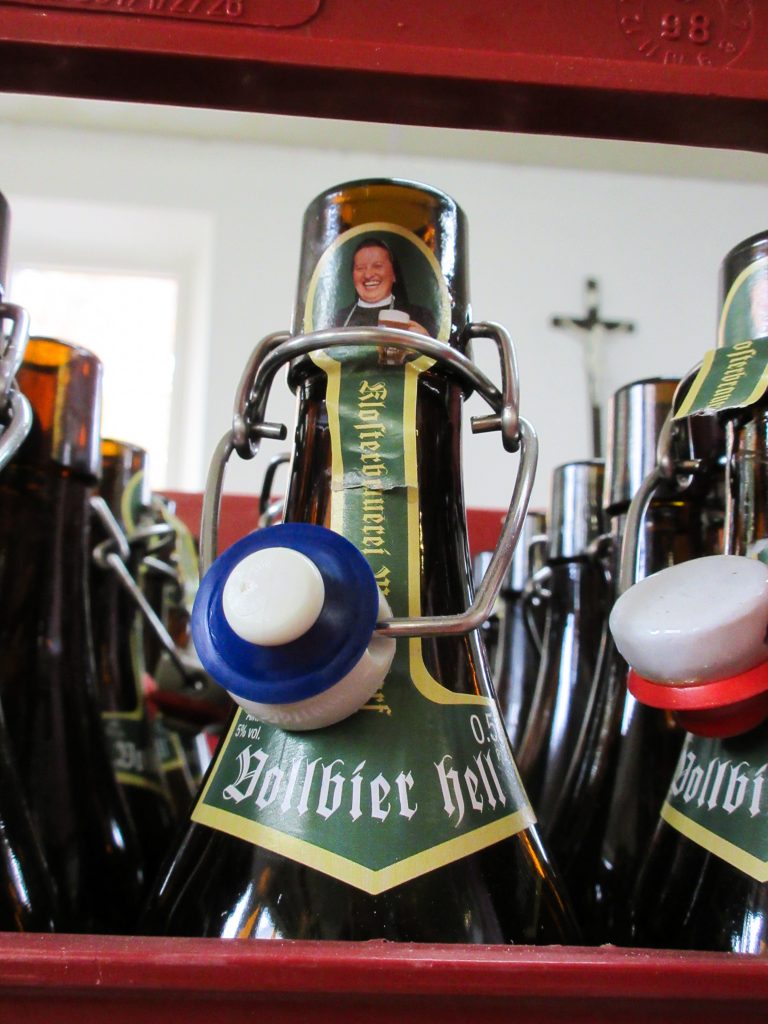 The morning was soft and grey when we arrived at Klosterbrauerei Mallersdorf. We were scheduled to meet Sister Doris, a famous female brewer we all looked up to. She had helped pave the way for women brewers, and continued to prove that females were equally as capable as men for the task, even in her old age. Sister Doris walked us through the brewery, occasionally putting the tour on pause to sell bottles of beer to go to those that stopped by. I slowly inspected the brewery, taking note of the different machines and imagining how they operated. The experience reminded me of walking around my grandparents house when I was a child. Everything seemed so old, but all was clean and in good operating condition. I stared extra long at the things I didn’t understand, and left with the resolve that I’d understand when I was older.

Sister Doris was jovial and loved to crack jokes. Our group often laughed at two separate times – the first was those that understood German, and the second was after Tom, our tour guide, translated the wisecrack into English. One such occasion was when we were discussing the bottles and labels they used. Each bottle has a neck label that extends nearly to the top of the bottle lip, at which sits a picture of Sister Doris herself holding some of her delicious beer. She went on to explain that we must drink directly from the bottle, and after a short pause, she grew a long smile and continued with the German translation of, “…because it’s the only way to ‘schmooze’ with a sister!”. She lead the group in laughter with a roaring guffaw as her cheeks turned red. We followed suit and concluded with a hefty swig from the bottle, our lips still slightly pursed from a good chuckle. 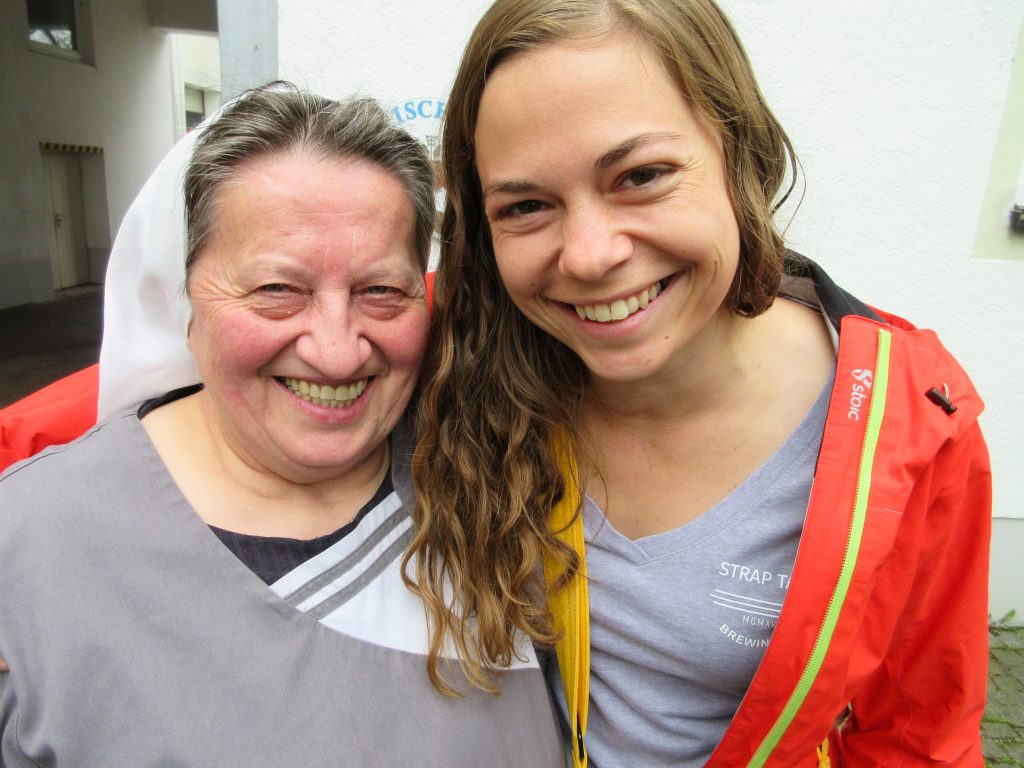