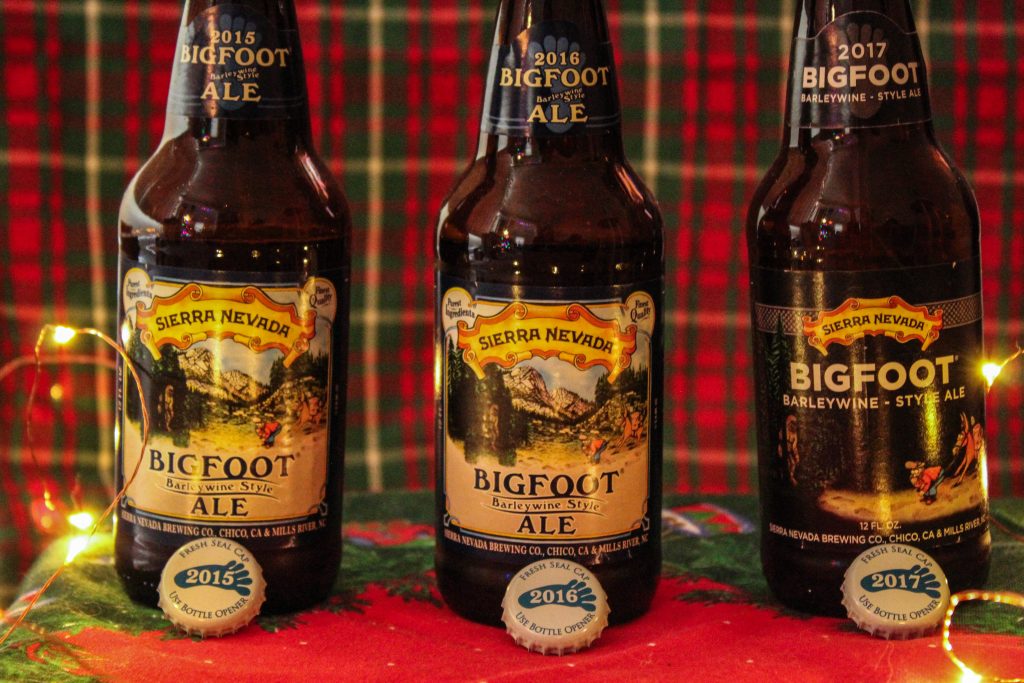 The holidays are an excellent time to reconnect with family, friends, and your cellared beer! Perhaps you’ve been setting aside bottles of Bigfoot Barleywine for the past few years. Or maybe you’ve been saving some Anchor Christmas Ale. Some beers – typically high ABV – can be perfect for stashing away in your basement to mature and morph into more interesting versions of their younger selves. What better time to dig up your aging collection than the holiday season? It will make for A Very Vertical Christmas!

After digging through my cellar, I found a few dusty bottles that would surely welcome the Christmas spirit.

The very first vintage of Bigfoot Barleywine was 1983. It has long been celebrated as a beer worth cellaring, and its wide availability and low price point make it ideal for those looking to create a cellar on a budget. 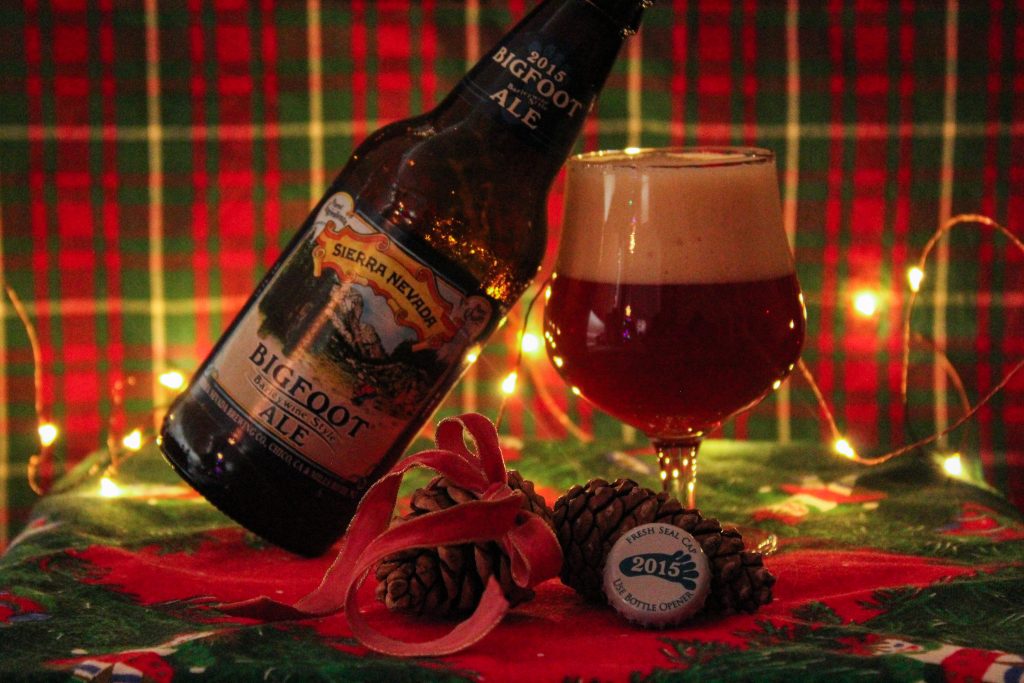 Mouthfeel/Aftertaste:
Aggressive, earthy bitterness on the finish – like sucking on an espresso puck. Medium-full body, with low carbonation. Intensity is high. Mouthfeel is slightly slick. There’s a copper penny-like metallic character that persists with the aftertaste.

Overall:
Very complex aroma and flavors, though the bitterness is overwhelming and unbalanced. I’d find great difficulty in finishing a bottle without some food to pair with it. 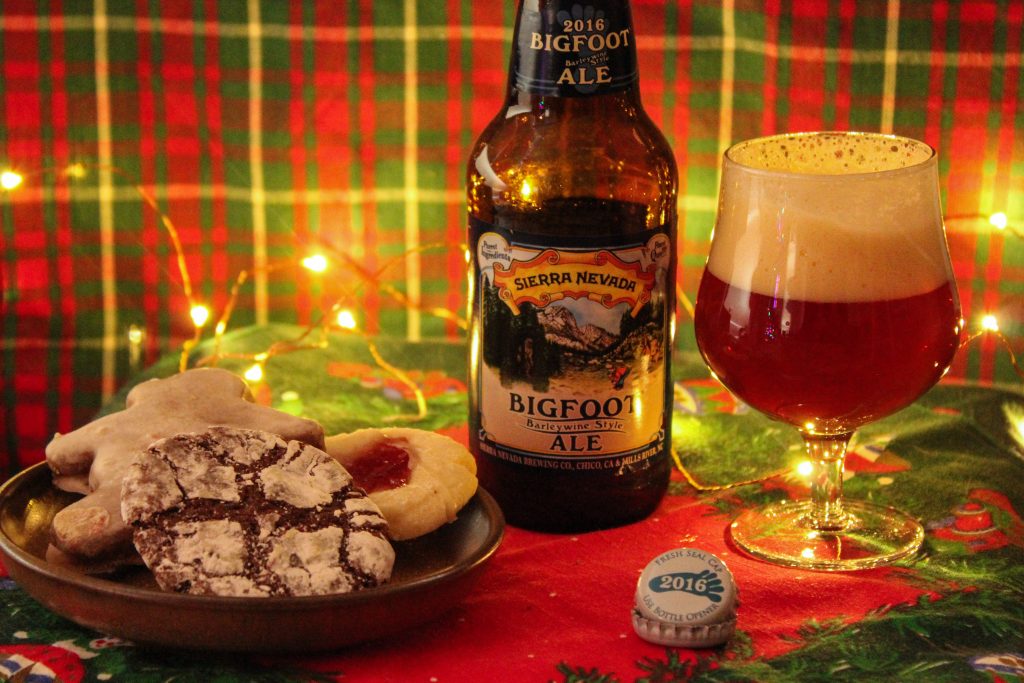 Overall:
Appearance, mouthfeel, and aftertaste all remain consistent between 2015 and 2016 vintages. In comparison, the 2016’s aroma is a little less complex, and pushes more notes of cocoa and a hop character that leans more toward piney hops rather than herbal ones. The booziness is also more forward than the 2015 edition. 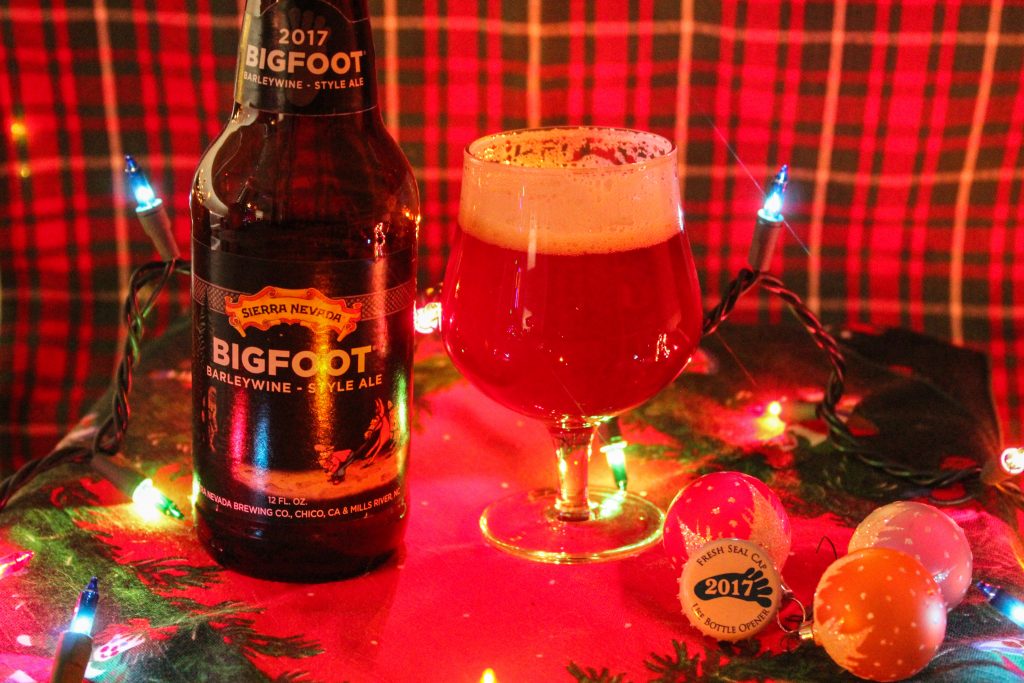 Appearance:
Slightly darker than other vintages – closer to ruby, taller foam as well.

Aroma:
Balance of sweet dark candy and floral hop bitterness – most balanced of the three vintages. Soft pome fruits with some stone fruit also mingle – more fruit than other vintages.

Flavor:
More nuttiness than others. Flavors are a bit more jagged – suggesting individual ingredients rather than a unified, harmonious complexity. Bitterness is much more in balance, though still prominent.

Overall:
This is the most drinkable of the three for the sole reason that the bitterness is more in balance. However, the flavors and aromas themselves are much less interesting than the others. The flavors are a bit more jagged, suggesting individual ingredients rather than a unified, harmonious complexity. The carbonation and alcoholic warming are higher, and the color a tint darker than the other vintages as well. It’s important to note there has been a revamp of the label, which may be affecting my perception.

The most notable differences between vintages were the level of perceived bitterness and the level of complexity. The bitterness seemed to fluctuate from balanced (2017) to harsh (2016) to a little less harsh (2015). I’m wondering if, with a few more years of aging, the balance of bitterness would come back around to something more palatable. The complexity increased dramatically with age, as one might expect. The perception of alcoholic warming or booziness decreased with age. I also noticed the perception of hop aroma and flavor progressed from floral (2017) to piney (2016) to herbal (2015). This may be the slow creep of oxidation taking hold of the beer.

Something I learned overall is that Sierra Nevada is not afraid to hop your face off. With a name like Bigfoot, I suppose I should have seen it coming! I’ll spend the rest of the evening numbing my palate with hops, and learning the true meaning of Christmas (…barleywine is life).

And with this poem I bid you the happiest and hoppiest of holidays!

Twas the night before Christmas, actually, two nights before.
When I began yearning for loved beers of yore.
My cellar did hold the old beer that I wanted,
So I chased off the spiders and cobwebs undaunted.

One vintage, two vintage, three vintage… four!
I slowly unearthed each beer dinosaur.
My archaeological dig a success,
I darted upstairs to uncap and obsess.

But first, each bottle deserved a slight chill.
Within each glass cage stood ambrosia or swill.
I hoped the latter would not be the case,
That these beers had improved in their dark hiding place.

Not a bottle was tainted by time it would seem,
As each gave a good showing – just like in my dream.
And so I wish you all the same good delight
A Very Vertical Christmas to all, and to all a goodnight!