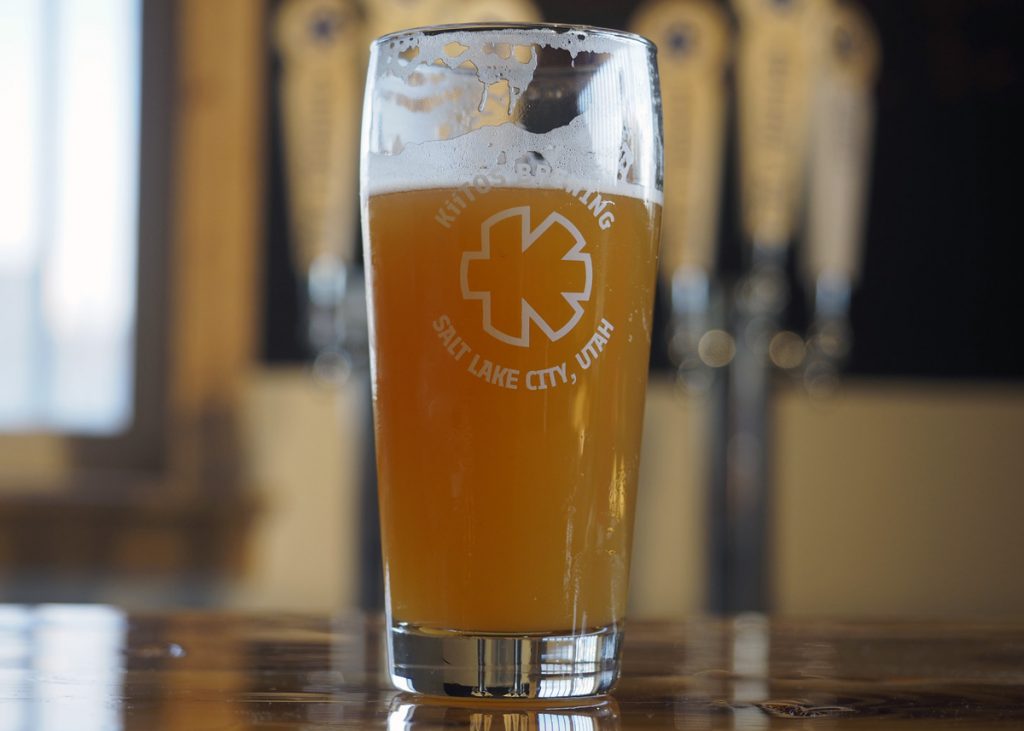 Once the turkey was eaten and the shopping had commenced, Salt Lake City received an unexpected holiday surprise. After a wait that stretched on for close to two years, a little miracle happened. On December 1st 2017 Kiitos Brewing finally opened its taproom doors, and the beer began to flow. The news had this beer lover feeling very grateful and crying out the Finnish word for thank you. Kiitos! 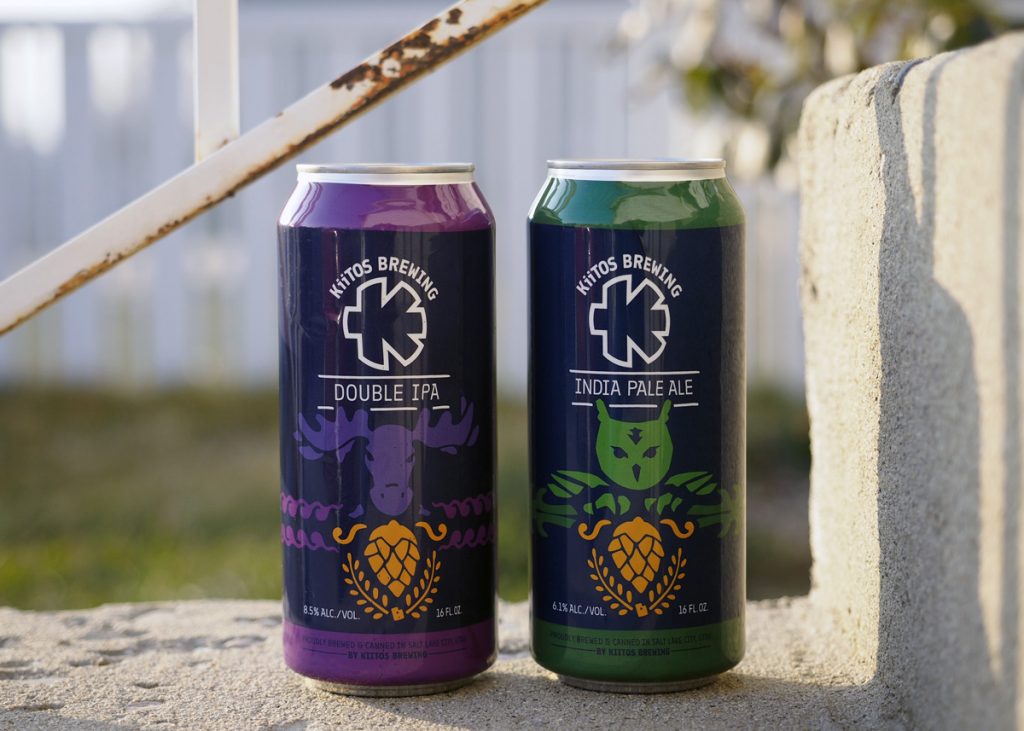 There is much more to Kiitos than fresh beer. President Andrew Dasenbrock was very intent on opening a brewery that was conscious of its carbon footprint. For that reason, Kiitos beer is packaged in cans rather than bottles, and is made on a HEBS (High Efficiency Brewing System) platform. This brewing technology allows beer to be made more quickly using less water by literally squeezing the liquid from the spent grains after the mash. This isn’t new technology. It’s been used by large scale brewers across the country for years. As these systems have become more affordable, they are starting to find their way into craft beer.

Kiitos Head Brewer, Clay Turnbow (formerly of Epic Brewing and 2 Row Brewing), was excited to take the HEBS for a spin. The community of craft brewers using this set-up is very supportive of each other. To prepare for this new endeavor, Turnbow was able to spend a week at Crux Fermentation Project in Bend, Oregon to get some hands-on experience with their HEBS. “It was nice to go up and see somebody who not only has been using it for two years, but makes amazing beer doing it,” he says.

The HEBS platform has allowed Kiitos to produce a lot of beer with a relatively small crew. Turnbow does the brewing and then turns things over to Head Cellarman, Chad Allen (formerly of Uinta Brewing) who oversees the fermentation process, dry-hopping, and filtration of the beer. They began brewing Kiitos’ core grocery store line-up – a blonde ale, amber ale, and American pale – in August of this year. When the taproom opened in December, there were a total of 10 beers on tap along with two high-point IPAs – a single and a double – for sale in their bottle shop. I was blown away by the options made available on day one! 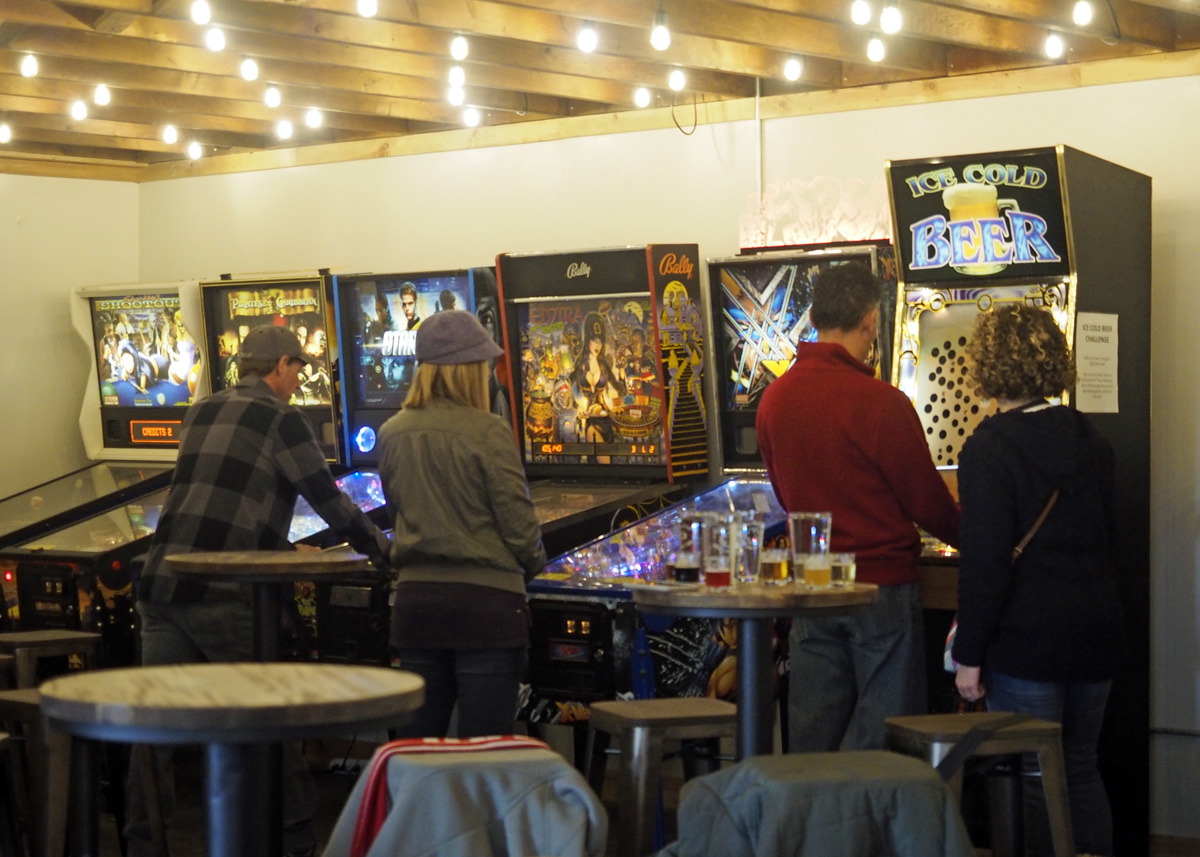 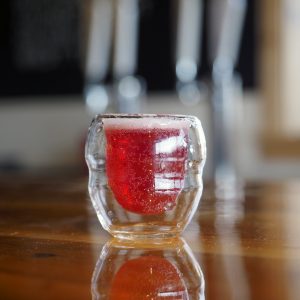 As I sat at the bar on opening day, I could hear the oohs and aahs of those around me as they first tasted the rich chocolatey coconut stout or admired the lovely purplish red hue of the blackberry sour. Laughter and shouting could be heard as revelers made use of the pinball machines that line one wall. Although the brewery, located in an industrial corner of downtown Salt Lake City, isn’t much to look at from the outside, the interior space is well-lit and welcoming with a natural arched ceiling to match the building’s barrel roof and a wood bar made from the some of the old trusses. In addition to the high-top bar tables, a new expansion includes a section of low-table seating where you can enjoy a meal and have a conversation with friends. Eventually, there will be an outdoor patio. For now, food trucks will frequent the brewery on Fridays and Saturdays, while sandwiches from Even Stevens fill the gaps. 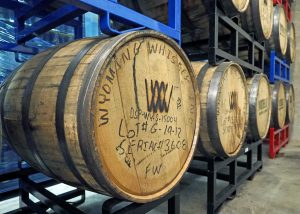 If you were impressed by the show of force in Kiitos’ initial beer selection, you can expect the assortment of options to continue. “I want people [who] come in one weekend, and then come back the following weekend, [to find] something new to try,” says Turnbow. Versions of rotating hop pale ales will continue to appear with a parade of Mosaic, Chinook, Citra, and El Dorado hops on the agenda. “The thing I’m most excited about is releasing the barrel-aged imperial stout, which is in barrels right now,” Turnbow tells me. It should be ready around the end of January. The New Year also promises a Kiitos New England IPA. “We’re going to get on the hazy train!” Turnbow is also quick to note that although the NE IPA will be unfiltered, the amount of haze will not be a priority. “I really feel like they don’t need to look like milkshakes,” he says. No complaints here!

I’m certainly enjoying all of the new Kiitos beer. My favorite draft beers so far include: the Mosaic Pale, Coffee Cream, and Holiday Ale. I also really enjoyed the 16 oz. cans of IPA and Double IPA. It’s cool to see the how the HEBS platform can take a talent for brewing and amplify it into so many beer possibilities. I’m a kid in a candy store! This kind of Christmas cheer can only mean one thing. Salt Lake City’s beer nerds have been very good this year. Thank you, Santa. We love Kiitos!

Stay tuned to our Facebook Page for a full Kiitos gallery.