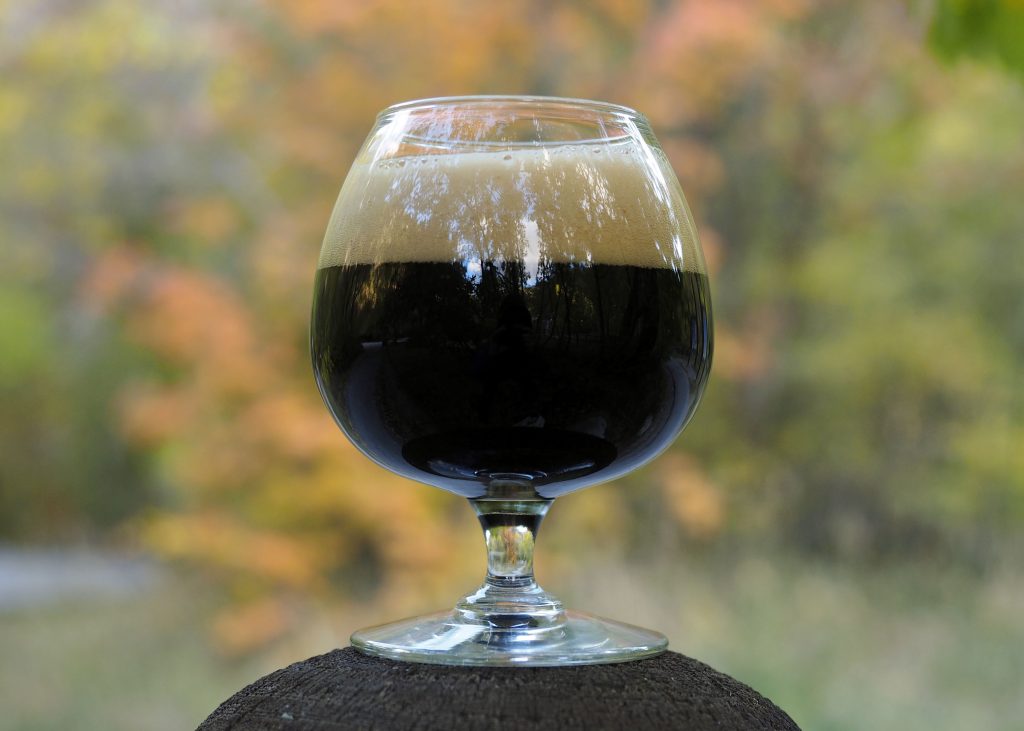 Fall is one of my favorite times of year – when the hot summer days give way to the chill of the approaching winter season, and the crisp light beers of summer are overtaken by the richer flavors of colder days. Creatures begin to slow their paces as temperatures drop, and we all take comfort in what warms us from within. Every season has its pleasures, and we’re lucky to live in Utah where we have all four. Like crisp colorful leaves dropping from the trees, it’s time to fall into the new beers of autumn. 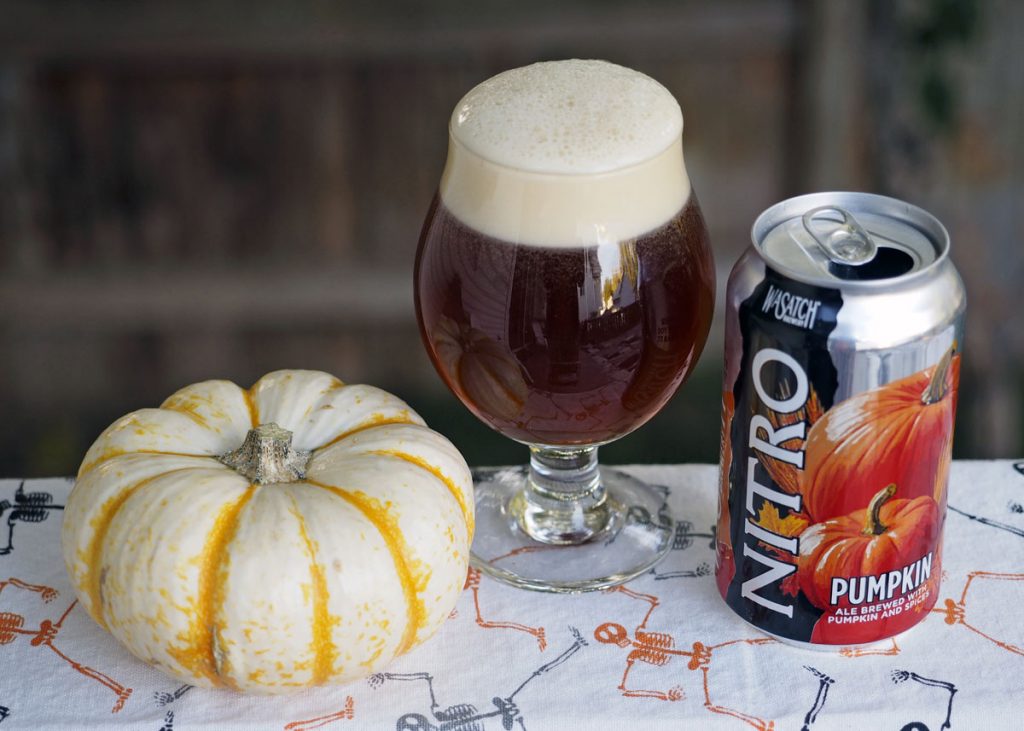 Pumpkin and its complementary spices are one of the surest signs of autumn. Love it or hate it, there is much to be appreciated in the style as I found through my explorations in Embracing Pumpkin Beer. Wasatch’s Pumpkin Ale is one of my favorites with its pumpkin pie-like essence and simplicity. Now, you can have it on nitro in widget-less cans! The nitrogen treatment gives this beer a creamy mouthfeel reminiscent of a morsel of the traditional holiday treat. 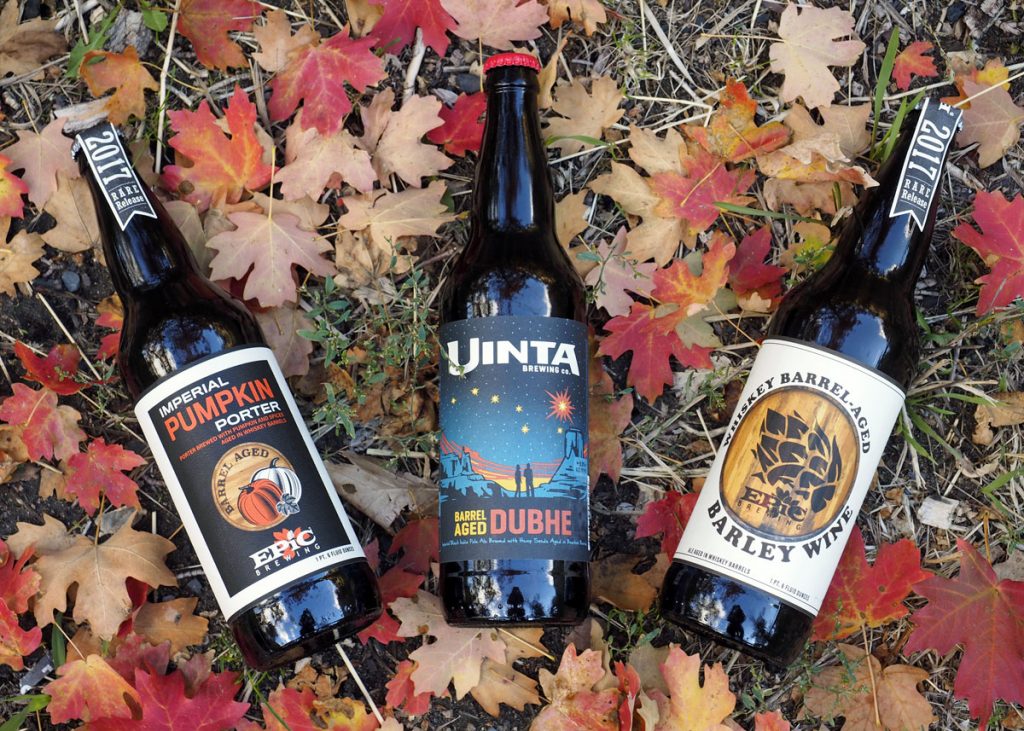 Nothing warms you from the inside like beer aged in whiskey barrels. The beer takes on characteristics of both the barrel and the spirit creating flavors of oak, toffee, vanilla and a little extra boozy kick. Epic Brewing Company threw two of its fall favorites, Imperial Pumpkin Porter and Barley Wine, into whiskey barrels for a new twist on something familiar. Uinta also gave the barrel-aged treatment to an already stellar beer, Dubhe Imperial Black IPA. Each of these offerings is rich and dessert-like without being quite as heavy as a barrel-aged Imperial stout might be. 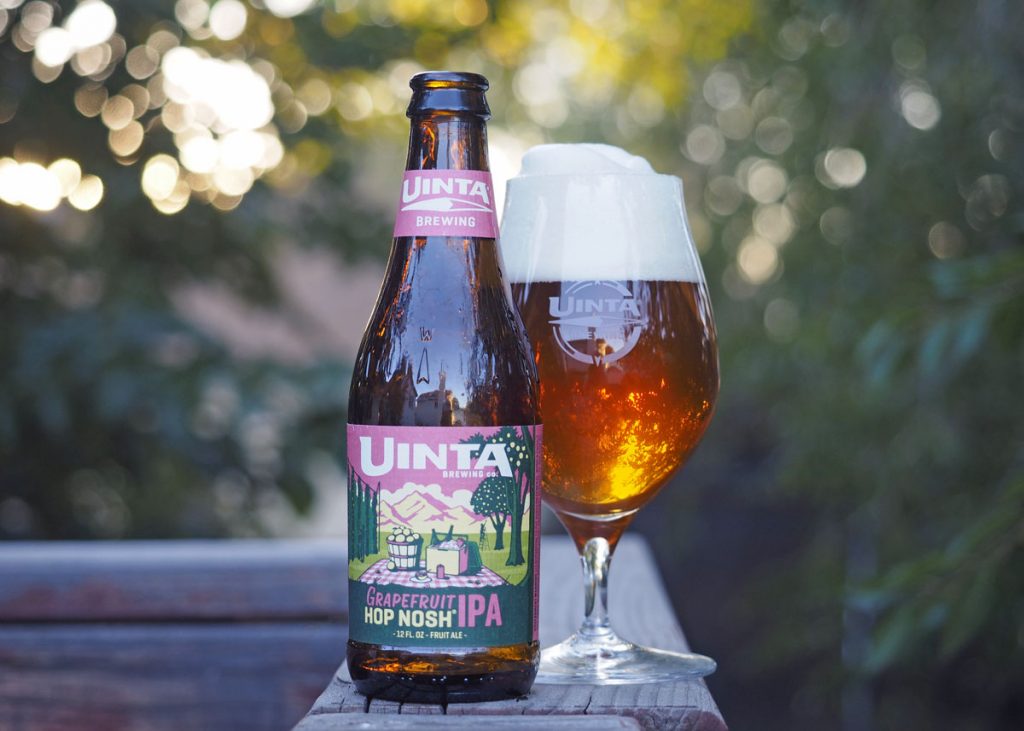 At first glance, this beer may seem more like it’s made more for summer than fall, but I assure you that’s not the case. Peak season for grapefruits is actually November to May, making Uinta’s Hop Nosh Grapefruit IPA perfect for chilly weather drinking. And it’s a bright juicy contrast to the richer beers of the colder months. Unlike the heavy barrel-aged beers made for sipping by the fire, you’ll find this beer refreshing and easy to drink. 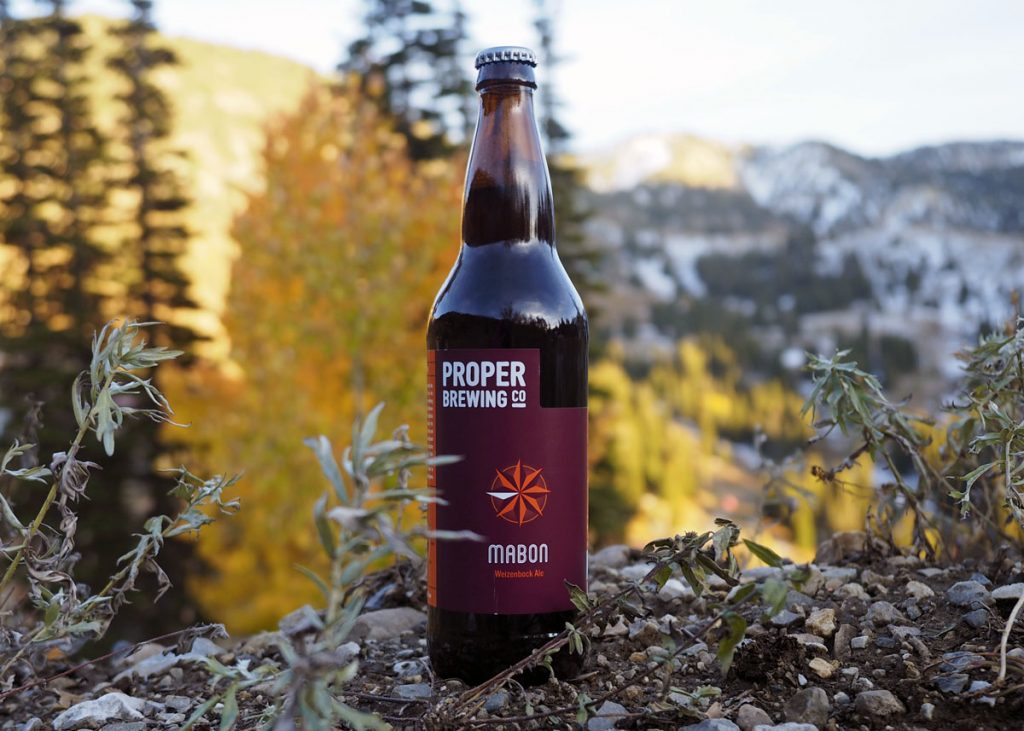 Proper Brewing Co. certainly knows how to celebrate the season without bringing pumpkins into it, and they do it well with their Mabon Weizenbock (Mabon is the Old English word for “autumnal equinox”). This spicy wheat beer has plenty of complex malt flavors with the fruity esters of dark fruits like plum and raisins. The weizenbock represents a shift from refreshing summery wheat beers to the darker bock beers of autumn, and this beer is the best of both worlds. Notes of vanilla, clove, and nutmeg will make you forget all about those pumpkin beers. 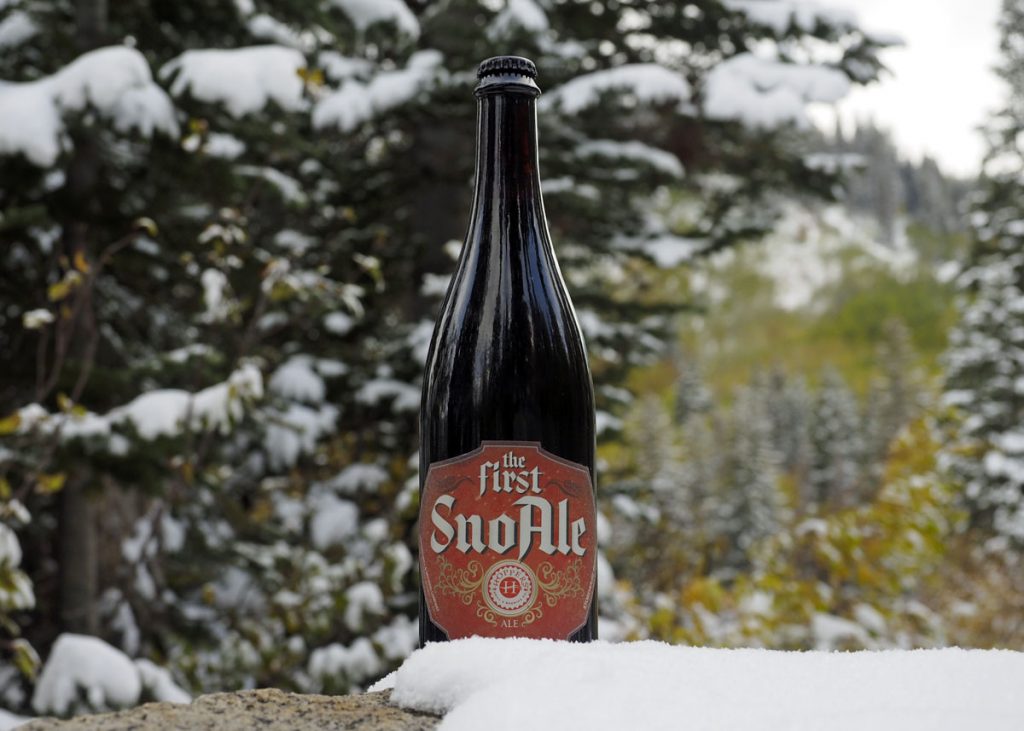 It’s exciting to see Hoppers doing high-point seasonal bottle releases again, and this revival of its winter Bier de Garde will be the first of what we hope will be many. The First SnoAle has a spicy character created by a blend of French Ale yeast strains, complex malt and grain flavors, notes of dark fruits and citrus, and a mild drying finish. I personally love the double meaning of the name. It’s clearly a holiday beer, but the timing of its release this year coincides with the first snows of the season. 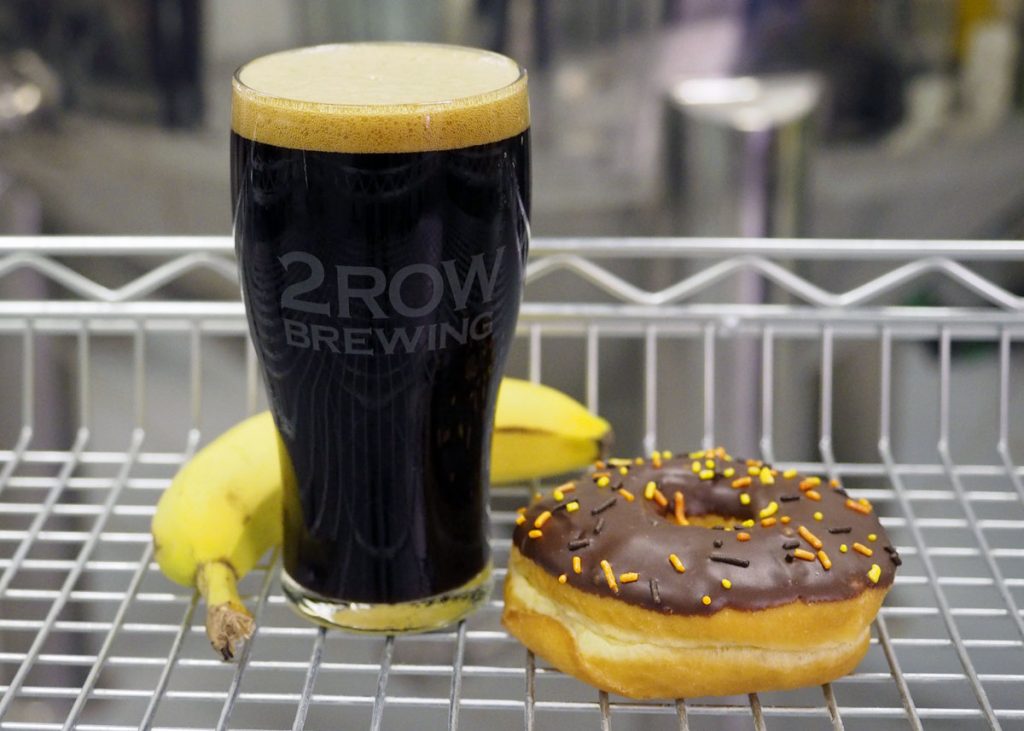 You too can partake of this important part of a balanced breakfast by visiting 2 Row Brewing in the coming week for a brand new beer that’s just about ready to hit the cold case. This coffee-forward breakfast stout is a combination of 2 Row’s Oatmeal Stout and Dark Alley recipes with infusions of La Barba coffee and cocoa nibs. Clocking in at just under 8% ABV, it’s got a kick, but won’t send you back to bed for a nap. Of course, this beer isn’t just for breakfast. It’ll suit you any time you’re in the mood for some chocolate and coffee goodness.

Don’t cry for the loss of long summer days. Rejoice in the transition of seasons and it’s reflection on the flowing flavors of beer. Pull on that favorite hoodie and find your way to the fresh new beer styles of fall.