HopDrift is essentially a brewery crawl on drift trikes.  This entire post should be in caps because THAT’S HOW EXCITED I AM ABOUT IT. But don’t worry, I won’t do that to you. What I will do to you is make you think you’re missing out. Because you are.

I began the day knowing I was going to drink beer and pedal around on a trike. I ended the day spending more time than I’d like to admit looking at trike drifting videos on youtube and wondering if buying myself a drift trike would be a feasible purchase. Instead, I’ve opted to write about it here and intend to be the first one to sign up for the next HopDrift event.

Here are the facts!

Here are the tips!

As an idiot preteen, I recall flying down a hill at my friend’s house in a Fisher Price Little Tykes car (the red and yellow one). It was stupid, and dangerous and a hell of a lot of fun! Yesterday as an adult, I let gravity take me downhill once again – but this time there were three wheels instead of four, pints of delicious beer, and no one’s mom yelled at me! 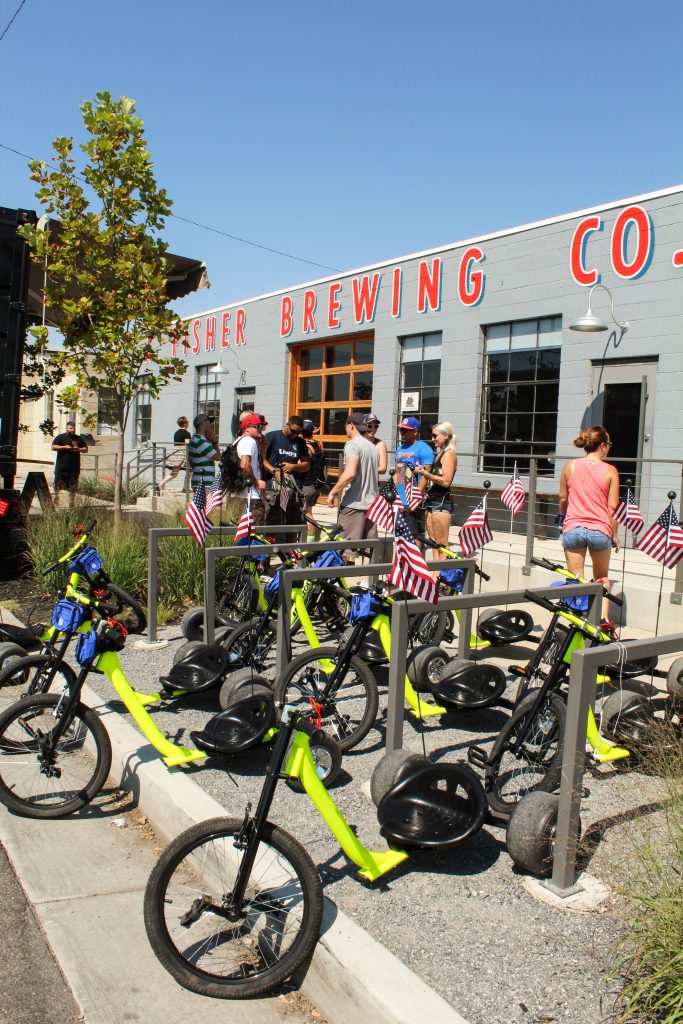 If you’re looking to feed your inner child and outer adult, HopDrift is here to satisfy. Hop on a trike, drift down the hill, and drink up a beer.

It’s all downhill from here!

Huge thanks to Eric Brooks, Deven Baum, and Derik Deboard for throwing a killer event!