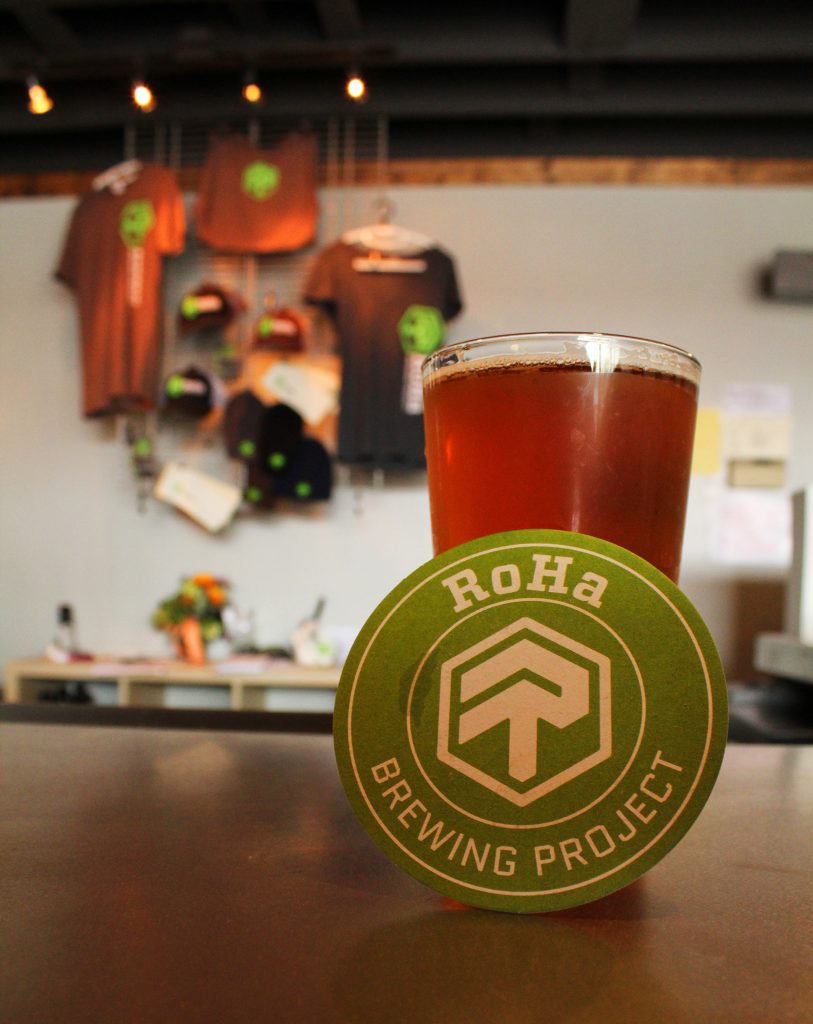 Have you heard? There’s another new brewery in town! I’m talking about RoHa Brewing Project. Utah’s latest beer producer is a brand new adventure backed by a handful of familiar faces. With a killer location and an instant local following, I’d say RoHa is well on its way to a long life of brewing. 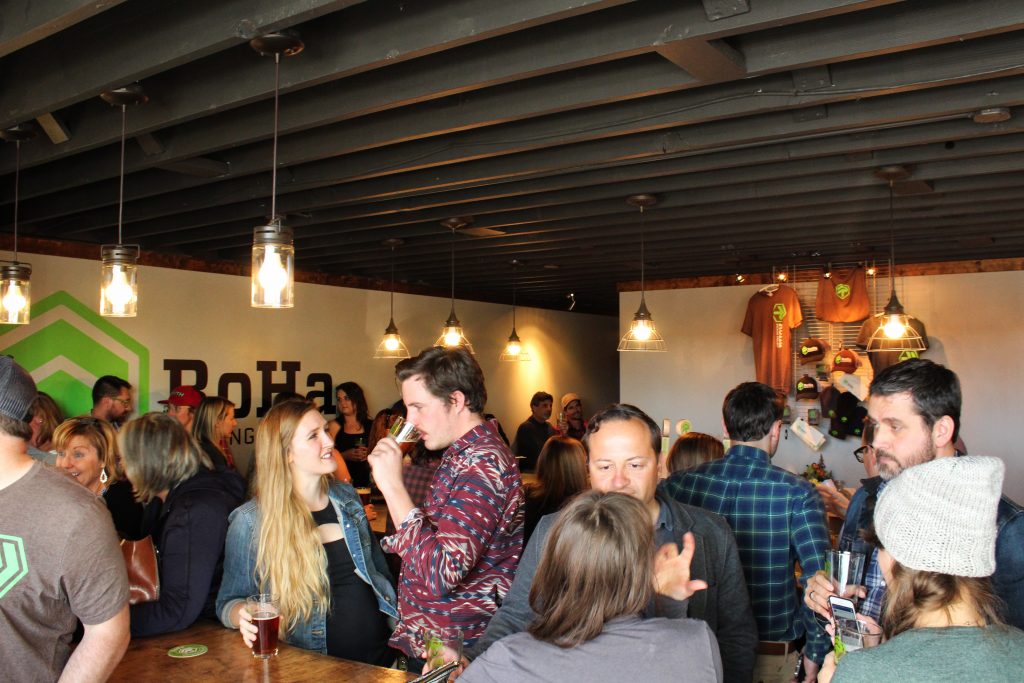 RoHa opened its doors for business on April 21st 2017. The tiny tasting room tested its 81 person capacity limit that Friday as people flocked by the dozen to sip on a fresh pint from a fresh brewery. Two draught options were available, as well as a variety of cans and bombers to-go. Even the Havana Eats food truck was present for the occasion! I was able to squeeze myself in for a Back Porch Pale Ale, and to snap a few pictures before leaving the bar which was three people deep. I would later return for more! 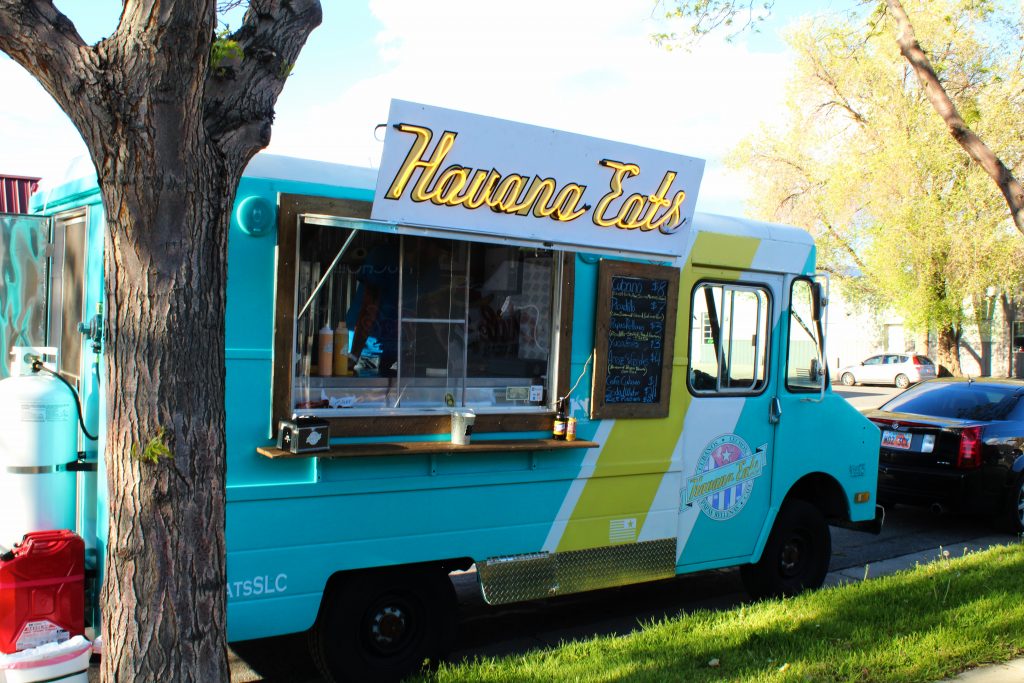 Located at 30 East Kensington Avenue in Salt Lake City, UT, RoHa sits feet away from State Street and Piper Down Pub. It’s only a 5 minute drive from downtown, and easily access by public transportation. With only a 15 minute walk from the Ballpark Trax station, it’s sure to be a hit during baseball season. Go Bees!

Ah, yes. You may be curious about the name “RoHa”. It’s a joint name of two of the three brewing partners – Rob Phillips and Chris Haas. Get it? The third partner, Josh Stern, is not to be left out. His passion for beer, food, and real estate place him right in the middle of Ro and Ha. Rob is a seasoned homebrewer, and Haas is the former Head Brewer of Desert Edge Brewery. Chad Allen, former Cellarman at Epic Brewing, has also found a new home at RoHa. If none of those names ring a bell, perhaps the name Jamie Burnham will.

Jamie, employee #2 at RoHa, is a founding member of the Hop Bombshells female only homebrew club, former long-term employee at The Beer Nut homebrew supply store, and Competition Coordinator of the Beehive Brew Off homebrew competition. She has guided and encouraged countless homebrewers in the Salt Lake area to become better at their craft, and is a pillar of the brewing community because of it. Her new title as Director of Operations at RoHa ensures her continued service to the beer lovers of Utah. 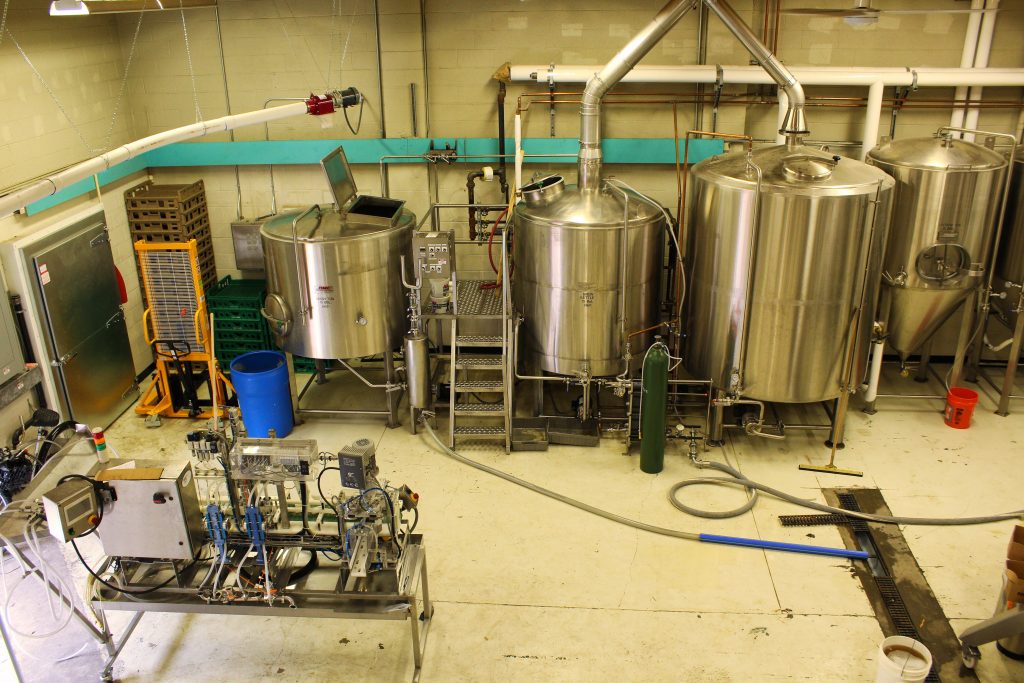 Simply put, the staff at RoHa are veterans in the field, and eager to unleash their combined talent on Utah’s newest brewing project. Armed with a fifteen barrel brewing system, five fermenters, two bright tanks, a Maheen bottling machine and a Wild Goose canning line, RoHa is prepared to quench your thirst.

RoHa has five staple beers to whet your palate – Back Porch Pale Ale (4% ABV draught, can, bottle), Three Deep American Ale (4% ABV draught, can), Thursday IPA (6.5% can), Kensington Grand Saison (6.8% bottle) and Big Green Couch Double IPA (8% bottle). My personal favorite was Three Deep. I sipped on it while watching the weather change back and forth between heavy rain, hail and wet snow. While I think the beer is best suited for sunny afternoons, I still found it hit the post-work beer spot. 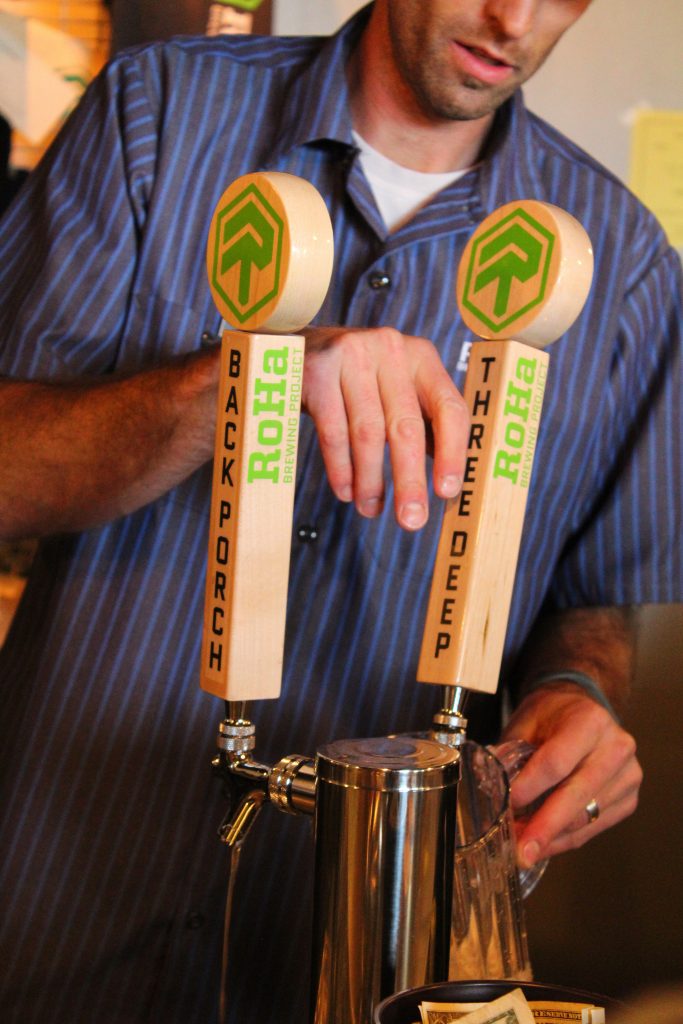 For the future, RoHa plans to take baby steps. While obtaining a load of new accounts and extended distribution sounds exciting, sustainable growth is the key to their operation. Their tasting room and to-go fridge are the top priority. That being said, you can expect to find RoHa brews at local beer bars very soon.

Be it for a Bees game, pub crawl, or pint after work, I think you’ll find the RoHa experience quaint and tasty. They’ve got draught for in house, bottles for home, and cans for the great outdoors. There’s no excuse not to give them a taste!

Here’s to the first week of serving great beer, and many more to come!