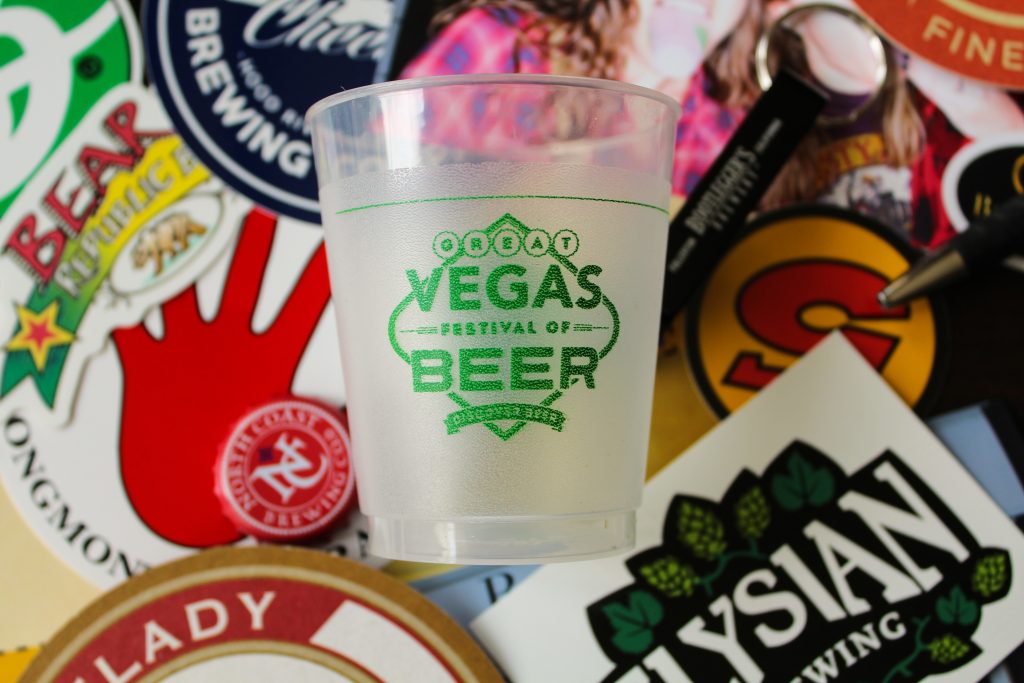 Any excuse to drink beer is great, but travel is the greatest excuse of them all! On April 7th, my beer fest bestie Julie and I blazed down Rt 15 toward the most illuminated, gaudy, and sinful place I can think of… Las Vegas, Nevada! Just as it was at The Great American Beer Festival, our mission was tactful massive consumption of as many unique beers as possible while minimizing damages to the pocketbook and morning self. Success was our only option, and boy did we succeed! IT’S TIME FOR THE GREAT VEGAS FESTIVAL OF BEER EXPERIENCE!!!

Everyone should know all good beer festivals begin hours before the festival doors are thrust open. I’ve yet to meet someone with enough self control to put off the first sip of the day until they’re within the festival walls. Most people have a little pre-drinking drink to tide them over, or at least that’s what I tell myself to avoid feeling like an alcoholic. But after all, this is Vegas, and I don’t think temperance is the common practice. My consumption was guiltless and rather self-indulgent. When in Rome, right? 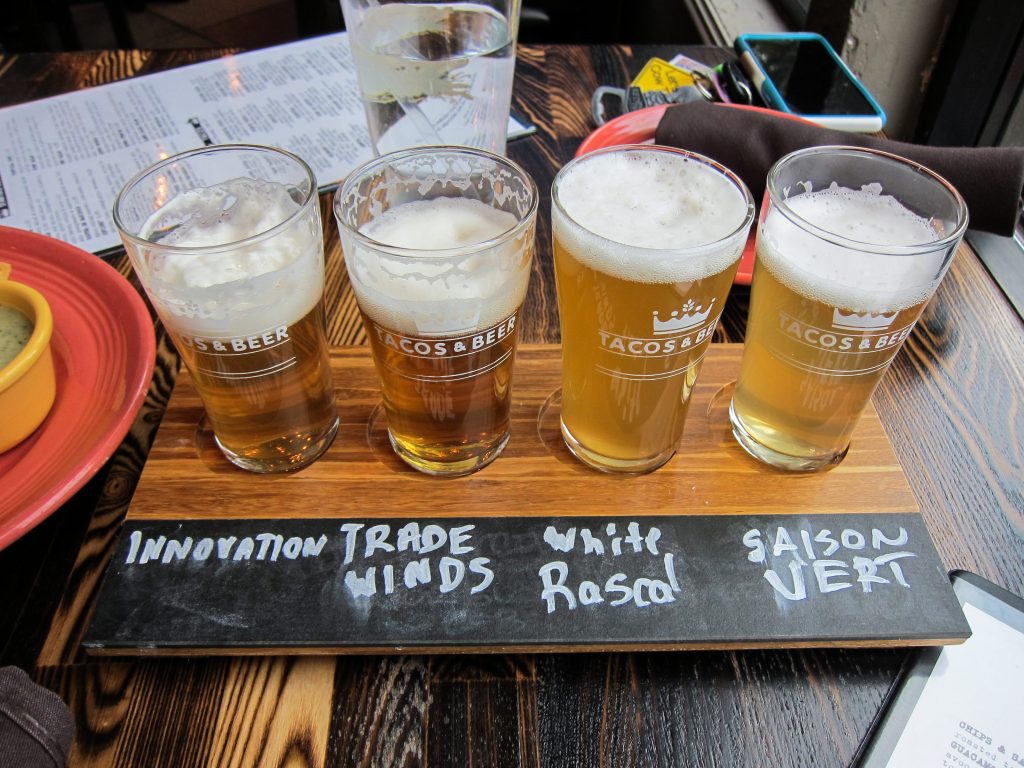 Tires turned and stomachs grumbled as we laid our eyes on the desert oasis. I thumbed through different lunch options on my phone when I came across a place called Tacos & Beer. Both of those delectables are high on our list of things we like to put in our mouths, so the choice was a no brainer. 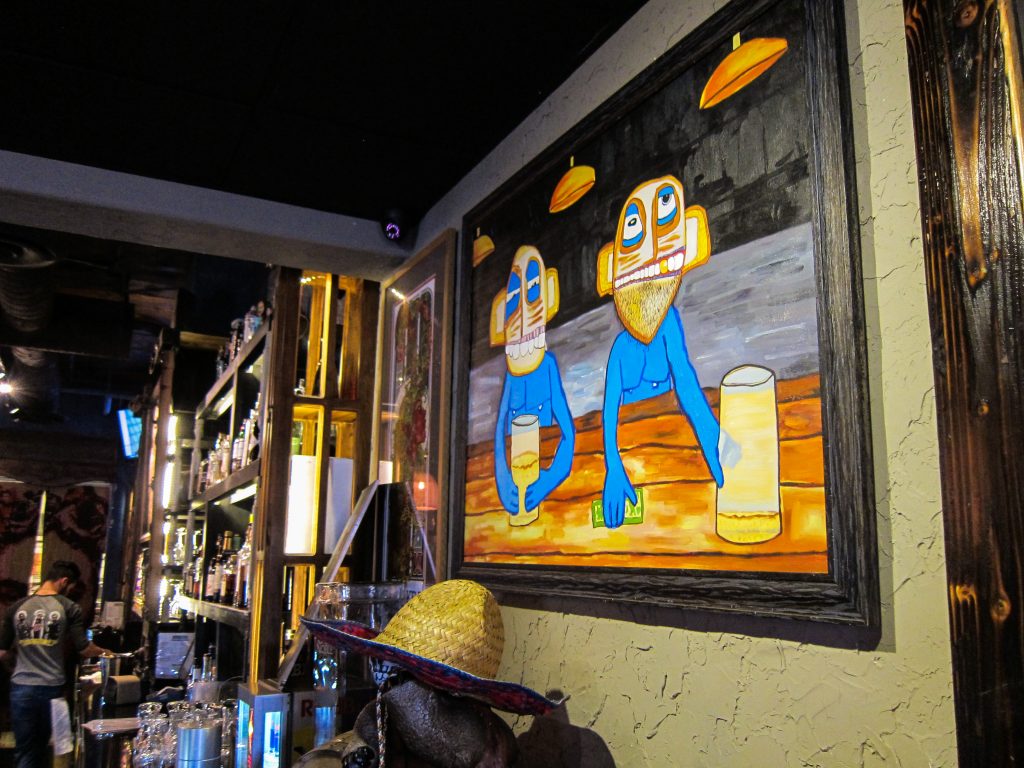 The interior was elaborately decorated in bright colors contrasting with deep blues and greys. The Catholic candle hanging lights, array of interesting wall art, and impressive alcohol list gave this place a feel somewhere in between taqueria and upscale cocktail bar. 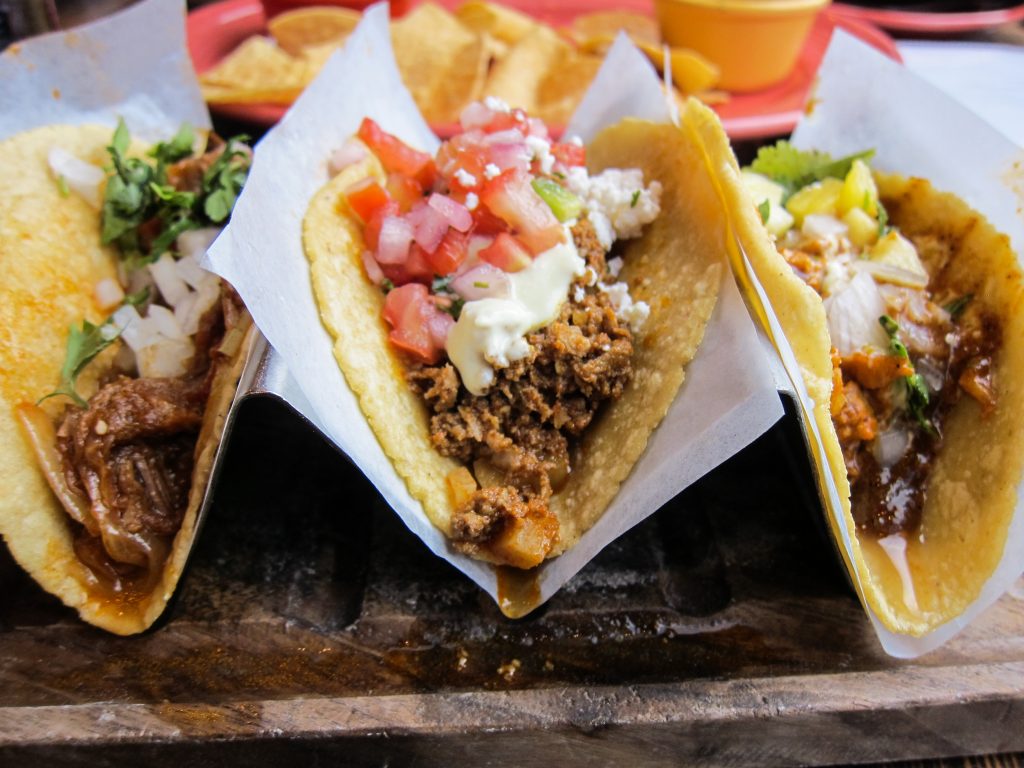 We each ordered 3 tacos and a flight of four beers from their extensive tap list. The beer was awesome, and the tacos were killer! My personal favorite was the pork al pastor. Julie favored the grilled fish. Everything was five star with the exception of the service. Several beers in the flight were also delivered half full without explanation. I expected a place with such excellent fare and atmosphere to have educated, enthusiastic service staff, but it just isn’t so. That being said, I’d be willing to try it again. If you intend to visit, be prepared to stay for a while. 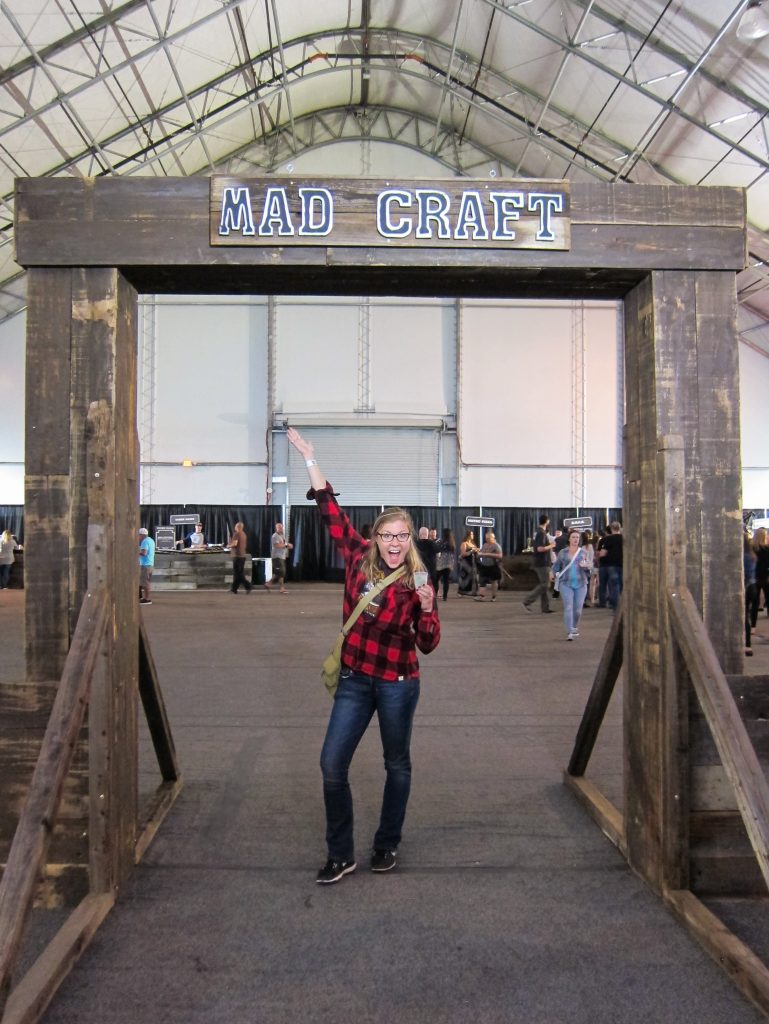 Most beer festivals are single day events with all-you-can-drink samples and food trucks present if you wanna buy some fried goods for your gut. The Great Vegas Festival of Beer has all that and more! I’m not just talking extra bells and whistles at the main event, I’m talking a whole separate event that is absolutely MAD!

The Mad Craft Experience, held the evening before the Grand Tasting, lived up to its name by offering 30+ beer blends, beer cocktails, specialty beers, and nutso beer experiments. Not enough? Also available were samples of 14+ beer infused dishes for our delight. Ticket holders enjoyed endless samples of both beer and food creations, all among a small crowd for easy navigation and shorter lines than the Grand Tasting. I would consider it the VIP’s VIP. If you’re so over the long lines and raucous horde at traditional beer festivals, the Mad Craft Experience is for you! Here are some highlights… 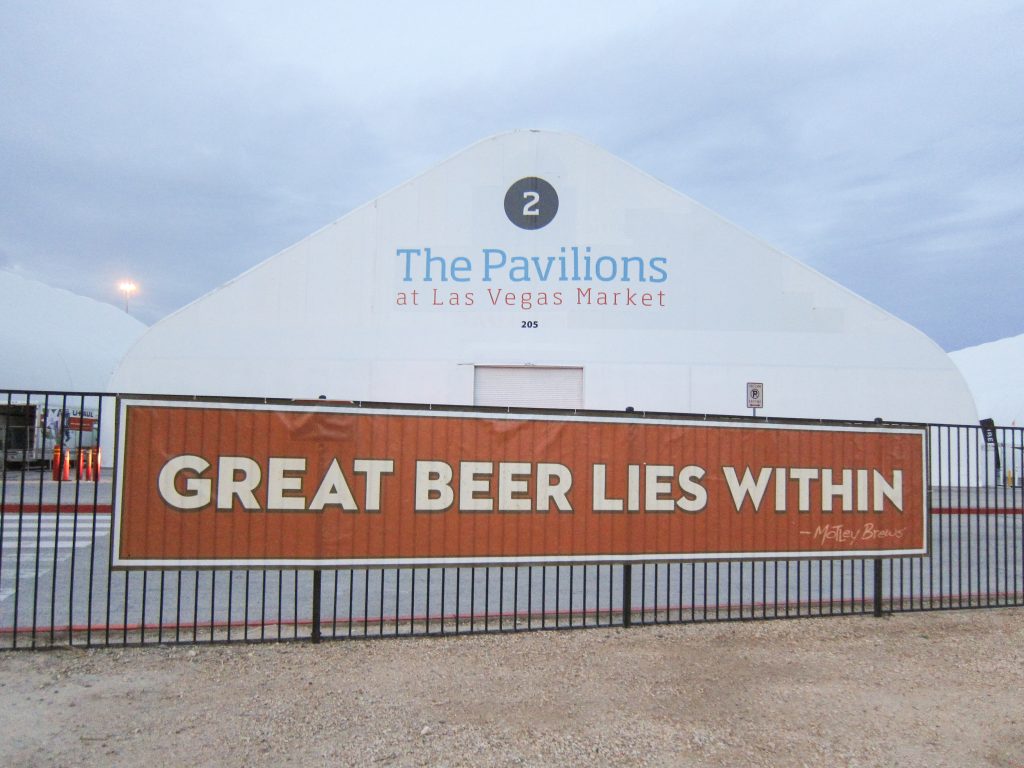 With the Mad Craft Experience under our belts, we confidently strolled up to the massive pavilions housing the 2017 Great Vegas Festival of Beer at 2pm for early entry at the World Market Center. The fest was originally planned to be held outdoors on Fremont Street, but wind gusts of up to 40+ mph pushed the festivities indoors. Anyone who attended the same beer fest in 2016 might remember the heavy rains that plagued festival attendees and workers alike. It was a smart move for Motley Brews, the festival’s planners, to have a backup plan in place for 2017. Otherwise, we may have tasted more dust and grit than beer! 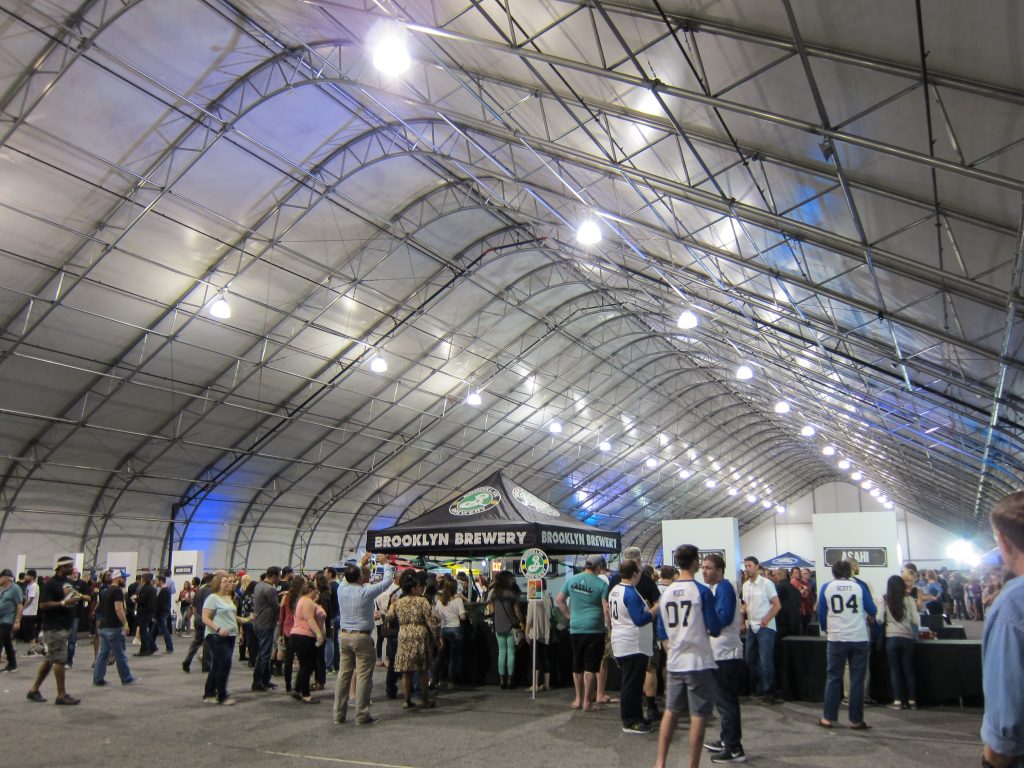 With our hair safe from tumultuous whipping and our eyes unsquinted, we surveyed the land of plenty before us and wiped away a bit of drool from our mouths. We had an hour to skim over the 100+ breweries present and sample the more rare offerings before GA ticket holders crashed the party. One by one, we scanned the beers provided at each tent and only sampled the brews we’d hate to miss out on. It was perhaps the most efficient hour of beer festing that ever existed. 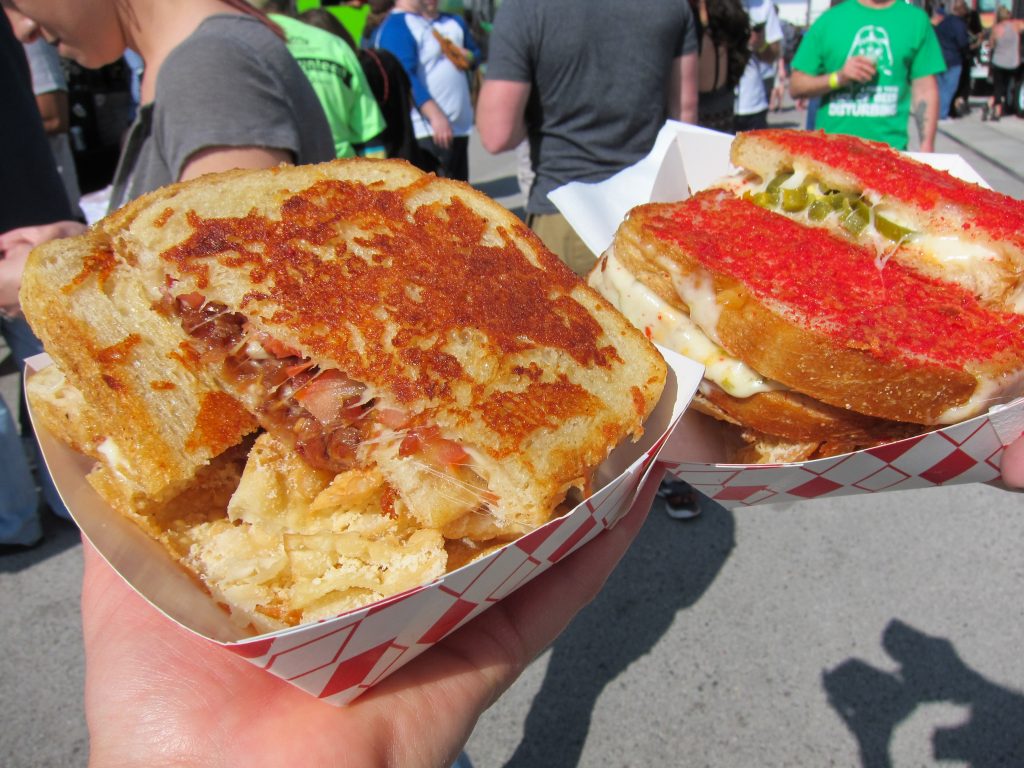 The clock struck 3, and the dull roar of activity was turned up several notches. Julie and I celebrated the victorious power hour with a trip to our new favorite food truck. There was a particular food booth that stood out from others at the Mad Craft Experience the evening before. They offered specialty grilled cheese sandwiches as well as mac n cheese egg rolls. Lovers of cheese and beer, look no further! And if the food wasn’t enough to convince you, the name certainly will. The appropriately branded Strip Chezze food truck will forever hold a place in our hearts. 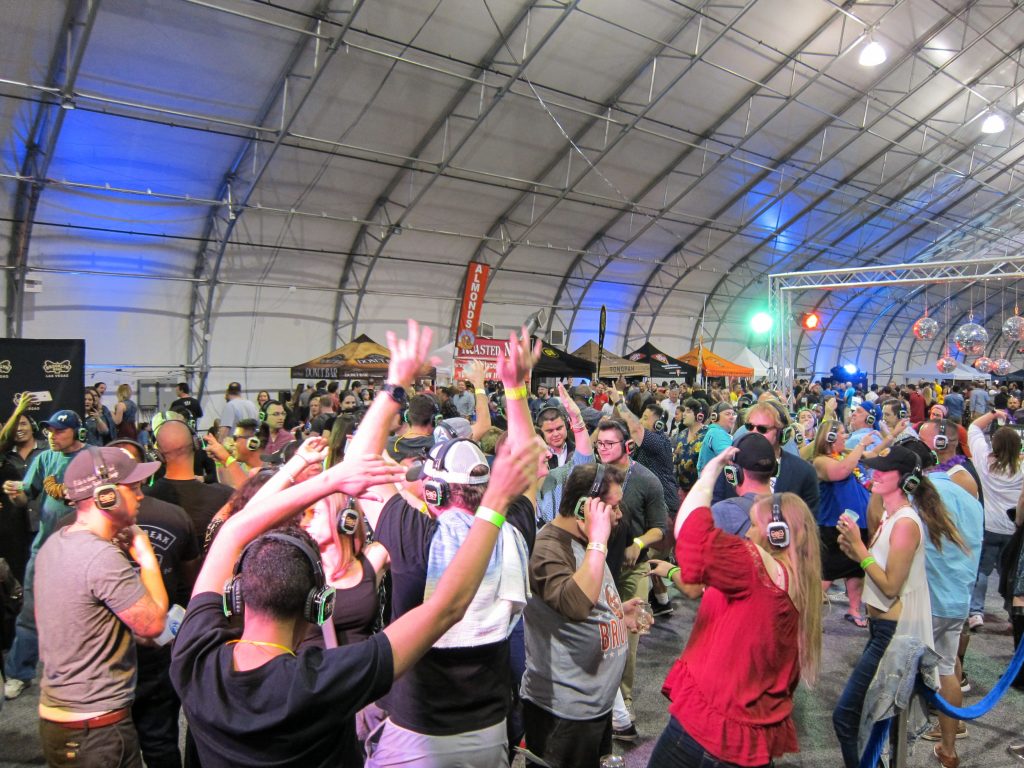 The remainder of the festival consisted of meandering through the festival grounds collecting swag and tasting whatever our palates desired. This event offered more than the traditional beer samples and food trucks of other beer fests, and I wouldn’t expect anything less from an entertainment forward city. The Ellis Island Karaoke Yard and The Brooklyn Bowl Silent Disco were available for music lovers, while the Zappos.com Pretzel Brewtique offered fancy edible jewelry. I particularly enjoyed Brew Logic, an educational tasting experience for beer nerds and newbs alike. 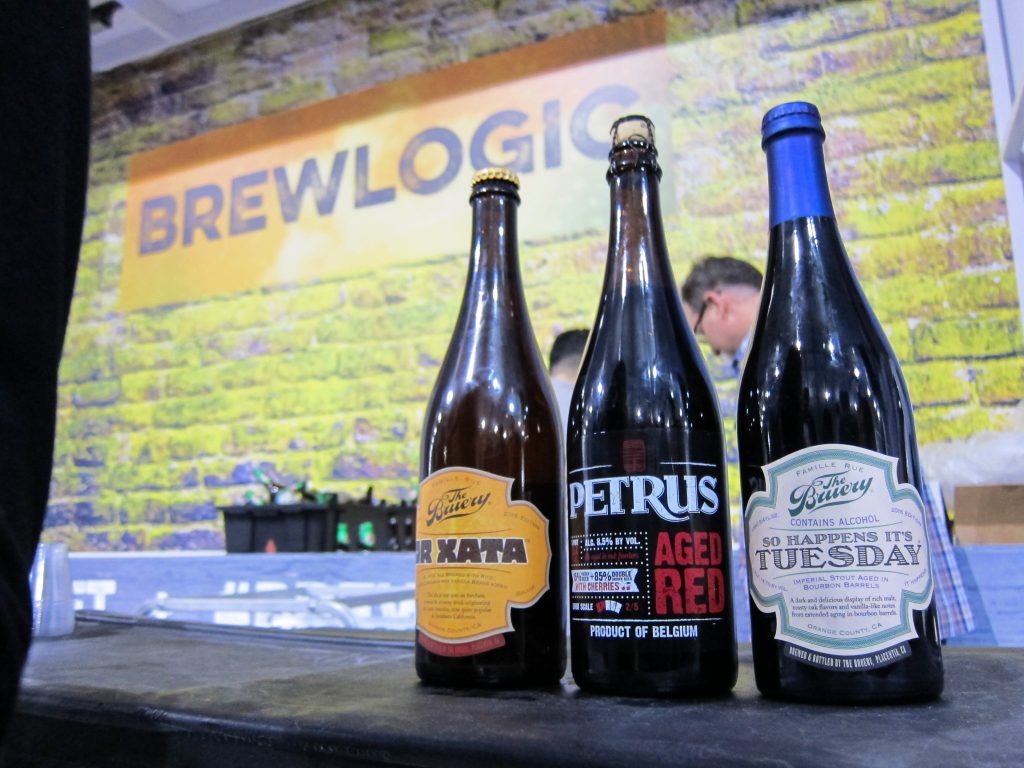 7pm marked the end of the festival. Taps were shut down and an array of broken pretzels, cups, and spilled beer decorated the floor. For those that didn’t get enough at the festival, The PKWY Tavern was hosting the official after party, complete with a free shuttle to and from the event. We were quite satisfied with the day’s events, and opted to stick with our original plan. Julie and I sat in front of a Land Rover while reflecting on the festivities and having a quick rest before the walk back to the hotel. We grabbed the very last photo at the Pretzel Brewtique picture booth and made our way out the festival doors. 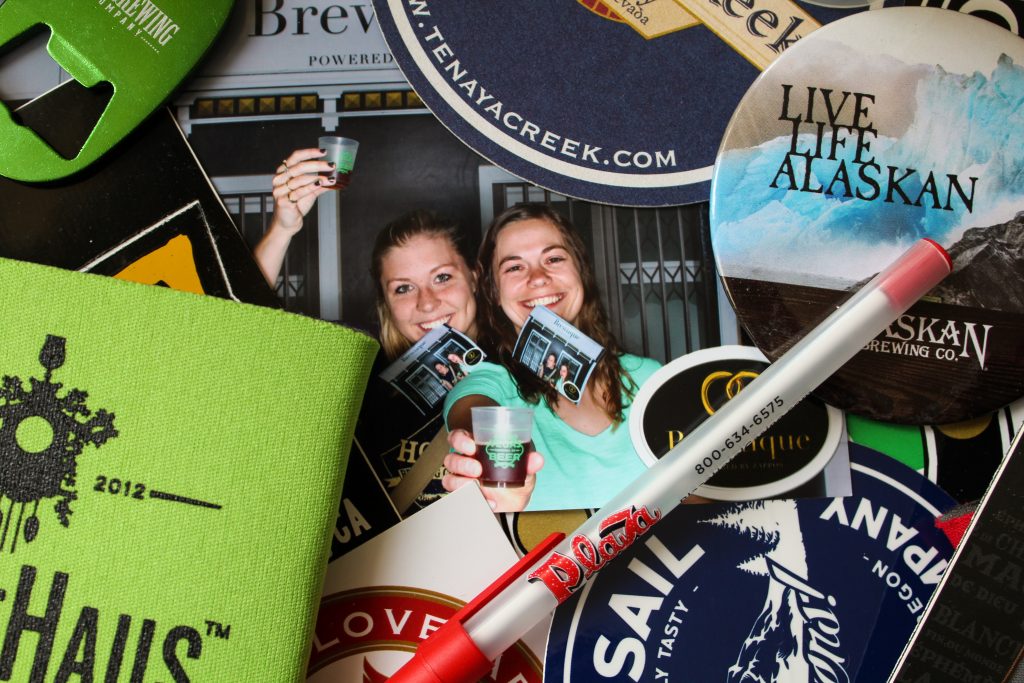 Special thanks to Red Rock Brewing Company and Motley Brews for making this fantastic beer trip a success!!! And also thanks to Las Vegas for giving instead of taking this time around. May your slot machines never see another dollar of mine! 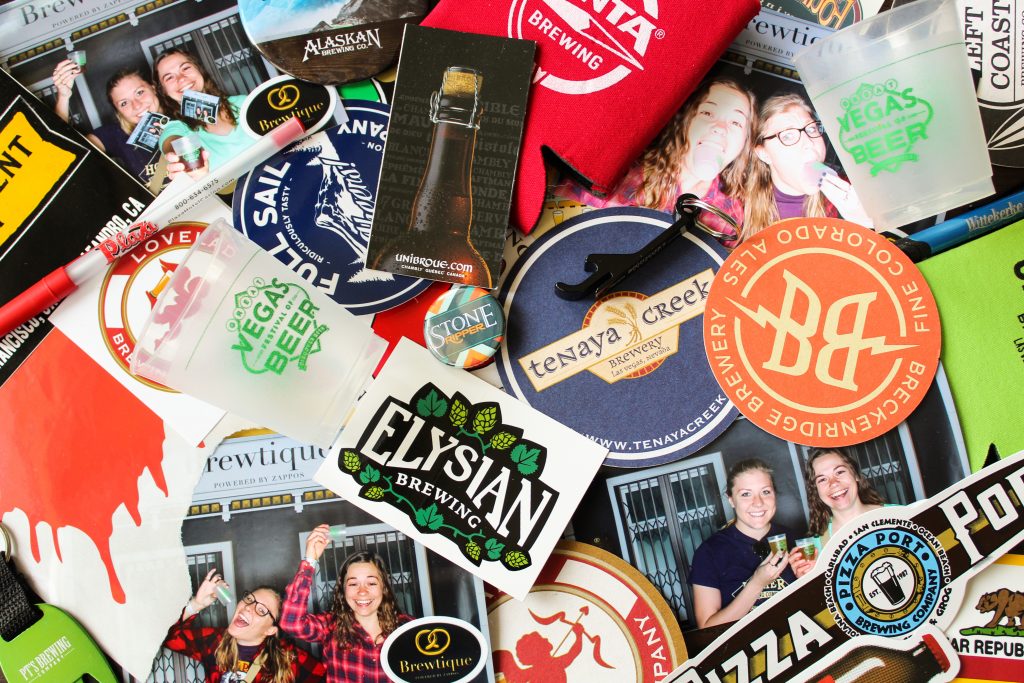