Keychain bottle openers have long been used as tools of marketing and, more importantly, bottle opening. They dangle on your keyring, clinking against your keys and reminding you there’s no cap that can stand between you and a cold beer. These keychains are given away like candy at beer festivals, and it’s not uncommon to accidentally accrue an impressive collection.

With so many options to choose from, I’ve found it interesting to observe which lucky keychain finds itself onto the keyring of my friends, namely brewers. One might think a brewer would obviously want to support the company they work for via keychain, but this is not normally the case.

The brewer’s keychain is an expression of admiration, individuality, and/or nostalgia. In asking brewers about their keychain choice, I’ve learned there’s no short answer. Eyes widen and untold stories suddenly emerge. Who knew such a commonplace thing held such meaning?

These are the stories of the brewer’s keychain. 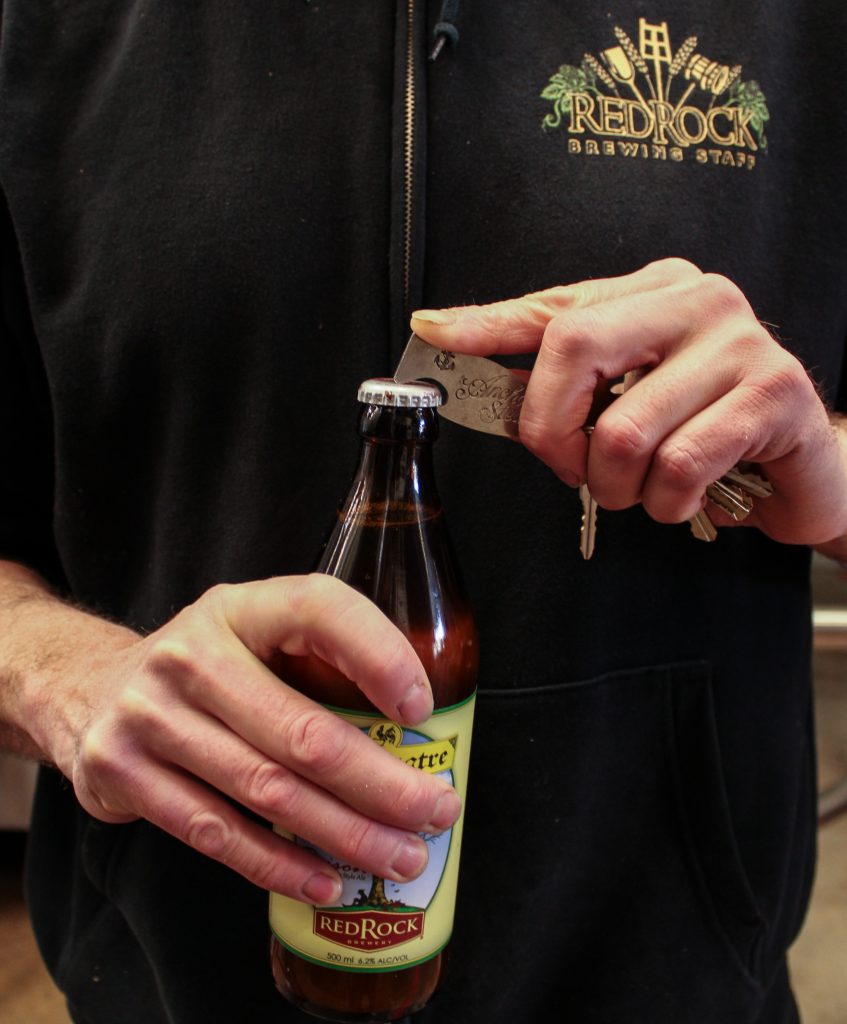 Andrew is a year-round outdoorsman. If he’s not snowboarding down chutes in the mountains, he’s tearing up trails on his mountain bike. It’s hard to have the latest and lightest gear on a brewer’s wage (can I get an a’men?), but that doesn’t keep Andrew far behind his light gear sporting, weight weenie biking buddies.

Weight isn’t the only reason behind Andrew’s keyring choice. Andrew attended the Great American Beer Festival in 2006 for the first year of the Pro-Am competition. It was there that he met Bob Brewer, Trade Relations Manager of Anchor Steam, who gave him a keychain from his pocket. The keychain immediately became a prized possession, and has had a home on Andrew’s keychain for eleven years and counting. 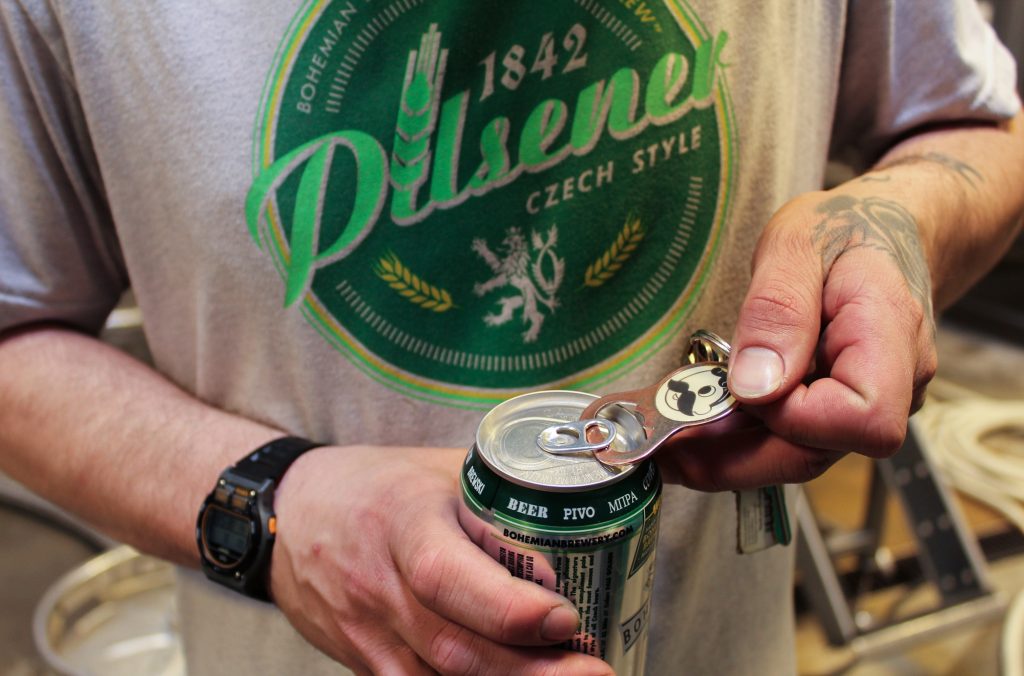 Some things are just meant to be. Zach has been with his girlfriend Hannah for five years. While Hannah was attending school in Baltimore, MD, she picked up a little trinket for Zach – a bottle opener keychain featuring Mr. Boh of National Bohemian Beer. “Natty Boh”, as it’s affectionately referred to, is the local’s choice for cheap, easy drinking beer. It was the perfect token of Baltimore beer culture to bring home to her beer loving boyfriend.

After many years as a serious homebrewer, Zach has found a career in the professional brewing industry. He currently works for Bohemian Brewery in Midvale, UT, and has been working there for over two years. The fact that Zach has had a National Bohemian keychain for five years and now works for a brewery of similar distinction is highly coincidental and fantastic. Another funny quip is that Bohemian Brewery only produces cans, leaving Zach’s National Bohemian keychain more idle than most.

And if you were curious, the bottle opener keychain doesn’t work very well at opening cans. We tried. 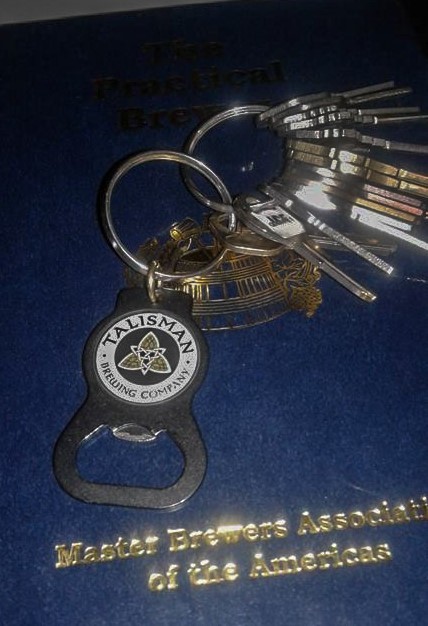 I’ve only met Curtis a handful of times at festivals and beer related events. Though I may not know him well, it didn’t take more than a few conversations to recognize his ambition and passion for beer and the brewing industry. While some are content to learn at a slow pace, Curtis is blazing through technical books like The Practical Brewer, absorbing every tidbit of beer knowledge.

Curtis began his career in brewing at Talisman Brewing Company in Ogden, UT. One day, before doing some sensory research (read: drinking) with owner Dusty Williams, Curtis was given a keychain from the swag closet so the research could commence. The keychain became an addition to his keyring, and has remained for about 1.5 years despite moving on to another brewery. It’s a token of nostalgia and a reminder that ambition is the key to progress.

I can’t say for sure, but I’m willing to bet that keychain isn’t going to be replaced anytime soon.

Keychain bottle openers are largely ignored as being something more than a tool – a commonplace thing unworthy of discussion. Yet, it’s these items of everyday use that have the most interesting stories to tell. All you need to do is ask. 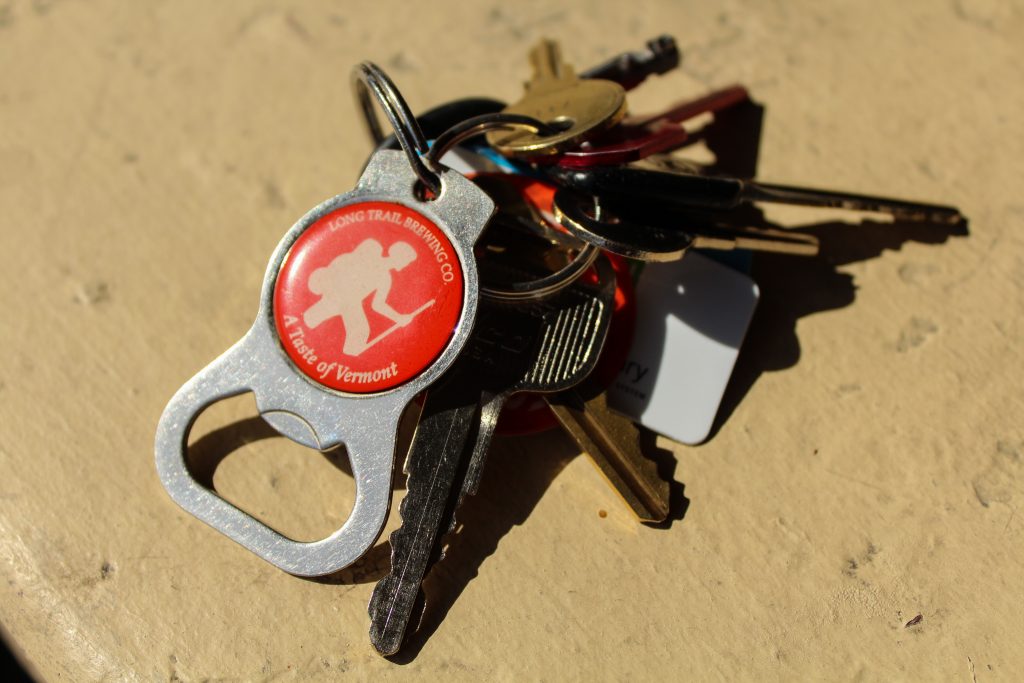