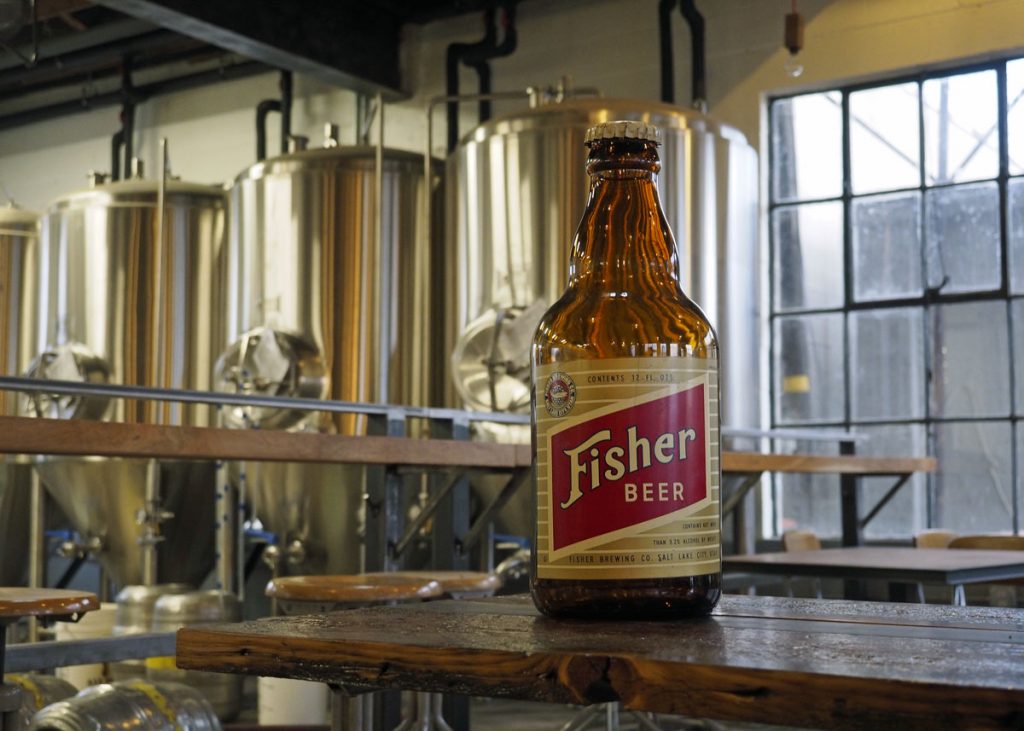 When I walked into A. Fisher Brewing Co. for the first time, my heart skipped a beat. Not in the usual way a beer lover’s heart goes pitter patter whenever a new brewery opens, but that singular way one feels when experiencing something truly special. Fisher is a legacy from Utah’s brewing past; a vestige of a bygone era reaching out through the centuries from a time before Prohibition. Salt Lake City is now witnessing the resurrection of its brewing birthright into the modern age. A new era of Fisher beer! 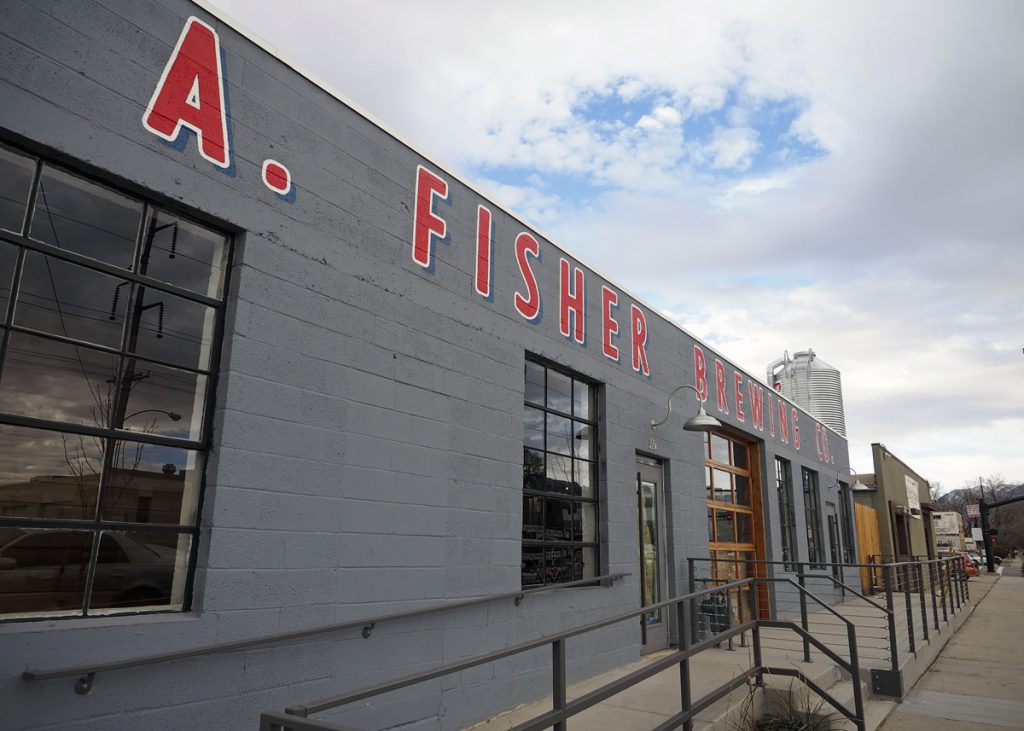 The new brewery, opening February 25th, 2017, welcomes you with a casual setting and invites you to stay and hang out for a while. The long wooden tables encourage mingling, while the patio makes for a chill place to enjoy nice weather and eat from the food trucks that will frequent the establishment. The beer is both brewed and poured right there in the same room without any glass panes to separate you from the process. Memorabilia salvaged from local basements, attics, and bars will transport you back to the days when Fisher was born; the first time around.

Albert Fisher came to America from Germany in 1869 with budding brewing skills he honed working at breweries in Springfield (IL), St. Louis, Omaha, and San Francisco. When he came to Utah in 1874, he was hired by Salt Lake City Brewing Company and quickly rose in the ranks of brewers. Not content to work for wages, Albert began to contemplate opening a brewery of his own and eventually obtained financial backing from Aaron Keyser, a former partner in Salt Lake City Brewing Company, who sold his shares there to join the venture. A. Fisher Brewing Company was erected alongside the Jordan River and opened for business in 1884.

The new brewery grew quickly and was remarkably fruitful. It was only the tragedy of Prohibition in 1917 that succeeded in halting production. After Albert’s death, his son Frank kept the business going through the Prohibition years by leasing the brewery for warehouse space, ice cream manufacturing, and the handling of seeds and grains. When Utah voted to end Prohibition in 1933, Frank and his son Bill revived the brewing business (shortening the name to Fisher Brewing Company), and before long, it was Utah’s largest brewery.

Fisher flourished, but eventually fell victim to the times. In the 1950’s larger corporations began to swallow family-run operations. Fisher Brewing Company was sold to Lucky Lager in 1957. After millions of dollars were invested, it became the largest brewery in the history of the state and one of the largest in the Intermountain West. Sadly, the brewery was closed in 1967 after a federal judge’s decision regarding anti-trust laws crippled its Utah sales.

Tom Riemondy, the great-great-grandson of Albert Fisher, wasn’t alive during the glory days of Fisher Brewing Company, but has heard plenty of stories about them. According to Tom, the Fisher family is very excited for the return of their historic brewery. His cousins, Lauren and Dan, kept relics intact (including the official business name) in the eventuality they might be needed. Now, more than 50 years after it closed its doors, that day has finally arrived.

The present-day Fisher team consists of four friends who love to play in the outdoors, brew, and drink beer. Both Tom Riemondy and Tim Dwyer have backgrounds in engineering, and Tim brings business training to the table. Steven Brown has years of experience working the front of the house at Desert Edge, and Colby Frazier worked as a commercial brewer at Santa Barbara Brewing, Uinta, and Desert Edge. They’ve all labored hard to bring the new brewery to life and look forward to this new chapter.

The original Fisher Brewing Company was known for its flagship lager beer. While the new incarnation will brew an easy drinking pilsner, a nod to the old days, the Fisher line-up will be diverse, wide-ranging, and ever-changing. For now, the brewery will stick to draft, growler, and crowler fills. They’ll also have beer on nitro, a rotating cask tap, and eventually pre-filled growlers of high-point beer. A family winery connection has already supplied the brewery with pinot and chardonnay barrels so look for some barrel-aged beer sometime in the future.

The next generation of beer drinkers is lucky to have A. Fisher Brewing Company back on the scene. It’s a chance to remember our brewing roots, appreciate how far we’ve come, and move on with pride to a new age of beer in Utah.

For a full gallery of photos, check out our Facebook Page.