When I first met the Colemans, their fledgling brewery was just a few months old. Brian and DeDe’s “Mom & Pop” enterprise had just four beers wearing generic labels and no employees other than their college-age son, Derek, to help them run things. They’ve come a long way since then! 2 Row celebrated its 1st birthday in June 2016 and is now halfway through year number two. A lot has changed, and a lot hasn’t. They’re still down to earth and focused on the beer, but 2 Row Brewing is growing up. 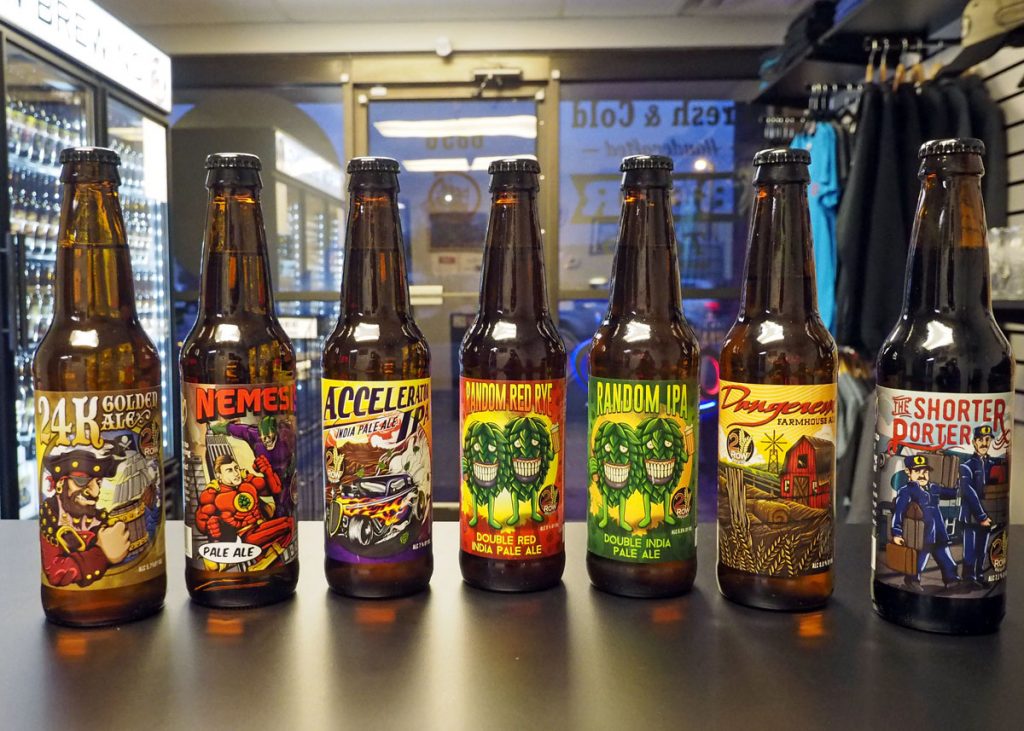 Operations have expanded in several ways. The number of fermenters has doubled from four to eight. Nowadays, the bottle shop has a selection of 8-10 different beers available at any given time. Just look at those sexy labels! There’s nothing generic about them. The original four (Dangereux Farmhouse Ale, Accelerator IPA, Random Double IPA, and 24K Golden Ale) are still staples, but are now joined by three new mainstays (Shorter Porter, Random Red Rye Double IPA, and Nemesis Pale Ale), and rotating limited release offerings. Popular limited release brews have a way of being adopted into the fold so we may see some of those (think Mikey’s Citra IPL) come back again in the future. 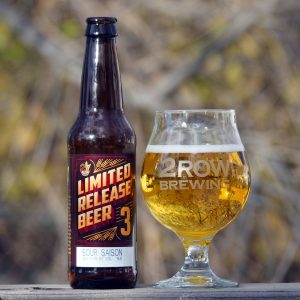 A recent limited release that has been quite popular (Sour Saison) is the work of the newest member of the 2 Row team, brewer Clay Turnbow. Brian and Clay were already friends from their time together in homebrew club, Lauter Day Brewers, so when Clay started thinking about moving on from his job at Epic Brewing, Brian offered him a gig. Clay was excited to have more creative input at his new job. We beer drinkers are happy to drink up the results! The Sour Saison is lightly tart and fruity with a good dose of citrus American hops. It’s a unique and welcome addition. We hope this one makes the permanent line-up. 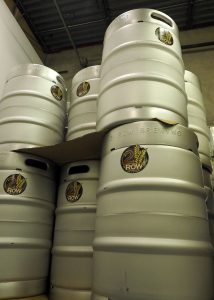 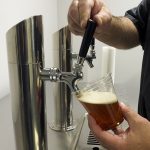 A slightly larger staff isn’t the only expansion. The Colemans have now grown into the next door unit as well. A larger cooler and more room for storage is the result, and that includes space for kegs. Until now, 2 Row beer has been strictly bottled due to its alcohol content and Utah’s law that only beer 4% ABV and under may be served on draught. As part of an effort to diversify, 2 Row has started to brew 4% beer and is now for the first time offering growler fills! A brand new Amber Ale is currently on tap and it’s tasty! A session IPA is in the works. Soon you’ll start seeing 2 Row tap handles at local bars and restaurants as well so keep your eyes peeled. 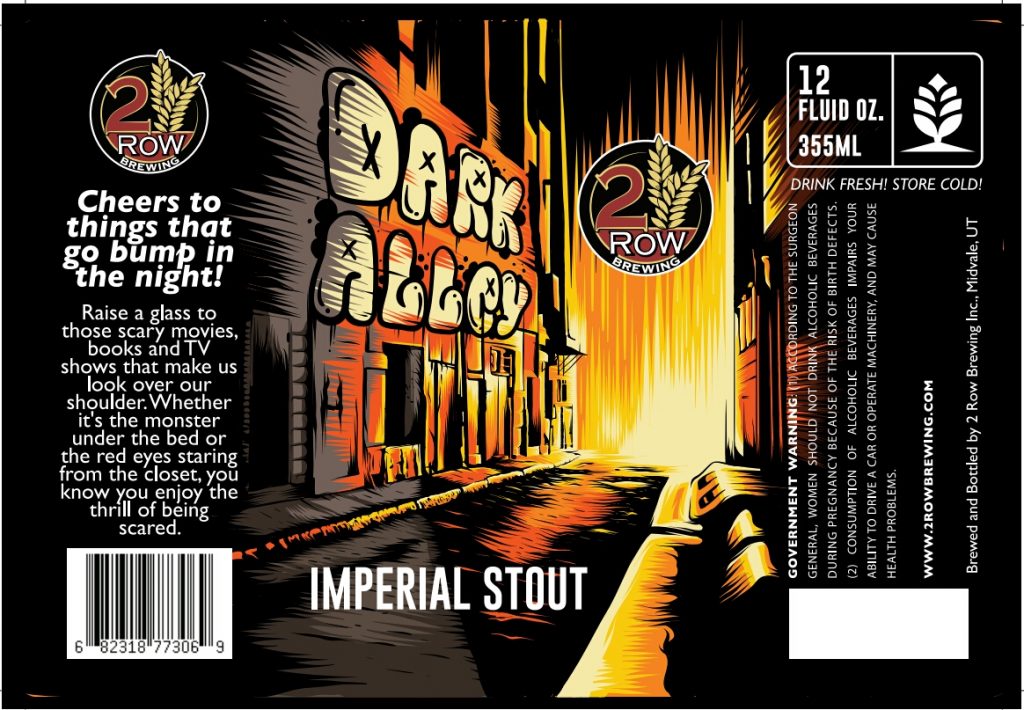 Speaking of new beer, Brian’s well-loved homebrew stout is about to be released as 2 Row’s newest family member. Dark Alley Imperial Stout is a big beer, weighing in at 13.4% ABV. Brewed with plenty of roasted malt, this well attenuated beer is dominated by chocolate flavors, a rich body, and finishes on the dry side for the style. I’m really looking forward to having it around for the Holidays this year. I’m ecstatic about the fact that a bit of the stout is stashed in a handful of whiskey barrels and currently aging for future enjoyment. The bad news is that there is precious little of this first batch so when it releases, it will not be around for long. Don’t blink or you’ll miss it. I suggest following the 2 Row Facebook Page.

Being a brewery in Utah is a tough road, especially for the little guys. 2 Row is making steady progress and aspires to be more than just a brewery and bottle shop. They’d like to be a place for you to come and drink beer. To that end, a tasting room is in the planning stages that would allow customers to consume up to 16 oz of beer on premises per day. That’s enough to get folks a few samples they can try before buying. Some food will be on hand as well, but don’t expect 2 Row to open a restaurant. For them, it’s always been about the beer. Someday, they hope to be a real watering hole and when that happens, they’re bound to attract a following of regulars. I know I’ll be one of the first to sit at the bar and raise a glass in a toast to 2 Row Brewing!

Go back in time and read our original post 2 Row Brewing: Your Friendly Neighborhood Brewery