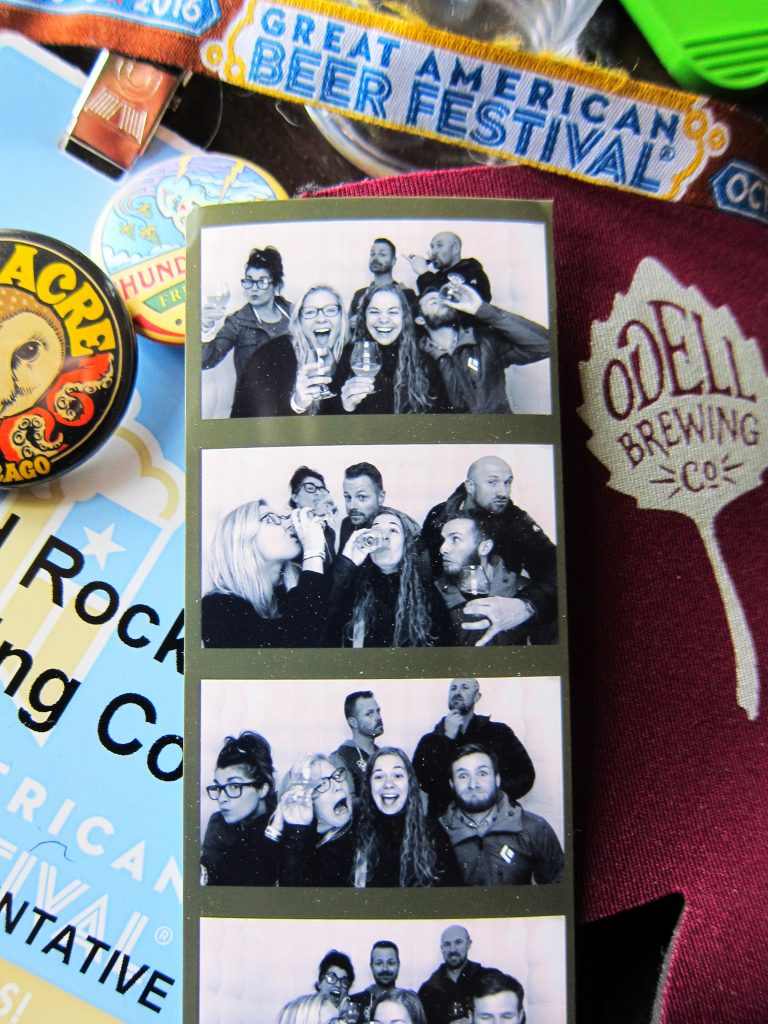 Words and photographs are common tools used to express our deepest emotions and experiences. We string them together in a neat little line on a page in a way we hope will evoke the same emotions we felt while experiencing the event first hand. And yet, even the most captivating picture and descriptive paragraph can never really take you there. It might be enjoyable and even moving, but it will always fall short of the actual experience.

This is why we travel. This is why all of this eye candy is simply fuel to the fire. It is an impetus to write our own story, climb our own mountains, and incite annoyance in our friends who have heard our travel tales one too many times. There are some things you will never get from a phosphorescent screen…

…like the first sip of the first of many beers on your very first trip to the Great American Beer Festival in Denver, Colorado.

As a preface to the rest of this post, it’s important to understand the Great American Beer Festival experience is not confined to the sessions held at the convention center. GABF is an entire city saturated with beer activities like tap takeovers, after parties, and brewery tours. There’s absolutely no way to experience it all, so partial planning, spontaneity, and enjoying the moment is a good method to stand by. 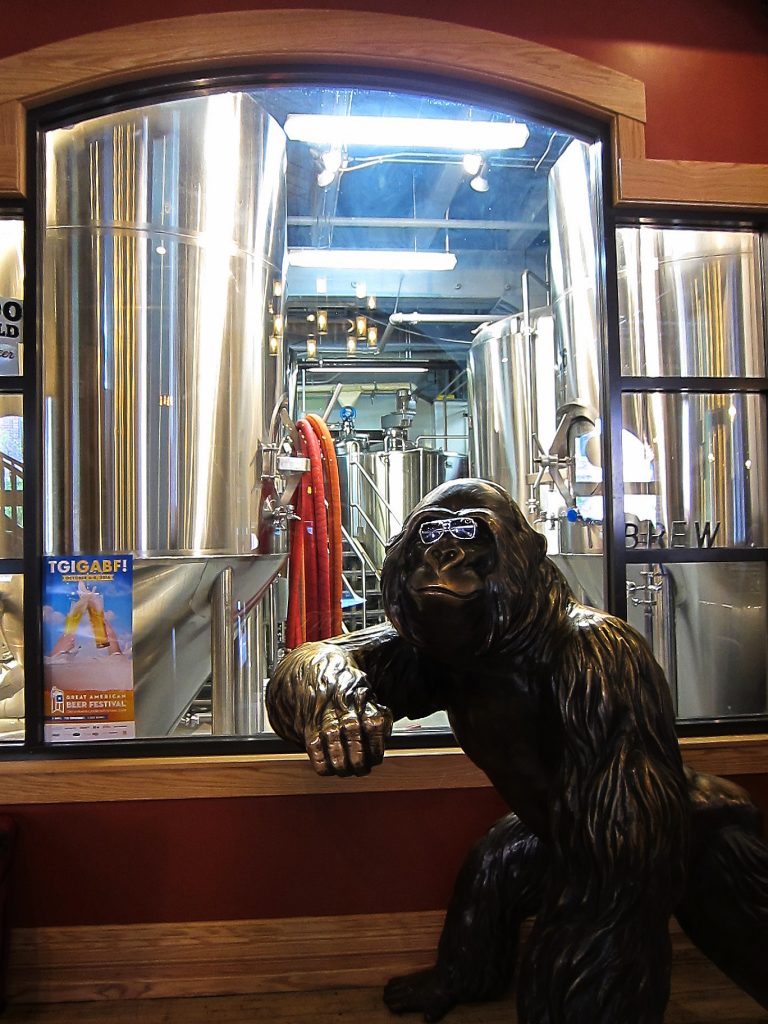 It was glorious. After being shaken up in the air for an hour and a half on a hangover, there’s no better cure than a hearty meal and a flight of beer with a good friend. Yes, I started the trip hungover and (spoiler alert) it ended that way, too.

Their buffalo meatloaf is a throwback to mama’s home cookin’ – a nearly plate-sized slice of meatloaf draped over a bed of real mashed potatoes and perfectly sauteed green beans, all smothered with bacon demi glaze. Of the beers I tried with it, Kurt’s Mile High Malt coffee lager was the best pairing. It may have been the sensation of finally having my first meal/caffeine of the day at 3pm that made it taste so good, but that’s the beauty of pairings. Their efficacy changes with your mood and desires. But I digress. 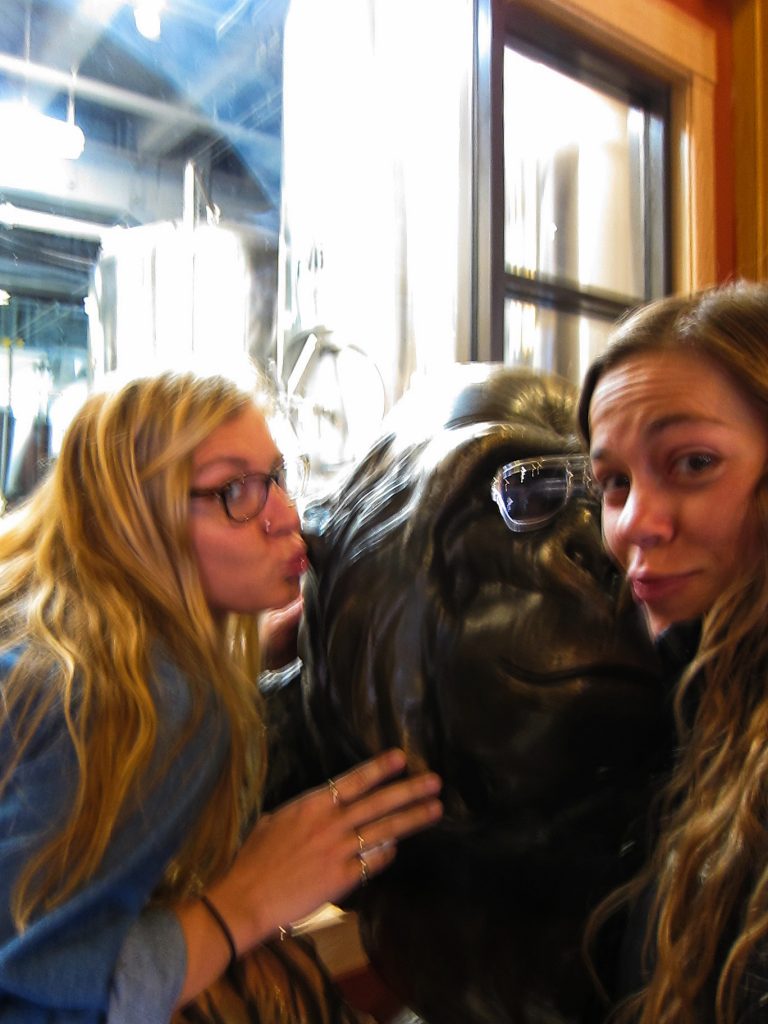 Wynkoop’s tin ceiling tiles and old school decor is quaint and inviting. While I waited for the extra busy waitstaff to bring beer and food, my eyes gobbled up the tiny details and view into the brewery. Perhaps most the welcoming installment is the giant, aviators-sporting gorilla. She’ll fist bump you on the way to your table, or even tolerate a blurry selfie. 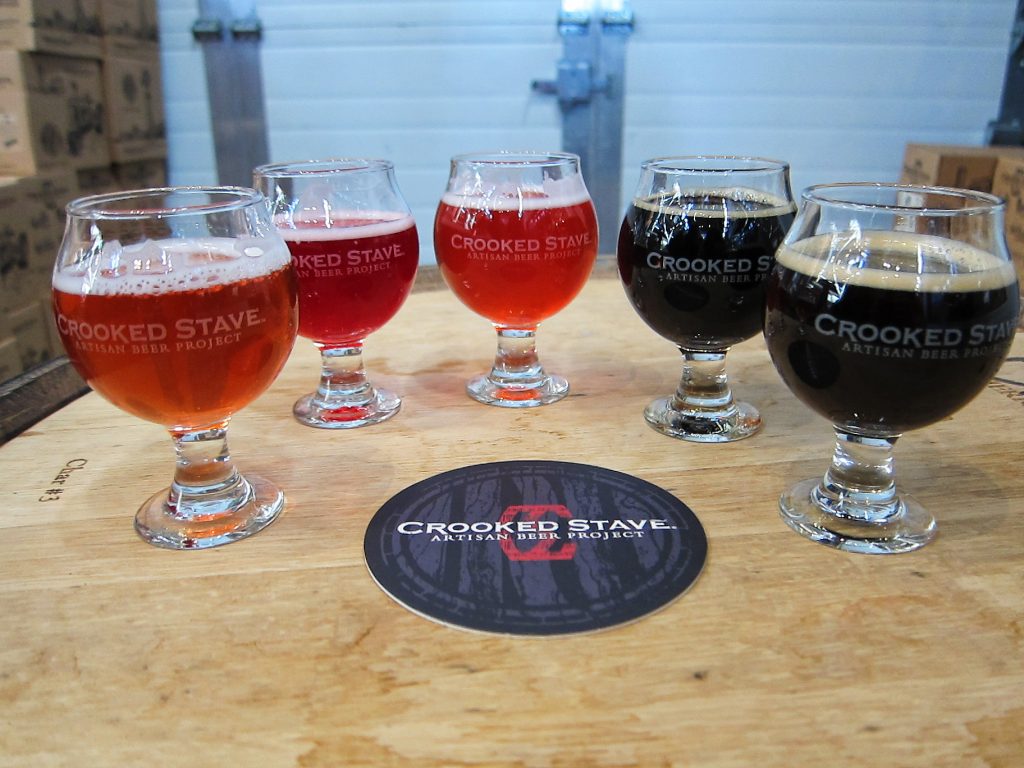 It was somewhere between the 5th and 10th sample that we thought, “Do we really need to go to the first GABF session? Maybe we should just stay here?” Their beer is that good. I would gladly travel back to Denver if only to sit there and pour the delight that is their beer into my mouth.

As a little side story, Crooked Stave beer is sort of the foundation of my friendship with Julie. We first met at a bottle share in Salt Lake City, at which we drooled over a bottle of Nightmare on Brett by Crooked Stave. It was there the phrase “Don’t talk to me.” became a level of ultimate beergasm. It was only fitting to relive the experience at the source… literally.

Crooked Stave’s tap house is nestled in a classy, warehouse style building filled with a bakery, butcher shop, florist, spice market, and many other local goods providers and businesses. This collection of good-for-you-and-the-community shops is so aptly named – The Source. And did I mention there’s a bad ass bottle shop in there, too? Bring a sleeping bag and you’ll never need to go outside again. 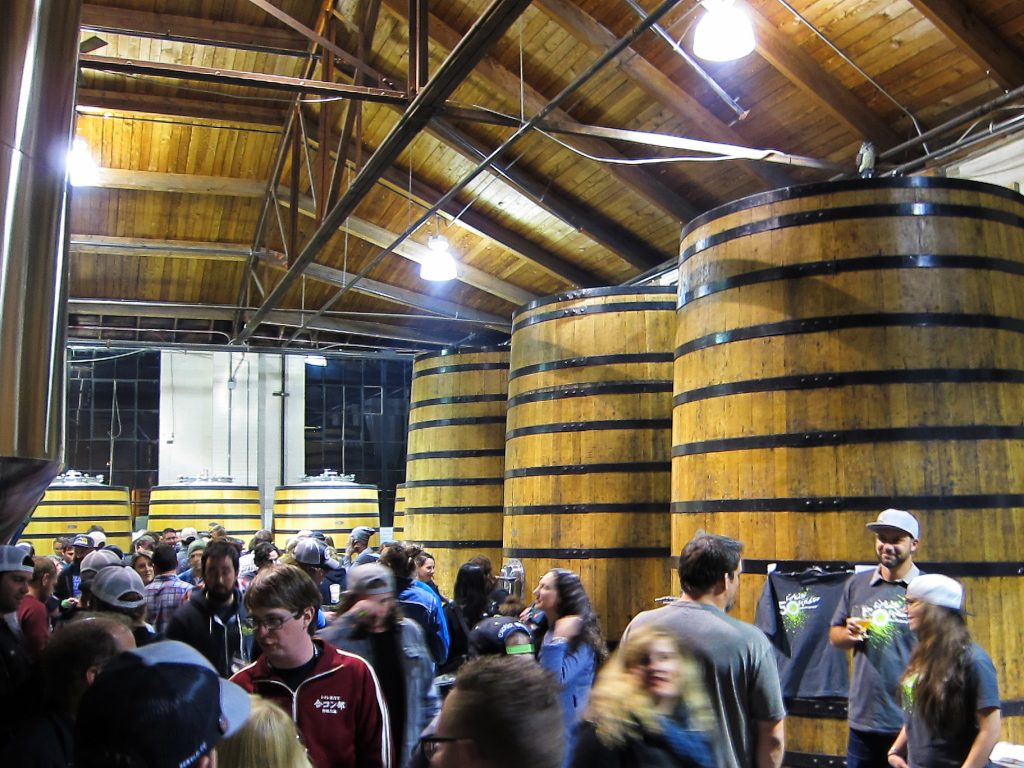 Some of you may find it silly that we visited a brewery that stems from our own city, and you’re right. The nature of our visit was silly, and insane, and a freakin’ fiasco – a 50 Firkin Fiasco to be exact! A firkin is an 11 gallon-ish container used to house beer that has been carbonated naturally, and is served warmer and flatter than most Americans are accustomed to. At this event of Epic proportions, fifty of these firkins were loaded up with different beer styles and topped off with ingredients ranging from dry hops to swedish fish to chilies. After the firkins were spread throughout the brewery, ticket-holders were set loose to drain them of their contents. 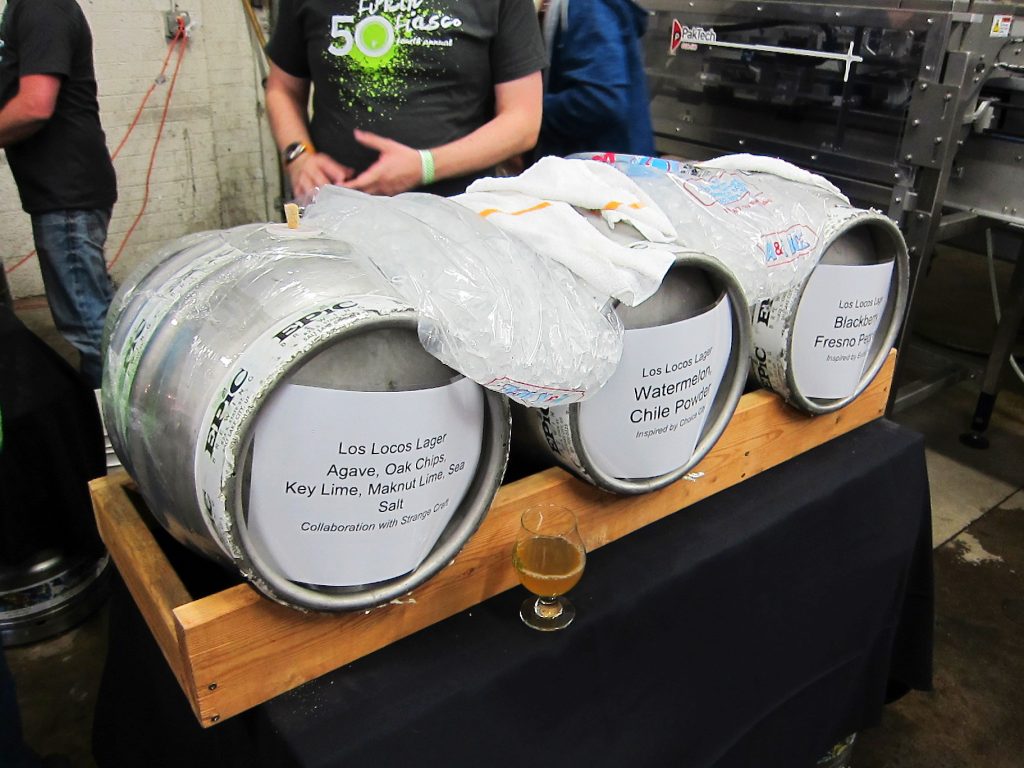 Julie and I ran into old friends and new ones as we sampled our way through the seemingly endless sea of flavored firkins. My personal favorite was Epic’s Los Locos Lager with agave, oak chips, key lime, makrut lime, and sea salt. Julie couldn’t get enough of the spicy selection of chili beers – not my style. There was something for everyone, and even a photo booth for the photogenic types. Shout out to Krin Riedel for throwing a killer event! 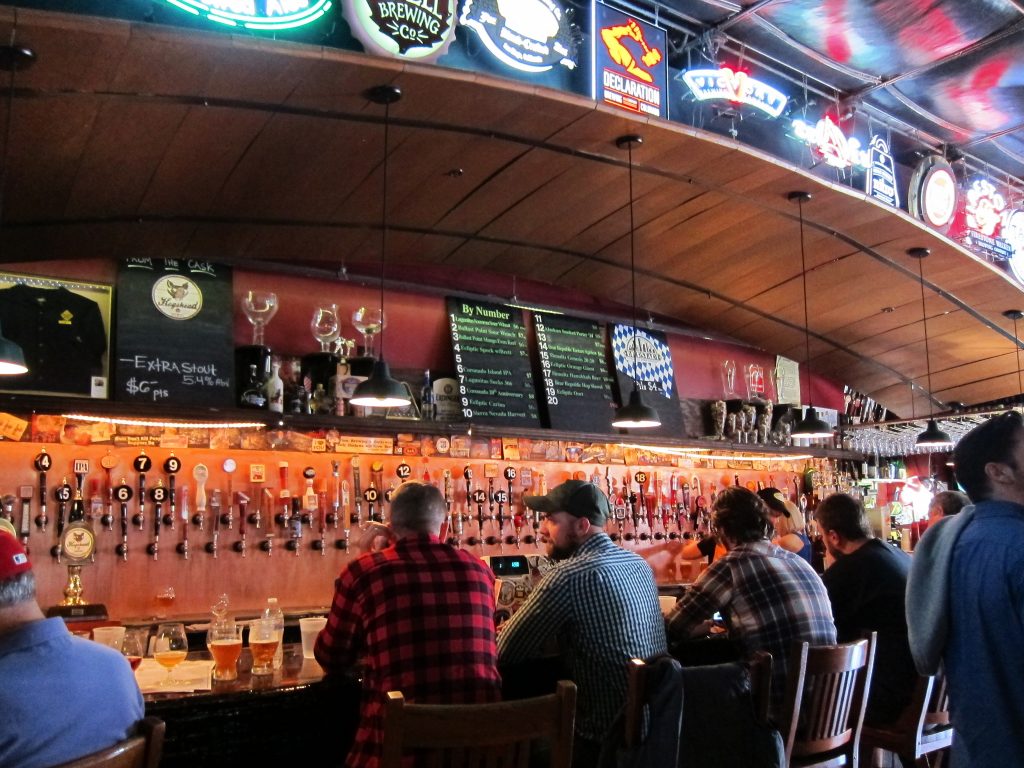 We finally visited Falling Rock on day three (Saturday) of our beer-a-thon. This is where all the beer nerds go to drink. With a tap list to kill and pub grub to anchor your gut, you’ll find all you need at this downtown drinkery. Not including the GABF sessions (don’t worry, that’s next), Falling Rock is the only place we visited twice on this trip, and the two visits were only a few hours apart.

The first time, we grabbed some rare pints from the outdoor beer garden and then some sandwiches inside. I devoured an entire basket of french dip and fries – a decision that would haunt my next visit. After a few more tasty selections from their twenty different draught options, Julie and I agreed to hit up the Saturday early session at GABF and then come back for the Casey Brewing tap takeover.

Fast forward a few hours, and we’re marching our way down the street for a return visit, but this time is different. I was feeling pretty sick – not the kind of sick we saw someone deposit all over the street a couple nights before, but the kind that lets you know you can’t get away with jamming a massive barrage of beer and food down your gullet for 2.5 days without some sort of retribution. I felt full to the brim, innards aching, and somehow sober as a saint. We sat on a stoop outside while I attempted to digest the hodgepodge I unleashed on my stomach. I almost called it quits and left for a nap, but the idea of missing the Casey tap takeover was even more unbearable.

Casey time approached, and I rallied enough to venture inside for a sip. Julie somehow elbowed and eyelash-batted her way to the front of the bar, three people deep, and snagged two bar stools for us just as two people were leaving them. She is a miracle worker, or perhaps just an experienced Sconnie. Either way, she paved the road for a good evening of continued beering as opposed to a nap of defeat. 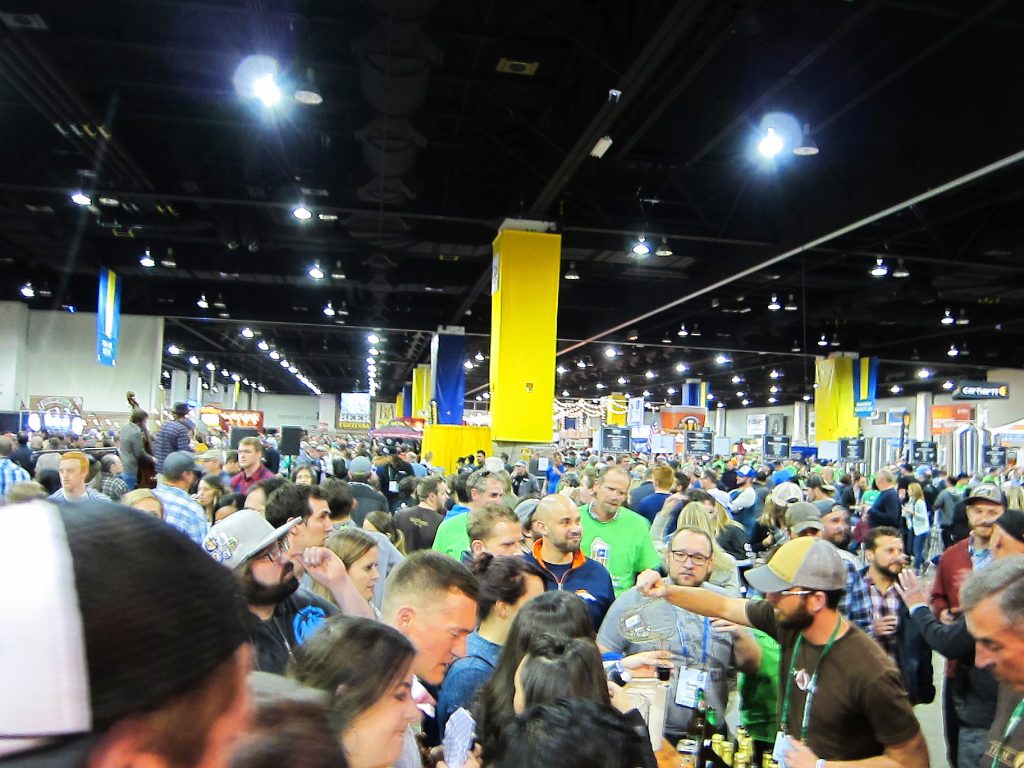 When Julie and I walked into our first session, we were baffled. We hardly gave ourselves enough time to pick our jaws up off the ground before we were swigging samples of America’s finest. One beer. Two beer. Fifteen beer. Suddenly, someone yelled last call, and we were herded out into the brisk Denver night. It was a brilliant flash of unadulterated merriment!

Session #2 was a bit more structured. We were experienced now, and knew exactly how to–”OH MY GOD IT’S ZAC HANSON!!!” A crazed herd of women in their late twenties (including Julie and I) stampeded the Hanson Brothers Beer booth for a closer look at our teen idol. A selfie and conversation with the man himself left us with a glow no beer can give a girl. Cloud nine is an understatement. We celebrated the only way one can after achieving a life goal – shloads of beer!

Sessions #3 and #4 were well calculated frenzies of collecting beer in our bellies and swag in our bags. These sessions left us much the same as the rest – gleefully satisfied. 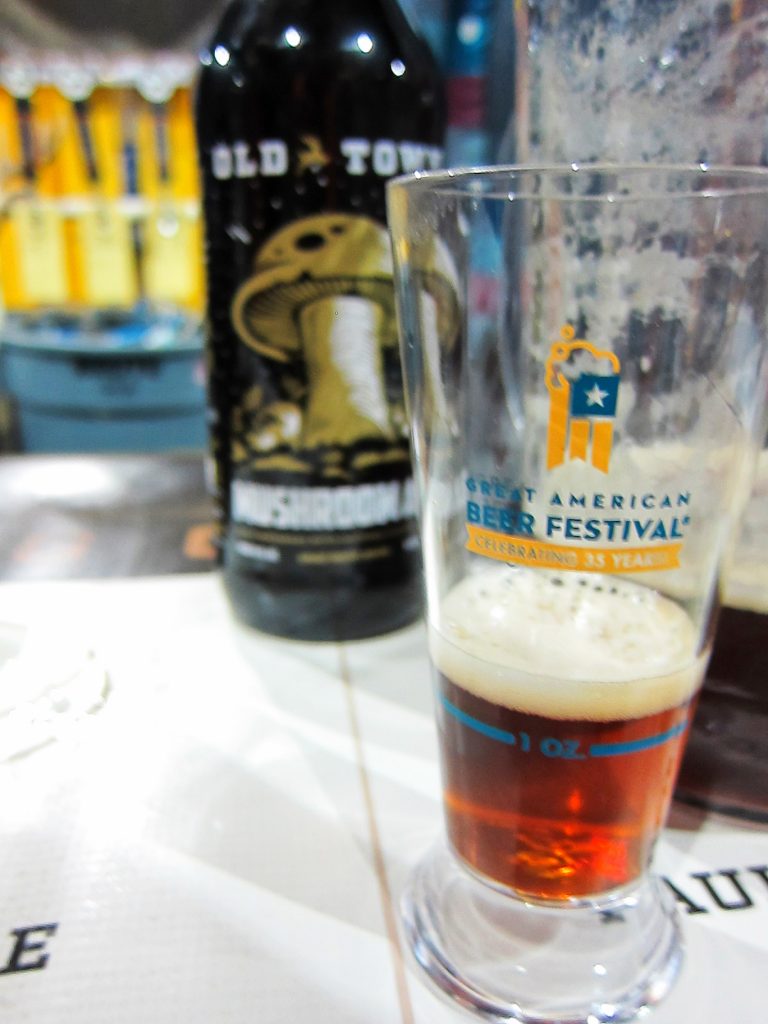 We somehow managed to avoid sloppy behavior and major hangovers for the entire trip. Lots of food and water combined with the ability to pace ourselves and know our limits made the whole trip a mega success.

There are too many highlights to highlight, too many smiles to recount their origin, and not enough of your patience to wade through a story as long as the list of beers we tried (125). A huge thank you to Red Rock Brewing Company for making my first GABF experience possible, and to my best friend Julie for sharing this stupid-awesome time!!!

Start marking X’s on your calendar, get your tolerance up, and grab your best beer buddy. The next GABF is only 355 days away!