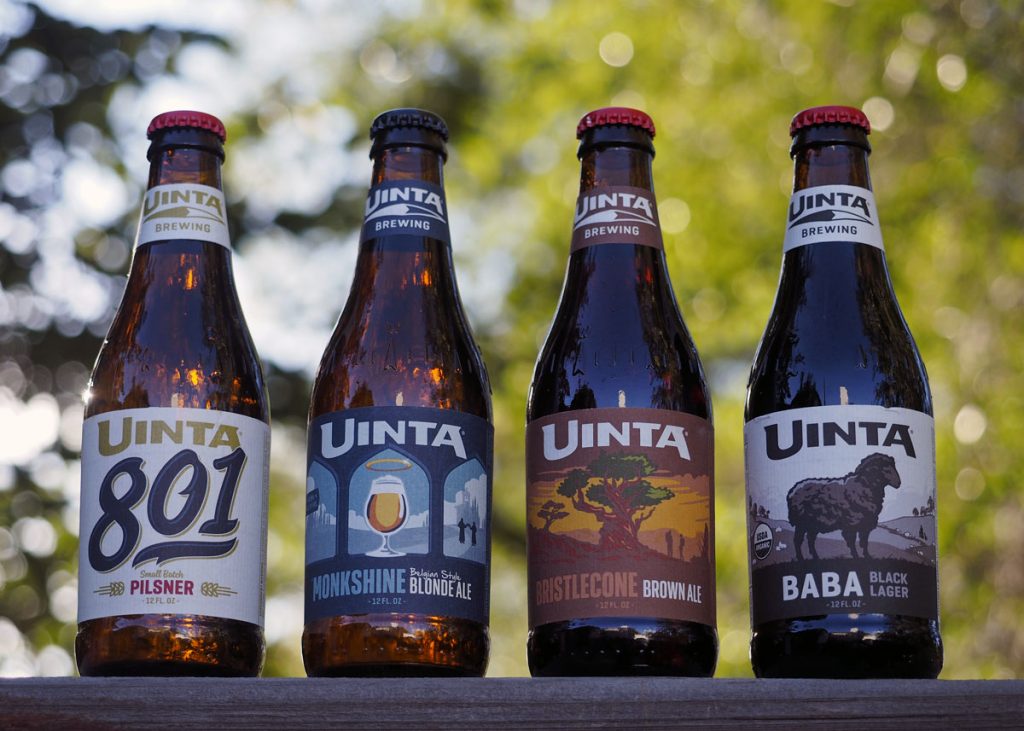 Developing a fondness for craft beer doesn’t happen overnight. Like many good things in life, beer is an acquired taste. I explored this concept in an earlier blog post, Beer; An Acquired Taste. If you want to know why developing a taste for something might be worth the effort, give it a read. For those who like to drink beer, but have been afraid to venture outside of the inexpensive domestic brands, allow me to make a case for your local craft brewer. It may take time, but if you follow my suggestions for these gateway styles, you can go from craft beer-curious to craft beer geek! 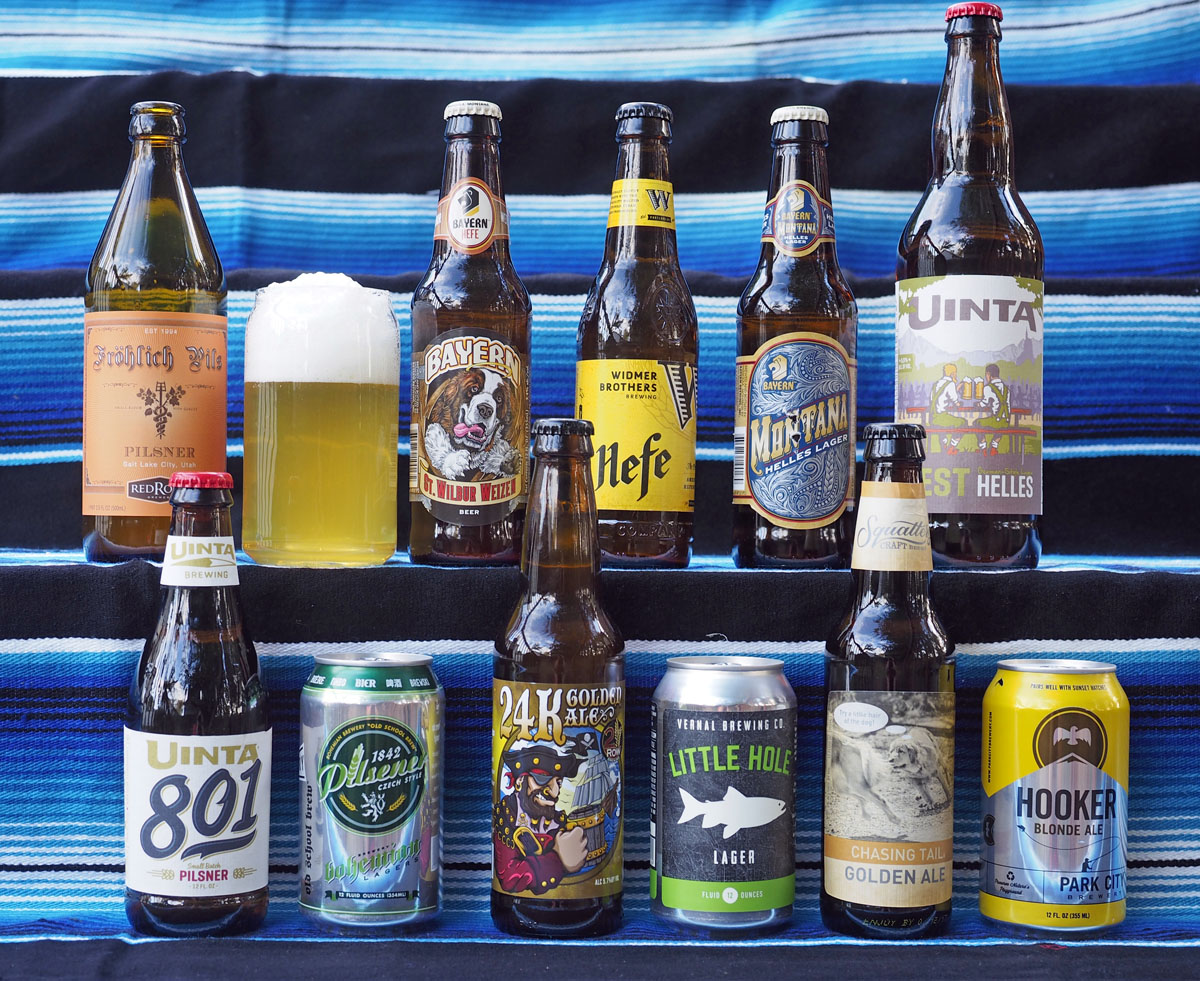 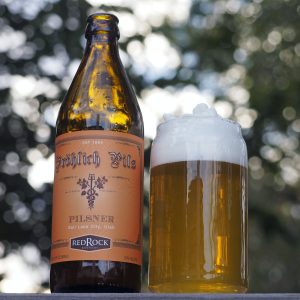 Step number one? Put down that PBR! Pick up a small-batch Pilsner or a light colored lager from a brewery near you. Technically, the styles are similar, but one was brewed locally using higher quality ingredients and is bound to have a bit more flavor than those domestic brands. Brewed with adjuncts like corn or rice, cheap brands have very little malt flavor and a lot of fizz. Small breweries take pride in their product, and you know where your money is going.

By trying a lager beer from a small brewery, you won’t be making a huge leap. The flavors in lager beer are usually simple, clean, and not overly complex. But, you may start to notice some subtle differences as you break free from your usual brand. Once your palate has adjusted to a new normal, your old brand is likely to taste a bit more like water. Other light-bodied, mild styles to try include: Golden Ale, Helles, Kolsch, and Hefeweizen. 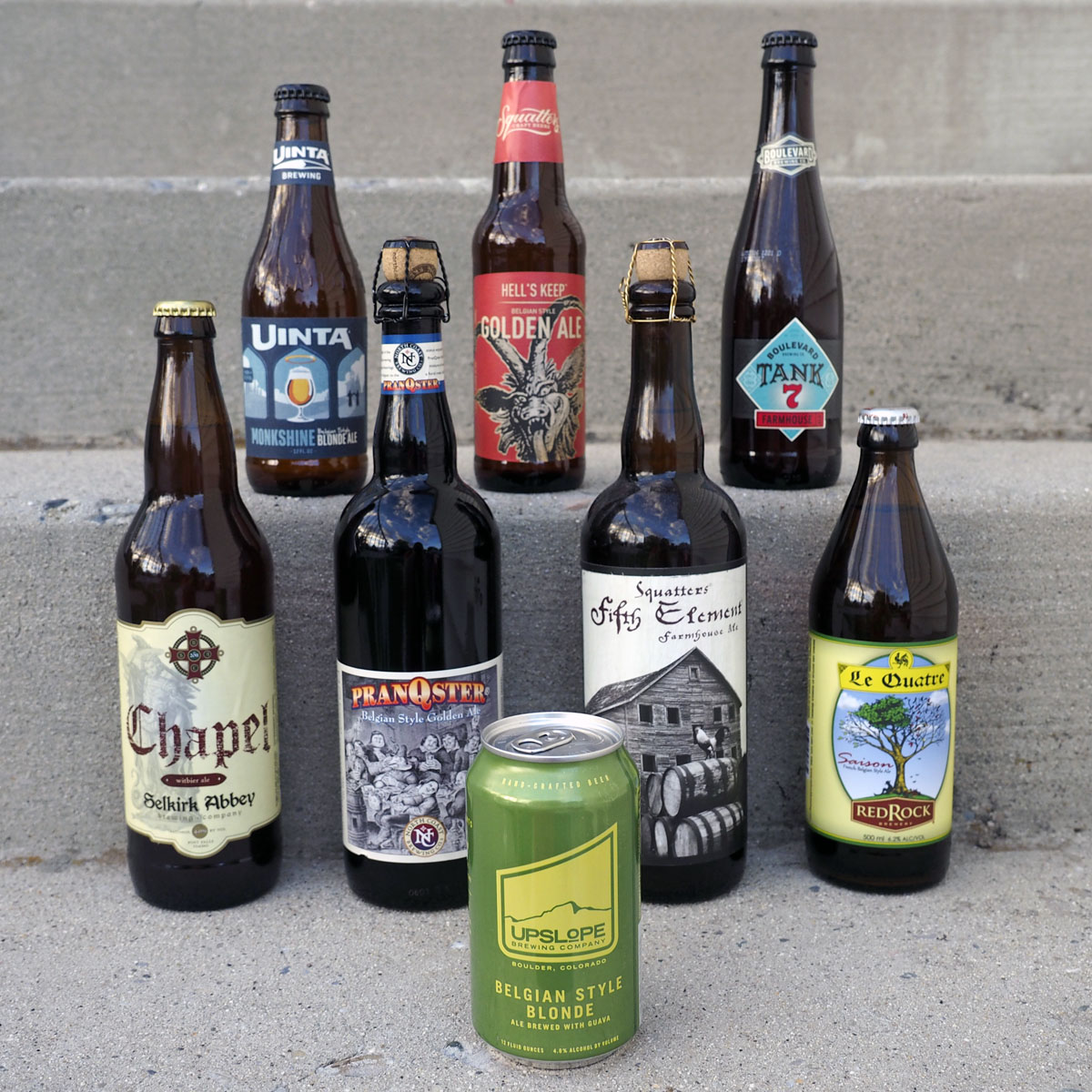 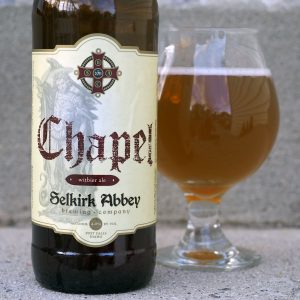 If you’ve been a fan of Shock Top or Blue Moon, you may have an affinity for the Belgian-style beers. These styles are often sweeter with more emphasis on yeast and malt than on hops. Without assertive hop flavors, there tends to be more subtlety and intricacy to them. Belgian yeast can produce fruity and spicy notes which may challenge your palate a bit. There may be spices like coriander, orange peel, or grains of paradise added. These beers also go great with food, so it’s an easy choice at dinner.

Witbier or “white ale” is a good place to start. Turn it up a bit with a Belgian Strong Golden Ale or a Tripel. If this style agrees with you, venture to a Saison/Farmhouse, or even a Belgian Strong Dark Ale or Dubbel. 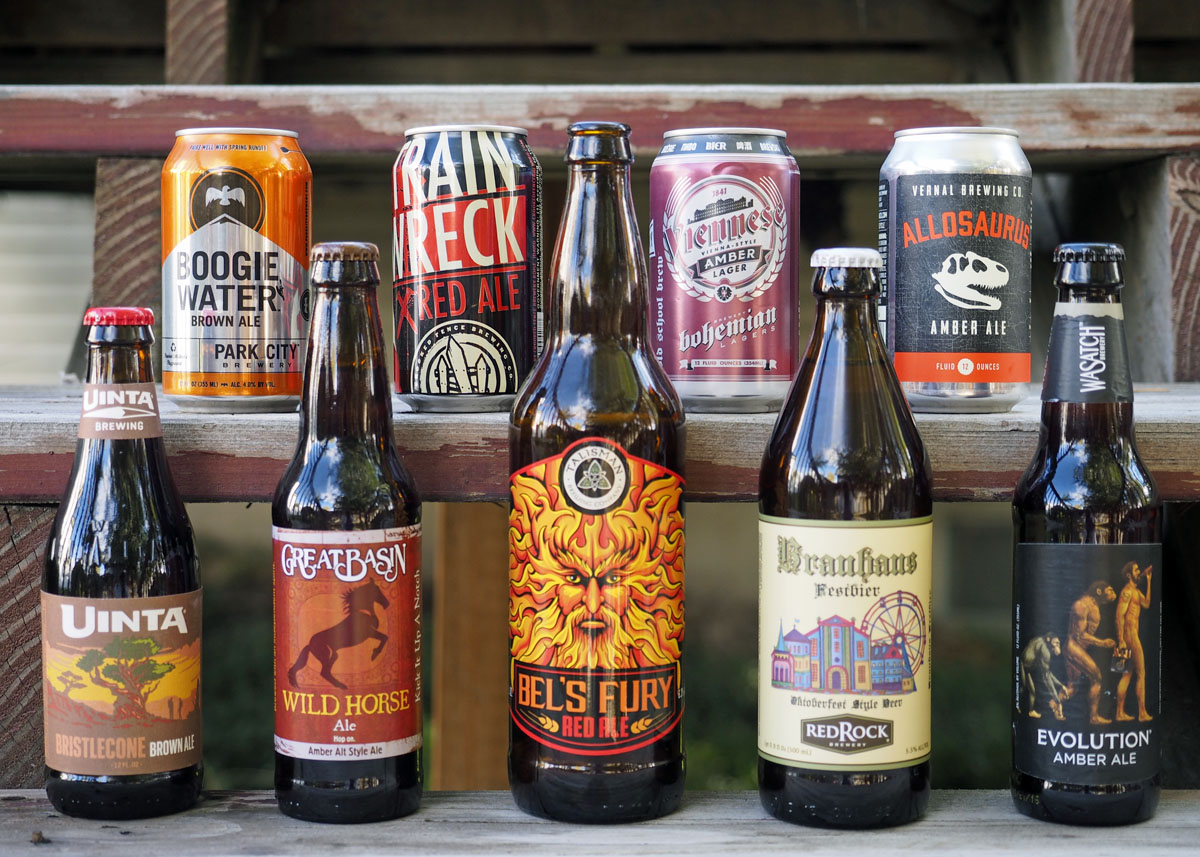 Bring on the Malt 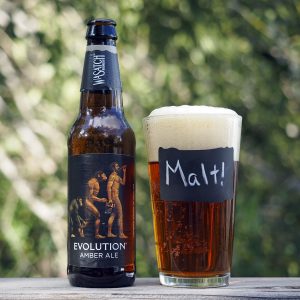 When it comes to the ingredients in beer, malt is easier to get used to than hops. Hops can give the beer more bitterness, while the malt tends to impart a certain sweetness. Malt is made from common grains using processes similar to cooking food, so they tend to be less intimidating. Familiar flavors like caramel or toffee can emerge along with toastiness. If you’d like to know more about malt and how it’s made, check out Lauren’s post, The Mechanics of Malt.

To explore malt-forward beer, try an Amber Ale, Red Ale, Oktoberfest Marzen, Vienna Style Lager, or Brown Ale. Be aware that some Amber and Red Ales may have more hops than others. Usually this will be balanced by the malt, but if you find yourself sipping on a hoppier version, perhaps it’ll be a moment to realize that hops aren’t so bad either. 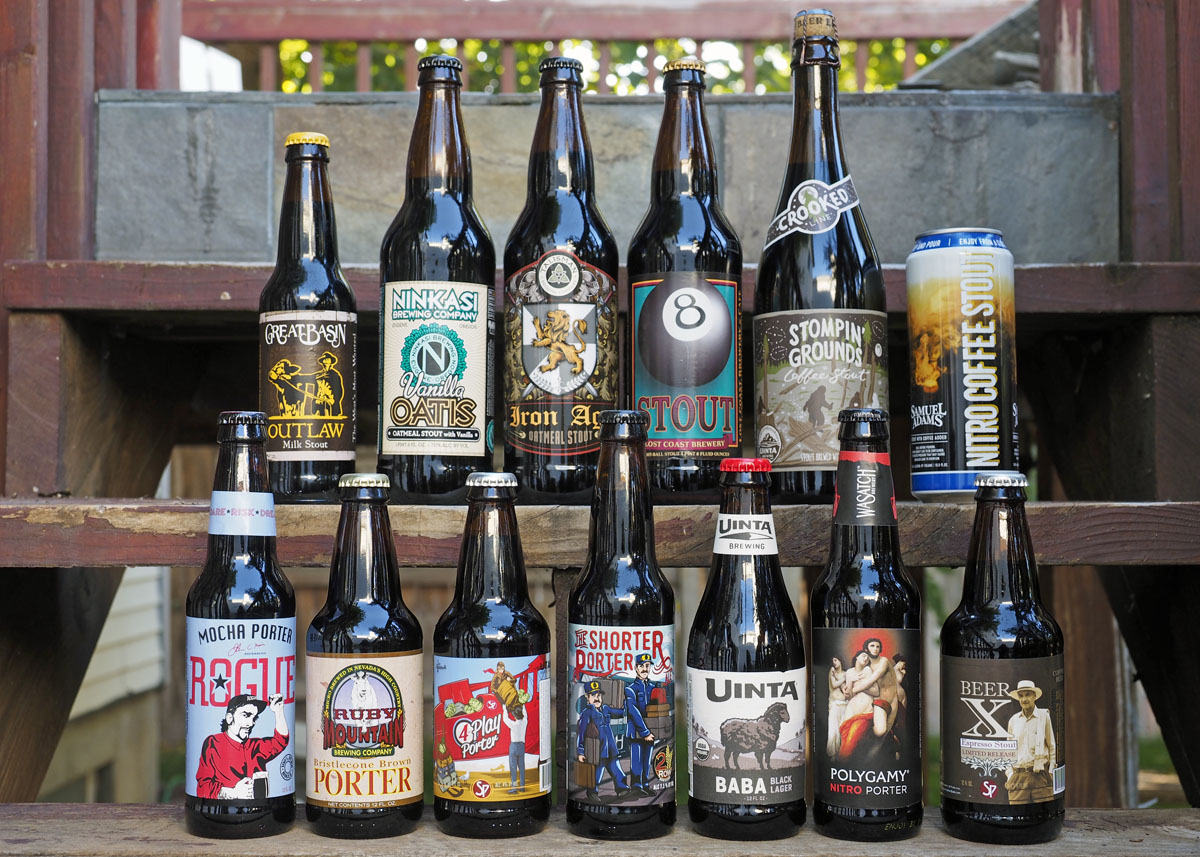 Come to the Dark Side 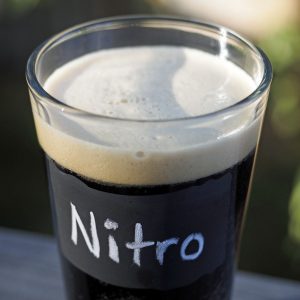 Dark beer may seem scary, but it can lead to a real breakthrough in beer enjoyment! Darker roasted malts can add flavors like chocolate or coffee, which can make a beer seem like dessert. Porters and Stouts can be found brewed with milk sugar (lactose), chocolate, coffee, and even coconut to enhance the malty character of the beer.

Begin with a Dark Lager or German Schwarzbier. Like their lighter counterparts, the flavors tend to be less complex. Nitrogenated or “nitro beer” is also a great option for someone learning to like dark beer. It’ll be smoother and less fizzy, minimizing bitterness and allowing you to really taste the malt. A creamy mouthfeel may trick you into thinking you’re drinking a milkshake. Add a scoop of vanilla ice cream, and you won’t be wrong!

Once you’ve developed a taste for dark beer, you’re well on your way to becoming a beer lover. Drinking beer for its flavor rather than its intoxicant value is what it’s all about. It’ll bring new meaning to “having a beer,” and a whole new level of enjoyment. So, what’s next? Falling in love with hops! There’s a lifetime of learning to love beer. Cheers!