The BJCP, or Beer Judge Certification Program, became a blip on my radar while I was studying for the Certified Cicerone® Exam. While I wasn’t very interested in the program at the time, I was living large with the style guidelines – the Holy Bible of what defines specific styles and subcategories of beer. After a year of hitting the books and beers, I managed to come out on the other side with a passing grade. Whoopiee! But now what? Earning the title of Certified Cicerone® was amazing, but it wasn’t enough. I needed more. I craved more. And so, my next leg of beer education started with how to become a beer judge.

To become a beer judge means to become an active member in the beer society, which is exactly what I want. Immersion in a learning environment is one of the absolute best ways to boost your knowledge of anything. As a judge, you will literally sit at a table with like minded people and critically judge beer with them. They will usually have all different backgrounds and strengths, and it’s in your best interest to skim as much information from your experience with them as you can.

If you’re still reading and this sounds like something you want to be part of, then grab your beer goggles and hop on your horse – it’s time to become a beer judge!

The Entrance Exam costs $10 and consists of 200 questions that must be answered within 60 minutes. If you fail, you may take the exam once a day until you pass. The question formats are true/false, multiple choice, and multiple-answer-multiple-choice. That’s right, there are no essays or short answer questions. Phew! But don’t be fooled. This exam will separate the wizards from the wannabes, so study up!

I took the entrance exam a couple weeks before I took the Certified Cicerone® Exam as a sort of pre-test. I passed, but there were several questions that left me scratching my head. You cannot pass this exam without studying or already having an above average understanding of beer.

Here are some suggestions for a fair swing at passing.

Print out the BJCP Beer Exam Study Guide and the BJCP 2015 Style Guidelines. Grab a highlighter, and go to town on those babies.

Make notecards, recite the guidelines out loud, make stupid rhymes and acronyms, do whatever it is that helps you remember stuff.

Don’t just read about styles, but taste them as well. This will give you the foundation for what to expect from a style. Each style in the guidelines provides a list of commercial examples. Rely on those to give you an ideal snapshot of what the style should be.

Keep yourself on a schedule. Commit yourself to a certain amount of styles and beer subjects to study each week. If you can do this with a friend, you’ll have someone to hold you accountable.

Join a homebrew club. Even if you’ve never brewed beer yourself, and maybe never plan to, this is a good idea. Homebrew clubs are full of people willing to guide you down the path of all that is beer. If you’re a female in the Salt Lake area, I highly recommend joining Hop Bombshells.

Brew a batch of beer, and try to understand the processes. Doing this with an avid homebrewer who can explain the steps would be most helpful. Don’t forget to ask plenty of questions! Take notes, too.

Taste your way through an off flavor kit. You can purchase one online, or try doctoring your own (pg 37). For this exam, you’ll want to know more about the development and prevention of off flavors than the ability to identify them, but it’s never too early to become familiar.

Volunteer as a steward for a beer competition. This will give you a real feel for the judging environment! Stewards present judges with beer and help the competition run smoothly. This is a ride in the passenger seat of what you’ll soon be driving as a judge down the road.

Once you complete the entrance exam, you will immediately be notified of your exam results. If you fail, it’s no biggie. You can try every day for the rest of your life until you pass (but it’ll cost you!). And you can do that from the convenience of anywhere you have internet access. Pretty nice, huh?

Allow me to restate, this ain’t no place for the casual beer swiller. If you’re not committed to studying, save those ten buckaroos and continue to bask in pure beer  i g n o r a n c e.

Come on now, I’m kidding! There’s nothing wrong with being a casual beer drinker. Even if you’re loyal to crushing cans of “America”, we can still be friends.

So let’s say you pass this thing, then what? You’re officially a Provisional Judge! WOOOOO!!!! Now it’s time to get in the driver’s seat, my friends! Contact your local homebrew clubs and find out when the next competition is. Then get yourself signed up as a judge so you can start earning judge points. POINTS! I love points! They won’t mean much at first, but you’ll need them later to improve your judge rank.

Speaking of which, it’s time to talk about the next step, affectionately referred to as…

My next blog post! Yes, you’ll have to tune in two weeks from now for How to Become A Beer Judge (BJCP) Part II.

Until then, sharpen your pencils, and keep hacking away at those style guidelines! 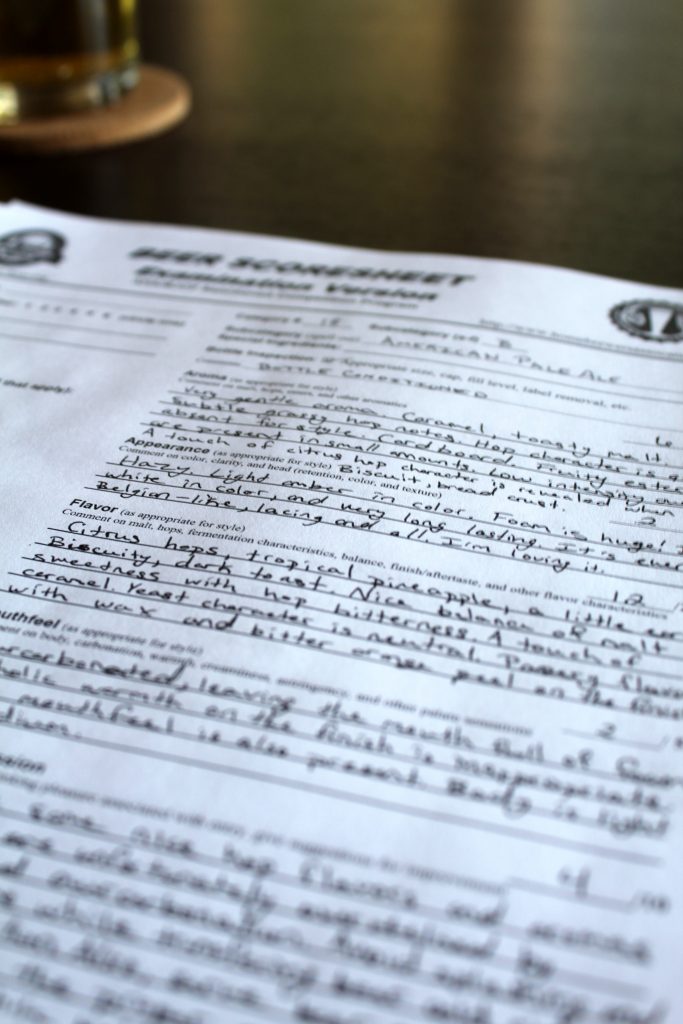