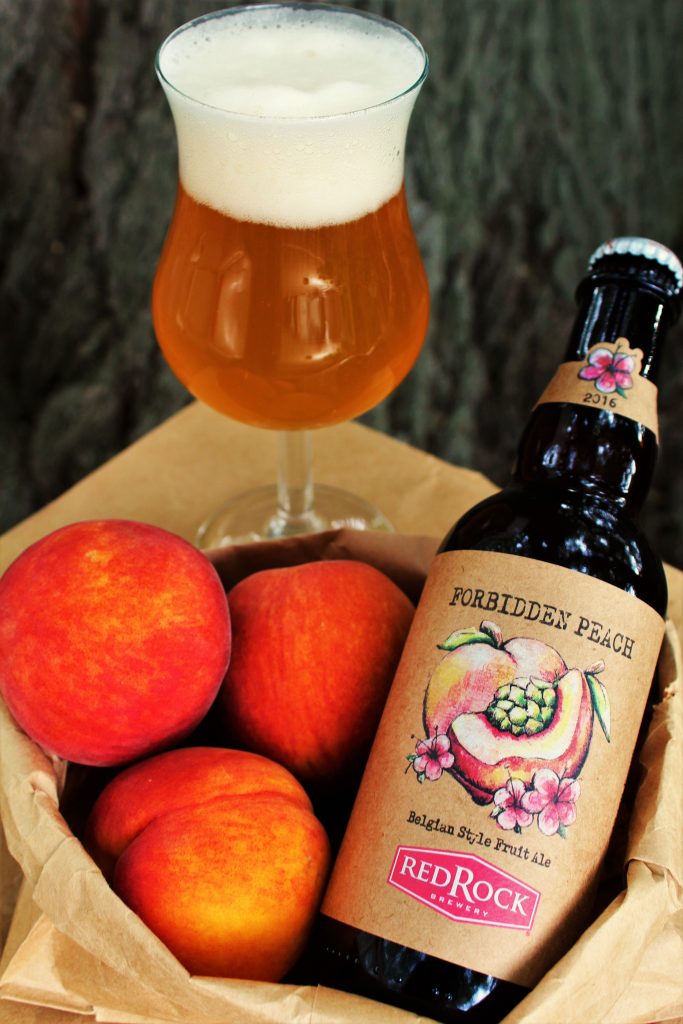 One of the greatest parts of being a craft brewery is getting to create whatever the hell you want. When thinking of what idea to hatch next, brewers Kevin Templin and Chris Harlin chose a wild fermented fruit beer they could nurture from field to glass. It wasn’t long before the duo hopped in a truck and hoofed it up to Brigham City to collect over 700lbs. of Utah’s finest peaches from Tagge’s Famous Fruit in the heat of the 2015 summer. I gaped in awe over the haul when they returned, and soon found myself devouring a peach over the beer store sink, juices dribbling down my chin. 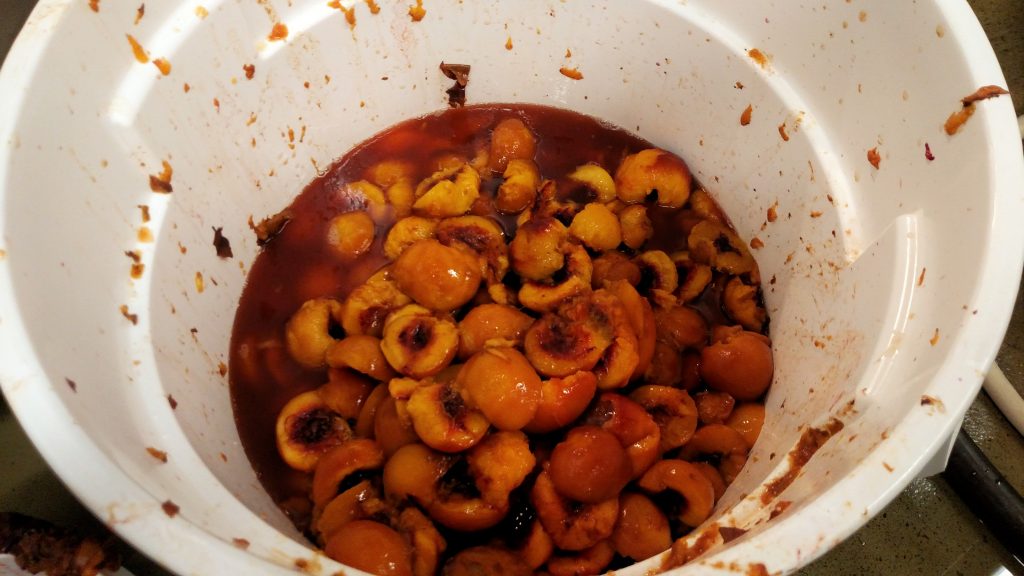 If only every step of the process were as euphoric. A few days later, I was elbows deep in these freshly scored peaches, peeling and pitting them by the bucketload. Sweat running down my brow, bra straps refusing to stay put, I smeared my shirt with peach shmutz trying to keep it together. My thumbs pressed the peach skins off and schlepped them into a different bucket – the unlucky parts that don’t get to be beer. It wasn’t the easiest or cleanest job, but damn it… it was going to be worth it in a year!

Kevin and Chris blended the peach flesh and pushed it into several chardonnay barrels, along with a new companion… beer! This not yet infected brew was created with Forbidden Fruit yeast from Wyeast (understand the name now?). Instantly best friends, beer and peaches rolled around in the barrels like two peas in a pod.

Then came the wild yeast Brettanomyces – not one strain, but two! B. Bruxellensis and B. Claussenii soon joined the barrel of monkeys. And today, a year later, this squad is known as Forbidden Peach! 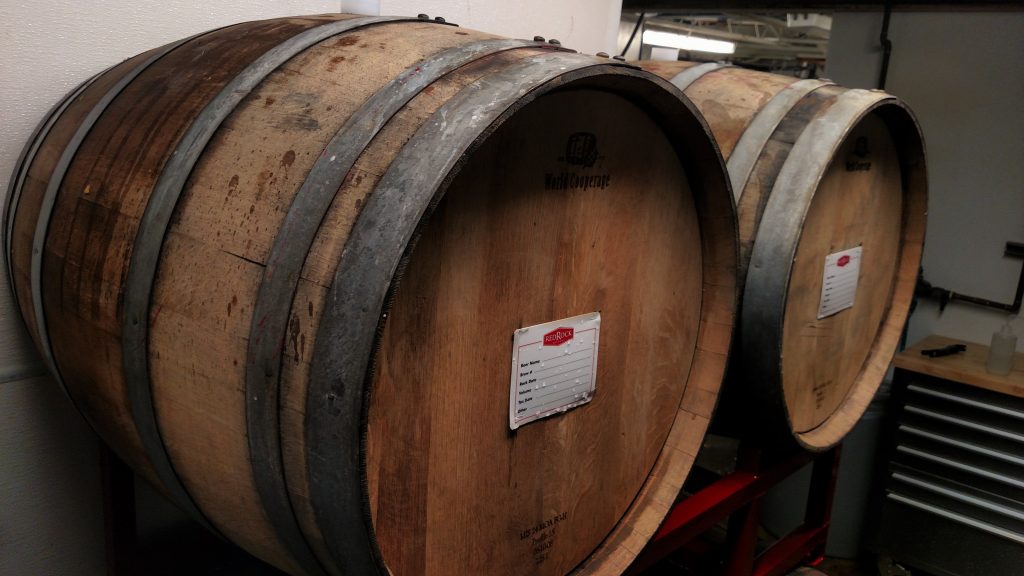 I honestly forgot about it. The days of wringing peach juice out of my pants had come and gone, and my mind was on other things. Winter came. We bottled Secale, then Furlong, and later Reve. It was soon spring, and Paardebloem was all the rave. Suddenly, an entire year had gone by, and the words “Forbidden Peach” perked my ears like a flick to the nipple. How was my old friend? A lengthy year had washed away the peach grit from my fingernails, and now only the glow of something fought for and long awaited was on my mind.

“How will it taste?”, I thought. “And what about the aroma? The body?” I was wriggling in my boots for a taste on bottling day. We sipped and sampled, sharing our thoughts on its fairest qualities and hopes for the future like parents with a newborn. We only wanted the best for our darling beerby!

A few weeks and location changes later, the nearly ripe brew child was bursting at the cap for new lips to lock. Forbidden Peach is 100% bottle conditioned, which means all of the carbonation was created naturally by yeast and sugar that was added at the time of bottling. Additional time in the cold room after several weeks of bottle conditioning has got me frothing at the mouth.

It pours a hazy golden yellow, boasting a fluffy head and thick lacing. The aroma is of peach rings and a bright acidity from the Brettanomyces. I taste subtly sweet peaches, tangy Brett, and a surprisingly full body. Prickly carbonation and a dry finish conclude the experience, typically followed with an “Ahhhhhhhhhhhh”.

The release of our family raised Brett beer is today, Saturday 8/6, at 11AM. The place to be is 443N 400W in SLC, UT! I’ll be doing my best to make friends and raise hell outside the doors before they open. Join me for a bit of fun!

Forbidden Peach has a taste so sinfully good, it’s worth the pain of childbirth. Indulge!