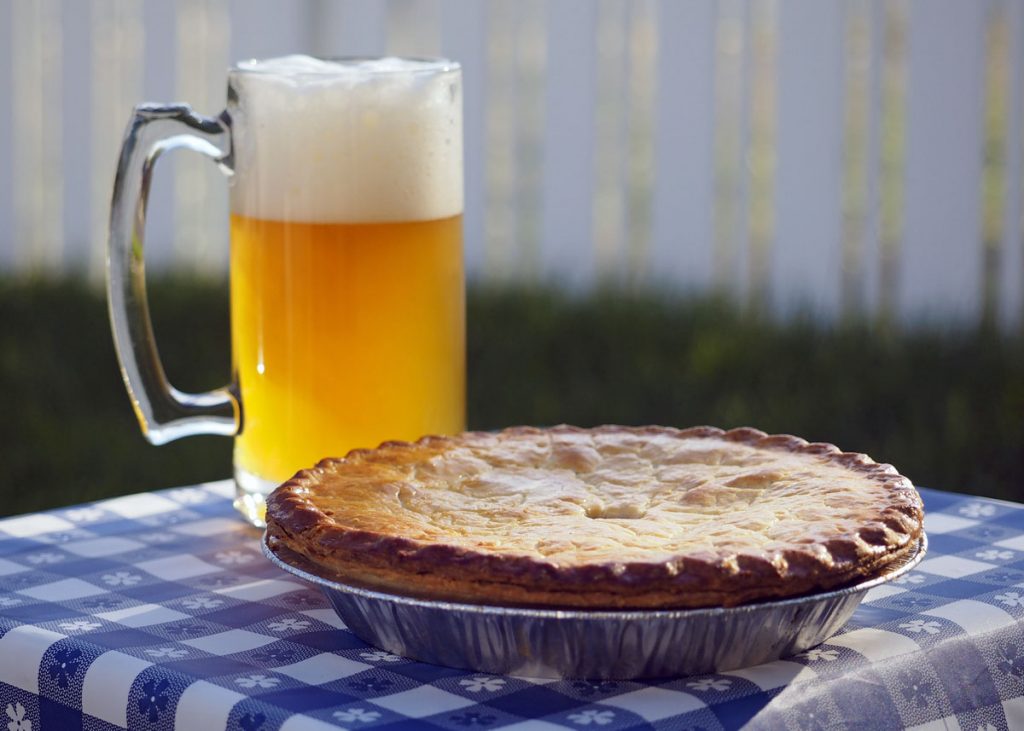 There is nothing more “Utah” than Pioneer Day. July 24th commemorates the day in 1847 when the Mormon Pioneers entered the Salt Lake Valley after their long trek west and decided to call it home. Nowadays, a new alternative holiday has taken shape, and it has really solidified itself as a legitimate part of Utah culture. I think it’s safe to say that there is also nothing more “Utah” than Pie and Beer Day. 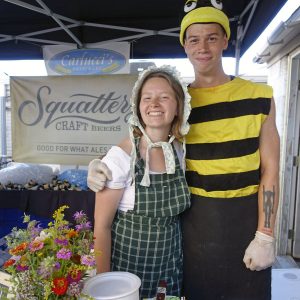 As a child in Utah, I remember celebrating Pioneer Day by dressing up as a pioneer with a skirt and bonnet to participate in a parade with the rest of the kids in my neighborhood. We Mormons loved to pay tribute to those early members of our church who walked miles upon miles in search of a new start after being persecuted and pushed out of Nauvoo, Illinois.  We sang the song, “Pioneer children sang as they walked, and walked, and walked….and walked.” Because of those pioneer children, we got to grow up in our Mormon oasis, Salt Lake City, Utah.

I grew up to be a beer lover instead of a practicing Mormon. Yes, I had to choose. In the days of the Pioneers, Mormons moderately drank and even made beer. Now that the religion calls for complete abstention, Pioneer Day celebrations are decidedly alcohol free. Of course, the fact that Mormons originally settled this state doesn’t mean they are alone here. Even in the beginning, they shared this place with gentiles (non-Mormons) who also settled here. Because the culture in Utah is so permeated with the Mormon way of life, there has always been a counter-culture to match it. As Utah grows more diverse, the counter-culture grows louder and bolder. 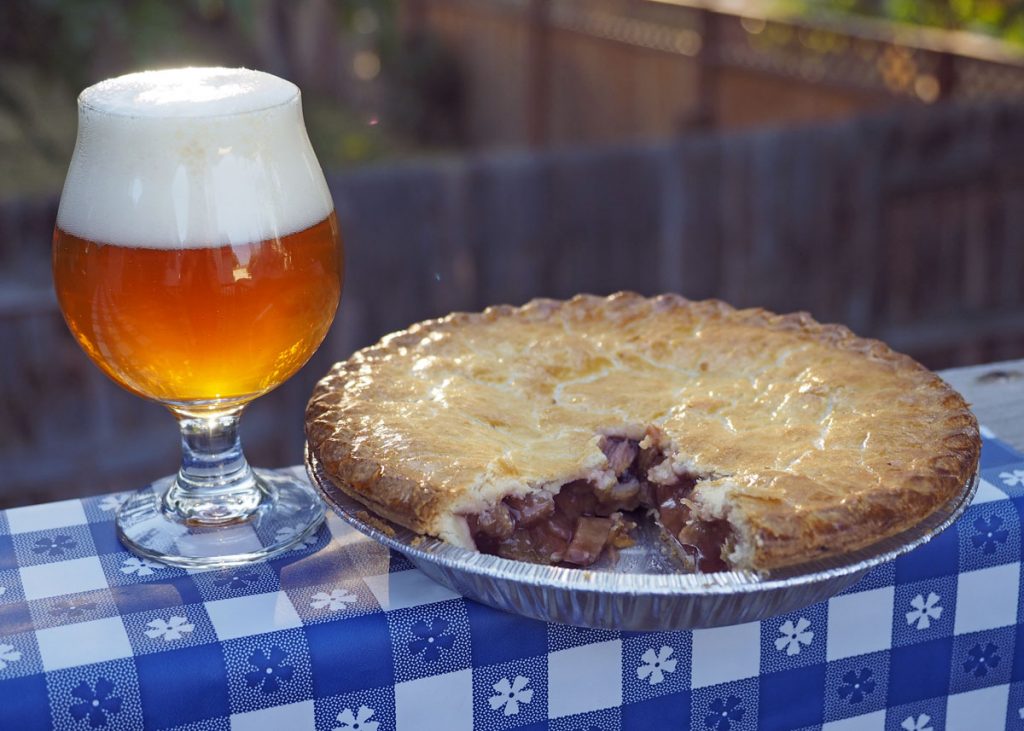 The first time I heard the phrase “Pie and Beer Day,” it was a joke. If you’ve spent any time in Utah, you’ll understand why it’s a good one. Most Utahns, no matter their religious views, don’t mind celebrating the heritage of our great state. But, the ties Pioneer Day has to Utah’s dominant religion have led non-Mormons to search for an alternative to the typical clean-cut festivities that go along with it. There’s no telling who first uttered the words “Pie and Beer” instead of “Pioneer,” but I’d like to thank that person. It’s genius. 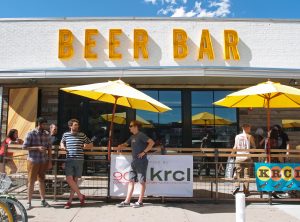 As near as I can gather, this formerly underground holiday has been going on privately for at least the last 10 years. It seems to have built slowly over the years through word of mouth until some local businesses began to participate. It was in 2014 that Pie and Beer Day really entered the mainstream as an official event hosted by KRCL 90.9 FM in downtown Salt Lake City at Beer Bar. It seems we have the beer-loving DJ, Bad Brad Wheeler to thank for that. Last year, Pie and Beer Day blew up. The NY Times, NPR, Fox News, Vice, Money, and our local paper, the Salt Lake Tribune, all did stories about it for 2015. Pie and Beer Day graduated from “joke” to the “real deal.” 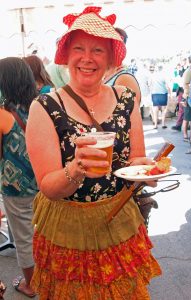 If last year legitimized Pie and Beer Day, this year proved it’s only going to grow from here on out. The crowds of revelers that flocked to the pie and beer pairing event at Beer Bar on Sunday seemed substantially bigger than last year. Lots of other celebrations took place at various breweries, bars, restaurants, and even churches. The options for pie and beer combinations are endless, including root beer for nondrinkers, pizza, dessert, fruit, and meat pies. My prairie bonnet has been rocked! 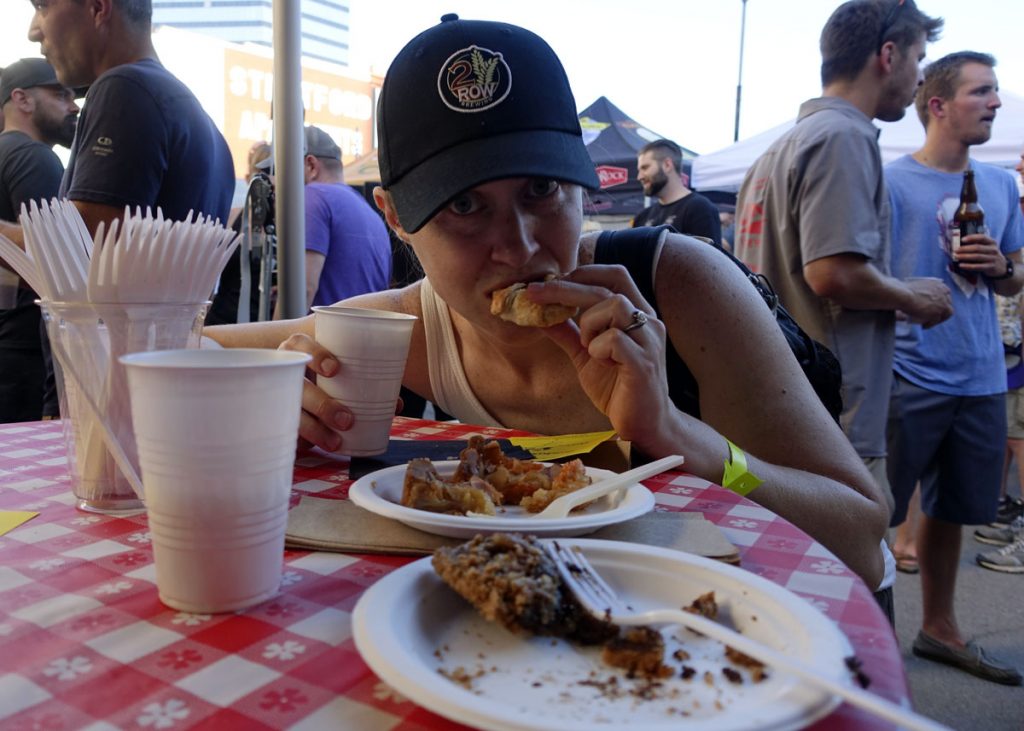 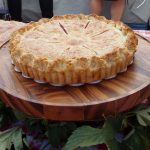 I for one couldn’t be more tickled by the rise of Pie and Beer Day. It represents the peculiarity of living in this strange state, and I say that with affection. We acknowledge the legacy left us by the Mormon Pioneers and at the same time celebrate our growing diversity. Our local breweries, restaurants, and bakeries have done an amazing job coming up with unique and interesting pairings. It makes me so proud to be from Utah. Eat (pie), drink (beer), and be merry!