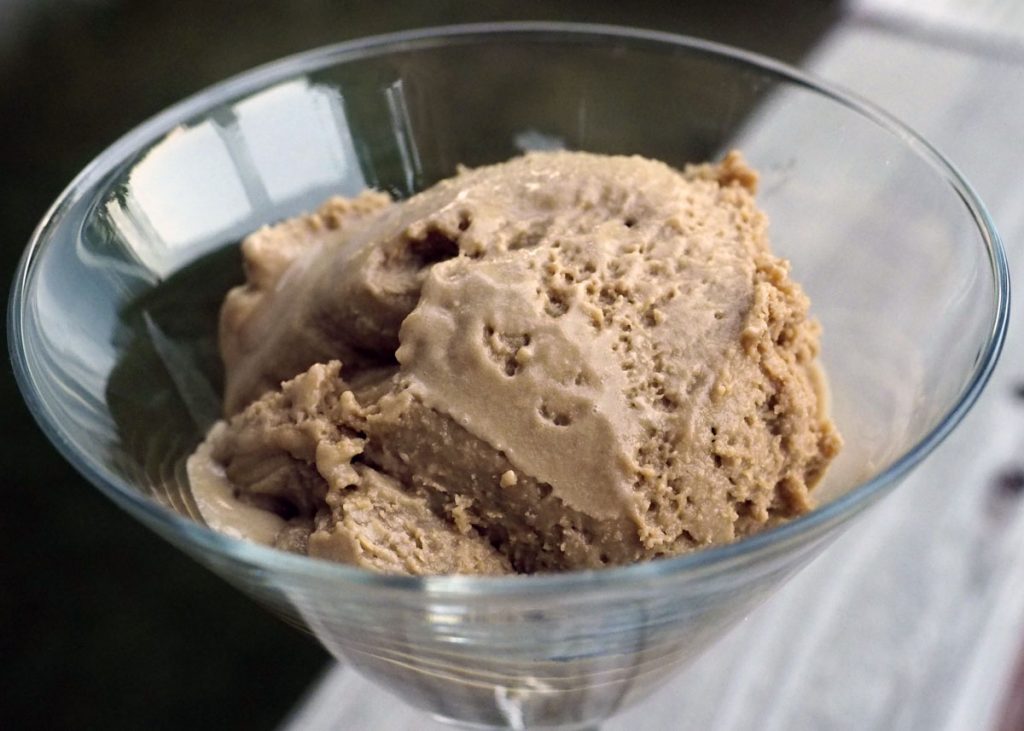 I am definitely an ice cream screamer. I love the stuff! My husband and I received an ice cream maker as a wedding gift, and it’s awesome. I never knew I needed one until I made my first batch of fresh strawberry ice cream. To die for! There is truly nothing like homemade ice cream. When I saw a recipe for beer ice cream online, I knew I had to try it. Two of my favorite things together in perfect harmony! 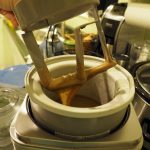 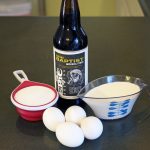 The LA Times’ “Daily Dish” recipe for beer ice cream has just four simple ingredients: heavy cream, sugar, egg yolks, and beer. You may have read my blog post “Big Bad Baptist for Dessert.” In my mind, this was the perfect beer for my ice cream. The recipe made no mention of alcohol content in the beer. Turns out, this is actually an important factor. Big Bad Baptist is a big beer; 12% ABV. The ice cream wouldn’t set up properly with so much alcohol in it, and I ended up with gooey custard that wouldn’t freeze all the way. It was incredibly delicious gooey custard, however, and it made a fabulous topping for vanilla ice cream! 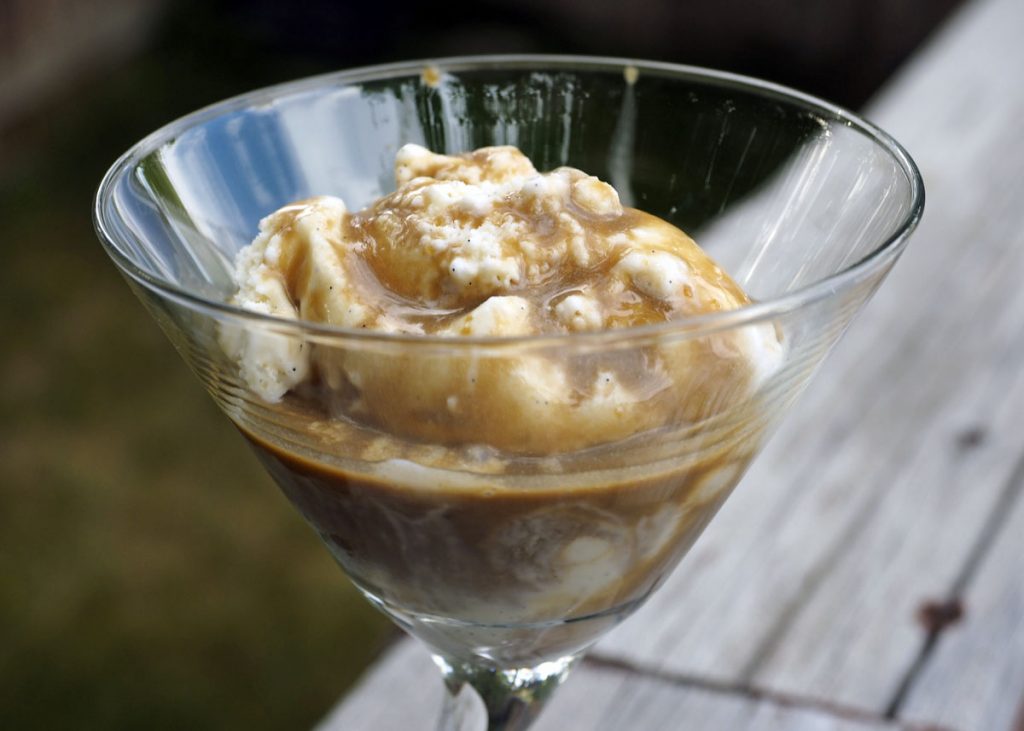 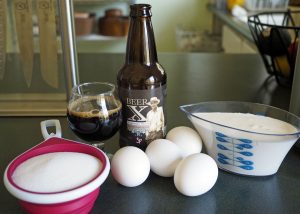 So, my first batch was a bit of a flop which led me to do a little research. I decided to make a few adjustments to the recipe and try again. For my second batch, I used Café X Espresso Stout from Shades of Pale. It’s a modest 5% ABV. Success! Here is my adjusted recipe.

1. Pour out the beer and allow it to flatten. You can do this quickly by whisking it. Carbonation can mess with the texture of the ice cream. 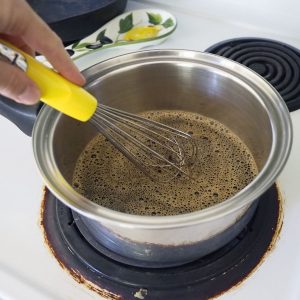 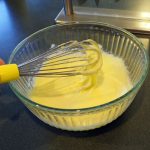 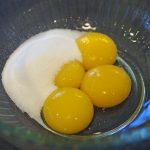 2. In a medium, heat-resistant bowl, whisk the egg yolks and sugar together until they are smooth, and pale yellow in color. In a heavy-bottomed sauce pan, bring the beer and the cream to a simmer. You can simmer the beer by itself before adding the cream to cook out some of the water and alcohol if you like. 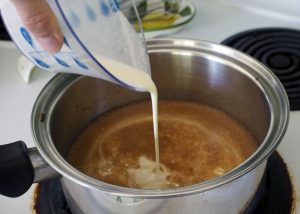 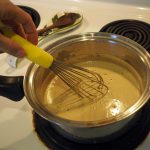 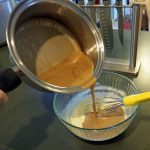 3. Slowly pour the hot beer and cream mixture over the sugar and egg mixture, whisking constantly. Return the mixture to the pan and cook over low heat, whisking frequently, until it thickens. How thick? Cook it just until it coats the spoon; about 7 minutes. 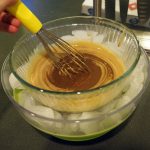 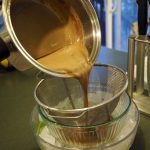 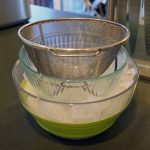 4. Pour through a strainer into a mixing bowl set over ice, and whisk until cool. Cover, and chill in the fridge for 5-24 hours. The original recipe didn’t require the additional chilling in the fridge, but I found a number of other recipes that did. It does make the mixture a bit thicker. 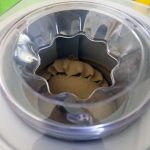 5. Freeze in an ice cream maker according to the manufacturer’s instructions. If you like a softer serve ice cream, you can eat it right away. I recommend transferring the ice cream to a container and freezing it in your freezer for an additional 3 hours or so.

*The original recipe called for a full cup of sugar. Right out of the ice cream maker, the ice cream was way too sweet. It did mellow out after it sat in the freezer, but ultimately, I liked it better with less sugar. I also saw a similar recipe with just ½ cup of sugar. Adjust to your tastes and in accordance with the bitterness of your beer. 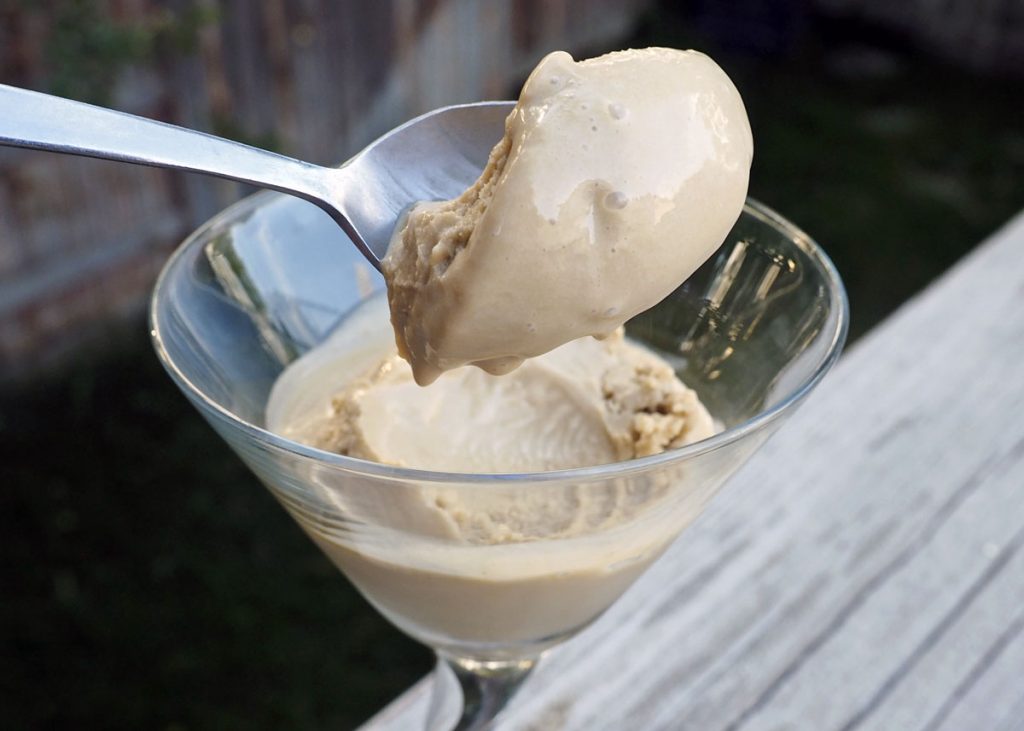 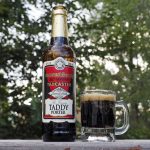 Making beer ice cream was quite the tasty adventure! I made a total of three batches using three different beers. For the third, I used Samuel Smith’s Taddy Porter. It turned out lighter than the other two batches and had a more basic bready “beer” flavor. The Café X Espresso Stout came out the color of chocolate ice cream with the flavor of caramel, roasted malts, and coffee. As an added bonus, my husband, who doesn’t drink, was also able to indulge in this beer-y treat. I’m really looking forward to experimenting more with different, unexpected beer styles. I’ll be sure to let you know how it goes! 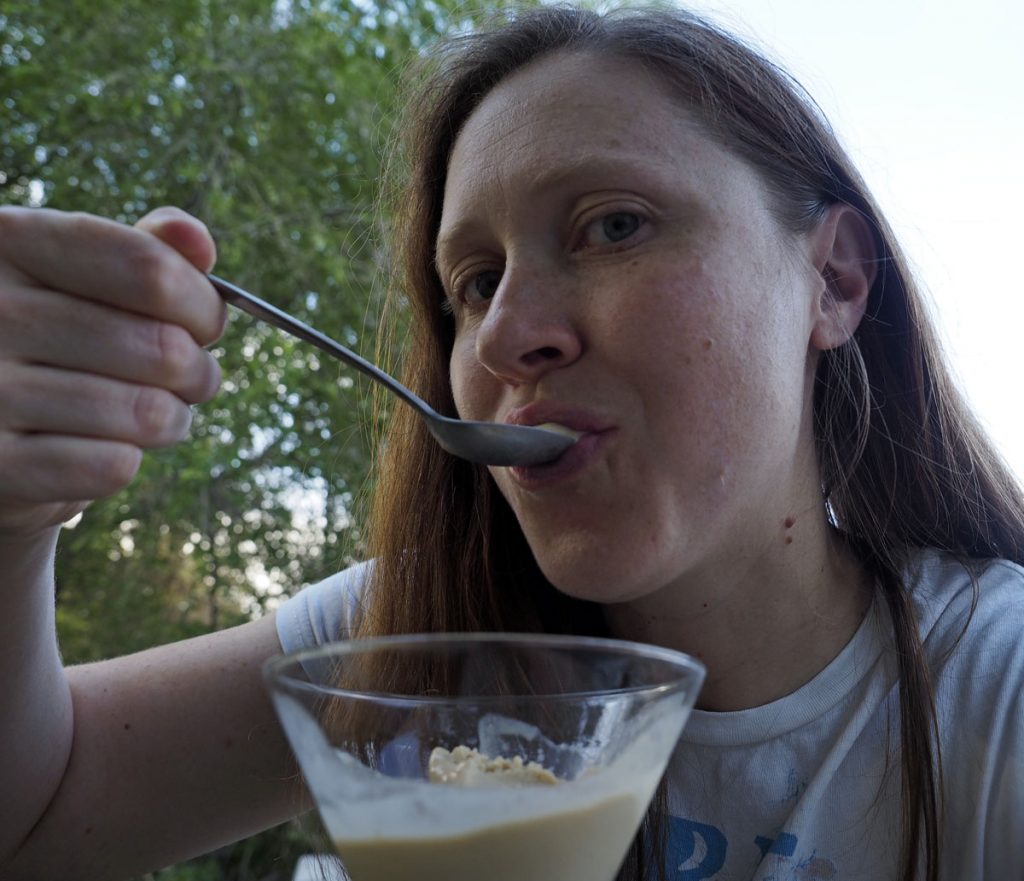