“Fears, Tears, and Beers” is a mountain bike enduro race put on by the Great Basin Trails Alliance in Ely, Nevada. My husband, Photo-John, is an action sports photographer who has a lot of experience covering mountain bike races. This past weekend, June 11th, was his 3rd year shooting Fears, Tears, and Beers, but it was my first time attending. I’ve been intrigued by the thought of going along, and maybe even racing, for a while now. This year, the stars aligned, and I was able to finally experience it for myself!

You may be saying to yourself, “Ely, Nevada?”, and I don’t blame you. I’d venture to guess it’s not on your list of must-visit destinations. It isn’t really on the way to anywhere so unless you’ve made a point to visit the nearby Great Basin National Park and Lehman Caves, you’ve probably never been there. I hadn’t been until I went with my husband on a scouting trip the weekend before the race 3 years ago. I was pleasantly surprised at just how cool this town is!

Ely began as a stagecoach station on the Pony Express and eventually became a mining town with the discovery of copper in 1906. There is a lot of history in this town and you can see it everywhere you look. The historic casinos in the heart of the city along with a hunting themed bar account for the extent of the nightlife. I’m not one for gambling, but I find old casinos to be charming in a way. At the Jailhouse Casino, you can sit in a jail cell and eat “fancy” prime rib at the Cellblock Steakhouse. Klassy! 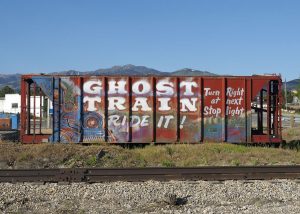 The absolute coolest thing about this town is the Nevada Northern Railway. This “Ghost Train of Old Ely” is a 19th century steam engine train that still runs and takes passengers on daily tours. You can hear the train whistle from anywhere in the town as it puffs its way along the tracks. If you have a kid who loves trains, take them to Ely, and all of their dreams can come true! The kid in you will feel the same way. 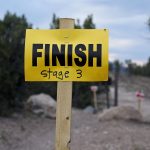 There is also a fantastic trail system in the mountains around Ely, maintained by local volunteers. These trails have hosted the Fears, Tears, and Beers Mountain Bike Enduro event, the oldest of its kind, for the past 11 years.  The “enduro format” consists of several timed stages (usually downhill or sprint sections) separated by uphill transfer stages that are not timed. This way you can conserve energy and have more fun racing downhill! Mileage for Fears, Tears, and Beers ranges from 17.5 miles (2,300 feet of climbing) for Beginners to 33.3 miles (5,400 feet of climbing) for the Expert/Pro class. The upper classes take on Whorehouse Hill, a gnarly, super-steep descent into town, ending next to the train tracks and Ely’s working whorehouses.  What makes this event really unique is the fact that all racers begin by riding right through the Jailhouse Casino on their way out of town. 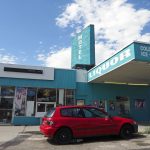 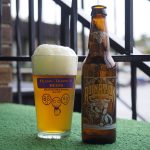 This year, race day greeted us with rain, and lots of it. Due to lightning and bike-crippling mud, the decision was made to postpone the race from Saturday until Sunday. Some racers had to drop out, but many stayed to play. I searched the city for craft beer to fill the time, and my belly. Ely does not have a wide selection of craft beer, but between the grocery store, the Chevron, and a shabby little liquor store, I did not go thirsty. 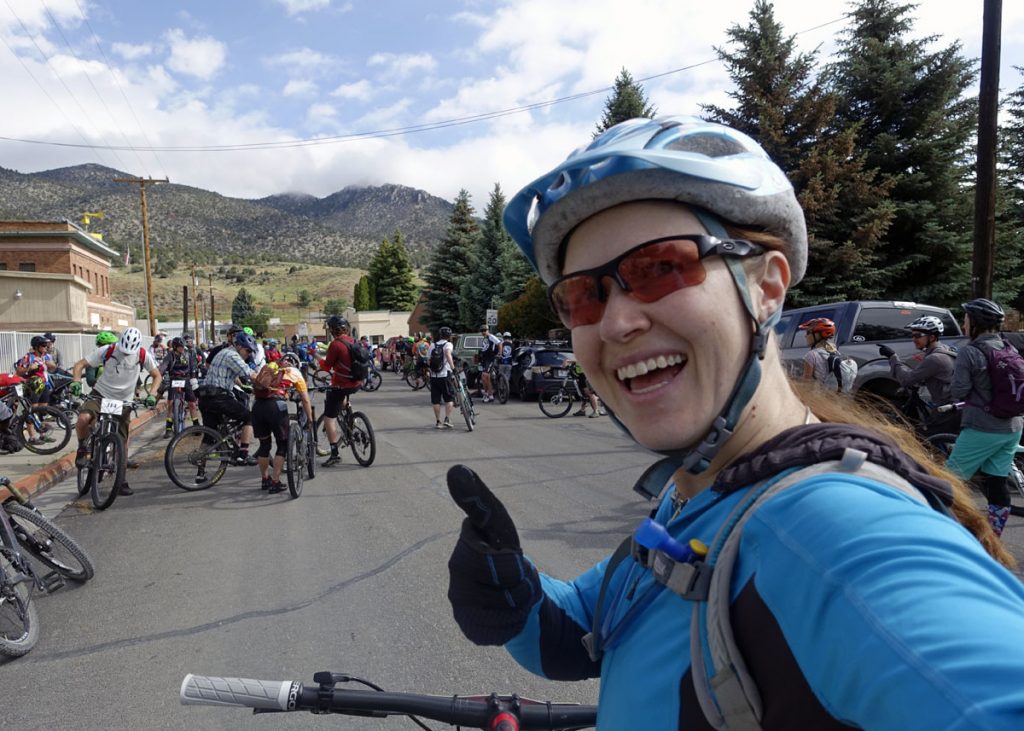 Sunday morning, I was ready to race! I have done some mountain bike and cyclocross races in the past, but this was my first enduro race so I chose the Beginner class. I wasn’t sure what to expect, but I decided to do my best and just have fun. I was bummed that we skipped the ride through the casino, but with the dicey weather, race organizers wanted to get people out on the courses as soon as possible. The climb up to my first timed stage was definitely a beast! There were several steep sections that were hike-a-bike, but the scenery was gorgeous. The ground was pretty saturated from the rain which, for the most part, made for some tacky dirt when it came time to race downhill. I felt pretty good overall except for a fall I took when my bike got sucked into a rut, and I went over the bars. Mostly, the timed sections were whooping good fun! 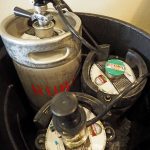 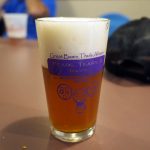 I did get rained on a little, but finished the race just as another bout of hard rain blew into town. I was grateful that I hadn’t chosen a longer course. Many racers encountered mud, rain, and hail, but at least it wasn’t continuous. The after-party was moved from the park to the casino due to stiff winds that came with the rain. Ruby Mountain Brewing from Clover Valley, Nevada provided beer for thirsty racers who drank up after a grueling day. 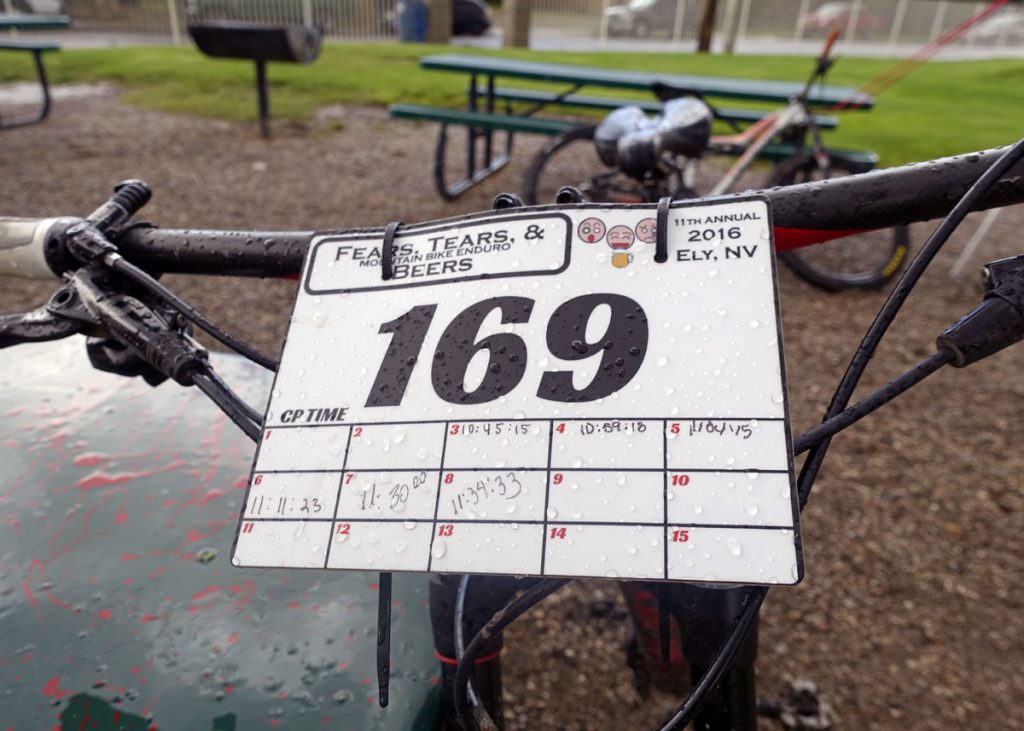 It was a crazy year for Fears, Tears, and Beers, but we got through it and everyone who participated had a great time. The challenge, the adrenaline, and the reward of beer at the end make it well worth the effort. Ely, Nevada provides the backdrop for an experience that is both scenic and unusual, in the best way. I look forward to another ride! 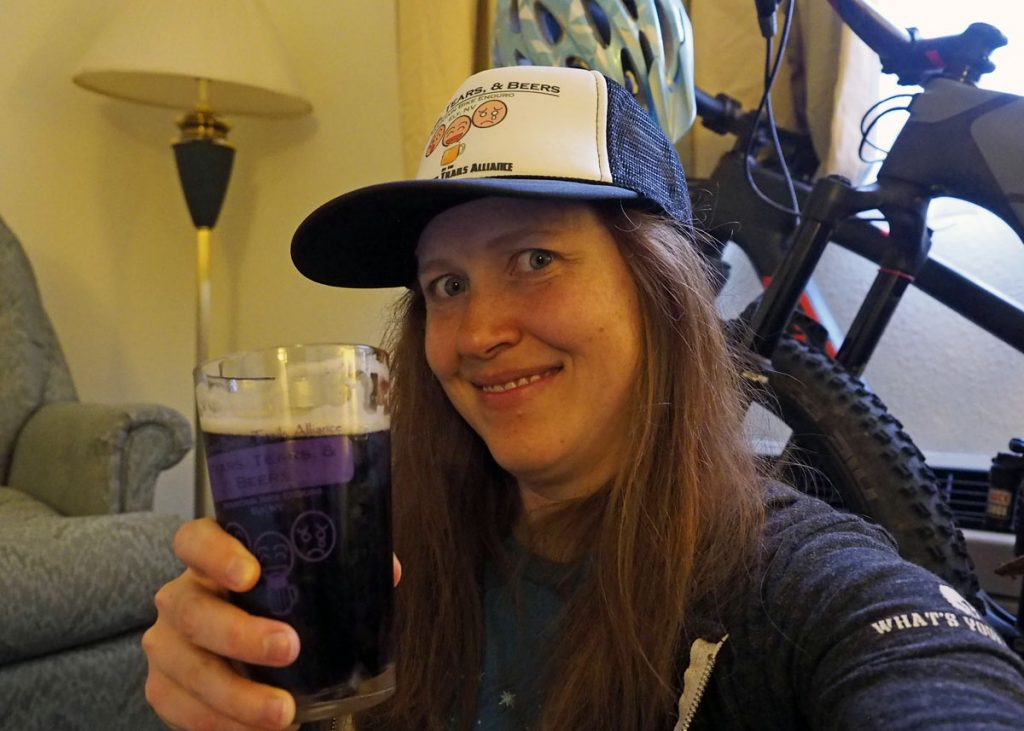 Visit our Facebook page for a full photo gallery.