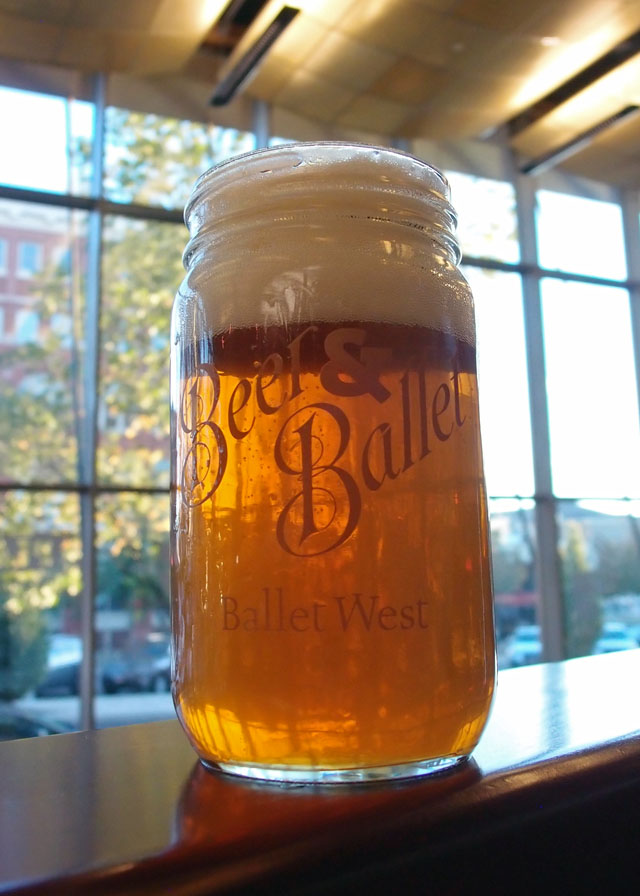 Ballet West’s “Beer and Ballet” is coming this week, Thursday April 14th. Sponsored by Epic Brewing, the event includes beer, light appetizers, and a sneak peak of The Nijinsky Revolution, the latest production by Ballet West set to premiere April 15th. This event is also an avenue for amateur choreographers to enter their works for consideration to be included in the company’s Innovations program, a cutting edge production that features new choreography from around the country and the world.

If this sounds like something you’d enjoy, you and I should probably be best friends!  My love of dance started young. I grew up taking ballet lessons, performing and even eventually majored in dance my first year at college. I’ve enjoyed attending Ballet West productions and even auditioned multiple times for the Nutcracker. Ballet is in my bones. I also love beer. Ok, I’m obsessed with it! When I first heard of “Beer and Ballet” in 2012 I thought it must have been made for me! Why else would they have it during my birthday week?! 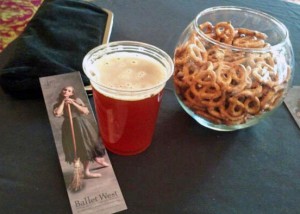 It didn’t disappoint! Held at the Capitol Theatre, Ballet West’s gorgeous home, it started with a reception. Attendees enjoyed tasty craft beer from local brewery, Epic Brewing, and catered finger food. I was a little star struck because also in attendance were some of the members of the Ballet Company. I recognized Christiana Bennett (now retired) and Christopher Ruud (both principal dancers) from the reality show, Breaking Pointe, about Ballet West which aired on the CW that same year.

The performance took place upstairs in the rehearsal space. This is a part of the building most patrons never see. Climbing those back stairs was one of the most exciting parts for me! The blood and sweat is all behind the scenes. Two rows of chairs were arranged against the mirror at the front of the room. The dancers, from Ballet West II (the farm company that feeds the main one), were wearing practice clothes. Most of the amateur choreographers were members of Ballet West, trying their hand at choreographing a piece, sometimes for the very first time. The setting was quite intimate! It felt like we were sitting in on a rehearsal rather than watching a performance. After the performances, the time was turned over to audience questions. Then the party moved back to the lobby for more beer!

Since those early days of “Beer and Ballet”, the event has grown substantially. It no longer takes place in the rehearsal space, but is otherwise much the same. I attended the event in the Fall of 2015 at the Rose Wagner Performing Arts Center. The performance was on the stage inside the theatre, but it still felt intimate. Ballet West principal dancers Beckanne Sisk, Rex Tilton (also one of the evening’s choreographers), and Christopher Ruud socialized in the lobby. I was able to congratulate the choreographer of my favorite piece, Oliver Oguma, who is a corps artist in the company. His number featured Chinese violin music that gave the impression of crying. The performers were two males dancing together in a graceful and meticulous way. It was beautiful! 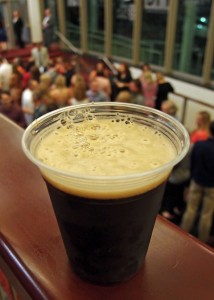 This year, “Beer and Ballet” moves to the Capitol Theatre’s lobby and theatre stage. If you’d like to go, I recommend buying tickets as soon as possible. Visit BalletWest.org to purchase them. 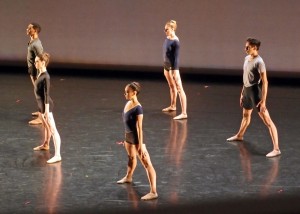