In a perfect world, all beer would be fresh, delicious, readily available, and free. My glass would be bottomless, and no amount of sunshine in the world could make it warm or skunked. Oh, what a wonderful world it would be.

Snap back to reality.

Beer gets old, it’s not always made properly, it’s certainly not all delicious, and it can definitely leave a dent in your wallet if you’re not careful. If you’re not willing to sacrifice your good taste in beer, you had better be pretty picky when handing over your hard earned dollars for it.

I’ve been stung a few times while purchasing beer, not knowing of my peril until I got home and tried to drink what was only fit for a sink drain. At first, I was angry. Then, I was sad. But more than anything, I was beerless and a few dollars poorer.

But what could I do? How was I supposed to know that odd collection of letters and numbers on the bottle meant the beer was 3 years old? In a lot of cases, there’s no way to know. It’s a gamble. But there are ways to be smart about your beer purchases. As someone who spends more money on beer than any other hobby, I’ve learned a thing or two about avoiding the sting of a bad beer purchase.

The date code will be your best gauge for beer freshness. Unfortunately, there’s a myriad of ways to display this information on the bottle, and many breweries have their own code that needs to be deciphered. This website/app is a huge help.

My favorite date code is the “Bottled
On” date. This allows me to be the judge of beer freshness, unlike the “Enjoy By” dates, which leave me wondering exactly how old the beer is. The Julian date code can be confusing, but it’s better than the jumble of letters and numbers some breweries use. The absolute worst is when there’s no date code at all.

Date codes are usually located on the label, but some are stamped on the neck, requiring you to find juuuuust the right lighting to see. Even then, the stamping is usually smudged or illegible. 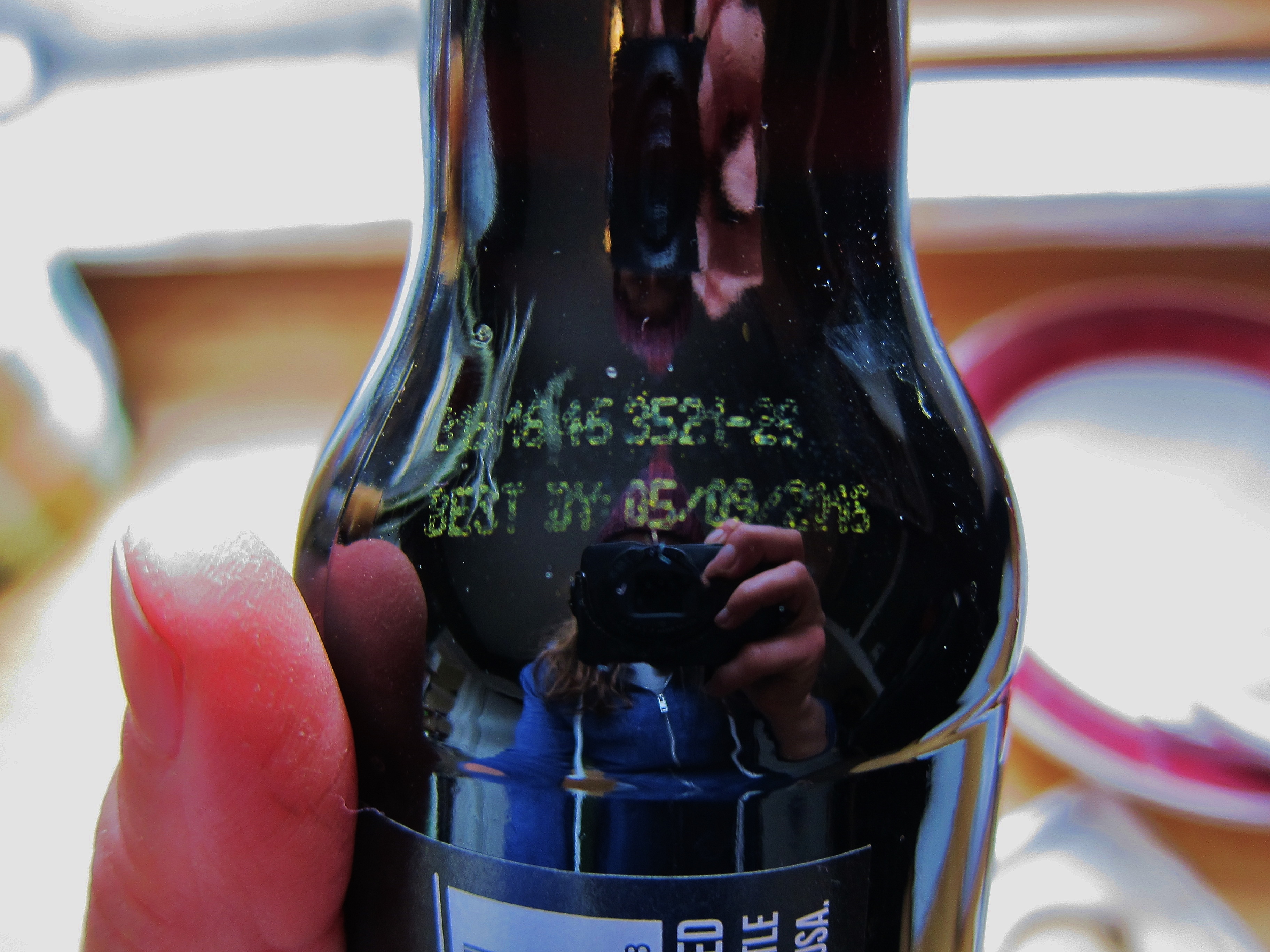 Cans are typically stamped on the bottom. And sometimes, they even have something nice to say!

The store environment is an extremely important factor when it comes to beer freshness. Once you get an idea about how the store handles their beer, you’ll be in a good position to walk out of there with some untainted product.

Here are some questions to ask yourself about the store…

Is the beer kept cold? If it’s not kept cold, how is the temperature of the store?

Heat is high up on the list of enemies of beer freshness. Warm temperatures cause beer to age faster, making that date code a little less meaningful. That doesn’t mean bottles sitting on an unrefrigerated shelf are no bueno. If the temperature of the store is on the cooler side, that beer is probably fine. If those bottles have been bottle conditioned, it’s even better. I’ve found a few dusty bottles that have been long neglected in the corner of some store shelf that turn out to be well aged gems.

Is the beer displayed in direct sunlight?

If those unrefrigerated bottles happen to be displayed near a window with sunlight directly hitting them, I would pass by the whole shelf without a second glance. UV rays from sunlight and even incandescent or fluorescent lights can cause beer to become skunked. The sunlight can also cause temperature fluctuations in the beer, speeding up the aging process.

What is everyone else buying?

This is also a wise question to ask yourself when bellying up to an unfamiliar bar. If everyone is buying PBR tallboys and shot of Evan Williams, that pint of local draught IPA you’re eyeing up might not be a fresh choice. Similarly, if everyone is walking out of the store with bottles of wine and liquor, the beer also stocked in the store for convenience has probably been sitting there for a while.

Does it look like the stock is rotated frequently?

On a recent trip, I was combing through the beer stock of a fairly large liquor store when I noticed this…

Clearly, this store does not rotate their stock. I passed up many beers on my list simply because I couldn’t trust the stock was fresh. I understand this seems snobby, but when I’m dropping $100+ for some beer I’m really excited about, I’ll be damned if that beer is riddled with off flavors and older than a can of beans in the back of my cupboard. Do what you will with your money, but I’m doing everything I can to make sure I’m not feeding the fishes with it.

When inspecting a bottle of beer for purchase, hold it up to the light. If you can see small particles floating around inside, it’s likely very old. Those flakes are precipitated proteins that have come out of suspension over time, creating an expensive snowglobe. It is possible, however, those particles are the roused sediment of bottle conditioned beer. So long as you’re gentle with the beer during inspection and no one else has shaken it up, the sediment of a bottle conditioned beer should stay at the bottom of the bottle.

This is such an obvious tell of a beer not to buy, a five-year-old could pick it out. I once bought a bottle with a cork that was beginning to push out of the neck. Once. I won’t make that mistake again, for all the same reasons you don’t buy a bottle of beer with gunk around the cap.

There you have it, folks. If all of this sounds like too much of a hassle, then buy beer from a local brewery. That’s not to say you won’t find a bad egg or two, but it cuts out the middle man who might care more about dollar signs than stock handling.