There you were, on a Sunday afternoon with a cold beer in your hand, seated at a local joint. The sun was shining, birds singing, and friends were gathered ‘round with libations and vivacious chatter.

That glass of golden brew made its way to your lips in a motion that is as broken in as the shape of your bum in the barstool. And yet, there was something different about this time.

The beer – It didn’t quite taste the way you remembered. You went back for a second sip, and you realized your greatest fear had come true and dropped a massive bird turd on your Sunday funday.

There was something wrong… with your beer!

Calm down everyone; surely we can handle this. Sunday isn’t over yet. But what’s the problem? 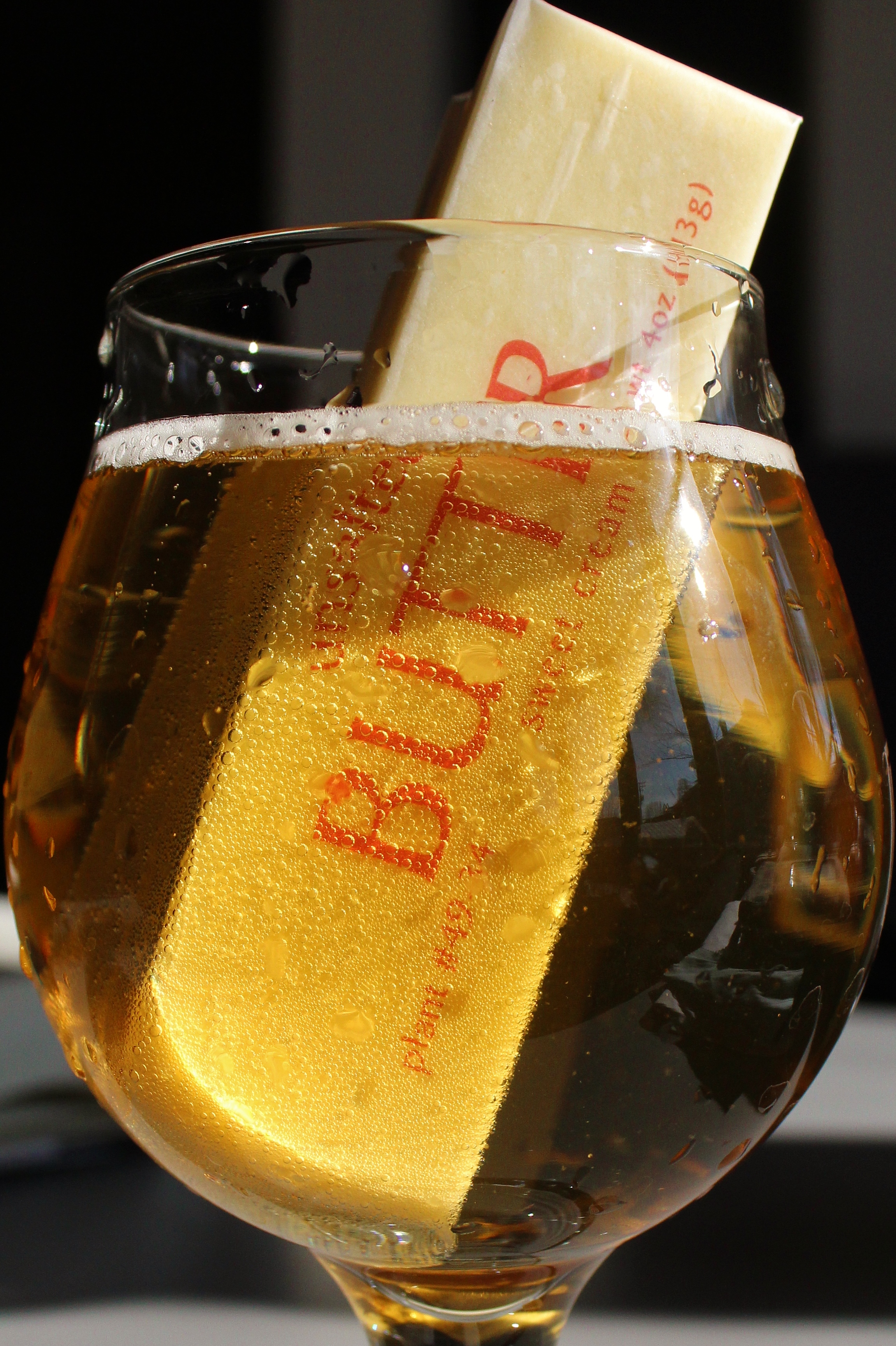 You thought they were making some buttered popcorn behind the bar, but that aroma is actually coming from your beer. You’re not only disappointed there’s no popcorn, but also that your beer is a bucket of butter.

Diacetyl is a buttery flavor and aroma that is considered an off-flavor in most beer. At higher concentrations, it can be perceived as butterscotch, and even create a slick mouthfeel. It’s what gives movie theatre popcorn that classic butter flavor without actually using butter.

Yeast cells leak diacetyl into the beer during fermentation, and reabsorb it later if given the proper amount of time. If the yeast is removed from the beer before reabsorbing the diacetyl, it may end up in your glass. Uncleanliness in the brewery or draught lines at the bar can also be to blame for being served a pint of fizzy butter.

In some styles, diacetyl is acceptable in low amounts. British ales, in particular, are part of this family. So unless you’ve ordered one of those, kindly ask your server or bartender for something else. 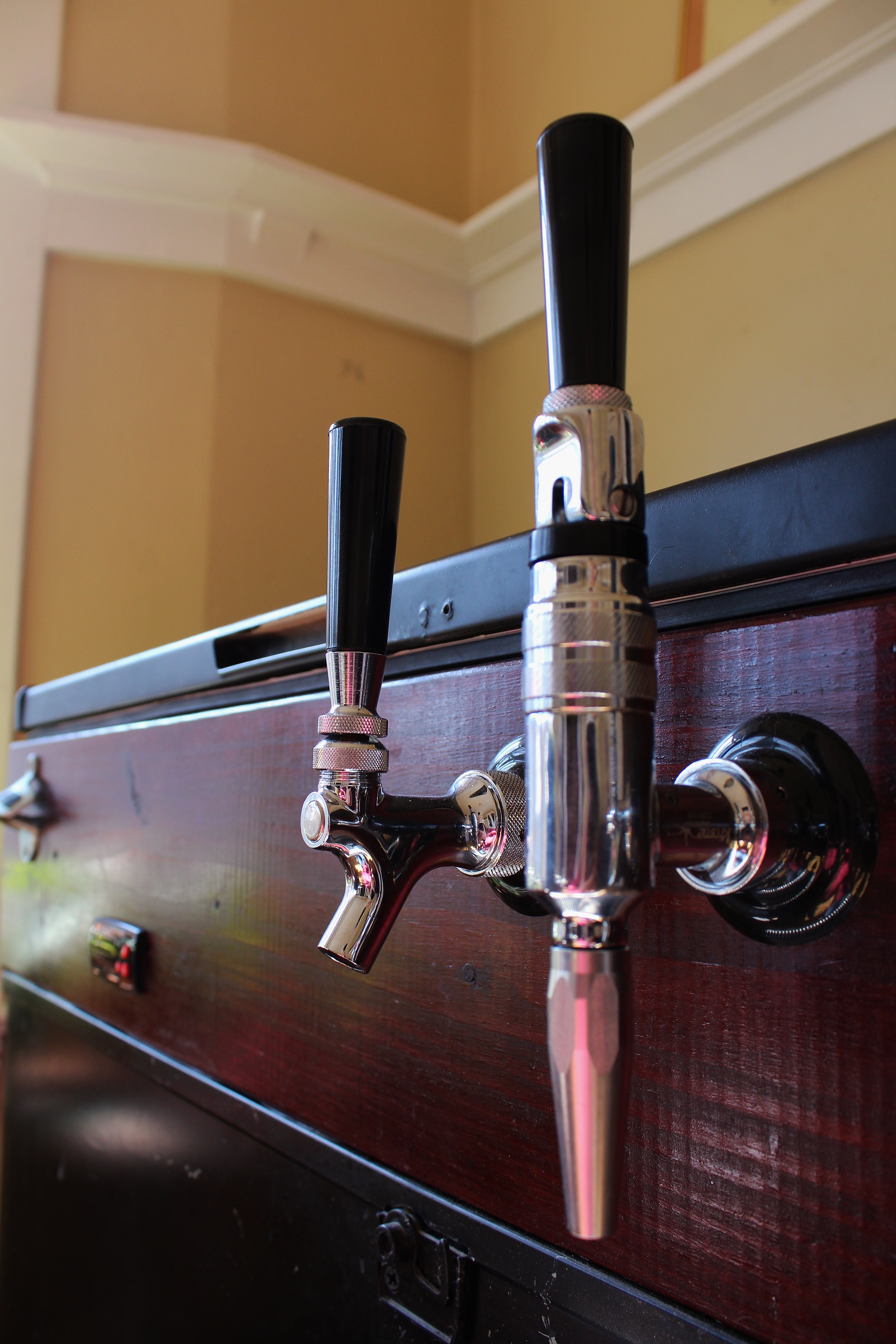 The corner of your lip curls up as your eyebrows furrow. Your eyes water, and all the muscles in your jaw seize. “What is this? Poison?”

Infection is a combination of off flavors caused by bacteria and/or wild yeast. The most common culprit is dirty draught lines. Infected draught beer will often smell and taste like butter (diacetyl) and vinegar (Acetobacter). Draught lines should be cleaned professionally every two weeks. If you’re drinking at a dive that might be trying to cut costs on cleaning their lines, it may be wiser to stick with cans or bottles.

Other infection characteristics include plastic, medicinal phenolics, and sharp sourness. They’re all pretty bold and awful. 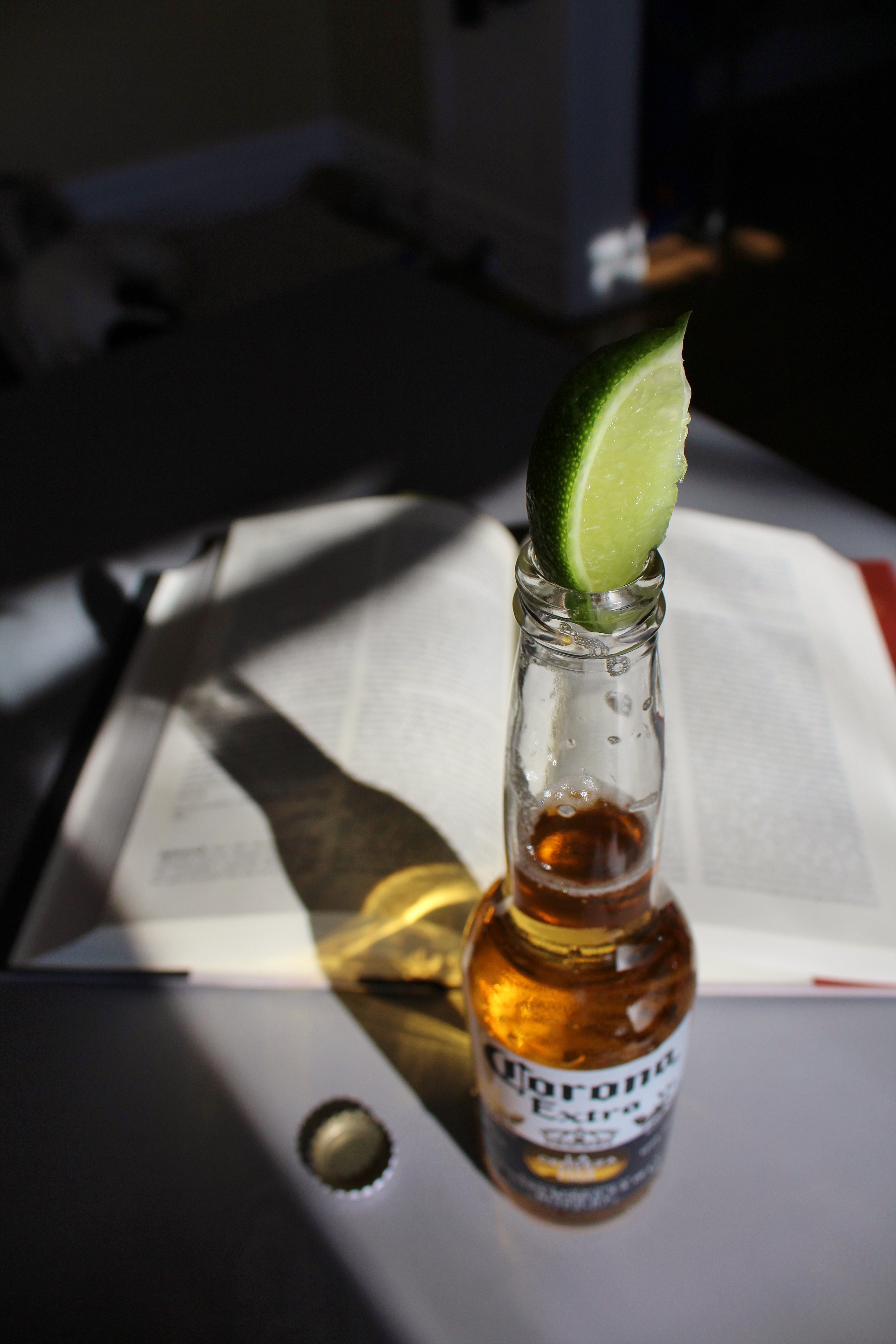 You take a whiff and quickly yank your head back. “Peeeeee-yew! I haven’t smelled anything like this since the last time my dog tried to tango with a skunk!”

A skunky character in beer is considered an off flavor, though some beers wear that stank like a badge of honor. If your beer smells like a skunk’s backend, it’s because of your beer container.

When light strikes beer, the UV rays can interact with hop compounds to create mercaptan, the same chemical that skunks spray. This process can occur within seconds. If your beer is kept in a light tight container like a keg, can, ceramic bottle, or stainless steel growler, you probably won’t have a problem.

Have you ever wondered why most glass beer bottles are brown? Brown glass blocks about 98% of UV rays, while green glass only blocks about 20%. Worse still is clear glass with no protection.

If you order something in a green or clear bottle, it will most likely be skunked. Fortunately, it’s not as repulsive as other off flavors, and glass color is an easy tell for what you’re getting yourself into. 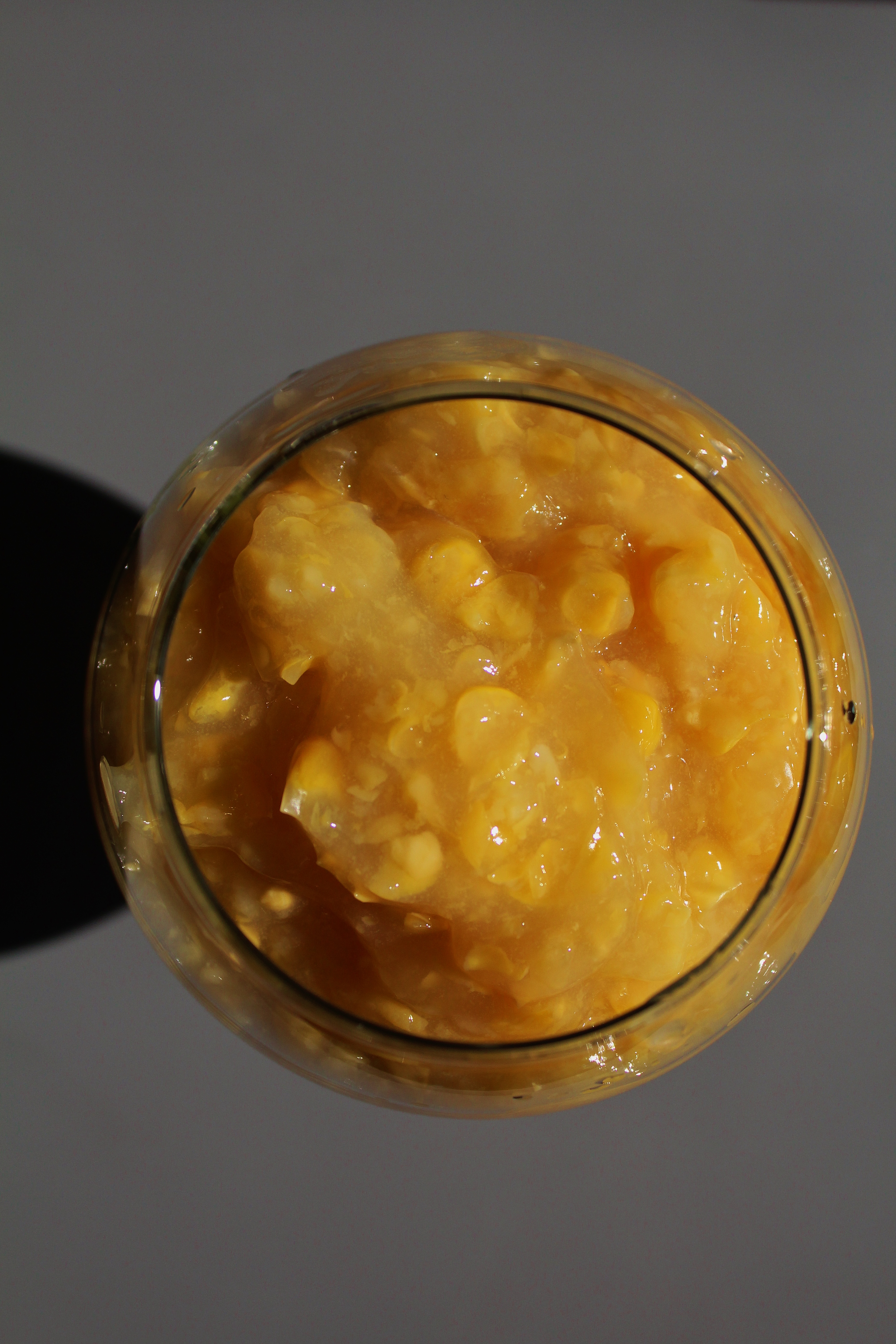 You sniff and sip. Your eyes squint and mouth forms into a straight line. “I didn’t order a bloody mary…” You eye up your beer like it’s a liar holding back the truth. “This smells like tomato soup!”

DMS (Dimethyl Sulfide) can give beer an aroma and flavor of stewed tomatoes, cooked cabbage, or creamed corn. It’s a naturally occurring compound in malt, and is driven off by heat. Light colored malts, having only had small amounts of heat applied, carry the potential to create more DMS than dark colored malts. DMS normally evaporates during the boil, but can remain if the boil is not vigorous enough.

Lighter colored beers are more susceptible to carrying DMS than darker beer, so be sure to check your pilsners. An extra long boil during the brewing process helps insure a DMS-less final product. 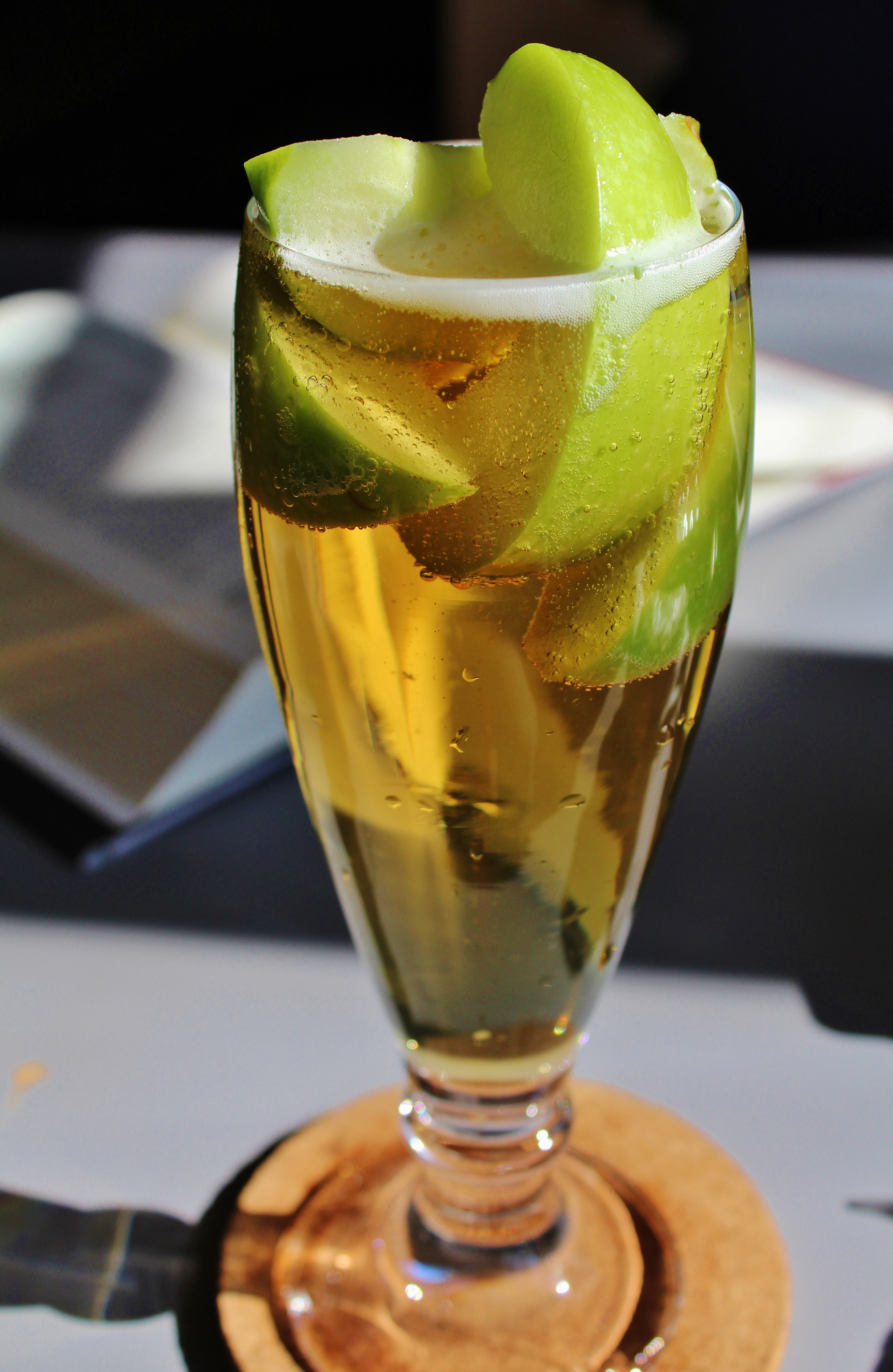 You’re chatting and drinking and suddenly realize there is something strange about your beer. “Is that… apple?” Your eyebrows teeter-totter as you muse. “Since when does Pabst make apple beer?” It’s a light flavor, so you keep drinking and order something else next round.

Moral of the story: allow your yeast enough time to do its thing, or you’ll end up with some buttery Granny Smith in your beer. 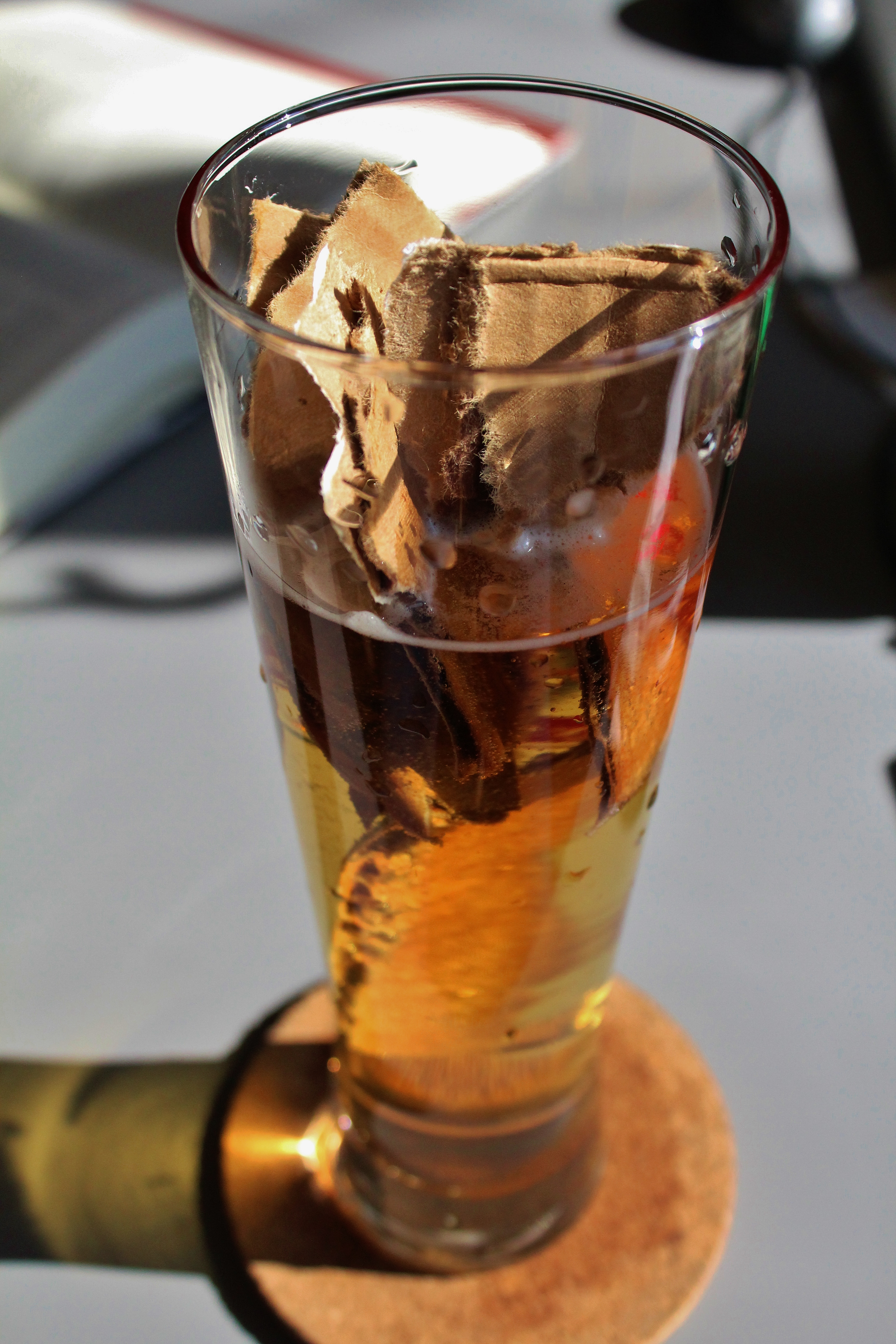 Your first sip deflates you like a popped air mattress. Old age and the improper storage monster has drawn all the life and nuance out of your beer, leaving you with a mouthful of stale disappointment. “It’s just not the same!”

Oxidation occurs when oxygen and other compounds interact with beer, and is usually a sign that the beer is old or stale. Heat will speed up the ageing/oxidizing process, so beer kept at room temperature *coughUDABCcough* will inevitably stale faster than properly stored beer.

Paper, wet cardboard, lipstick, and waxy are all characteristics used to describe oxidized beer. If you’ve ever left an opened beer out overnight and smelled or tasted it the next morning, you know what I’m talking about.

On the positive side, oxidation can also produce flavors like honey, toffee, or sherry. This is most common in darker, higher alcohol beers with small amounts of oxidation.

Once your beer has an off flavor, there’s not a lot you can do about it. But cheer up, pal! Most drinkeries offer more than one kind of beer. So grab something different for the next round, dry up your tears with a bar napkin, and get back to enjoying your afternoon. Just keep that next brew out of direct sunlight, will ya?