And by that I mean the giddy holiday spirit that makes grown, bearded men squeal with joy. You didn’t think I was promoting serving alcohol to children, did you? Tisk, tisk.

Holiday cheer is for all people, “to kids from 1 to 92”. As an aside, 5-year-old me used to be worried for my great grandma who was pushing the latter age. Would she not be wished a Merry Christmas when she turned 93??? Kids are concerned about the weirdest things.

Adults are concerned about the liquor stores closing before they can stock up for their holiday parties. For many, holiday cheer comes in liquid form designed to make you less embarrassed about that horrendously ugly holiday sweater you’re wearing. Egg nog has been a Christmas beverage staple for years, but what about our favorite sudsy brew?

Beer! I know you’re still trying to finish that six pack of pumpkin ale that has been sitting in the back of your fridge since October, but I’ve got something a little more seasonally appropriate for your mitted paws.

BEHOLD! Holiday Ales are among us. So give that pumpkin ale to your friend that didn’t make it to the liquor store in time, and savour one of these spiced holiday ales instead. 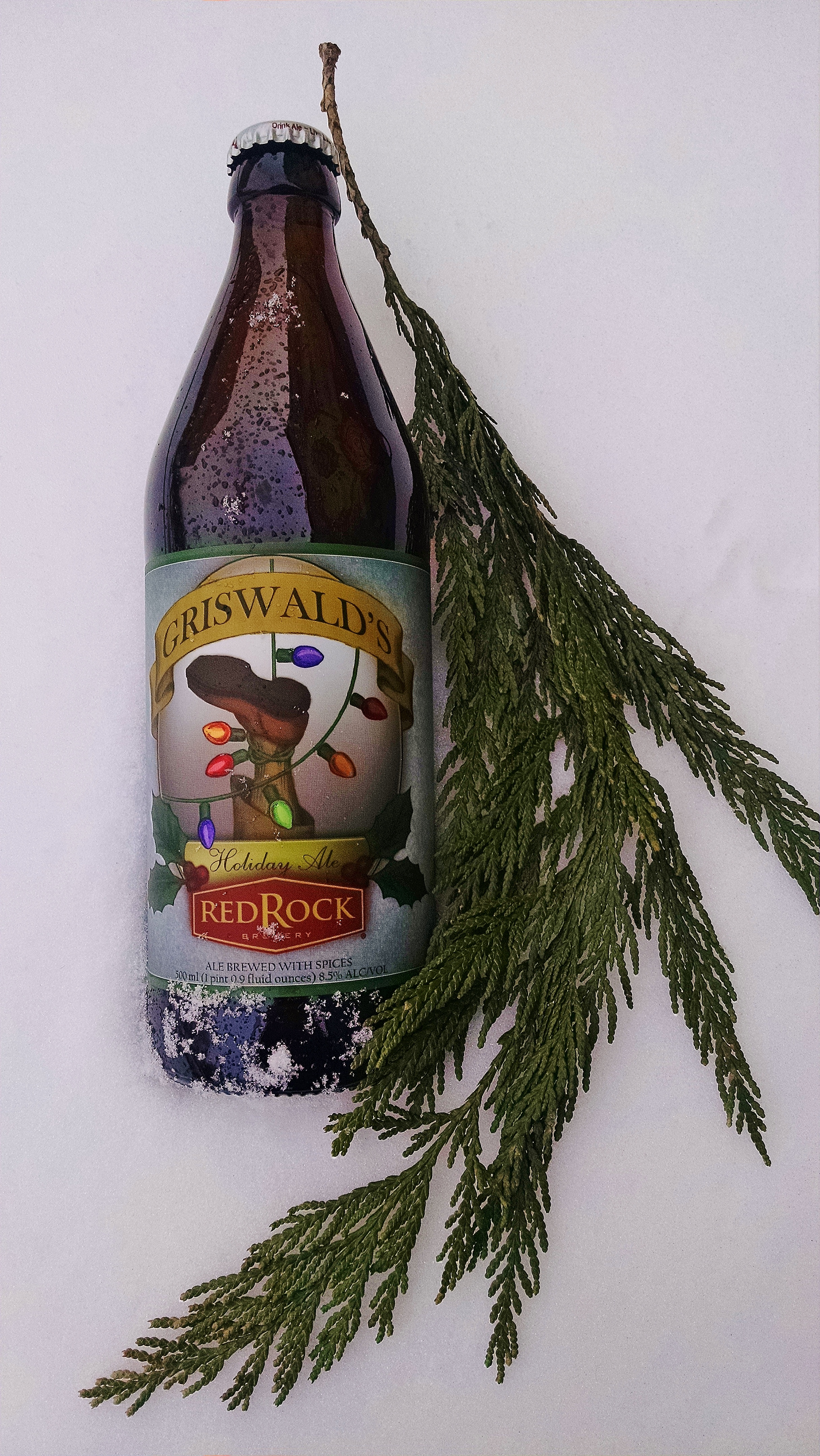 Sweet gingerbread, clove, and brown sugar are on the nose of this golden colored ale. It tastes like it smells, with additional flavors of biscotti, orange peel, and cinnamon dusted Irish potato candy. It’s sweet, but not cloying. If you’re afraid this 8% ABV brew might get you on Santa’s naughty list, try the session version called Red Rock Holiday Ale. It’s made with the same spices, but packs half the punch. 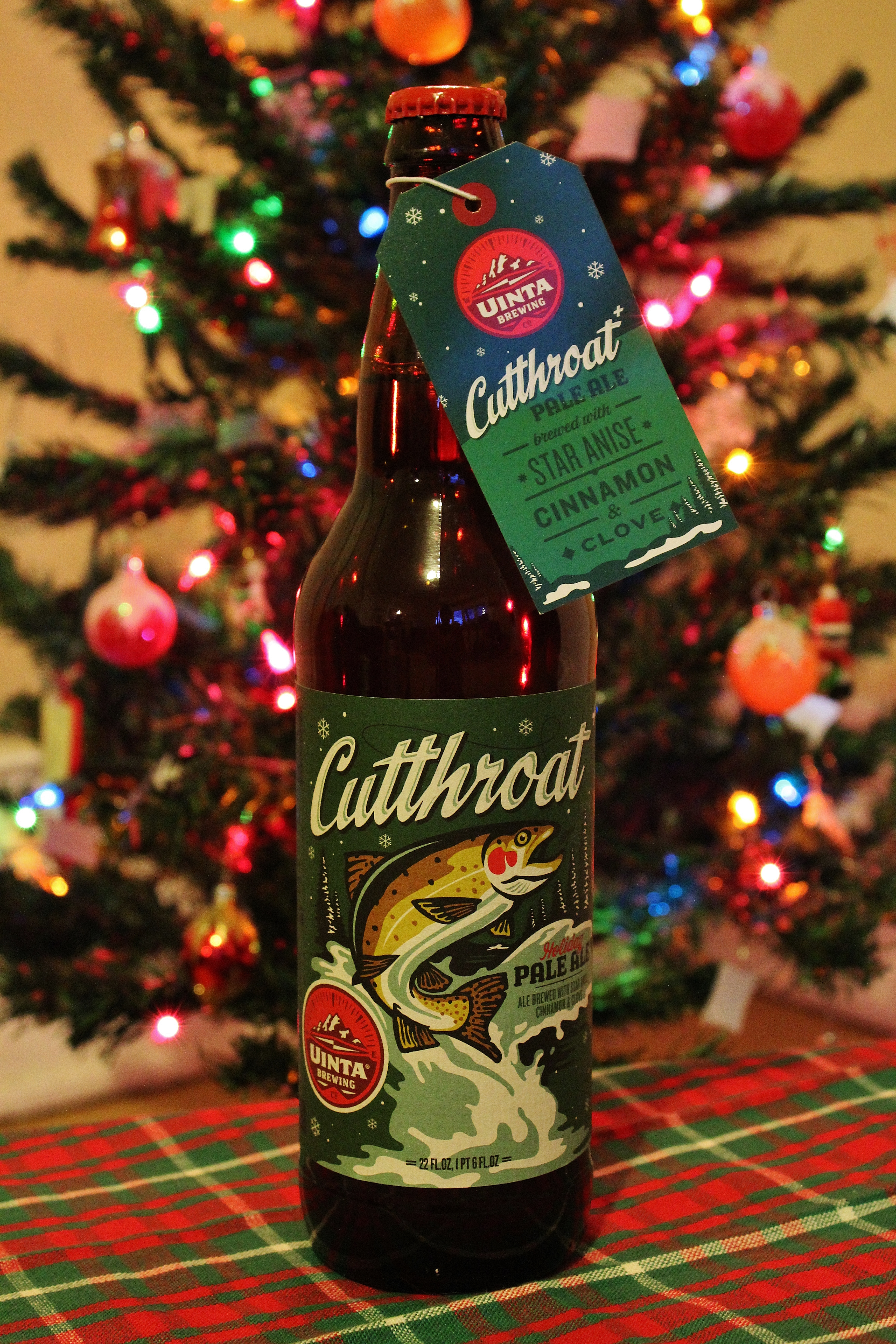 On the first sip, I’m firmly reminded this is Cutthroat first, and a holiday ale second. Licorice, star anise, cream of wheat, and old fashioned doughnuts meld with grassy hops and toasty malt. The balance definitely leans toward bitterness, with a gentle echo of cinnamon on the finish. I wasn’t expecting a spiced holiday ale to be so bitter, but it’s very welcome!

This 4% ABV twist on a classic is available in bottles at Utah grocery stores and on draught at many bars throughout the state. 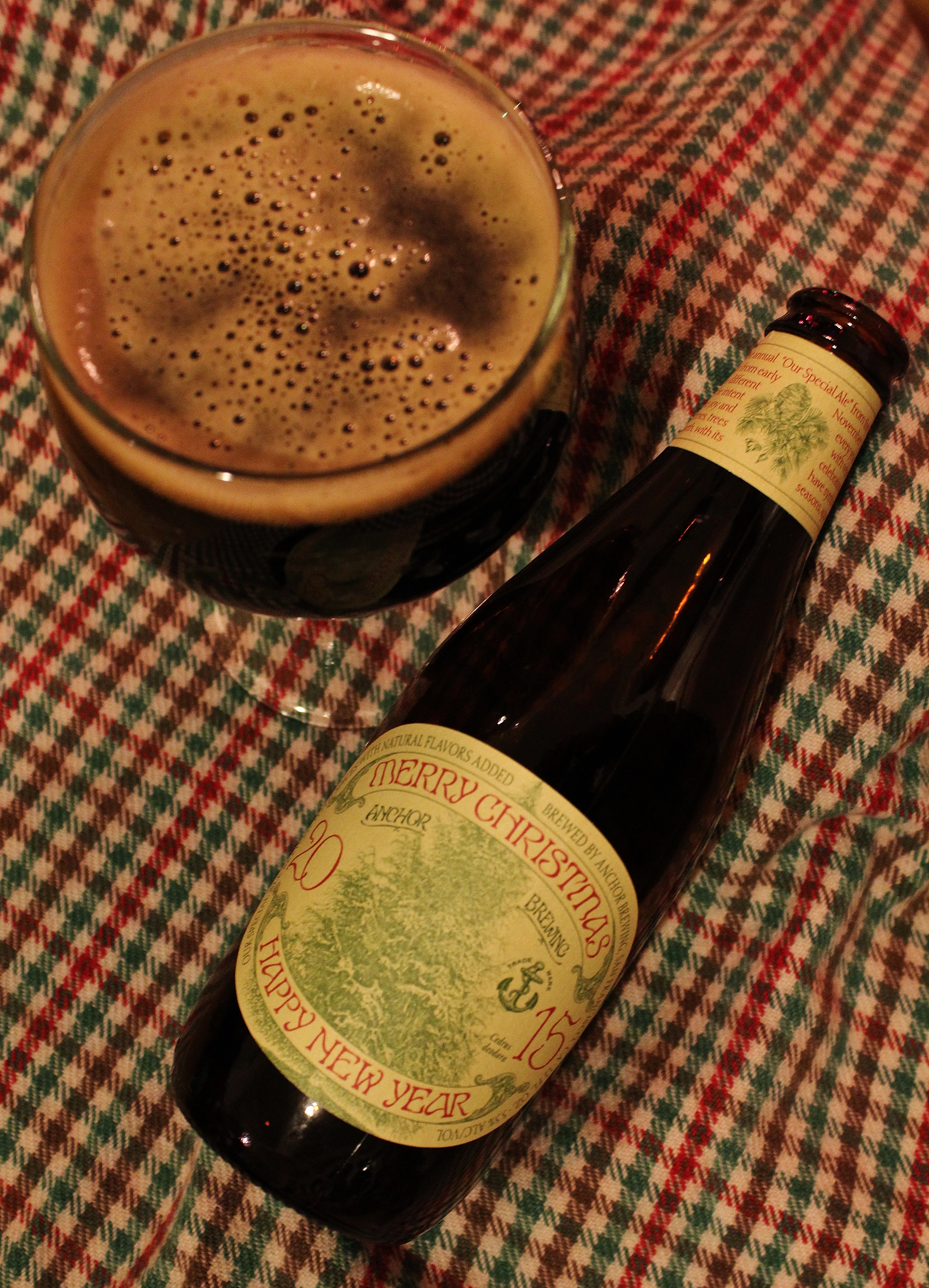 As the weather turns colder, people begin turning to darker beer. Anchor Brewing is right there on cue to fulfill that need. They put out a different Christmas Ale every year, and this year’s version offers bold notes of dark chocolate and roasted barley. Tart dried cherries, toasted walnuts, and pumpernickel are along for the ride as well. At 5.5% ABV, you can probably still drive home from the Christmas party.

Anchor Brewing Christmas Ale is available throughout the states at various locations.

As always, drive safe or not at all this holiday season. Uber, Lyft, or taxi to your holiday parties if you plan to drink. But most importantly, have a hell of a wonderful time! Cheers!