Two and a half weeks ago, I jumped into my truck in the wee hours of the morning to embark on a 5,000 mile journey full of family, friends, and so very many beers. I spent half as much money filling my glass as I did my gas tank (which is a lot!), but I have no regrets. It was  d e l i c i o u s. Over two weeks, I was able to visit 14 breweries, as well as some excellent beer bars. It was a dream trip come true! It may be a long while before I’m able to take a trip like that again, but I’m content to reminisce… 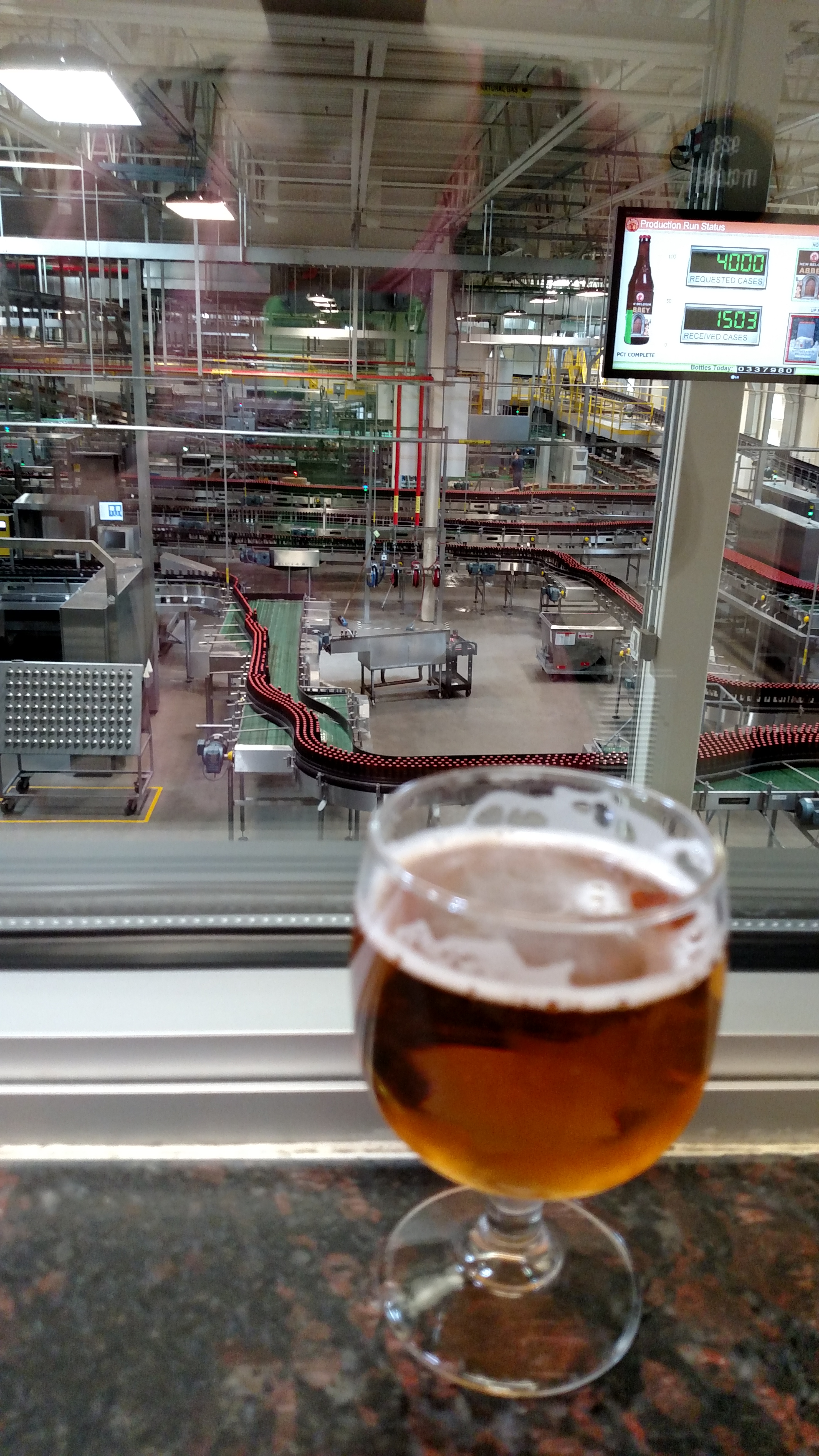 My first stop was at New Belgium brewery. There may have been more bicycles than humans, and there were certainly more beers than bicycles. I’m happy with that ratio.

I snagged the last spot on the 1:30PM tour, and grabbed a beer from the bar before we set off. Over the following 90 minutes, I learned all about New Belgium’s history, eco-friendly practices, and just how unacclimated I was to the elevation. Phew! Our friendly tour guide, Tara, did an excellent job herding us around the brewery grounds and stopping frequently to make sure we were well beered. Our tour ended with a ride down the spiral slide and a final stop in the tasting room.

Must Try: Anything from the Hop Kitchen or Garage Series. 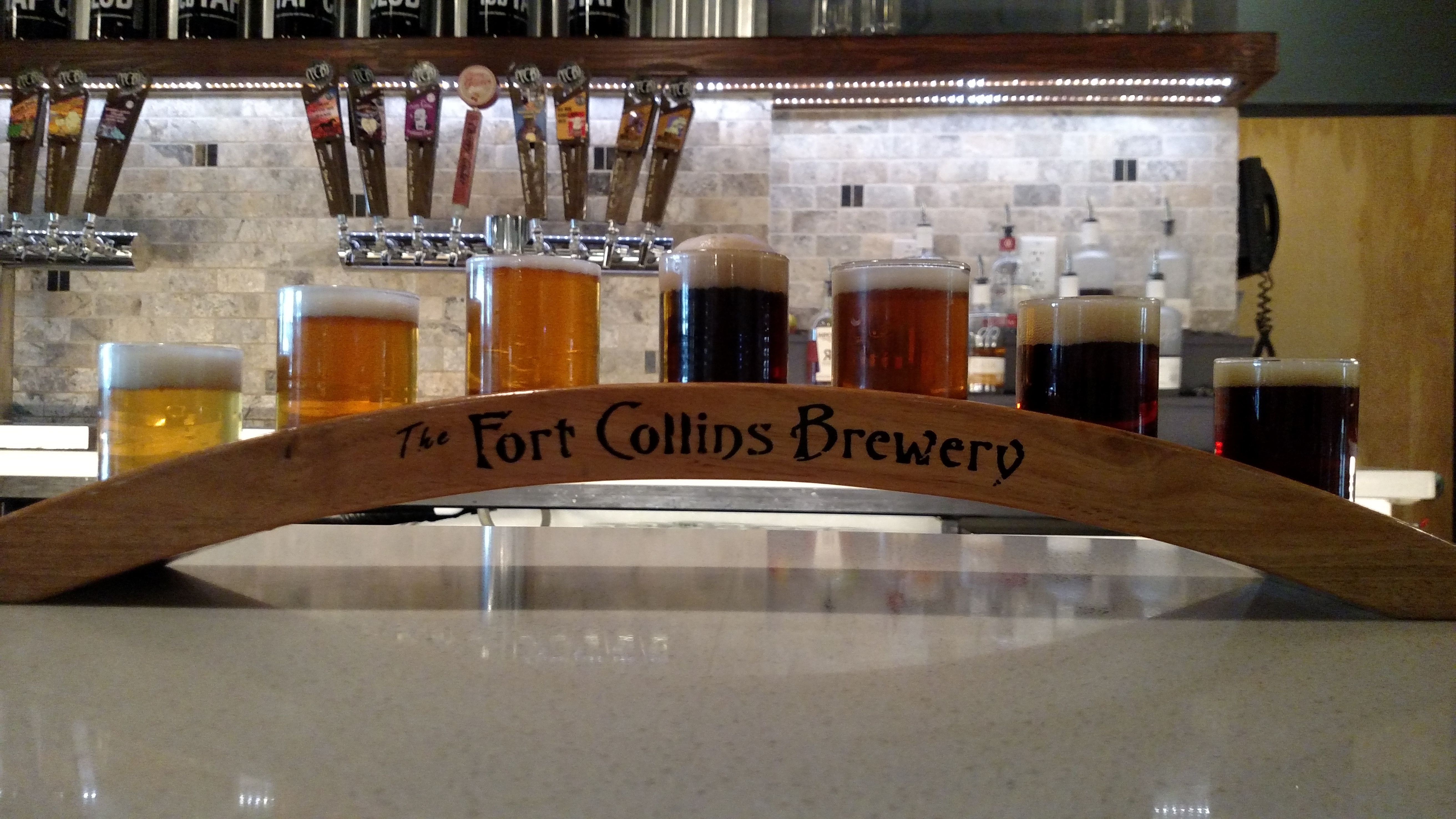 This is the home of the 2015 Great American Beer Festival gold medal winner for the Oktoberfest style! I had a flight of 7 different tasty beers, but would have been happy to sit down with a couple pints of their Oktoberfest. I also enjoyed a prime rib dip sandwich that may have been the best food I’ve had on my entire trip.

Must Try: Oktoberfest, Oldwyn’s Wild Sister, or anything from the Malt Monster Series. 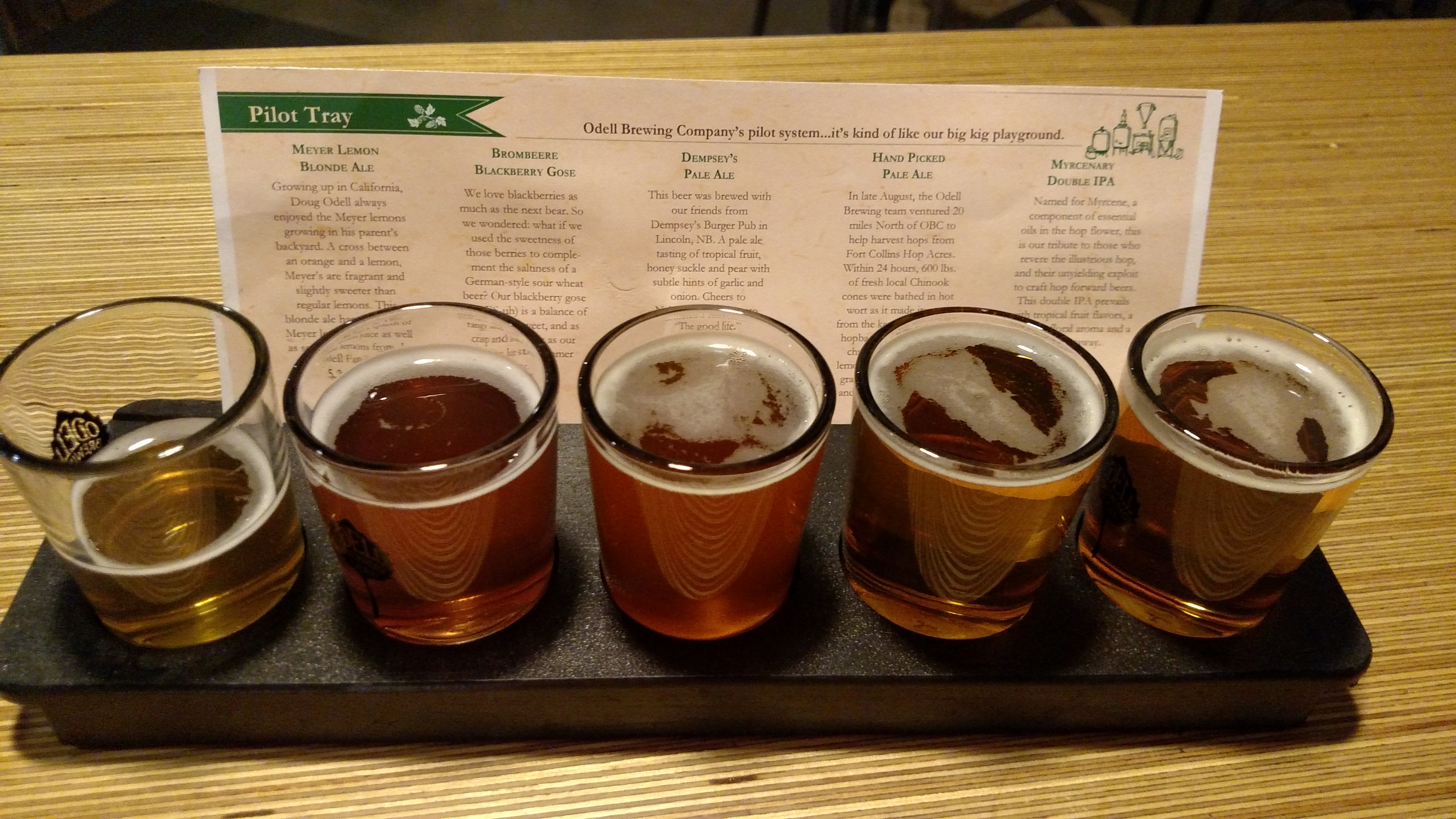 Odell was, hands down, my favorite stop of the whole trip. No where else was I blown away by every single beer in the flight. Their Hand Picked Pale Ale is the best harvest ale I’ve ever had. Each brew was unique, complex, and neither overwhelming nor boring from first sip to last drop. Beer aside, their staff is on point. Everyone was friendly as if I was a regular, which I’m now sad that I am not. Odell will be a definite stop on future Fort Collins trips. 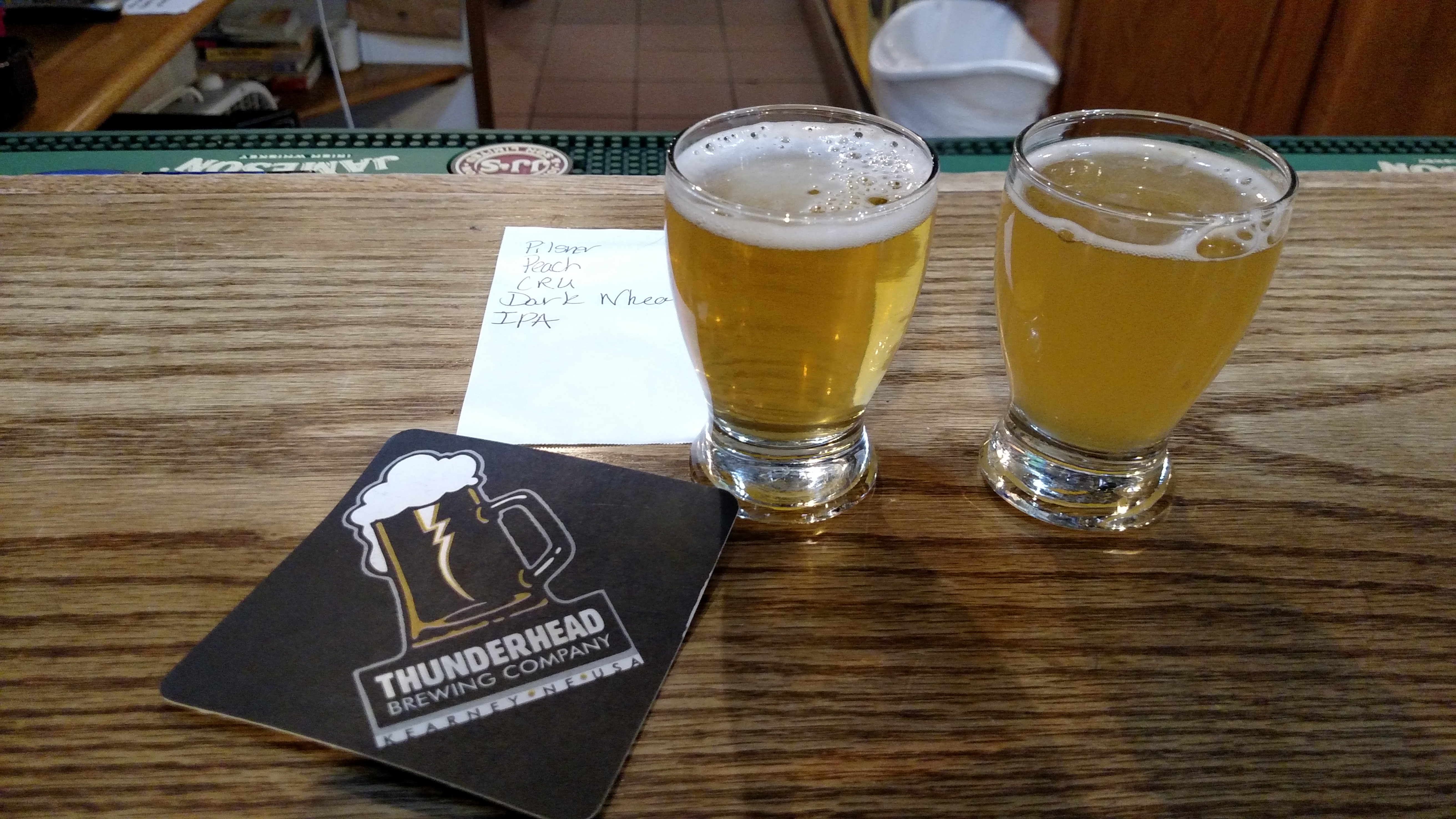 As soon as I walked into Thunderhead, it became abundantly clear this was the local watering hole for Kearney, NE. I found a well broken in seat at the bar and ordered a flight. It wasn’t long before I was kabitzing with the locals about politics and catching up on the town gossip. Bartender Kem was the no-nonsense type, quickly shutting down any rabble, but chuckling and putting in her two-cents when appropriate. My kind of gal! She shared with me the company history, and a few extra tastes of the good stuff.

Oh, and the beer! Some small town breweries can get away with offering a lackluster product because there’s no competition. That’s not the case at Thunderhead! They’ve only got the primo stuff. I paired my flight with a Thunder Pie (alfredo, chicken, bacon pizza), and was soon sated and happy.

Must Try: Schaben’s Pilsner, Grail Ale Grand Cru, and if you’re around at Christmas time, get some Tiny Tim Christmas Ale and share some with me! 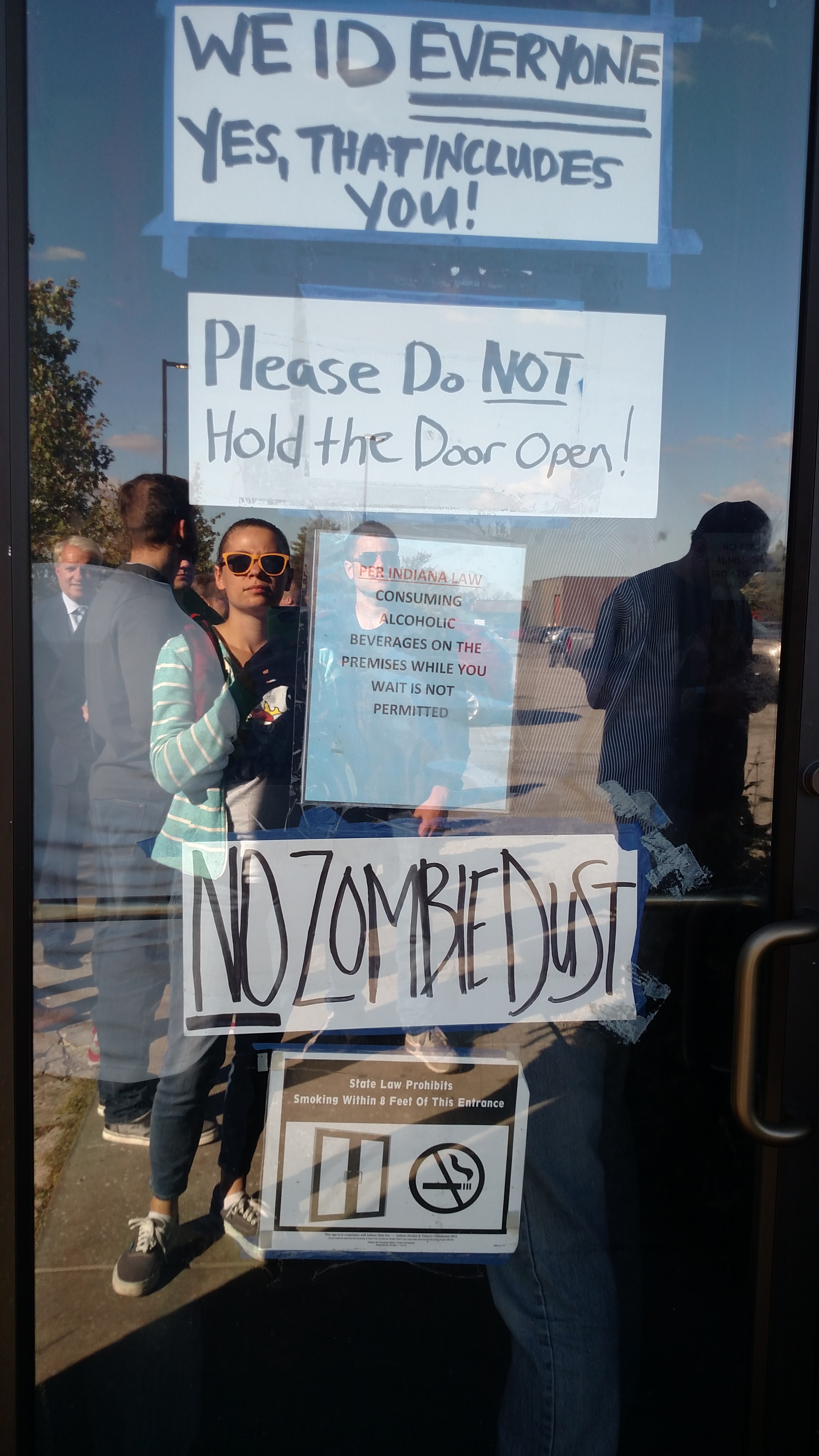 FFFs is widely considered a beer mecca. When I drove up, there was a line 15 people deep out of the bottle shop, and more people waiting outside to be seated in the pub. 3 Floyds is located in an industrial district with plenty of parking, but I still had to park down the street and walk a few minutes to get there. Granted, it was 1:30pm on a Friday, but still.

I lucked out and found a seat at the bar straight away. The demeanor of the staff was friendly, but it was obvious they’re used to high volume and dealing with guests that are less than genial. Once they discover you’re actually a courteous human being, the place feels a bit more welcoming. I guess you can’t blame them for being slightly robotic at the start.

The beer is pretty superb. I was sad their bottle shop was out of the ever-popular Zombie Dust, but enjoyed a ten ouncer fresh at the bar. It was a religious experience! I found a few other new favorites, and it soon became clear why they have such a cult following. I do believe, however, that the brewery experience is a touch overhyped. I’ll have to visit again sometime to reevaluate. Until then, I’ll seek out some FFFs whenever I go to a bottle share. 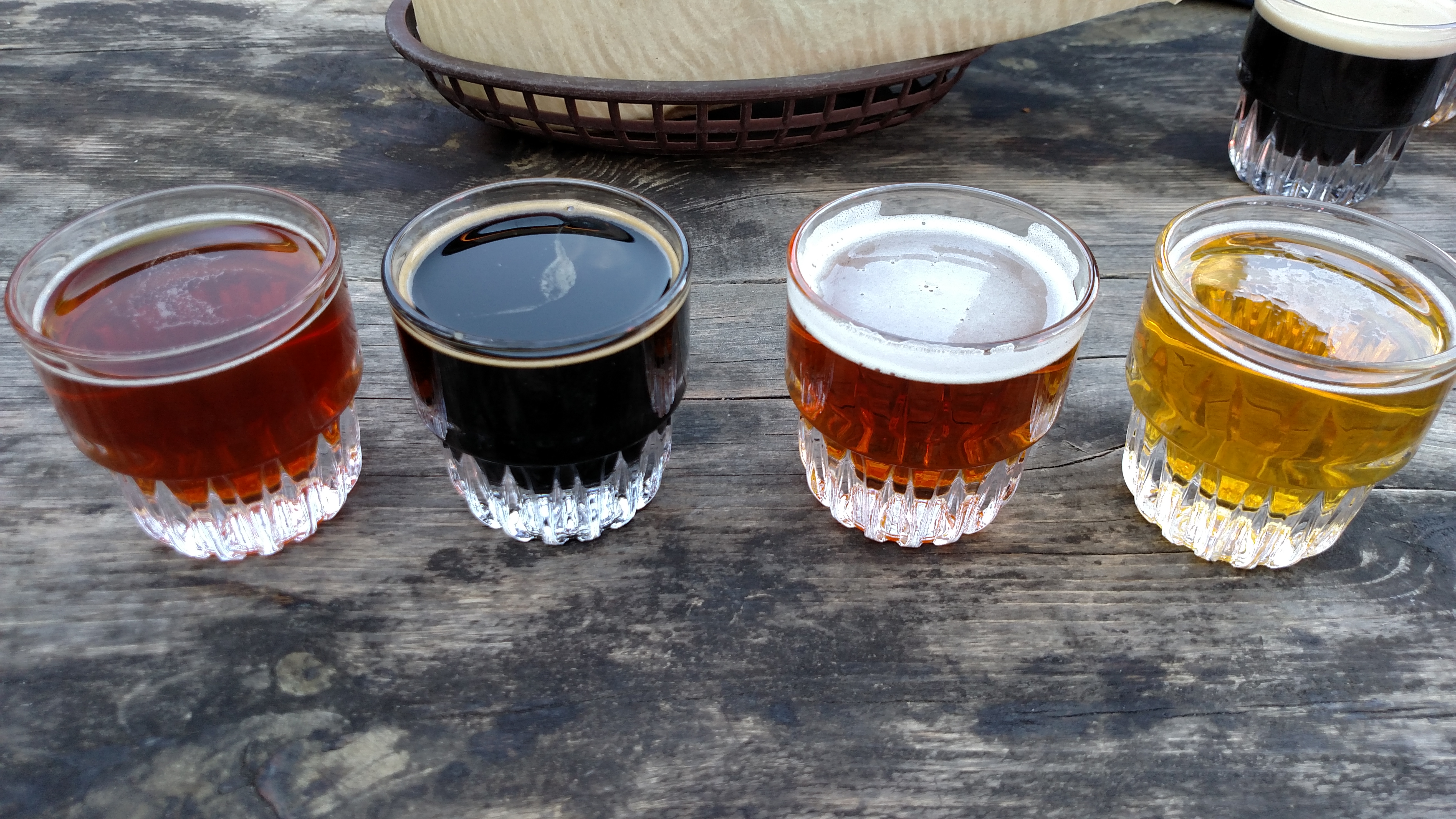 Michigan is a great beer state, and my brother Mike just so happens to live near Grand Rapids. Needless to say, visiting him was a double treat. The two of us made our very first trip to Founders on a brisk Sunday afternoon. Mike isn’t a huge beer guy, but he told me he was a fan of Dirty Bastard. I learned this firsthand when he knocked back the 5oz sample before the bartender could finish pouring the rest of the flight. So much for me stealing a sip! We gathered our group of fat little glasses and managed to find a clear bench outside. I was a fan of pretty much everything, but the Breakfast Stout really stood out from the rest. Mike just wanted more Dirty Bastard.

The experience was solid, and felt somewhere in between a local hangout and a tourist attraction. It was busy, but well managed. Get some of their pretzel sticks with Dirty Bastard mustard and find a cozy spot to stoop over a pint with some friends. You’ll feel right at home. 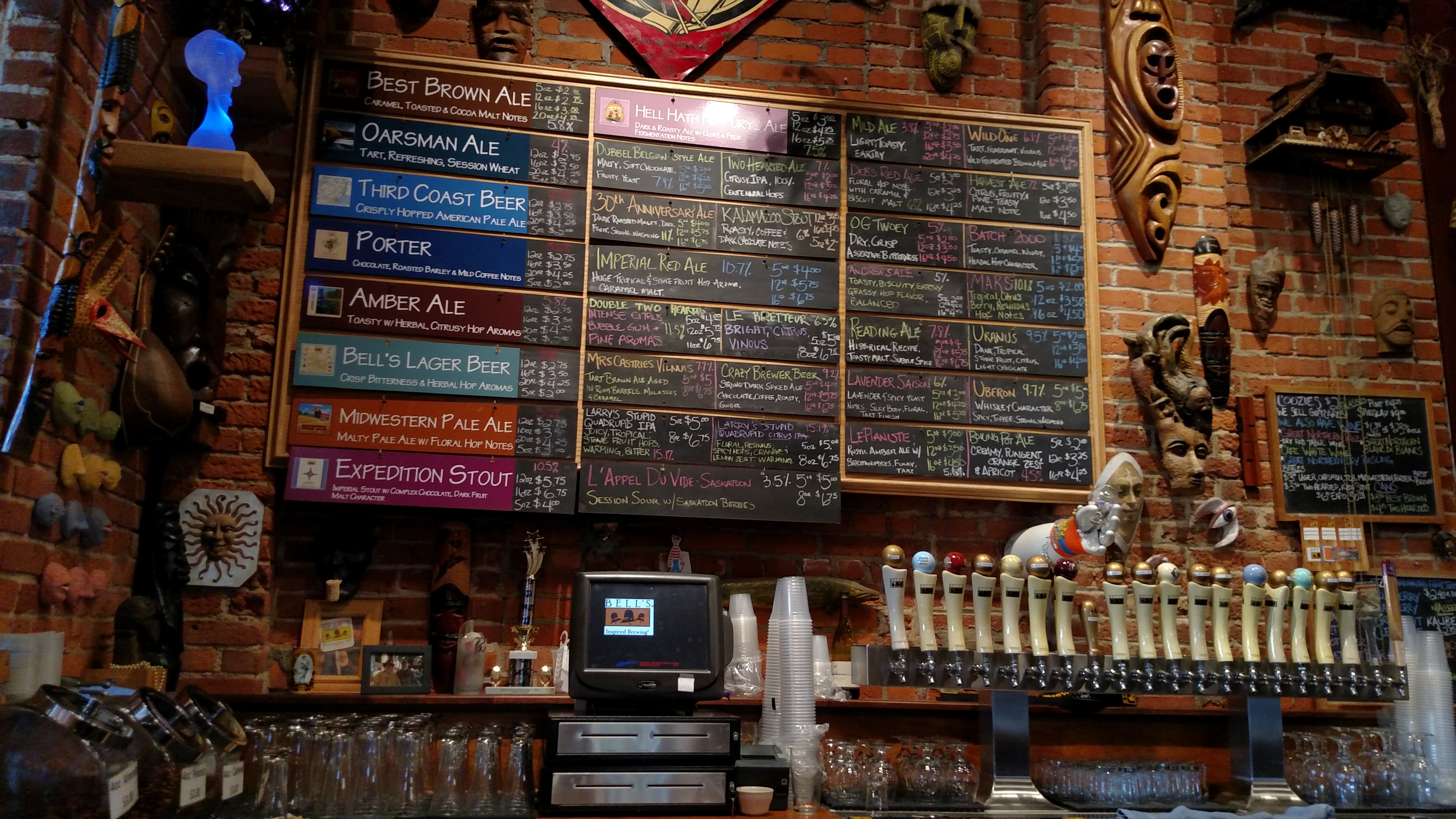 The interior of Bell’s Eccentric Café proves the place is aptly named. Tribal trinkets, old signs, and historic knick knacks adorn the walls all the way up to the vaulted ceiling. It comes off as a museum you can eat and drink in. In addition to year-round offerings, their tap list was full of one-off brews available only at that location. You can guess which beers I went for.

I would have passed on Andrews’ Ale had I not stumbled across an article I found online. This beer is brewed with rare Chevallier malt, and aged in 100 year old cypress tanks that once belonged to the Stroh Brewery in Detroit. It tasted of earth, pine, deep toast, and touch of Brett. It was history in a glass! Bell’s comes off as very humble. It’s fairly well known for Best Brown and Oberon, but highly underappreciated for its sours and historic offerings.

Wait a second, that’s only 7 breweries! But aren’t you tired of reading yet? Look for part two of 14 Days, 14 Breweries in two weeks to see how my trip wrapped up. Here’s a hint… 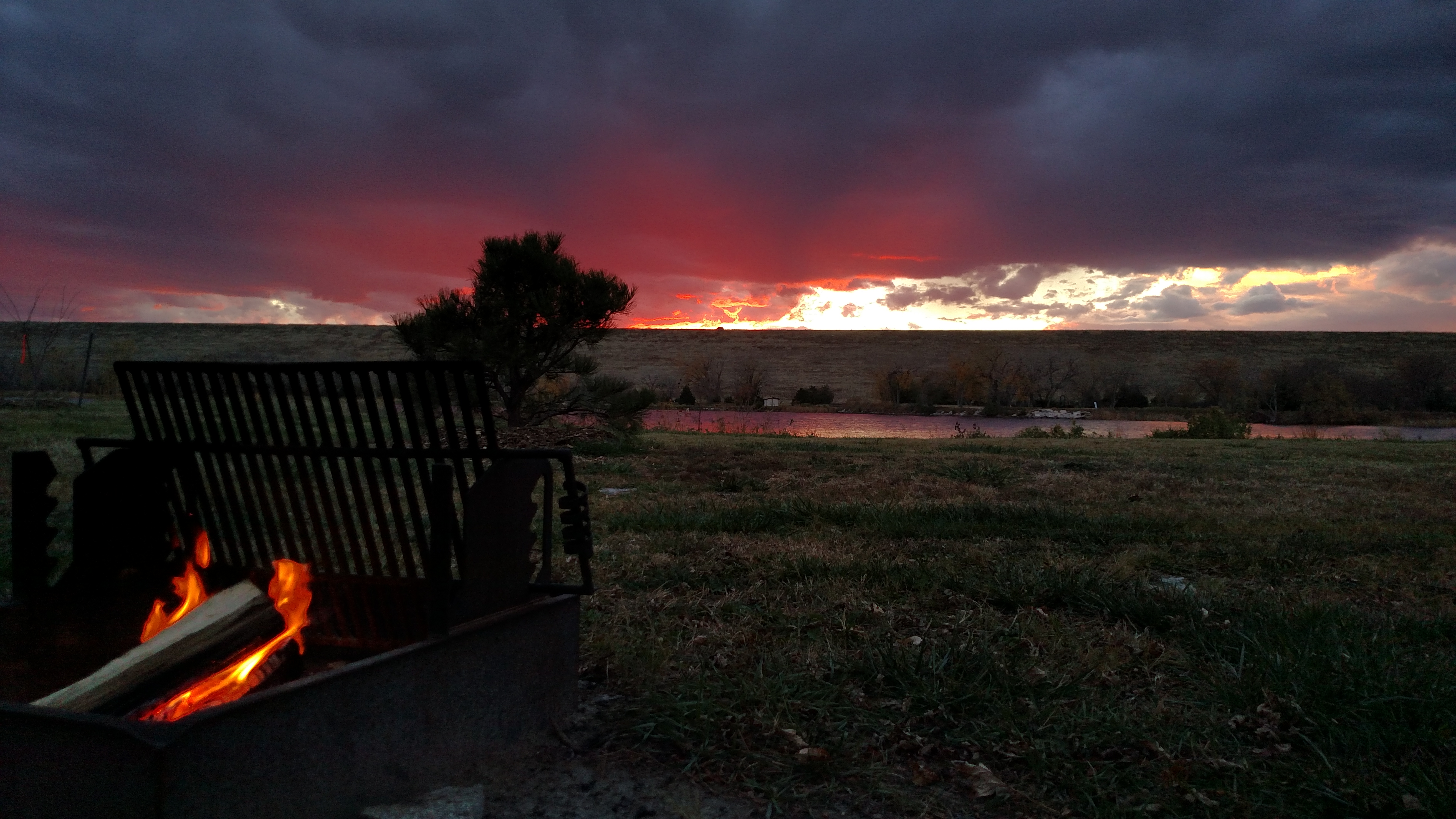