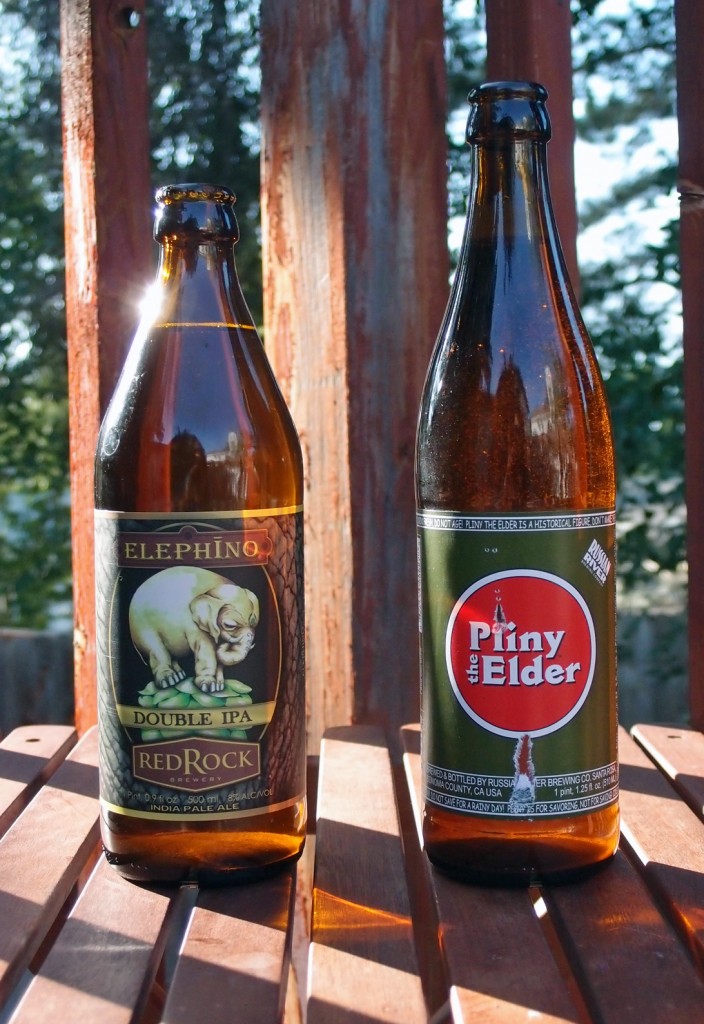 The Elephino Double IPA from Red Rock Brewing Co. in Salt Lake City has been my #1 favorite  beer for a long time. It was love at first taste! I’d been a fan of IPAs for a long time, but never tasted one quite like it before. There is this citrus, floral, piney aroma, and such a nice balance in the flavor. It’s more than just a super bitter, hoppy IPA like some I’ve had. There are these waves of flavor that hit me as I drink it, and my mouth is in ecstasy! I’ve since tried some other beers that I like almost as much, but still nothing that has toppled Elephino from its perch at the top of my list.

About 3 years ago, I heard about this amazing beer called Pliny the Elder from Russian River Brewing in Northern California. There was an incredible amount of hype coming out of the Bay area about it. The beer, brewed in small batches, sells out quickly and is, therefore, hard to get your hands on. Beer stores in California who carry it limit how many you can buy. It trickles outside the state to beer drinkers in the rest of the country. As a result, this beer can be like liquid gold, used to barter and trade. People are frenzied to get some! I was very excited when I finally got to try it.

With all the buildup that preceded my getting to try Pliny the Elder, it was probably impossible for the beer to live up to the hype. The heavens didn’t open up and the angels didn’t sing. I thought it was good; really good! But, it didn’t outshine Elephino. I was surprised because, though I am a cheerleader for Utah beers, I didn’t expect a brew from one of my humble local breweries to really measure up to something this coveted and sought after. Why go out of my way to procure Pliny the Elder when I can so easily just drink Elephino? The question dogged me after that. I’ve since had the pleasure of drinking several bottles of Pliny the Elder, but I’ve never once felt that it eclipsed Elephino. I had to do a side-by-side tasting to be sure.

Ideally, both bottles of beer would be absolutely fresh, but since I live in Utah, that isn’t very practical. What I had was two bottles of Pliny the Elder dated March 23, 2015. Well, I’ve certainly had fresher! I did two tastings: one July 25th and the other August 22nd. For the first tasting the Elephino was from November 2014. Yikes! I did buy a fresh bottle of Elephino dated July 27th 2015 to use for the second tasting. So this was by no means a controlled, scientific experiment, but it was a lot of fun and really interesting to drink both beers simultaneously. 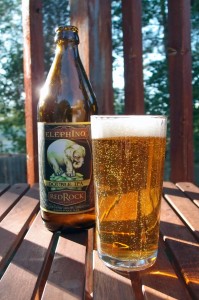 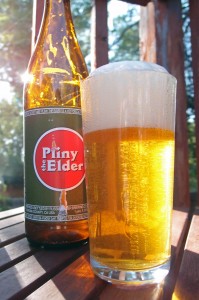 Both Elephino and Pliny the Elder are double IPAs, have a beautiful golden hue with an aroma of tropical fruits, citrus, pine, caramel malts, and floral notes. Both have flavors that are well-balanced between strong bitter hops and sweet malt. They weigh in at 8% abv, but go down smooth as the strong flavors hide a lot of the alcohol taste. Each beer is brewed with several hop varieties, but the only one we can be sure occurs in both is Amarillo.

Elephino is brewed with Columbus, Cascade, Amarillo, and a couple of other hop varieties known only to the brewer. It’s then dry-hopped using whole leaf Amarillo hops. Pliny the Elder is brewed with Amarillo, Centennial, CTZ, and Simcoe hops, no mention of dry-hopping. Pliny the Elder pours with a substantial creamy head and appears slightly cloudy while Elephino is clear with a head that dissipates more quickly and has more of a bready grain aroma. Pliny the Elder seems to have a sharper bitter hop profile and perhaps comes off a little saltier compared to Elephino’s stronger, slightly sweeter malt character that gives it a rounder, softer flavor. Elephino also seems to taste a bit more of citrus, grapefruit in particular.

I have to say that I was really surprised at how similar these two beers are. At one point I didn’t know which one I was drinking and I thought I’d know my beloved Elephino for sure! But, the more I tasted, the more I could detect subtle differences, and I think it really comes down to personal preference. For me, the strength of the malt balancing out the hops in Elephino are what make it a winner in my book. For those who prefer a less sweet, snappier hop punch, Pliny the Elder might beat out Elephino. If you enjoy this style, you’ll probably be happy with either in your glass. I say drink them both and as often as you can! Don’t bother to wipe the grin off your face. 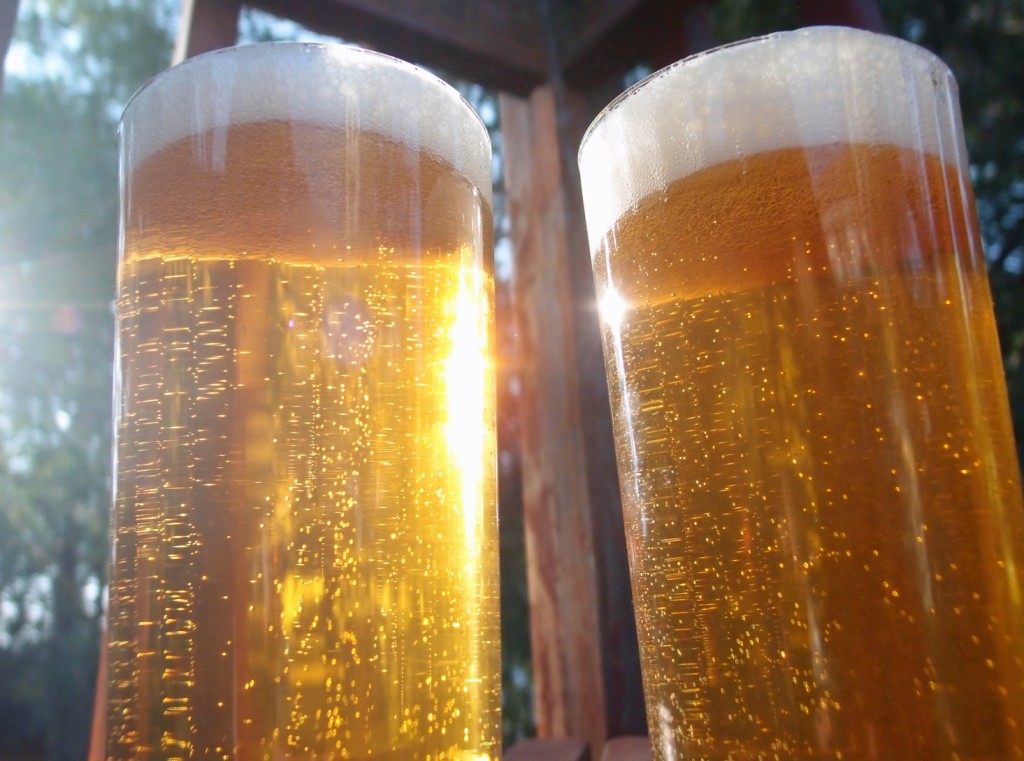