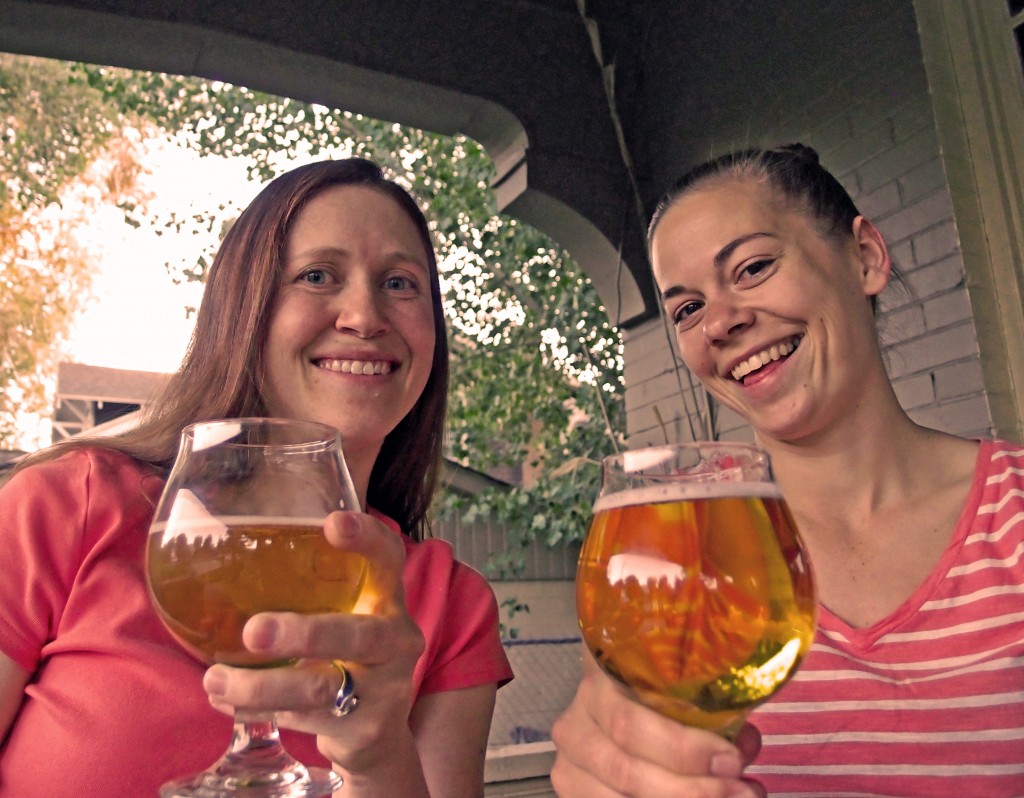 Hey, have you heard? Yes, it’s true! Girls love beer. No, I’m not talking about light beer, syrupy-sweet fruit beer, or beer that needs a slice of orange floating in it.  I’m referring to real, honest to goodness, full-flavored beer. You might say this has sort of been a boys club for a long time, but no more!

Thanks to the ongoing craft beer revival, there have never been more interesting, complex, and unique beers available to tempt the palate. Long gone are the days of beer being all about testosterone laden gatherings of low-hanging, jeans-wearing dudes who slam cans of cheap American pilsners, belch, and then body slam each other. If that sounds like a cliché, it is. But so is the idea that a woman wants to drink a white wine or a cocktail and have her nails done. Do these caricatures exist? Of course! Most of us started out with the run-of-the-mill, and dipped our toes in the waters of beer drinking gradually. But today, there are a growing number of women out there who are bucking the norms and asking for beer, not diet soda, as their main drink of choice.

Not only have we moved past average beer, but more and more of us are downright in love with the stuff! That’s right, we’re pouring it out into glasses, admiring the color and rich, foamy head, swirling and sniffing, sipping and smacking our lips in ecstasy. If a camera is handy, and it usually is, we arrange each beer with its bottle and take a photograph to share with our girlfriends (and guy friends) who are bound to be sufficiently jealous. We run down to the local brewery, sometimes even waiting in line, for the latest limited release of something we’ve never tried before, and conjure interesting beer and food pairings to highlight the flavors. Women are an inquisitive, thoughtful, and enthusiastic sort who don’t do things half way, and that includes loving beer.

These days more women are also delving into brewing. Does this mean you don’t have to have a big, bushy beard to brew beer anymore? Thank the Gods! Women, like Penny Pink of the Portneuf Valley Brew Pub in Southeastern Idaho, are founding their own successful breweries. The former microbiologist can now boast sales of around 15,500 gallons of beer every year, and she’s just one of many female brewers and brewery owners now competing in a male dominated trade. It’s amazing to see the ways that women are taking the industry by storm! But you don’t have to start brewing or get a degree to be passionate about beer. All you need is an adventurous spirit, an open mind, and a little curiosity to get started. You’ll find that you don’t even have to hang out with the boys to do it! More and more of the ladies are developing a thirst for new and interesting craft beers that keep our lives and our glasses full, fresh, and effervescent. Girls love beer!